We had a great long weekend at home in Orlando! It was so nice to escape the snow and spend time with my family in 80 degree weather. I am SO thankful I got to see my dad and it meant so much to him to have the whole family together under one loud and crazy roof. It was definitely the boost of happiness he needed after receiving confirmation that the cancer has in fact spread to both kidneys and his back. He began radiation on his back on our last day there and has a difficult road ahead. So extra snuggles with his grandbabies was just what the doctor ordered.

I feel like the road trip always needs it’s own recap since it’s a two day event in itself! I would grade both segments there and back a C+ since the kids treated me like a stewardess for 9 very long hours. About every 6 minutes I was being instructed to pick up a dropped toy or sippy cup, crawl into the back seat to change the DVD out or provide a new snack. Oh, and then there was that minor snafu on the way down when I finally had an opportunity to do my makeup and got sloppy with my navigation responsibilities. It wasn’t until we started seeing signs for Charleston that I realized we missed our turn 40 minutes ago. Buuuuuut we MADE IT! 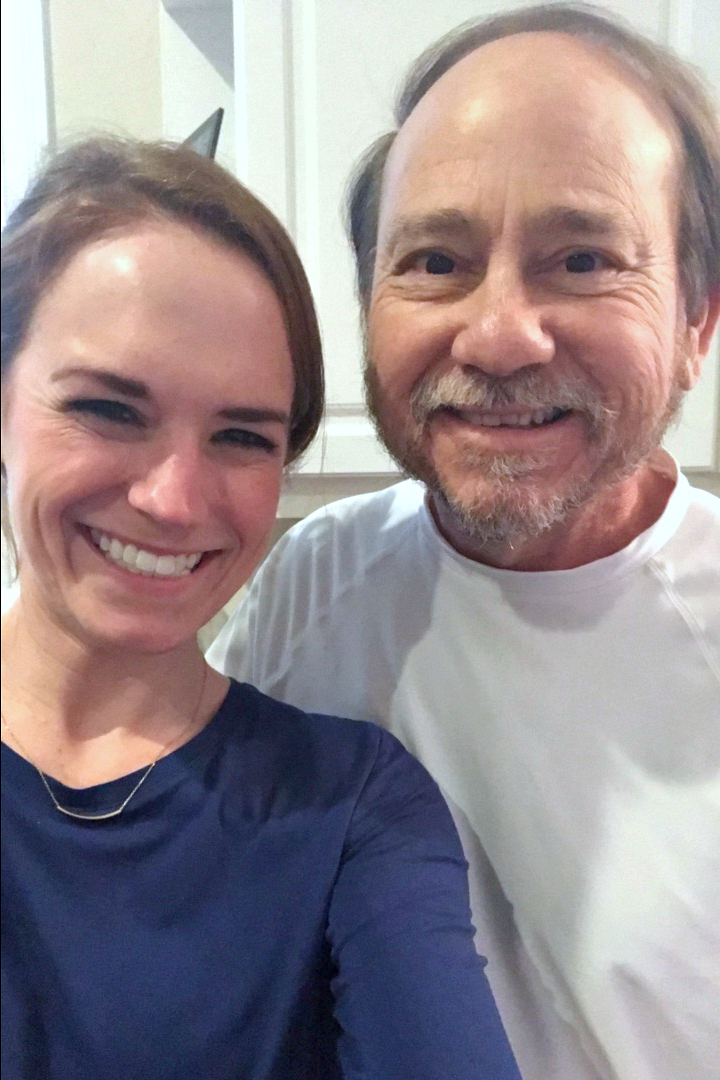 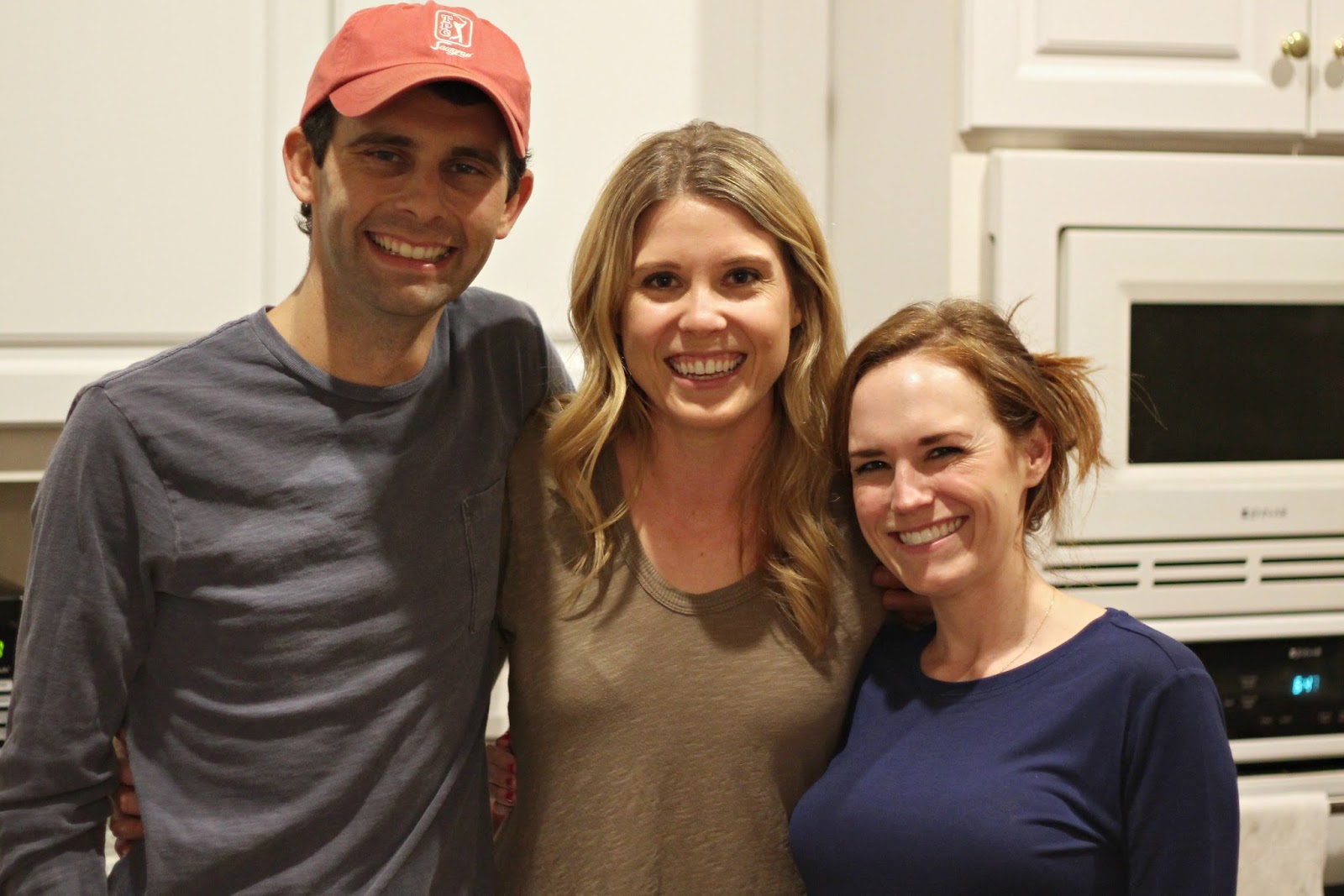 Shortly after we arrived home on Friday my best friend May and her hubby Justin stopped by with dinner for my family so my mom
wouldn’t have to spend any time cooking or cleaning dishes. Is that not the most thoughtful thing of all time? Bonus points that the meal was extremely delicious. 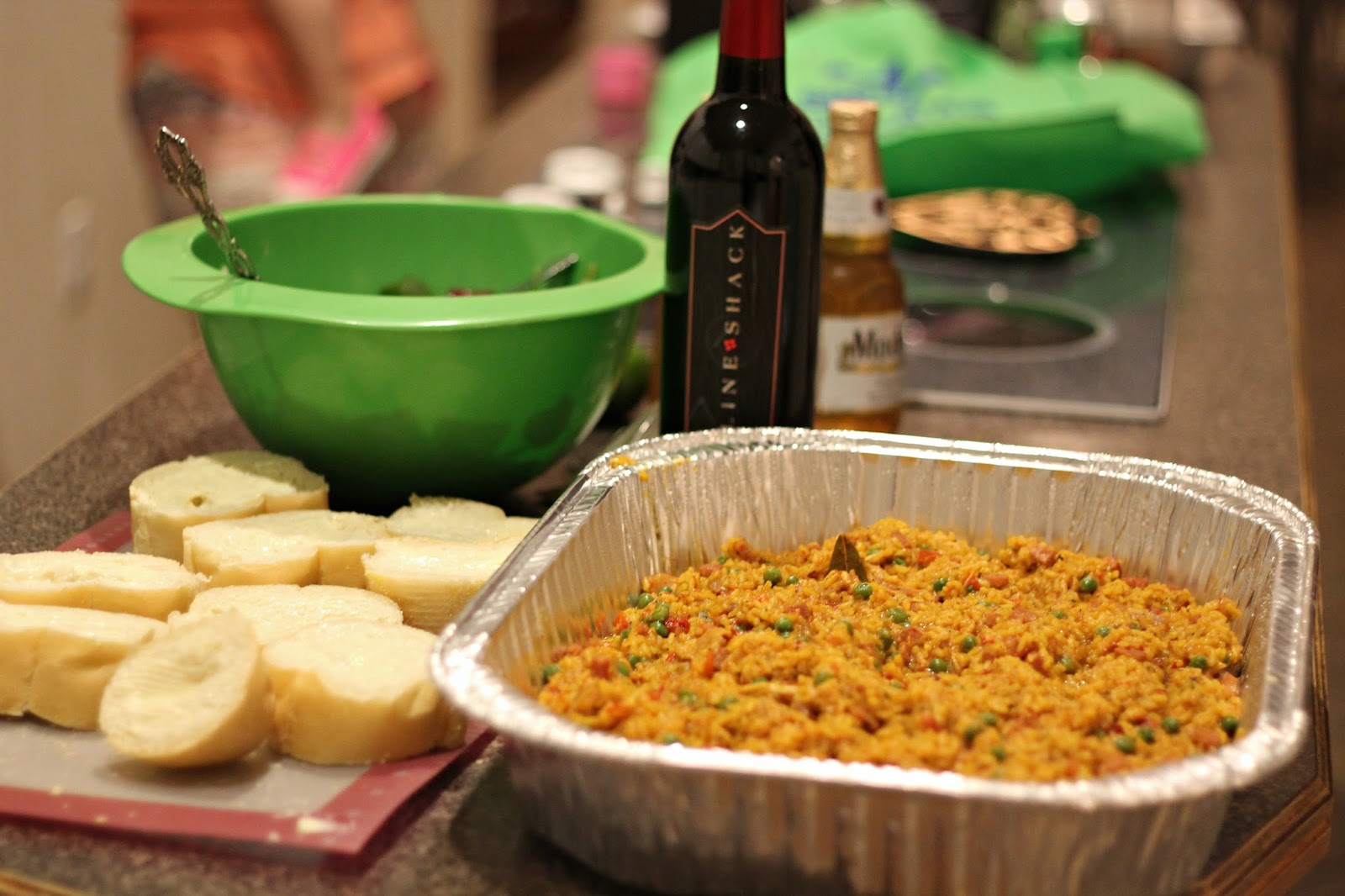 For dinner Justin made one of his specialties — a delicious pan of chicken and rice. They also brought fresh bread, salad, beer and wine…and it fed 11 of us! 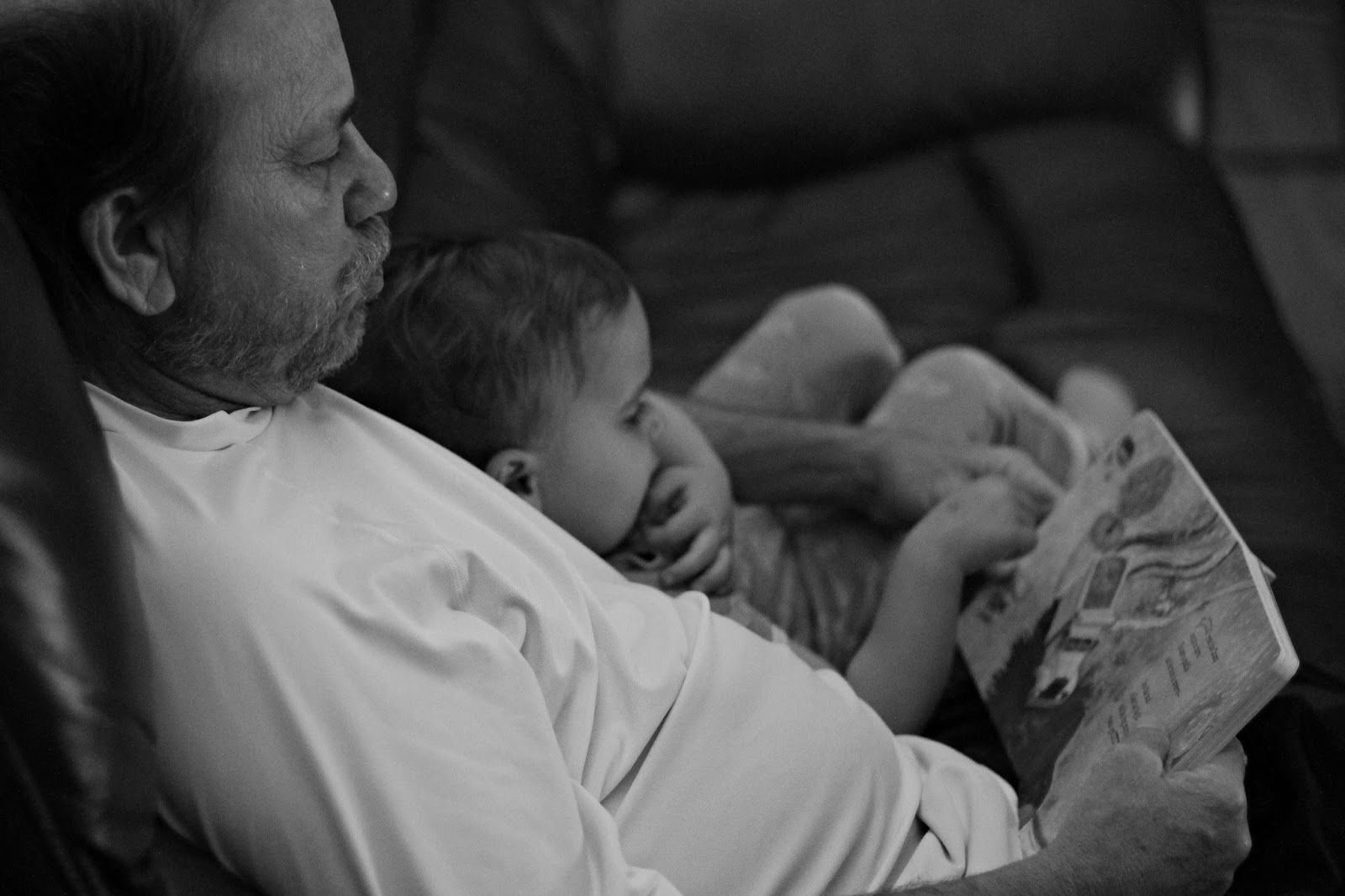 Since we arrived home later in the afternoon we let the kids stay up a little later than usual to get some snuggles in with Grandpa and Grandma. 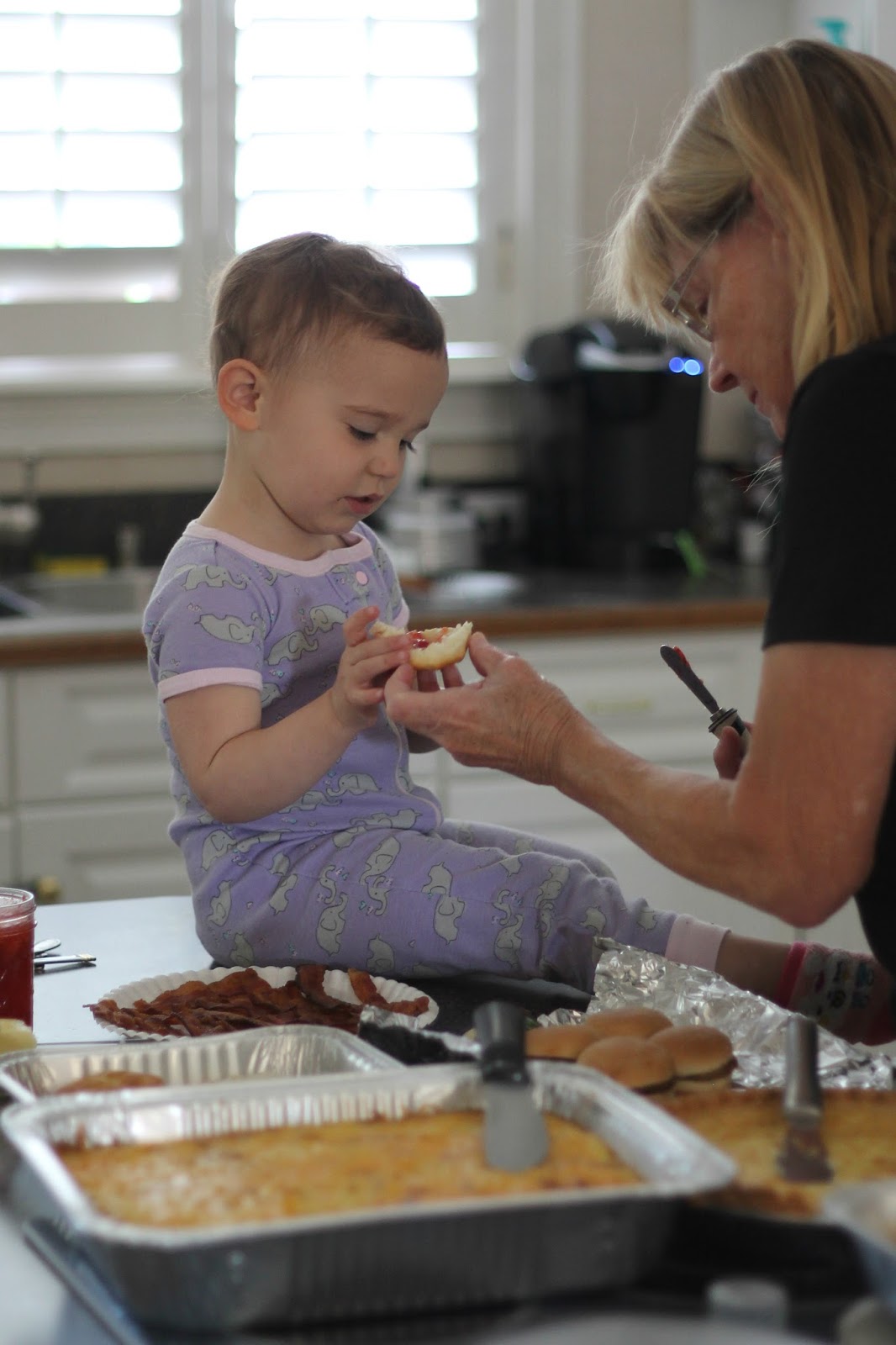 The next morning Caroline was up bright and early helping Grandma with breakfast. And by “help” I mean she spread half a stick of butter on each biscuit, dipped every slice of bacon into the jam and ate the inside of all the sausage biscuits before everyone woke up. 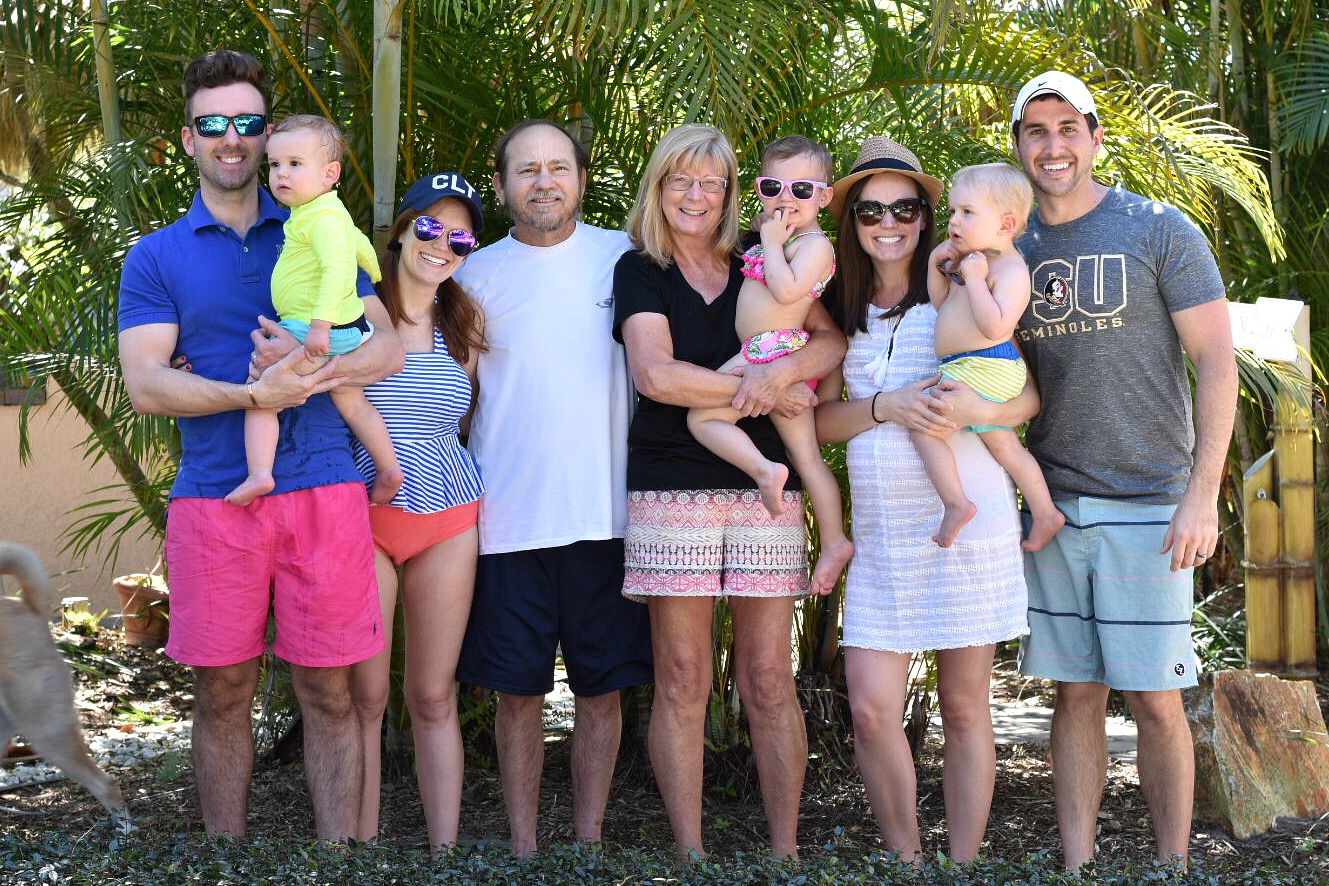 For
the record, I was informed that the camera was zoomed in from the waist
up for this picture and I had just wrangled two sopping wet kiddos out of the pool. I
attempted to crop out my legs but the photo became too awkward.
Regardless, I love this ONE family photo (minus Ian) we got while in Florida so I
had to include it. Pretend I’m wearing pants. 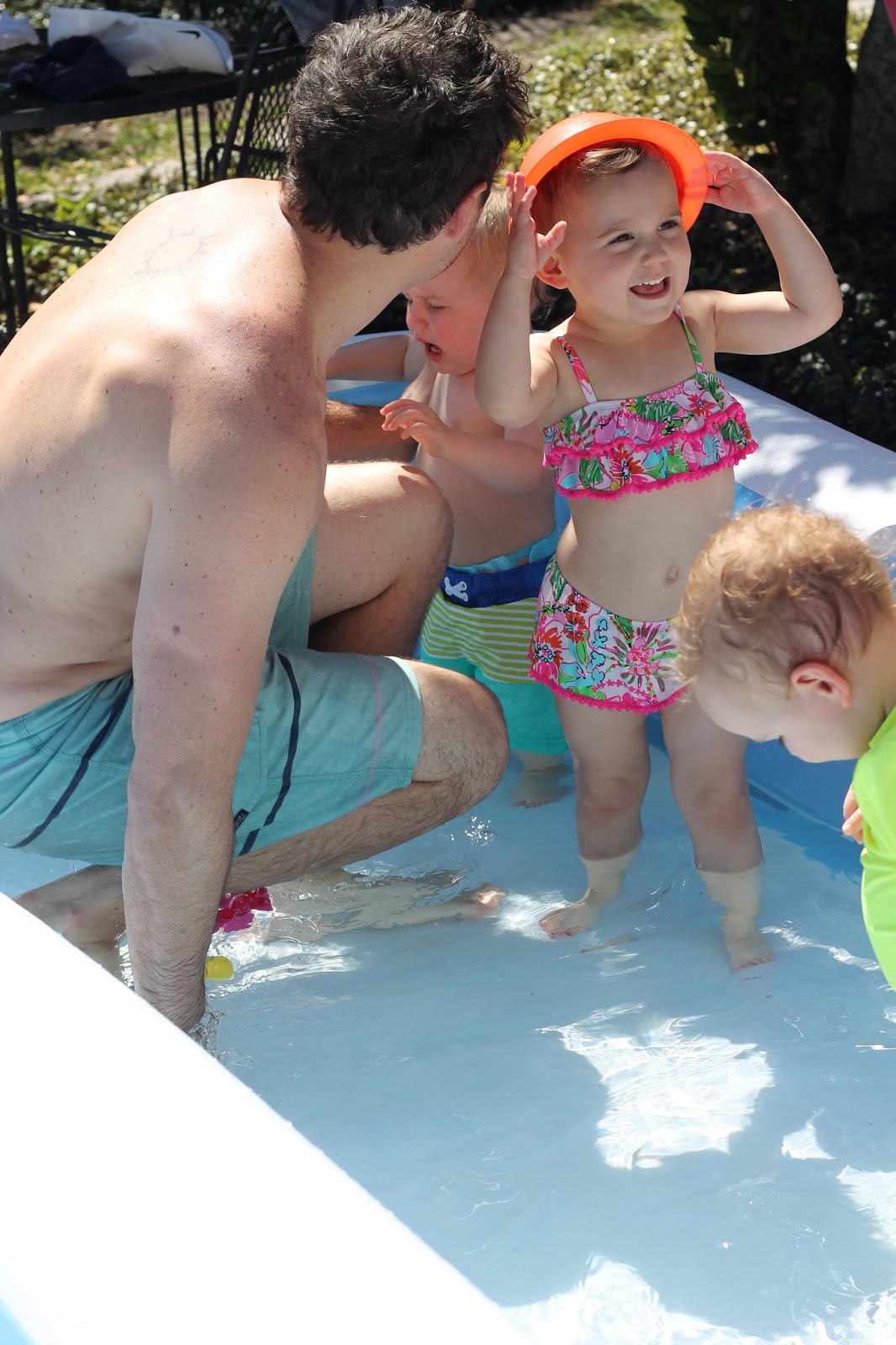 We spent most of Saturday by the pool. Actually, we spent most of the day by the pool in an inflatable pool, which we will absolutely be purchasing for our own backyard this summer. It was so much easier to keep an eye on three kids in 8″ of water instead of floating around the deep pool in floaties. 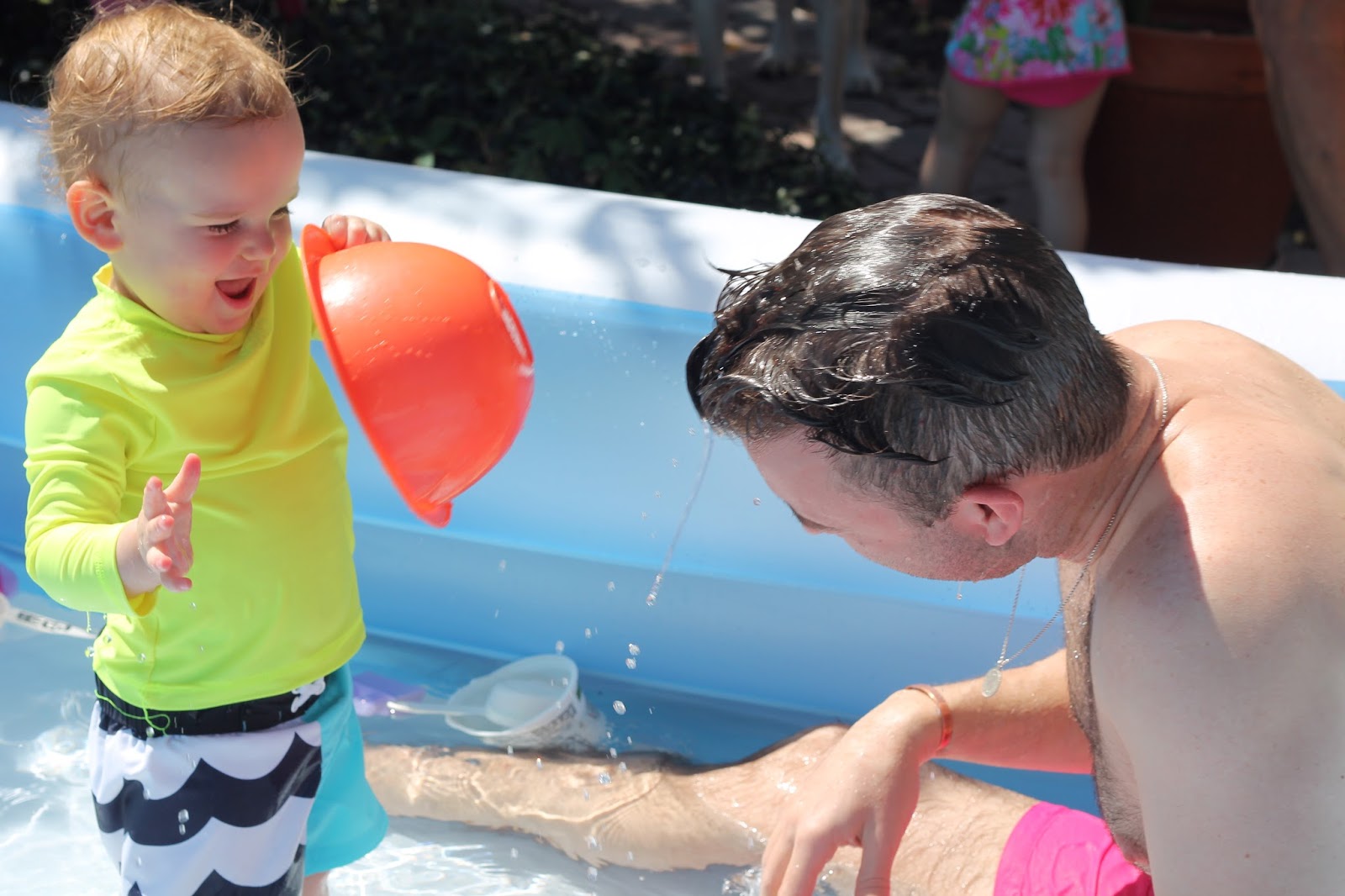 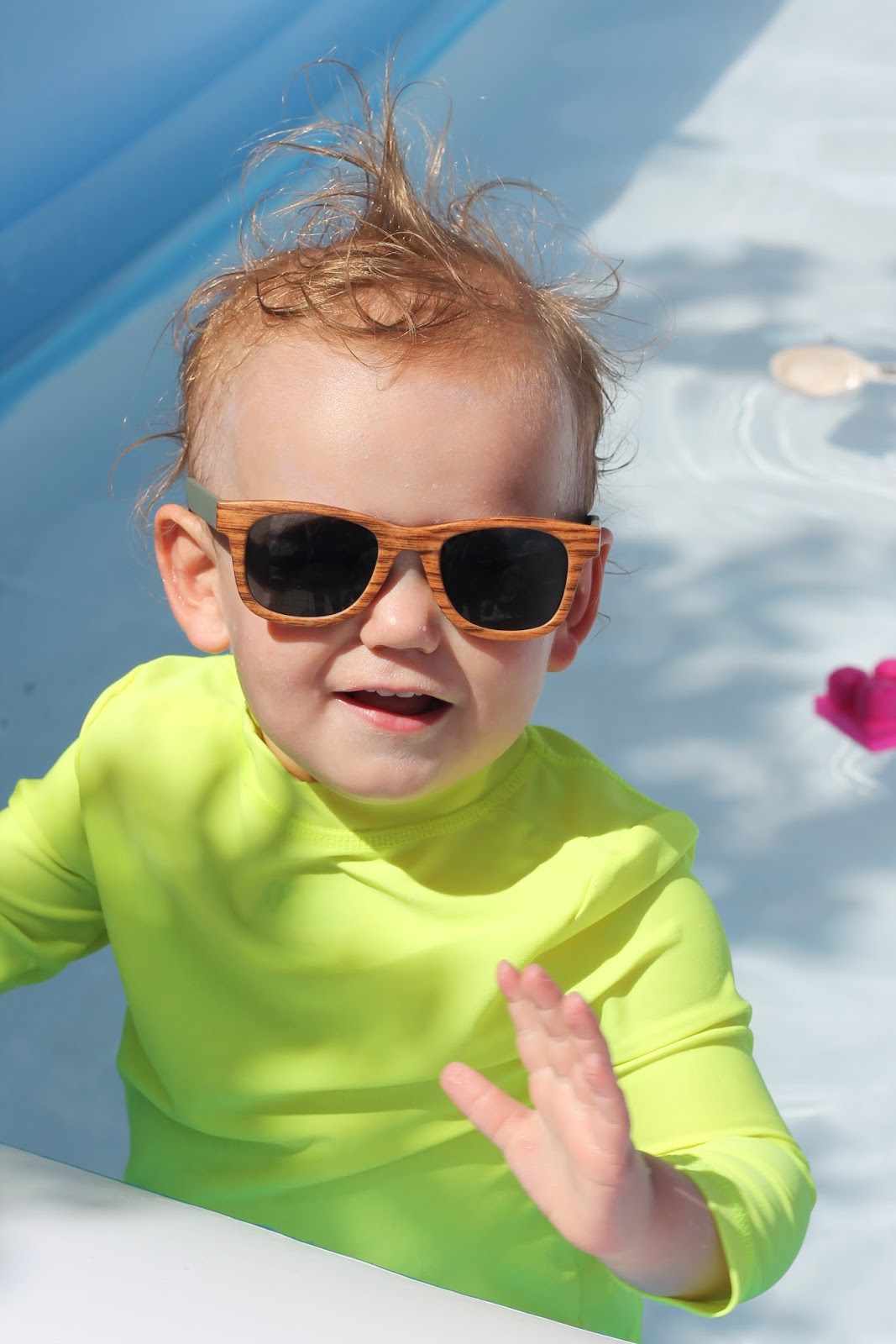 I know I’m biased, but he is seriously one handsome little dude.

Also, shout out to Target for having the cutest swim trunks for the boys this season. And they are under $10! 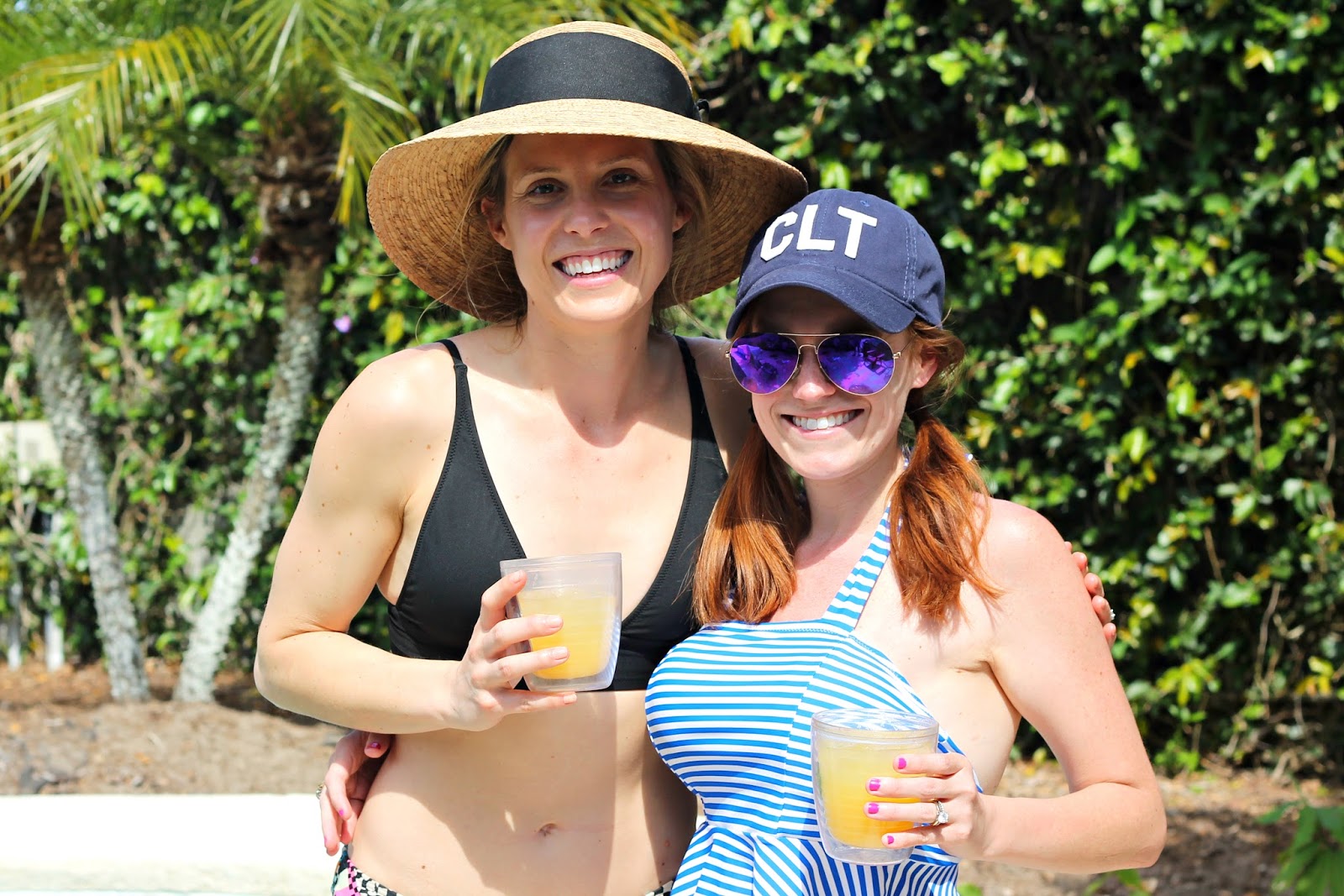 May came over to hang out just as the kiddos were going down for naps, which made for perfecting timing to break out the champagne for mimosas. 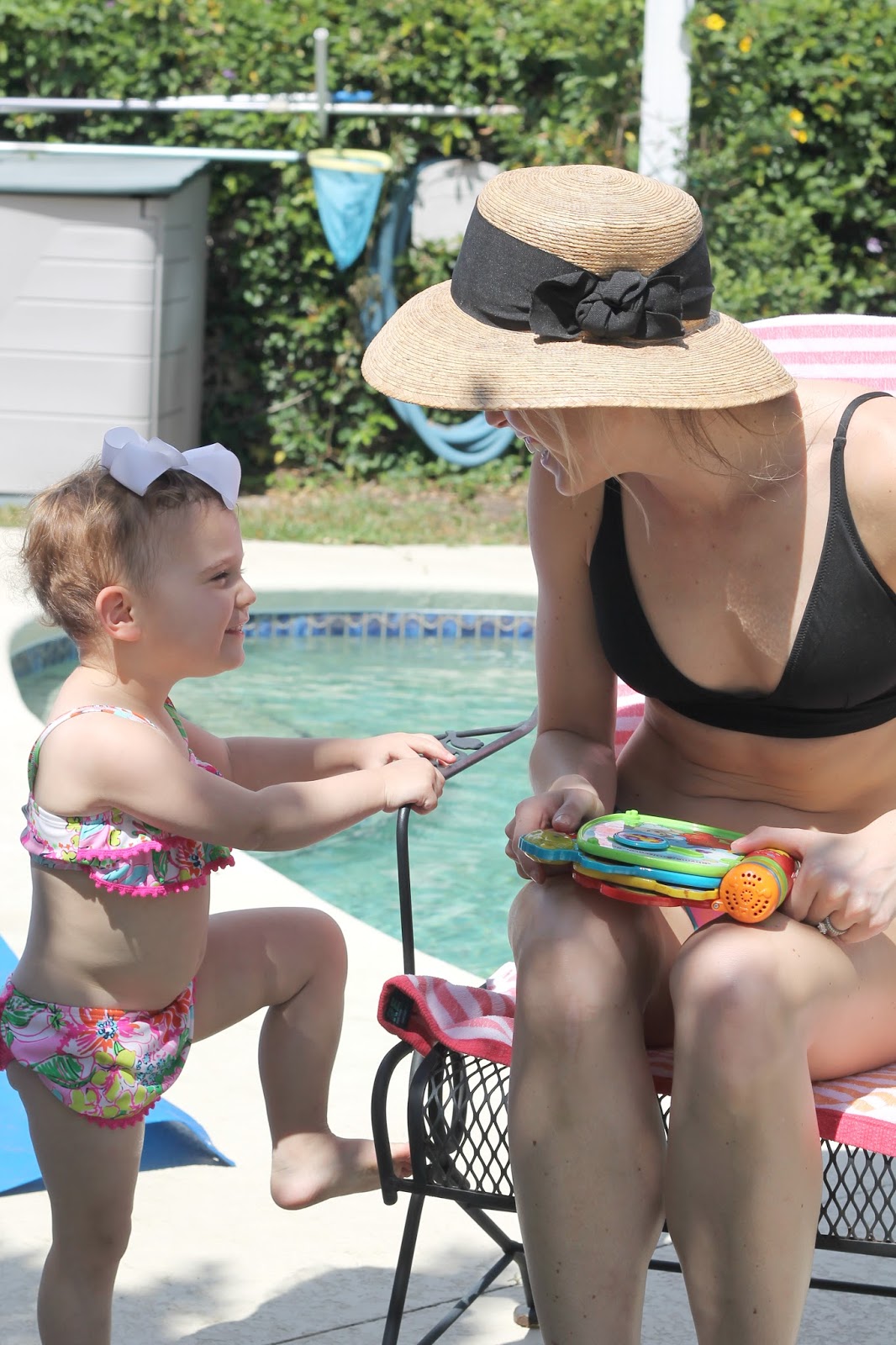 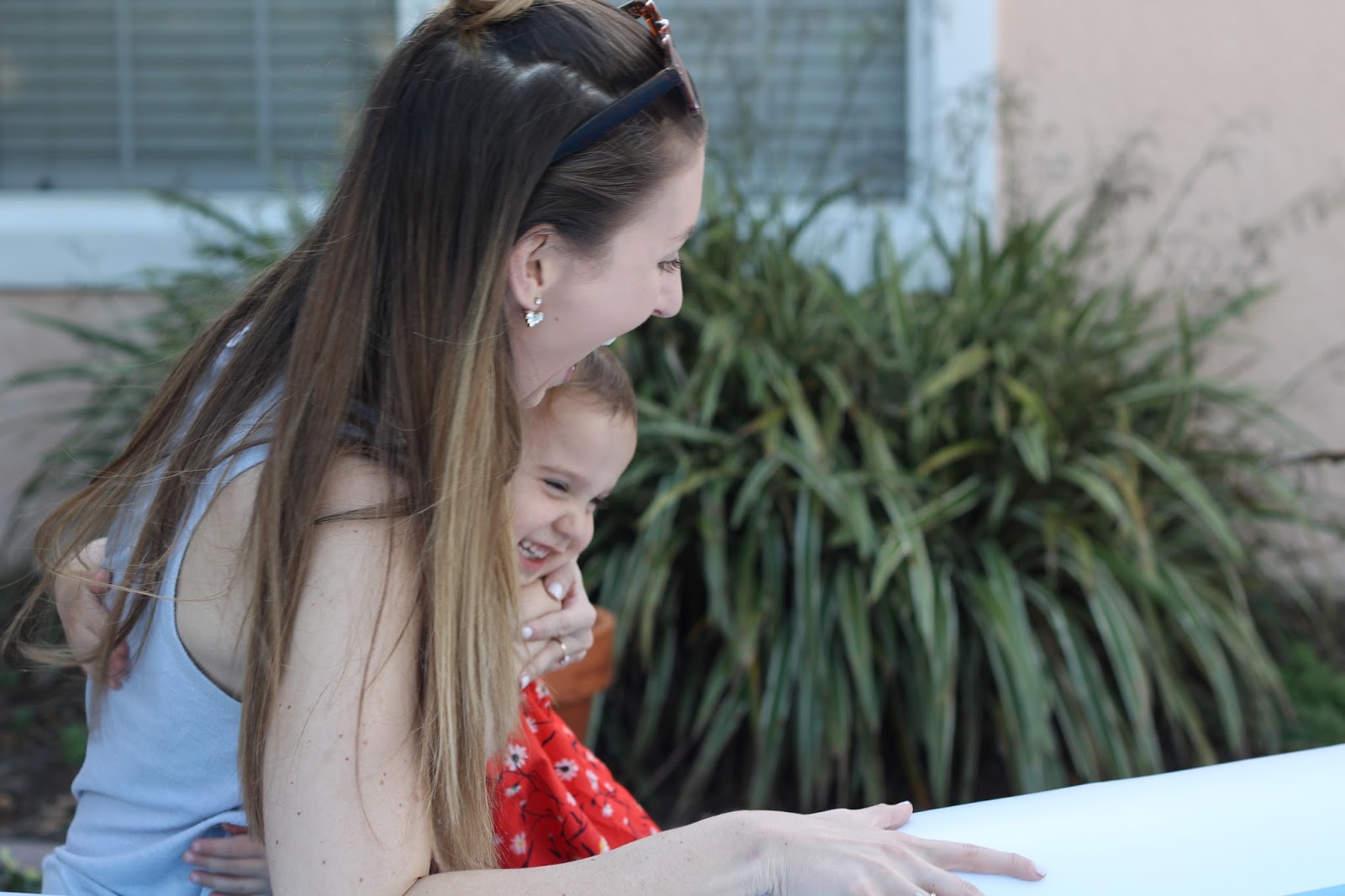 A little later Shanny came over too! Caroline wasn’t excited at all. Nope. Look at her. 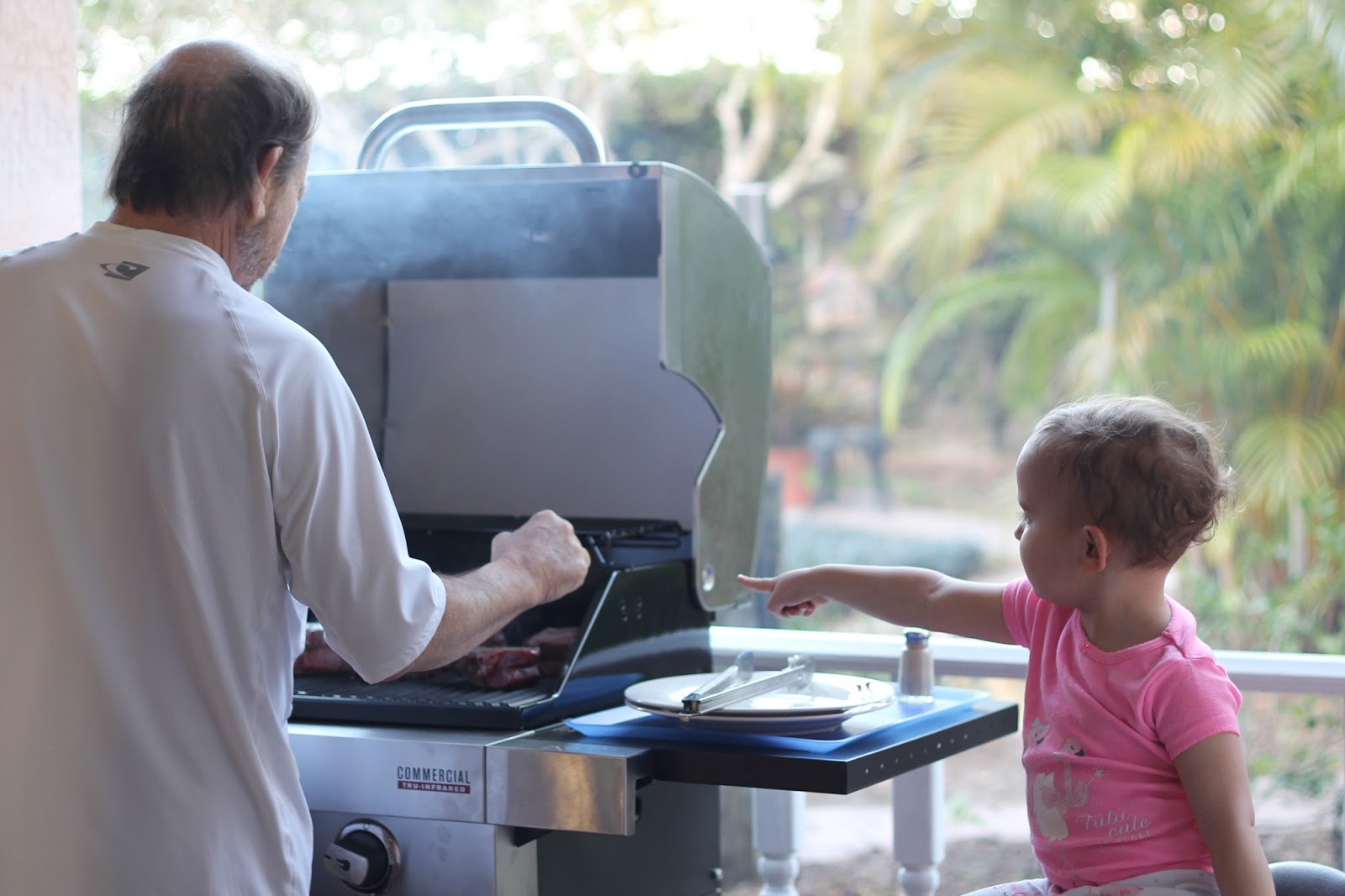 Dad’s back is causing him a tremendous amount of pain but he still managed to pull off Sandroni Saturday Steak Night! Caroline made sure to supervise the steak temperature for a perfect medium-rare finish. 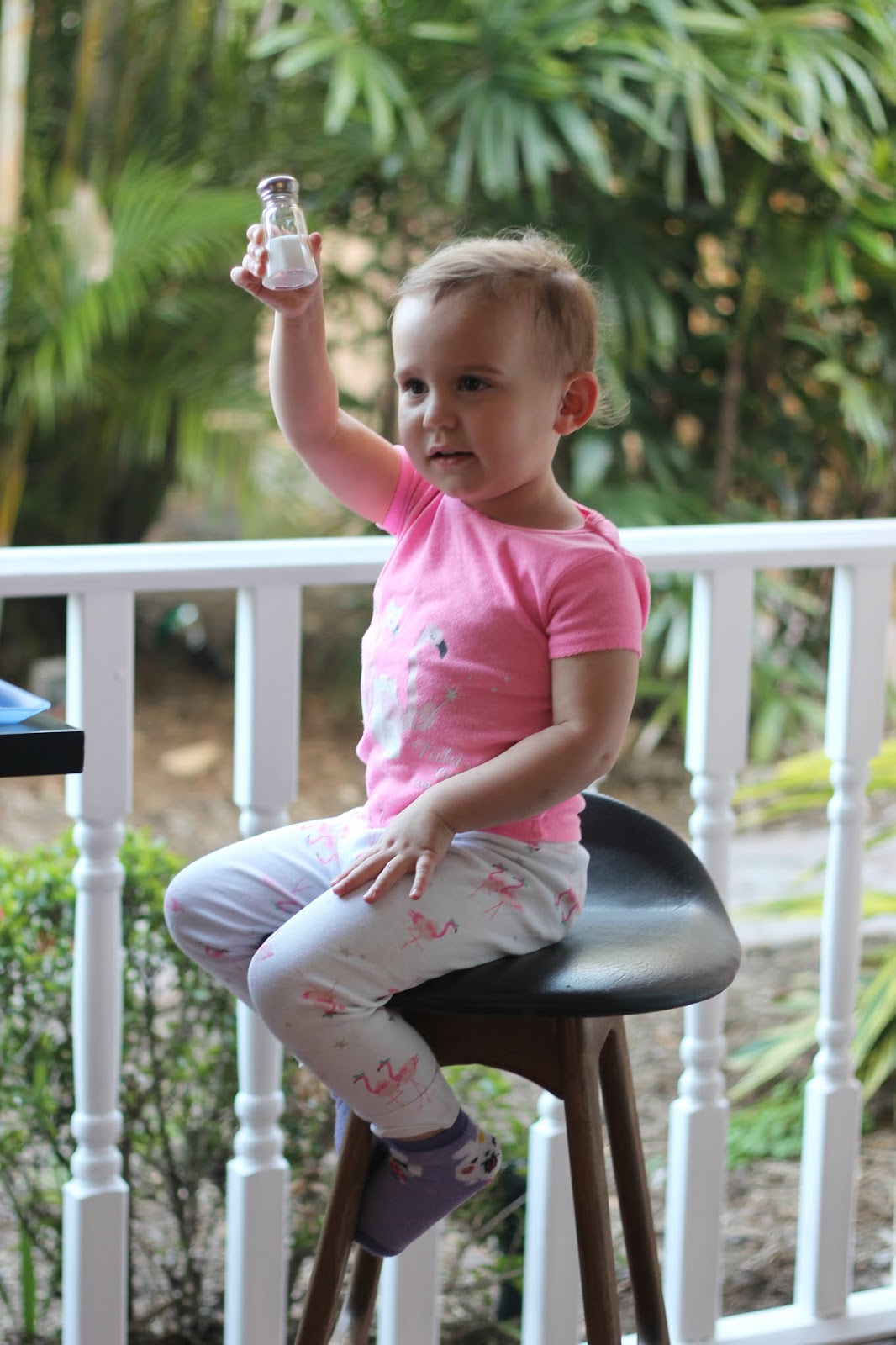 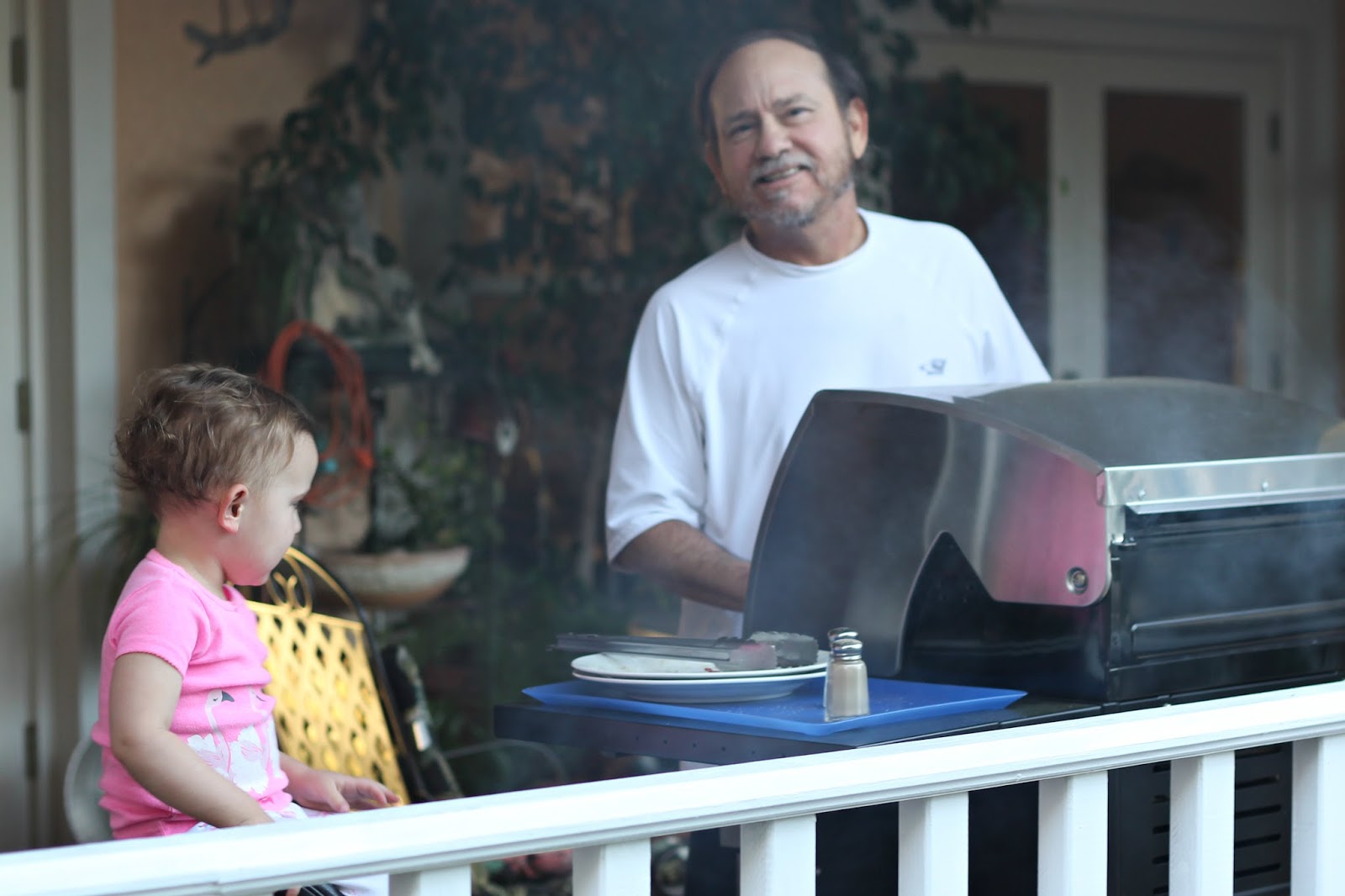 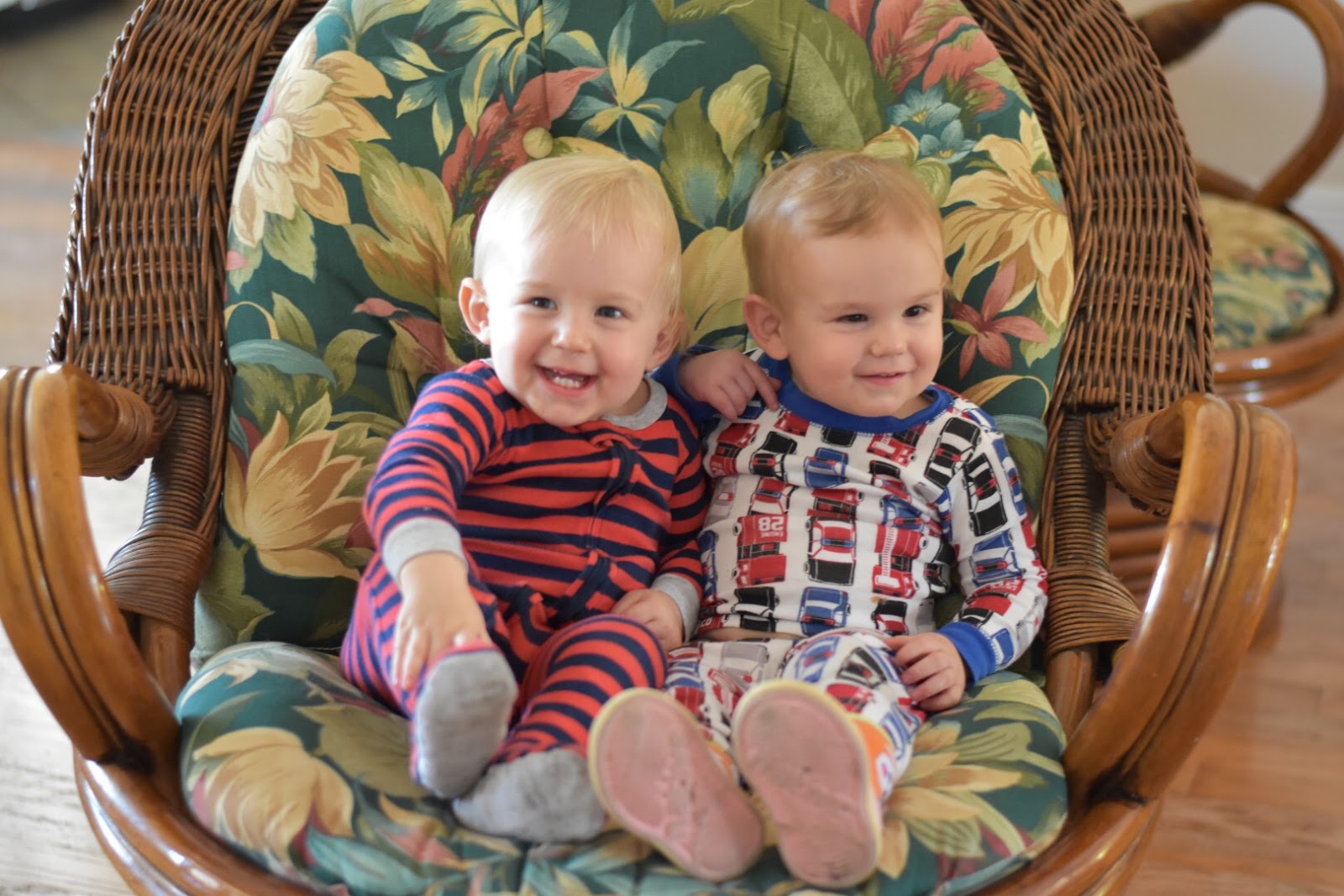 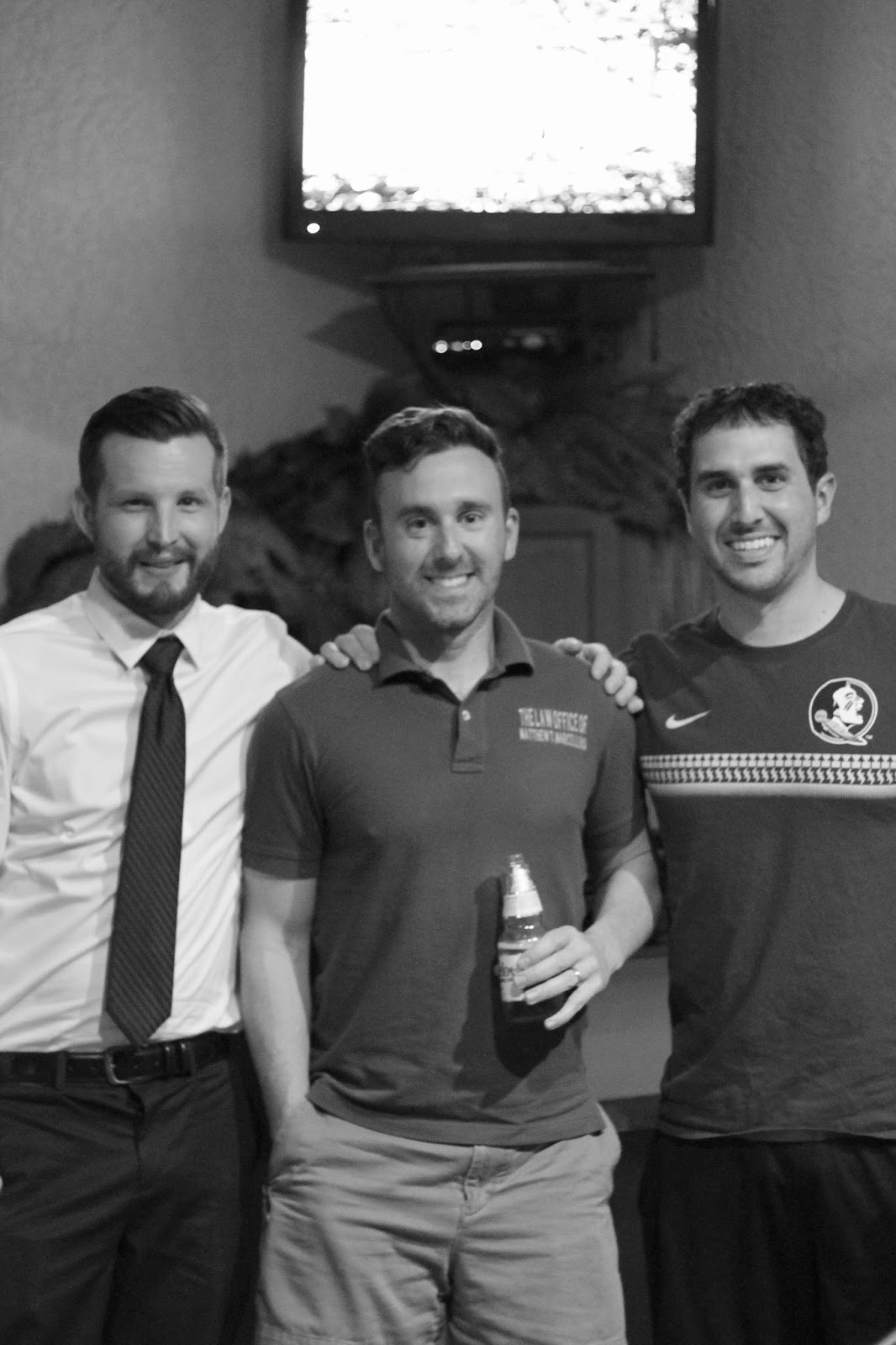 The boys stayed up late into the night watching basketball. 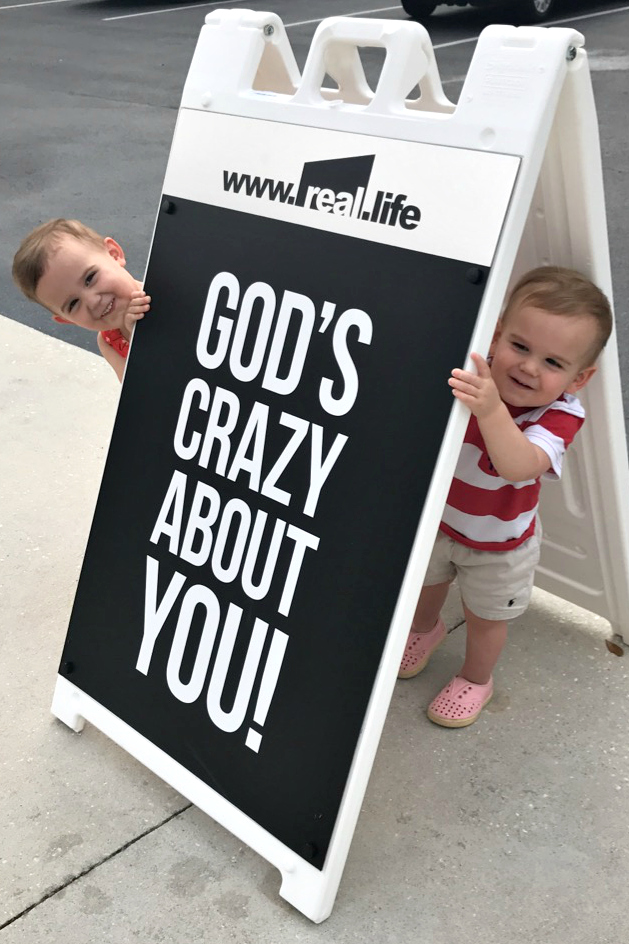 On Sunday we joined my parents for church. We hadn’t planned for church when packing our bags so I wore my best pool cover-up to the service and Thomas wore Caroline’s natives. My mom was super excited for us to attend church because she is the Sunday School teacher for the toddler class so Thomas and Caroline spent the morning destroying her room. 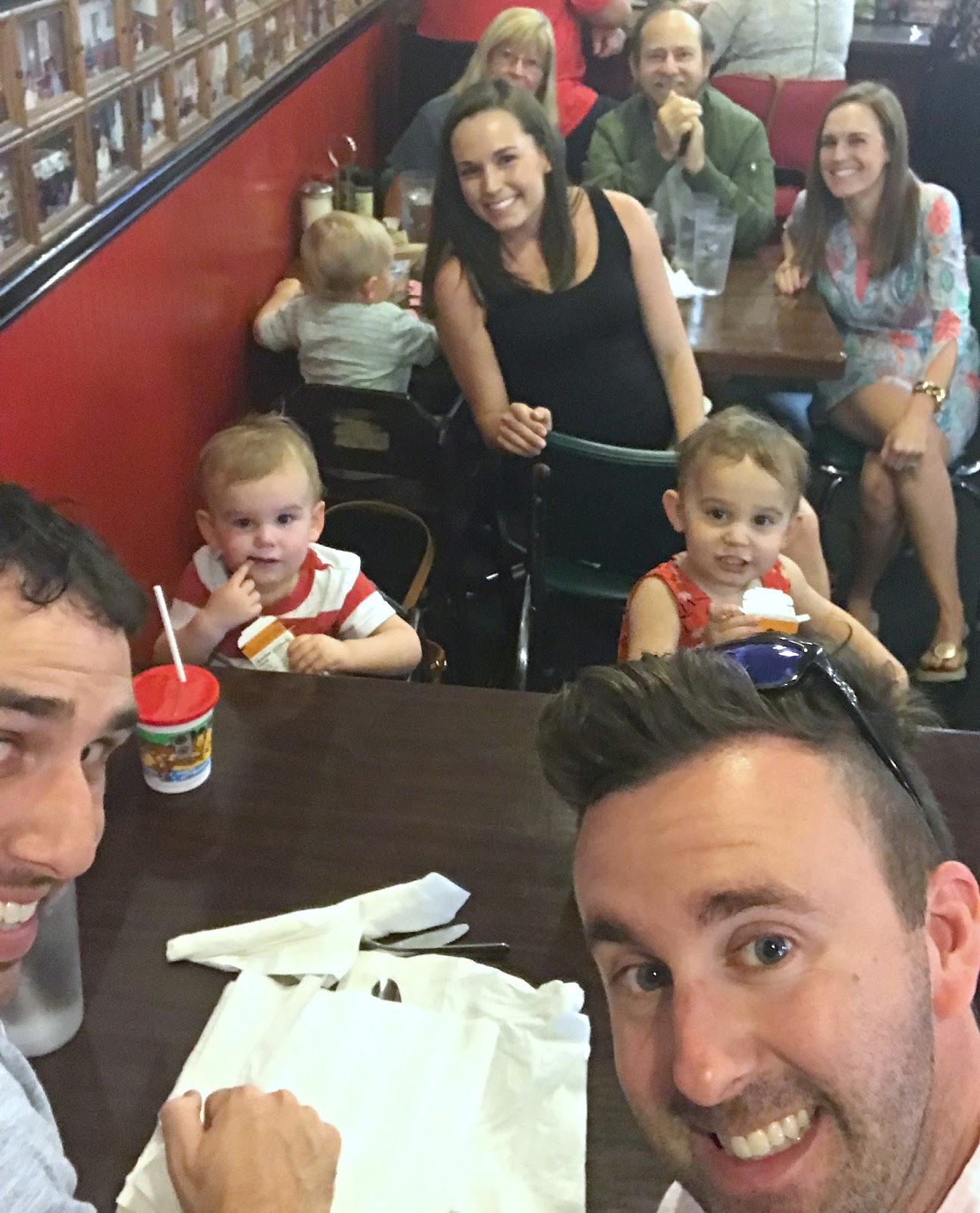 After church we went to our favorite old diner near our house for brunch. We each devoured unhealthy amounts of food, the kids threw every sugar packet they could find on the floor and Matt accepted a dare to eat a 3 decade old 25 cent gum ball from the dusty machine. No matter the adult to toddler ratio, eating out is always a bit chaotic but also always entertaining! 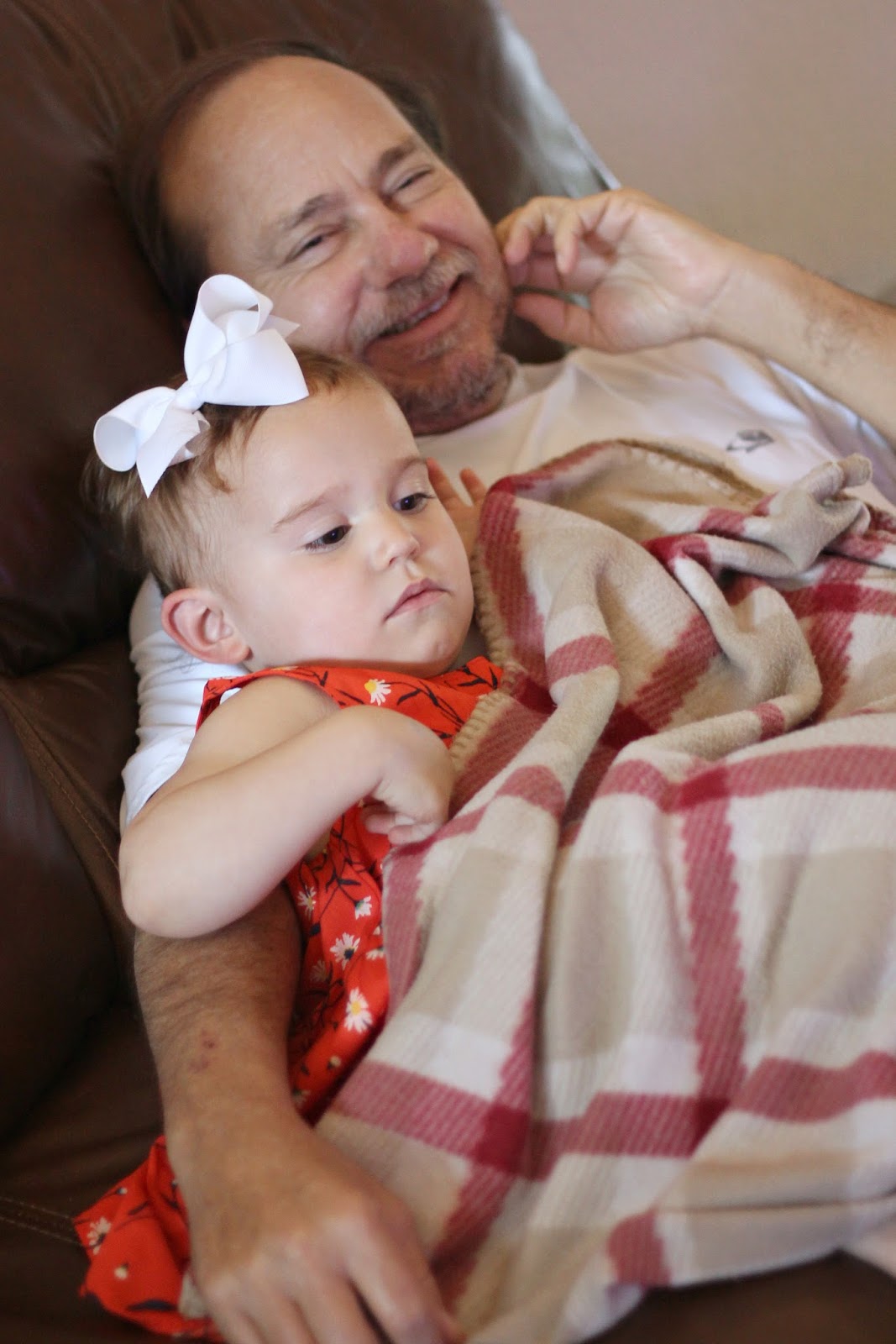 It was a long morning for dad so Caroline volunteered to watch a Mickey Mouse marathon on the couch with him while he rested. 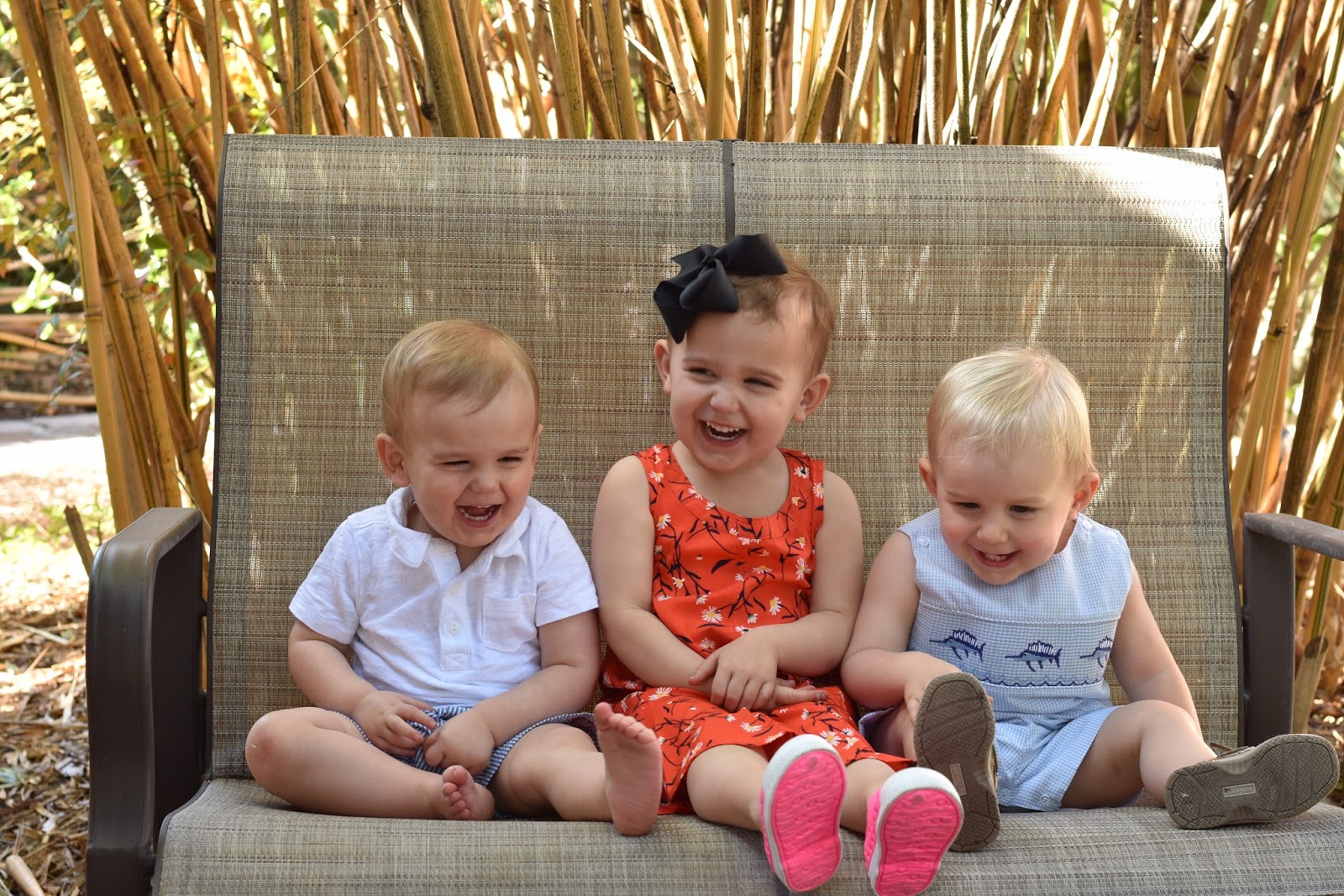 Not sure what you’re laughing at Thomas, those shoes are your future hand-me-downs! 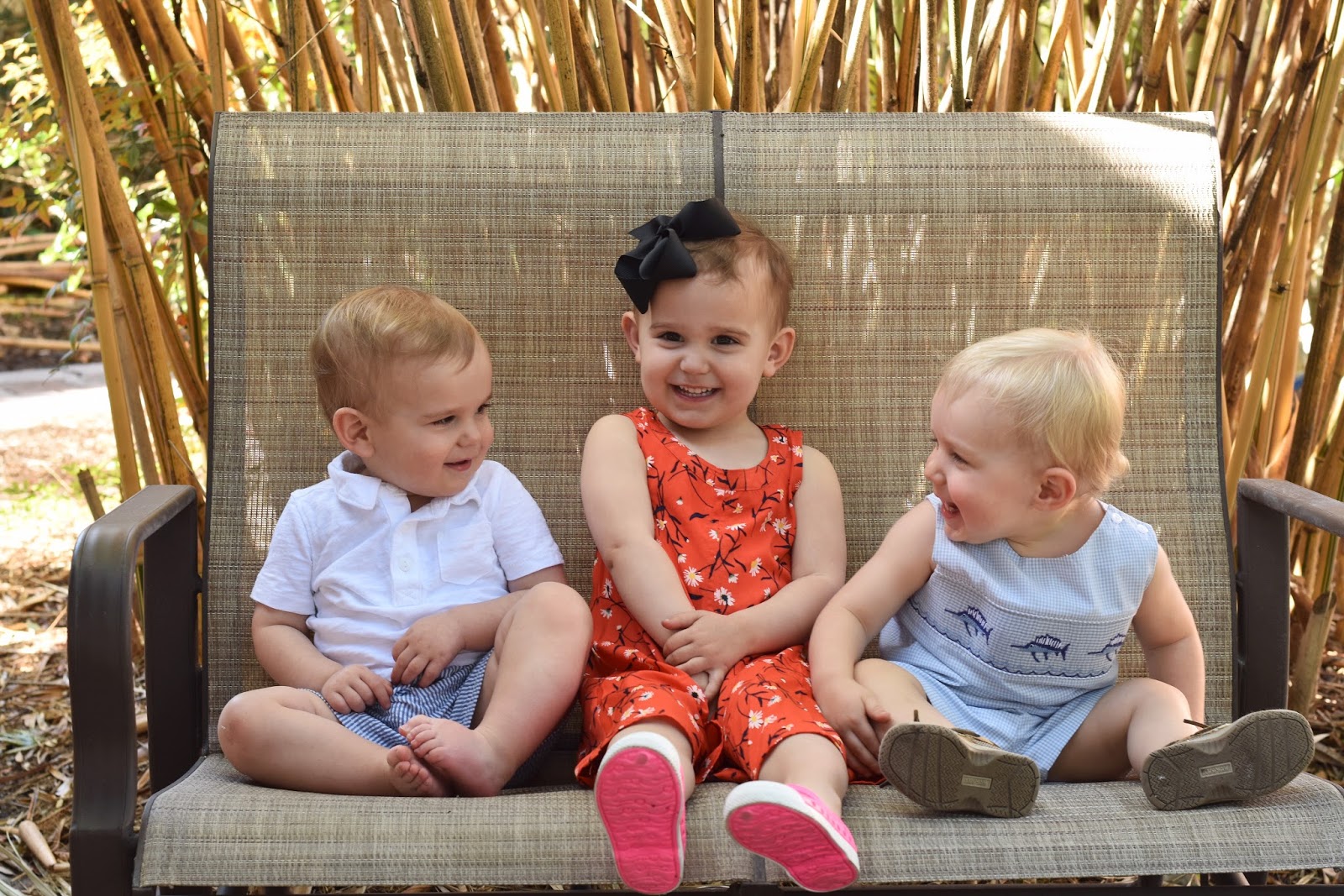 The three best friends that anyone could ever have! 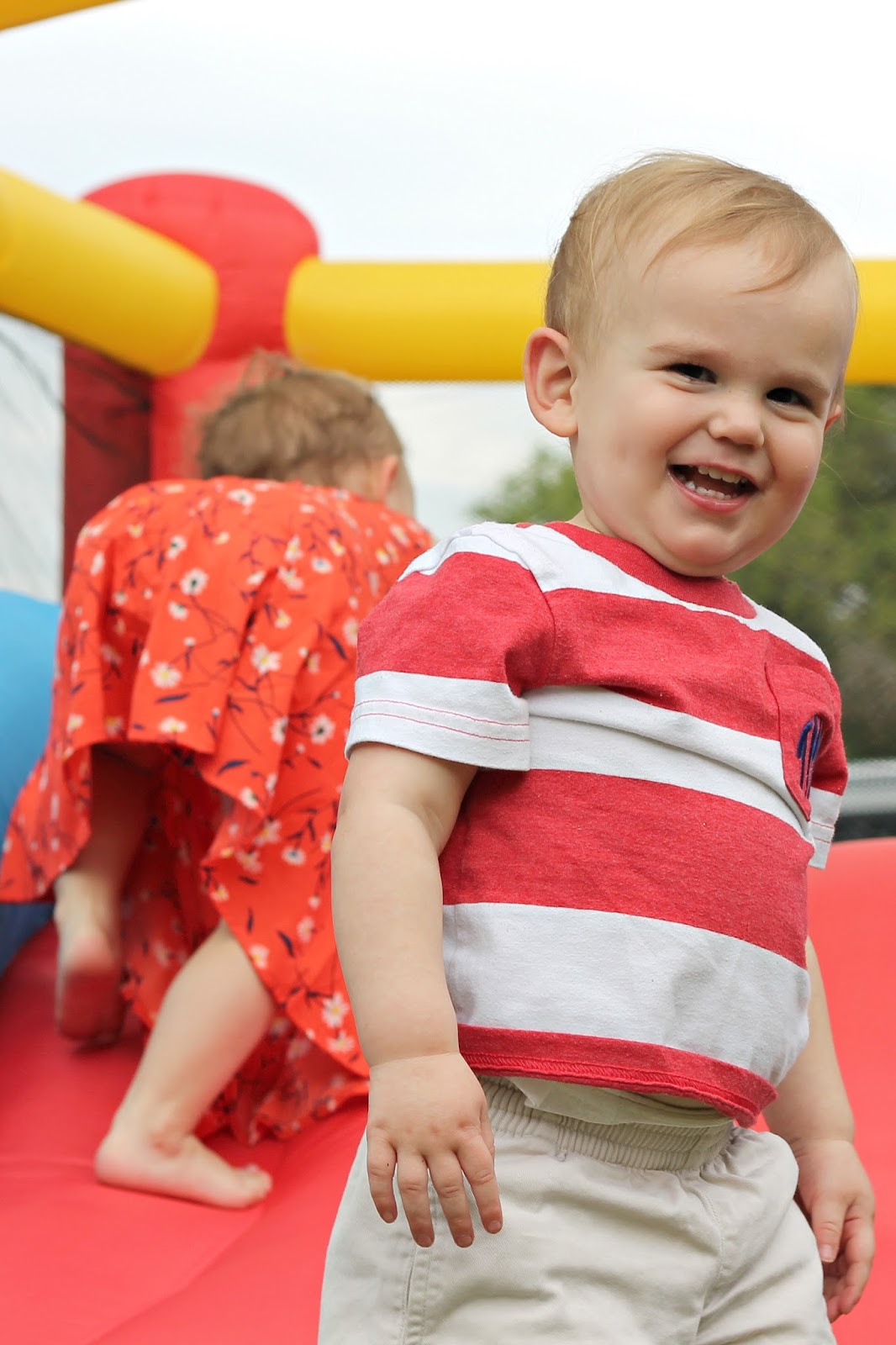 In an attempt to get solid naps out of the kids Uncle Ryan blew up the bounce house. We were not successful in the nap department (quite the opposite!) but the kids had a blast. 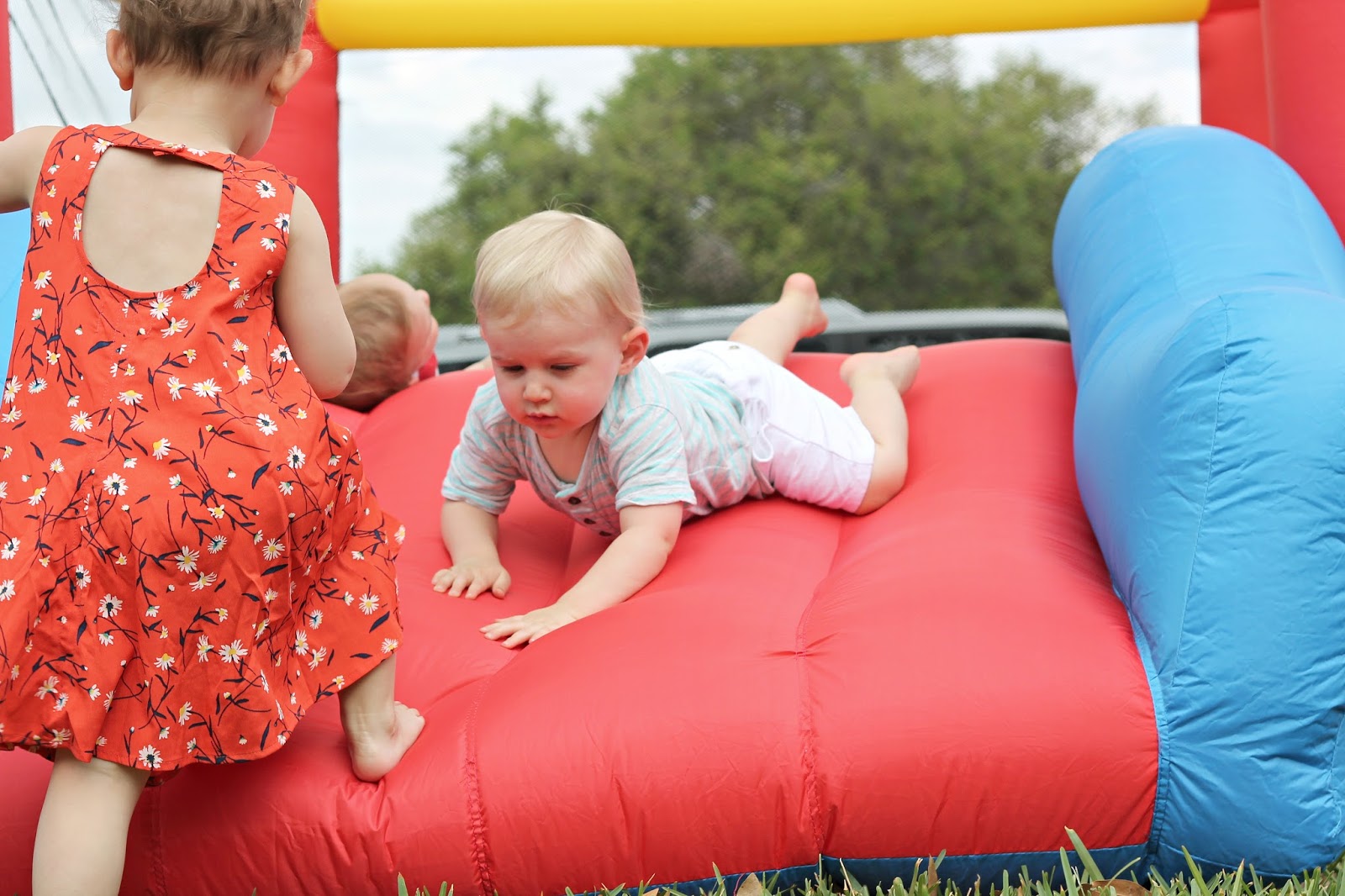 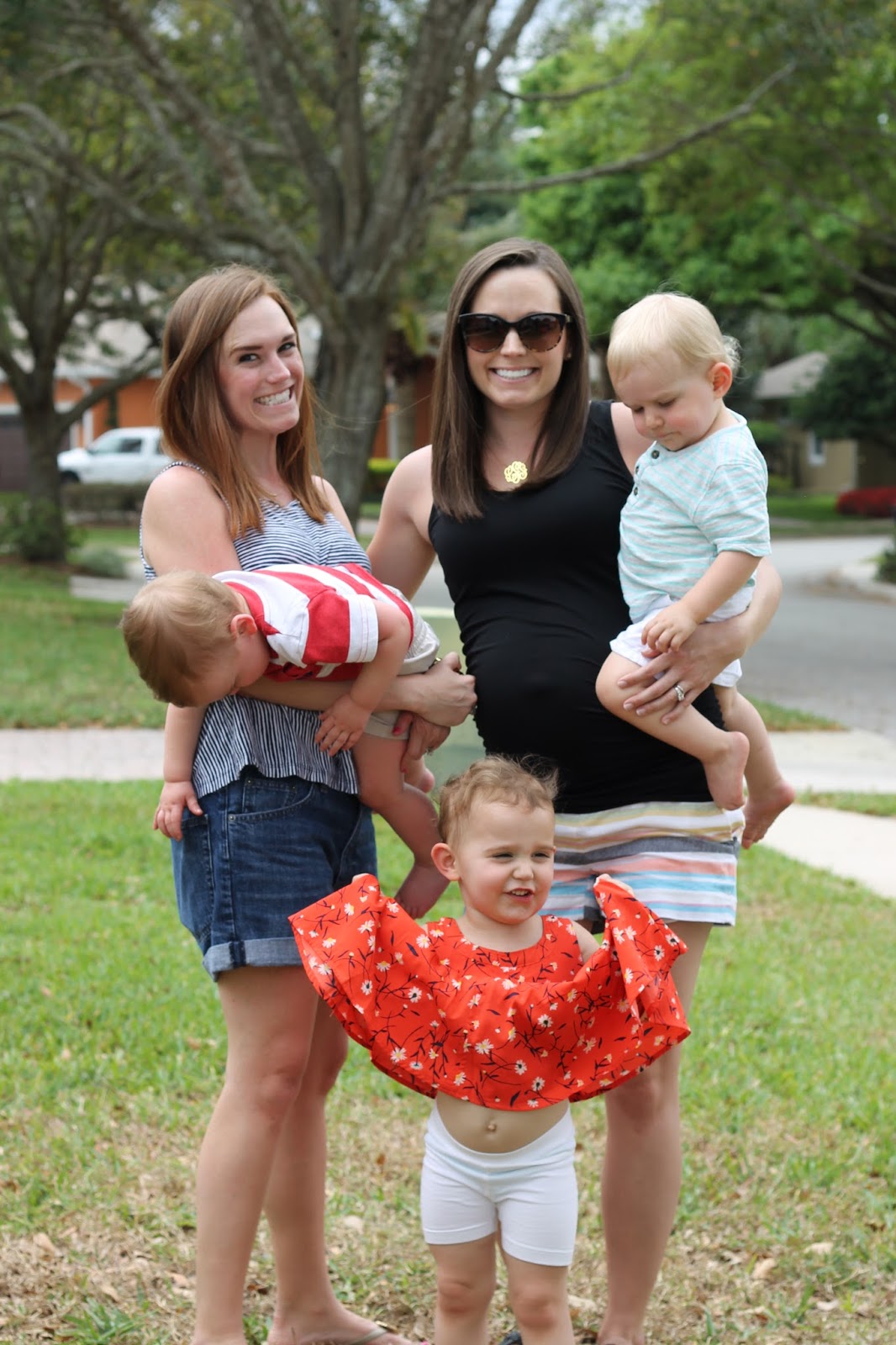 This is the quality photo you get when you suggest taking a picture mid bounce house fun. 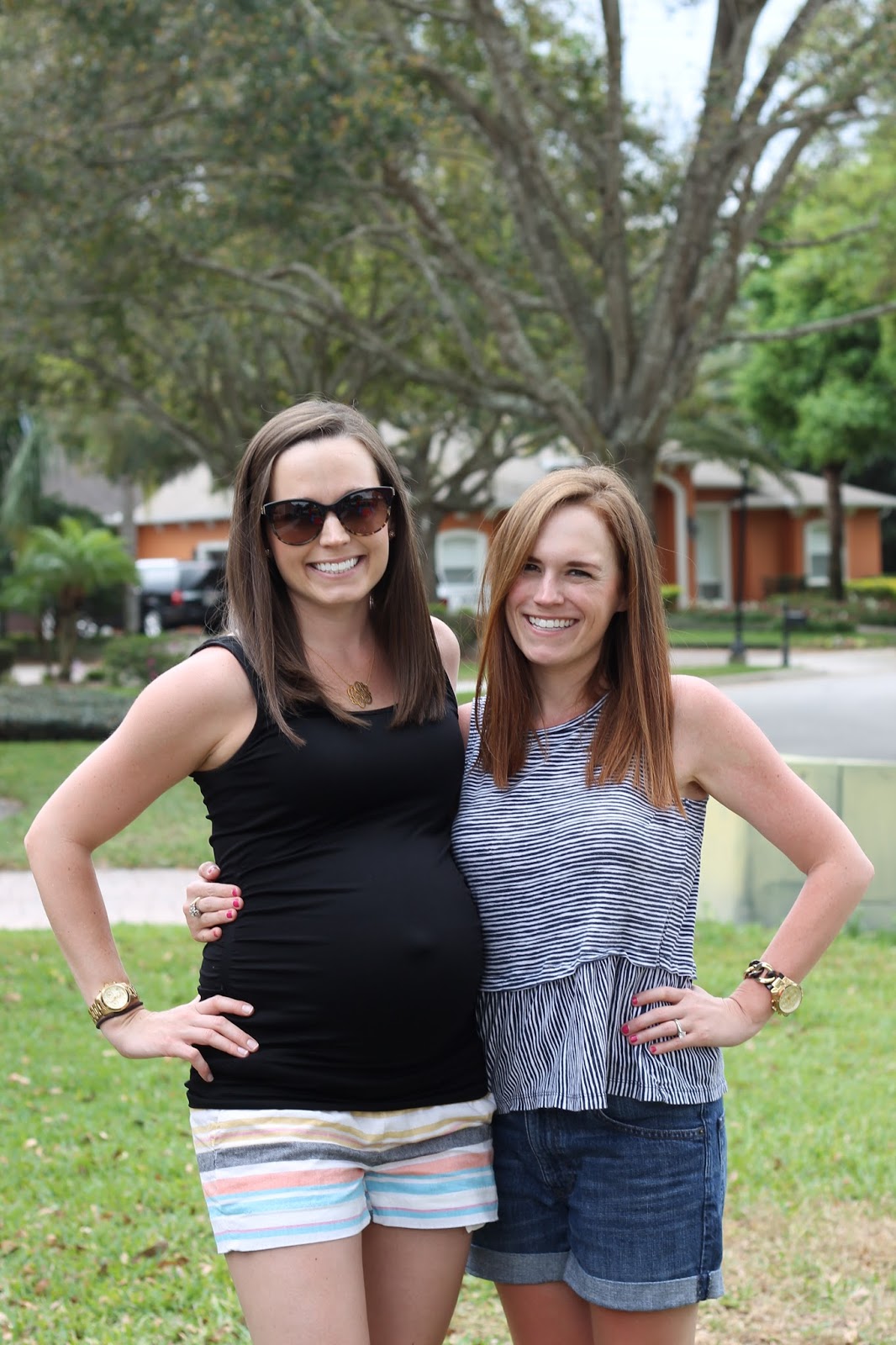 And because I’m a huge dork, I spent the road trip home writing this post AND making this video…

And that’s a wrap on our trip to Florida!