Yesterday our little Tom Tom turned TWO. Thankfully his second year of life wasn’t as much of a whirlwind as his first year! I just adore the little man of ours. Thomas is definitely a rambunctious boy, doesn’t listen to anything we say, laughs at our discipline tactics and pushes his sister around too much. But he’s also the absolutely sweetest and cuddliest little guy. He still lets me rock him to sleep every night. He loves to pat or rub my back when I’m holding him. He gives the best kisses. And he has completely stolen my heart as a mama’s boy.

A few things for the “baby book:”

Loves: Trucks! Really, he loves any sort of transportation — cars, boats, tractors, etc. I especially love to see his excitement over trucks though — construction, utility, emergency, etc. He loves them all. Tom also prefers to always be outside and loves water, dirt, mud and jumping off things — all boy!

Eating: He’s still our better eater and although he isn’t a vegetable fan, he loves tomatoes. Also loves yogurt and applesauce pouches, ALL the fruit and popsicles.

Sleeping: Tom is also hands down our better sleeper (always has been)! We dropped his nighttime paci a few months ago and he didn’t care at all, which is totally opposite of our experience with Caroline, who dropped hers much later and with a ginormous fight! Sleep regressions didn’t really phase him and he loves to sleep in. The only time he will cry at night is if he is sick, which means he gets to sleep with us.

Sibling Love: It’s hilarious and awesome to me that Tom wants to do every single thing that his sissy does. He follows her around and touches what she touches, repeats what she says and jumps when she jumps. He must drink out of the same kind of cup, use the same utensils, eat the same snack, play with the same toy and more. He follows her to the potty (where she kicks him out every time — privacy please!) and wants to sit on the potty afterwards too (not that we are embarking on potty training yet!).

Vision: We’ve seen tremendous improvement in his vision over the past year which I couldn’t be more thankful for. When I look back at pictures I can’t believe how far we’ve come. Despite his improving eye sight he still doesn’t care about TV or the iPad for more than 3 minutes. He’d rather listen to music or run wild.

I am SO excited for two (gasp, I know!). I’ve said it a million times, but toddlerhood is my absolute favorite stage and I’m excited to see his personality continue to shine and his vocabulary pick up. It’s going to be a wild but fun year ahead! 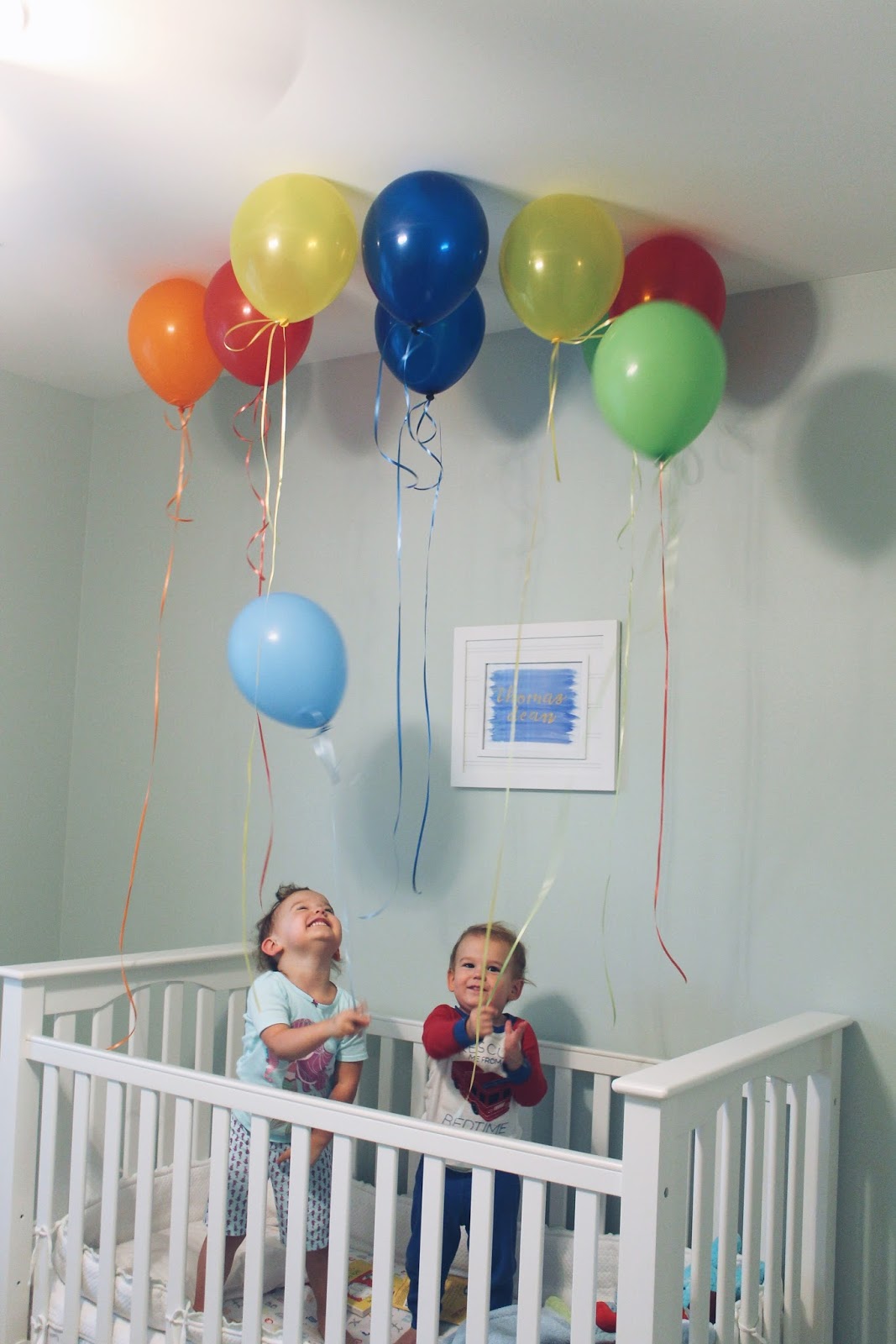 Caroline stormed into Tom’s room bright and early on his birthday with tons of balloons! 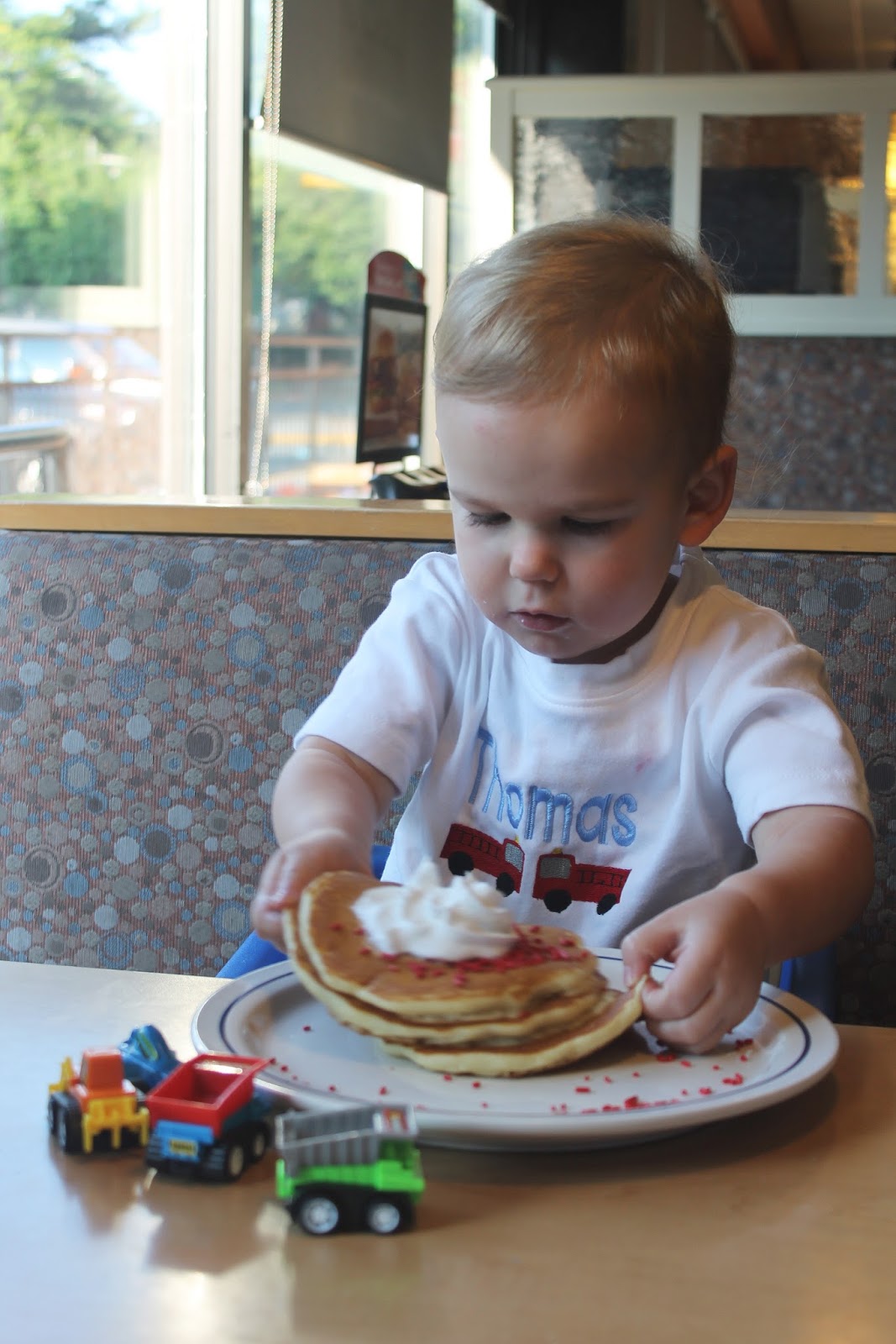 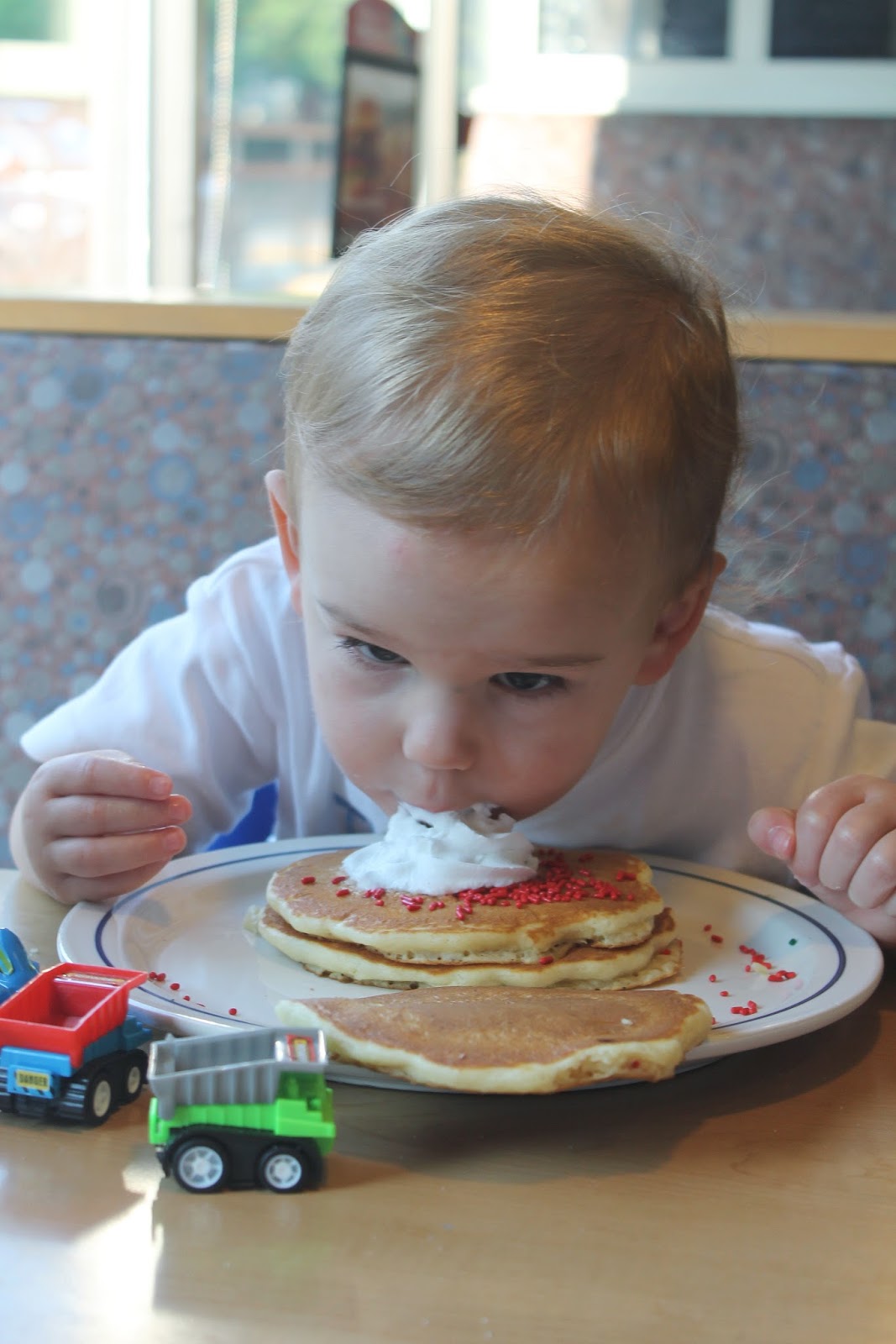 Then we went to IHOP for a pancake breakfast — our birthday tradition for the kids. 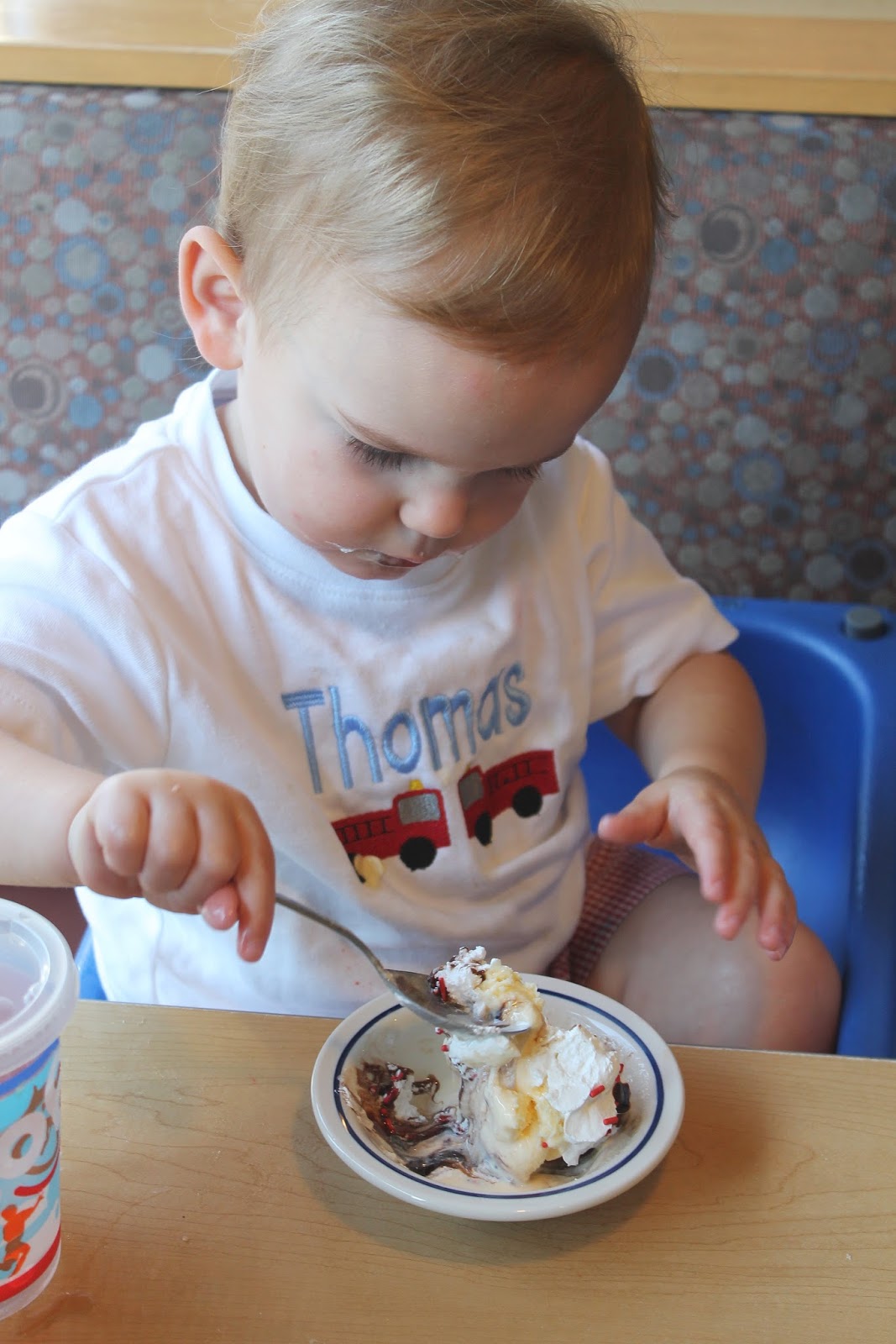 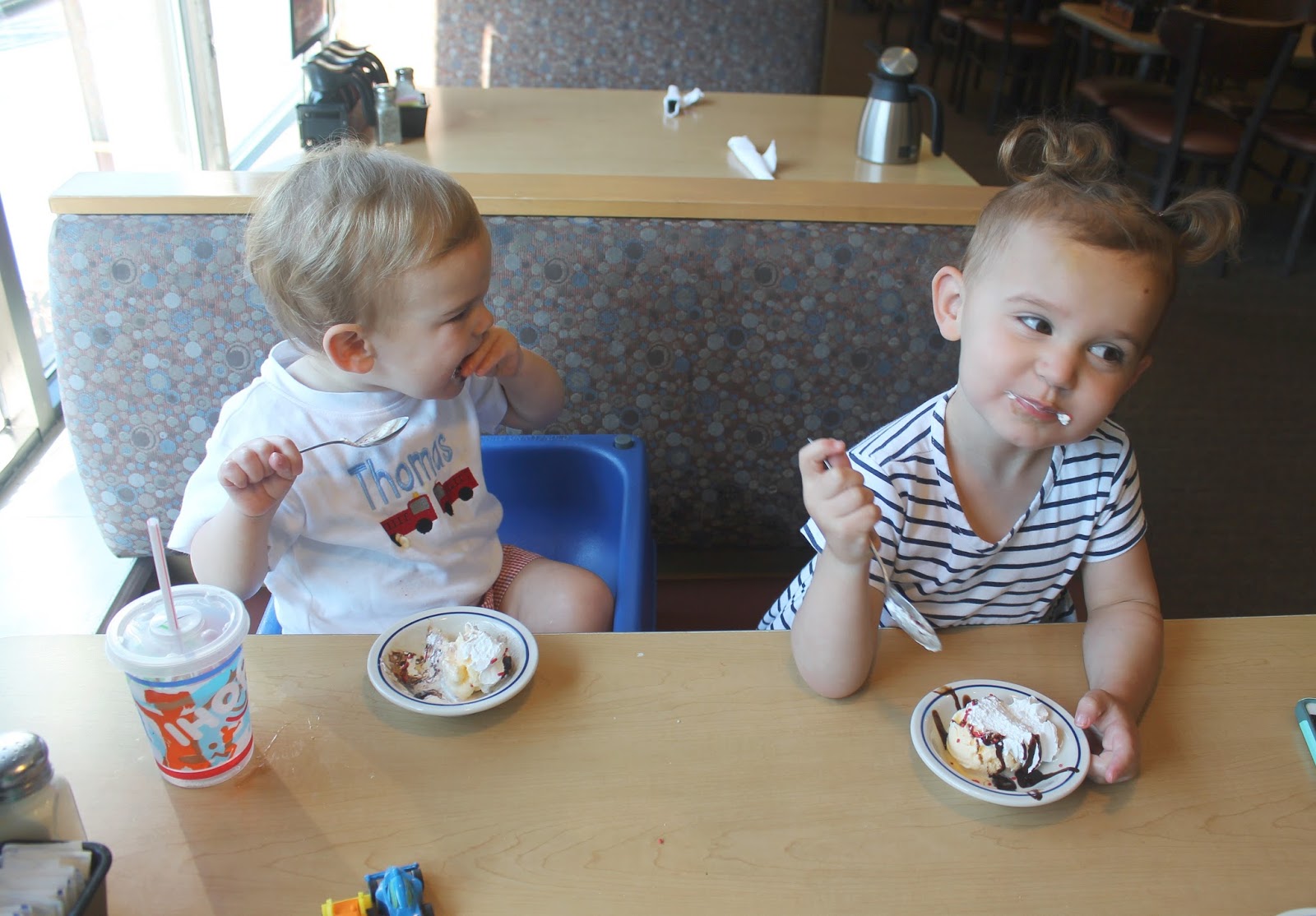 And ice cream…because you only turn two once! 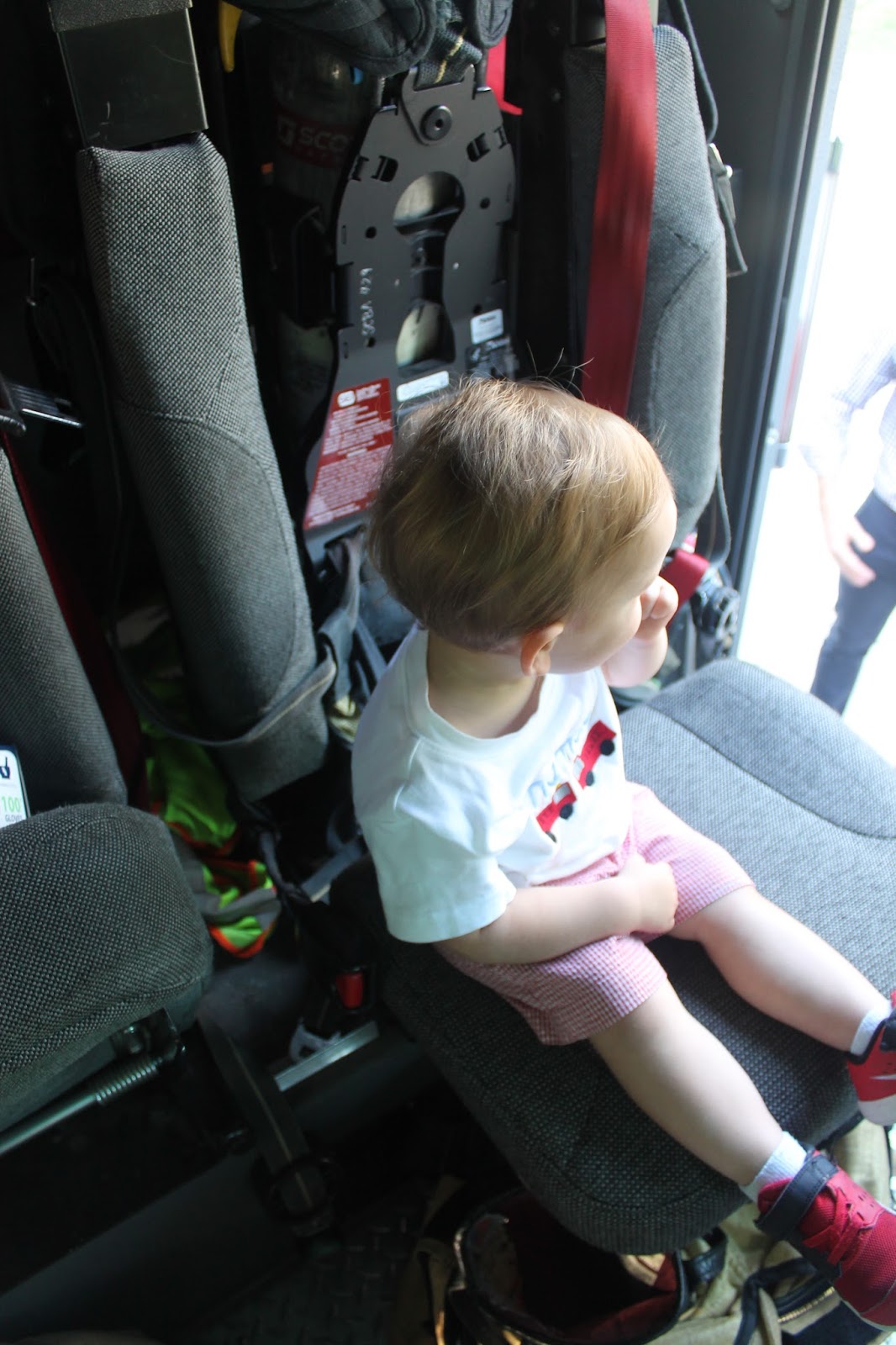 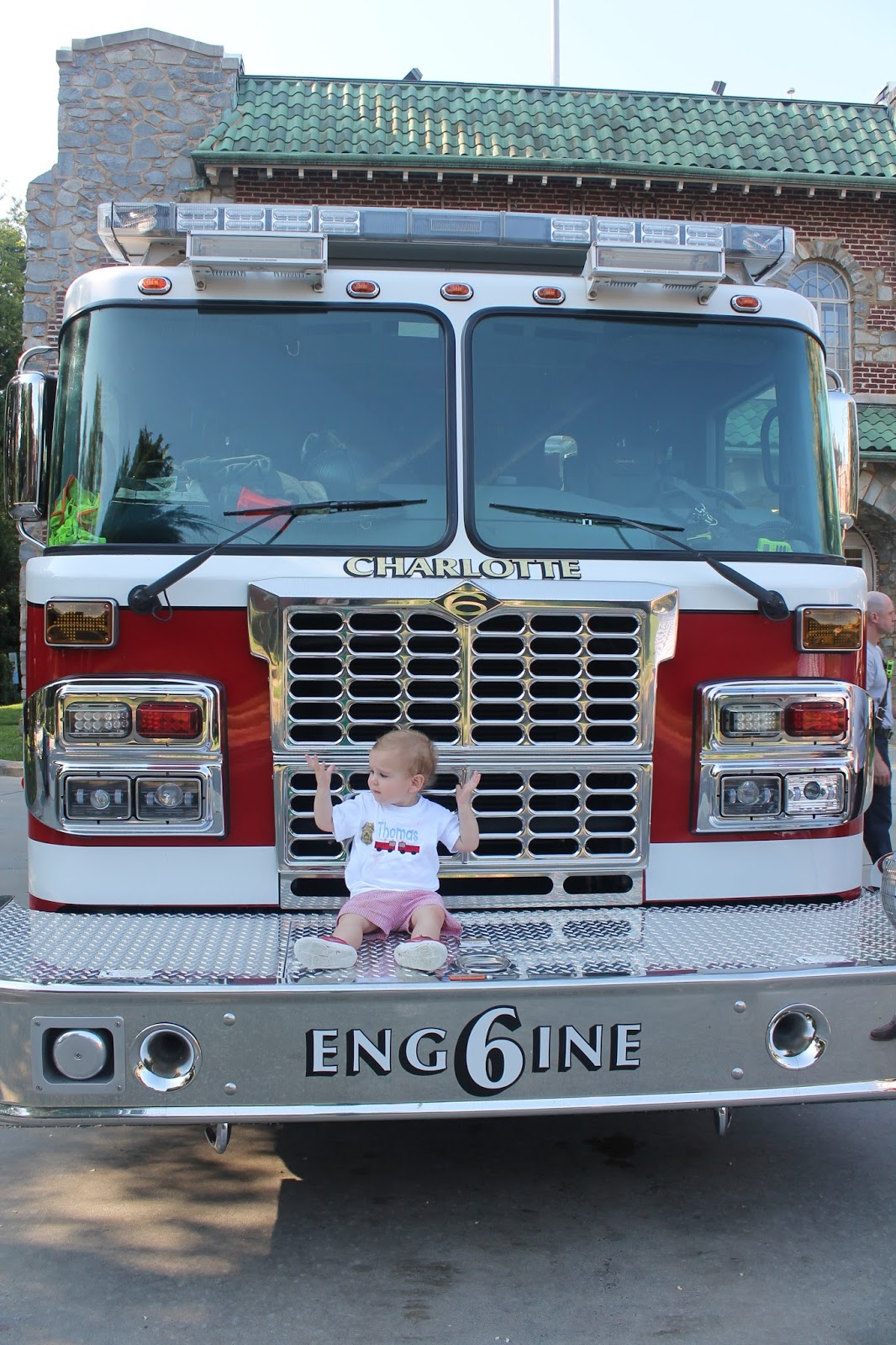 After breakfast we visited the fire station where Tom was allowed to crawl around the inside of the truck and left with a fire fighter sticker. It was a fantastic birthday morning!
Previous Post
Next Post 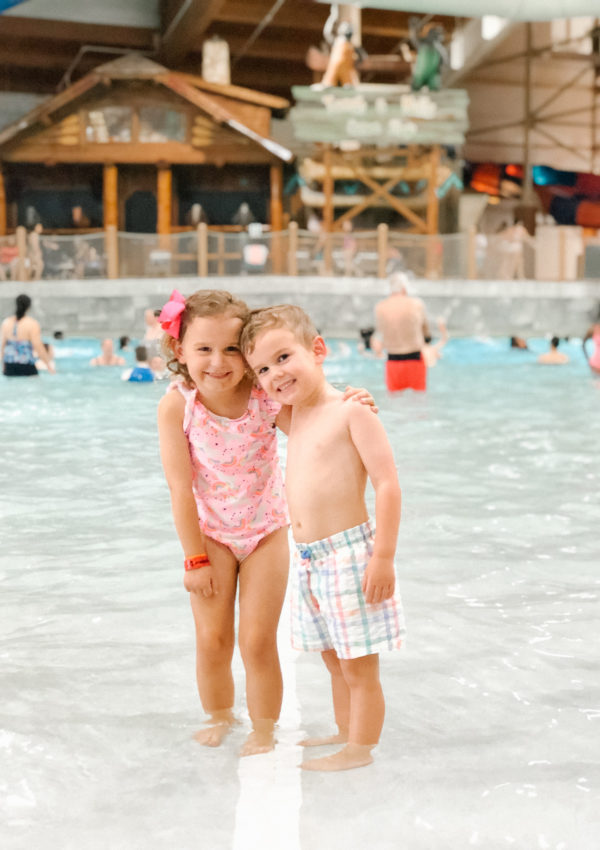