We returned home yesterday after a wonderful 5 days down in Florida. This was probably one of the best trips yet because dad is doing SO well. He is able to get around a lot more, is in zero pain and even looks more like himself! And while we were there dad hit a pretty miraculous milestone — he has officially beat the “timeline” that his oncology doctor prepared us for when they released him to hospice care. We were told we had up to 3 months with him but we are now going on 4 months and are thankful for EVERY SINGLE DAY that the Lord blesses us with. So to every reader who has prayed for us and for dad, THANK YOU. Seriously, THANK YOU from the bottom of my heart. 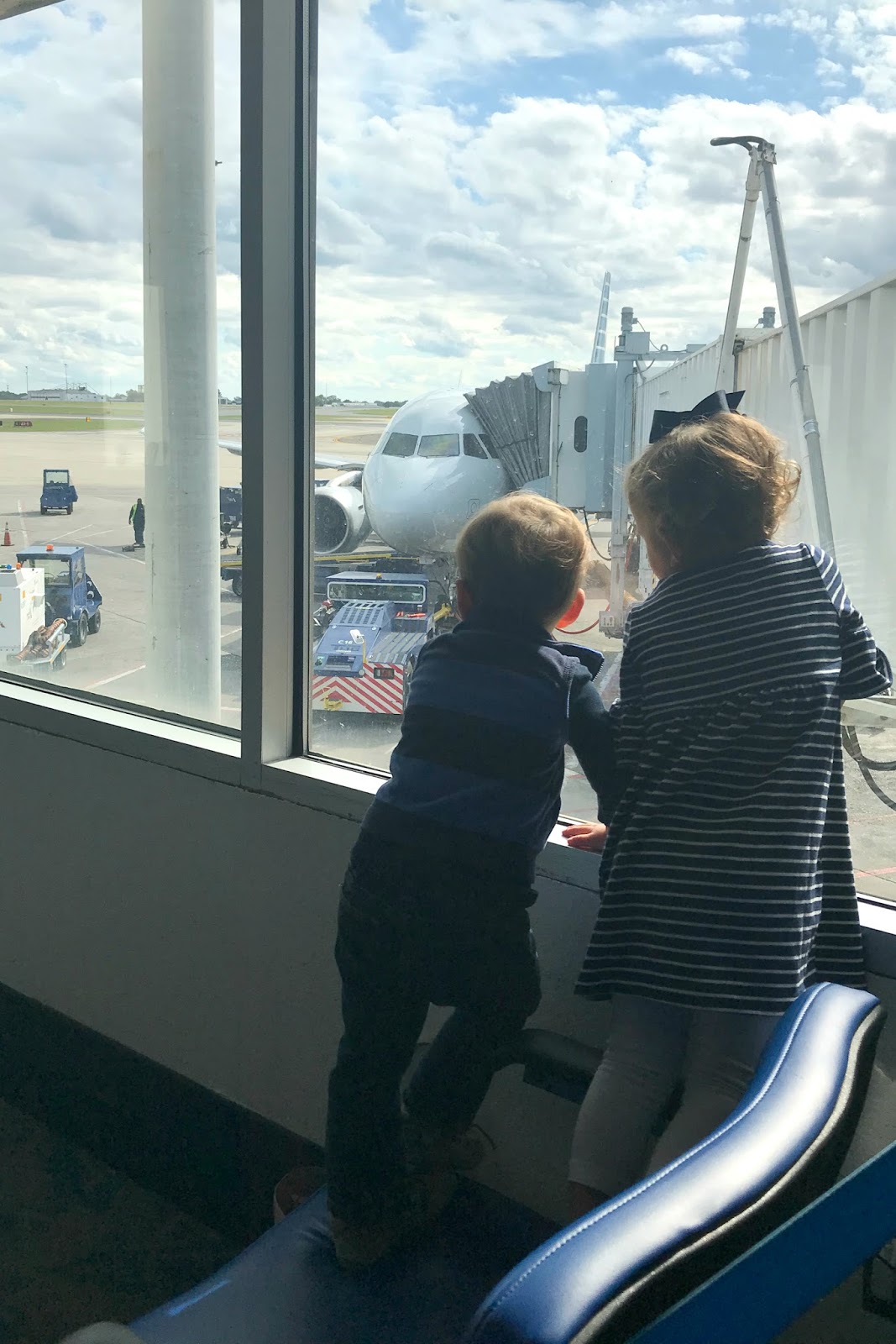 Saturday morning I flew down to Orlando with the kiddos. 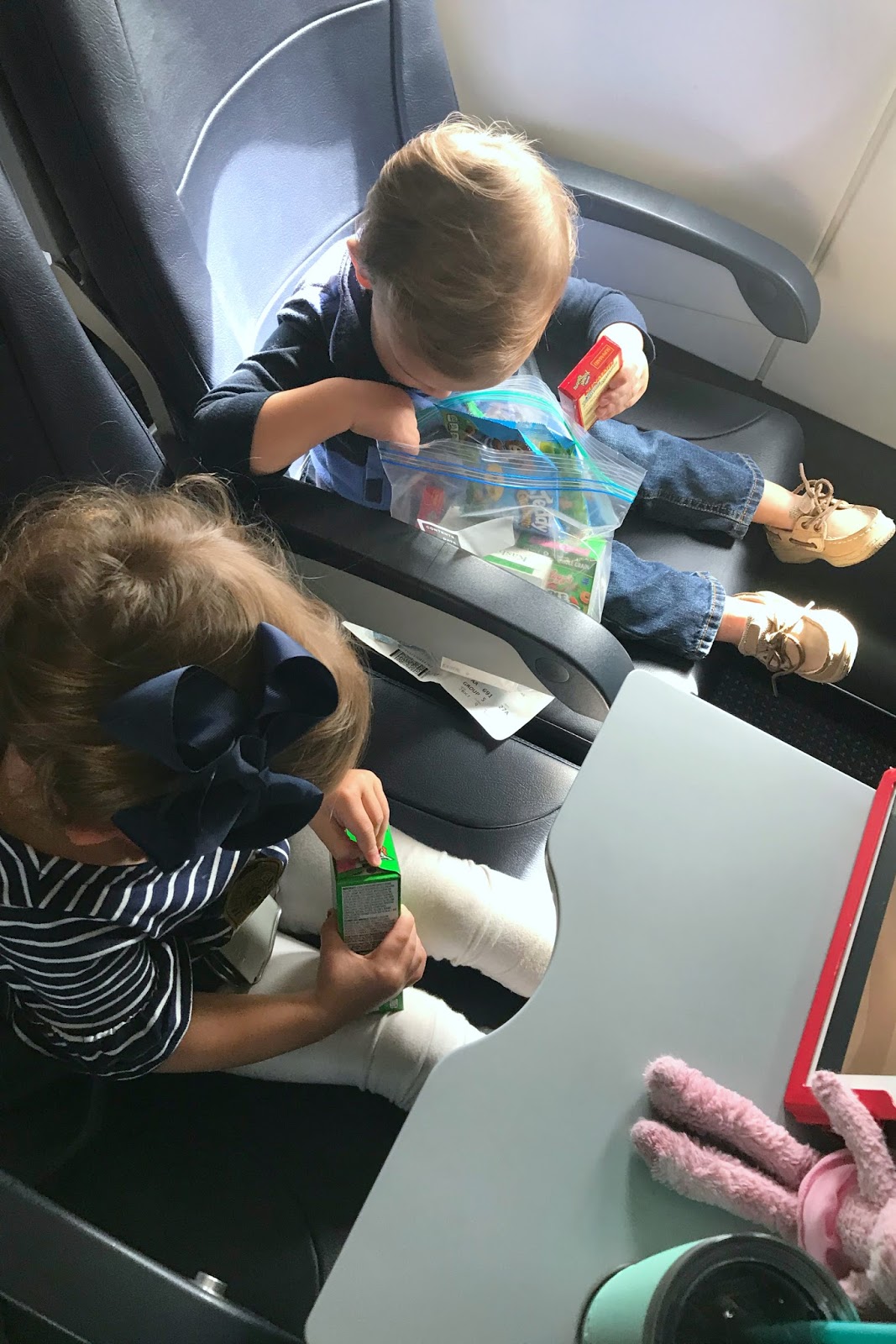 They were rock stars on the plane for 93% of the time. There were two epic battles over who got the window seat for take-off and landing, but other than that, they ate snacks and Caroline glued herself to the iPad while Thomas crawled all over our row, tore apart our carry-on bag and made friends with everyone. 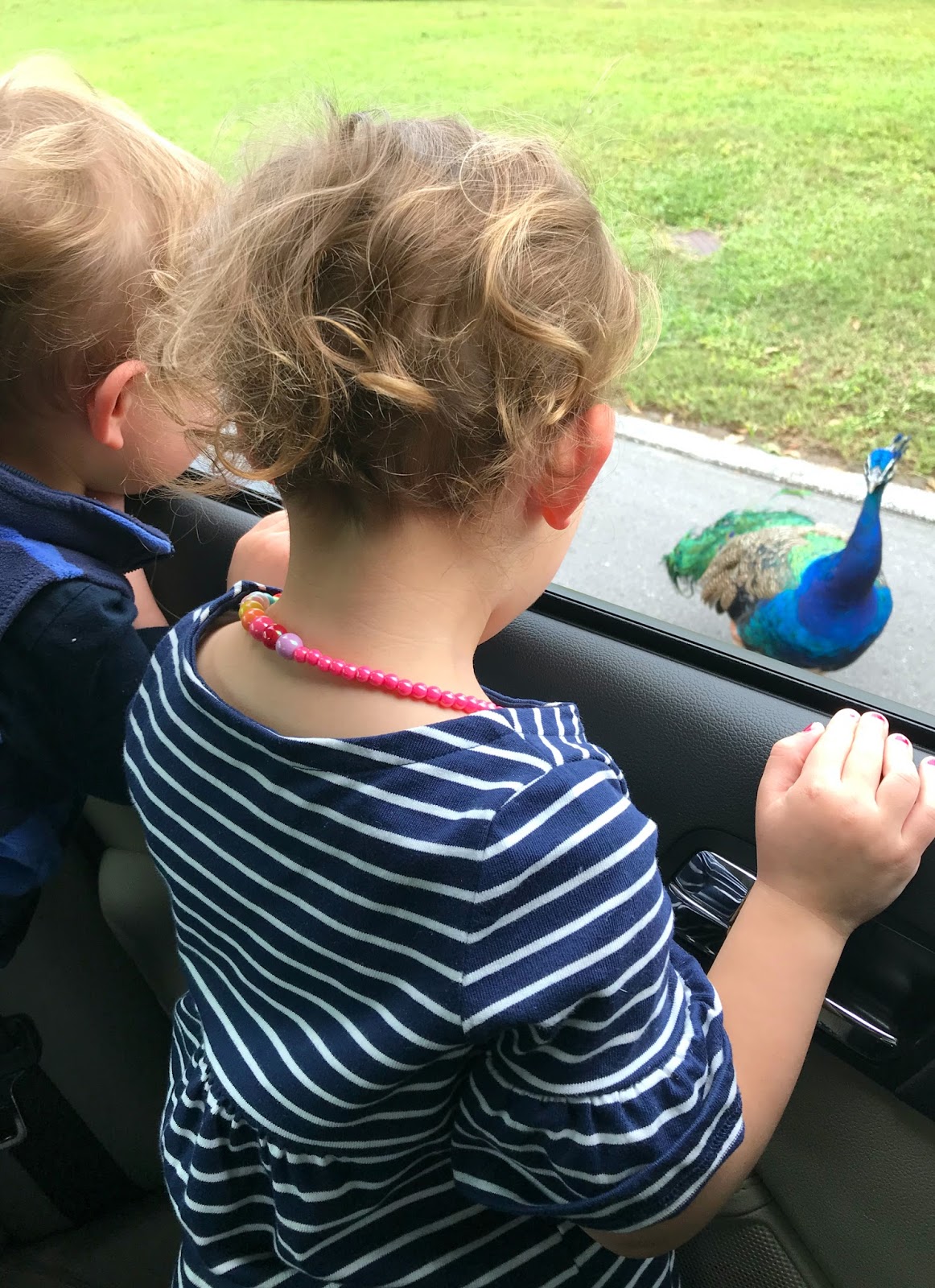 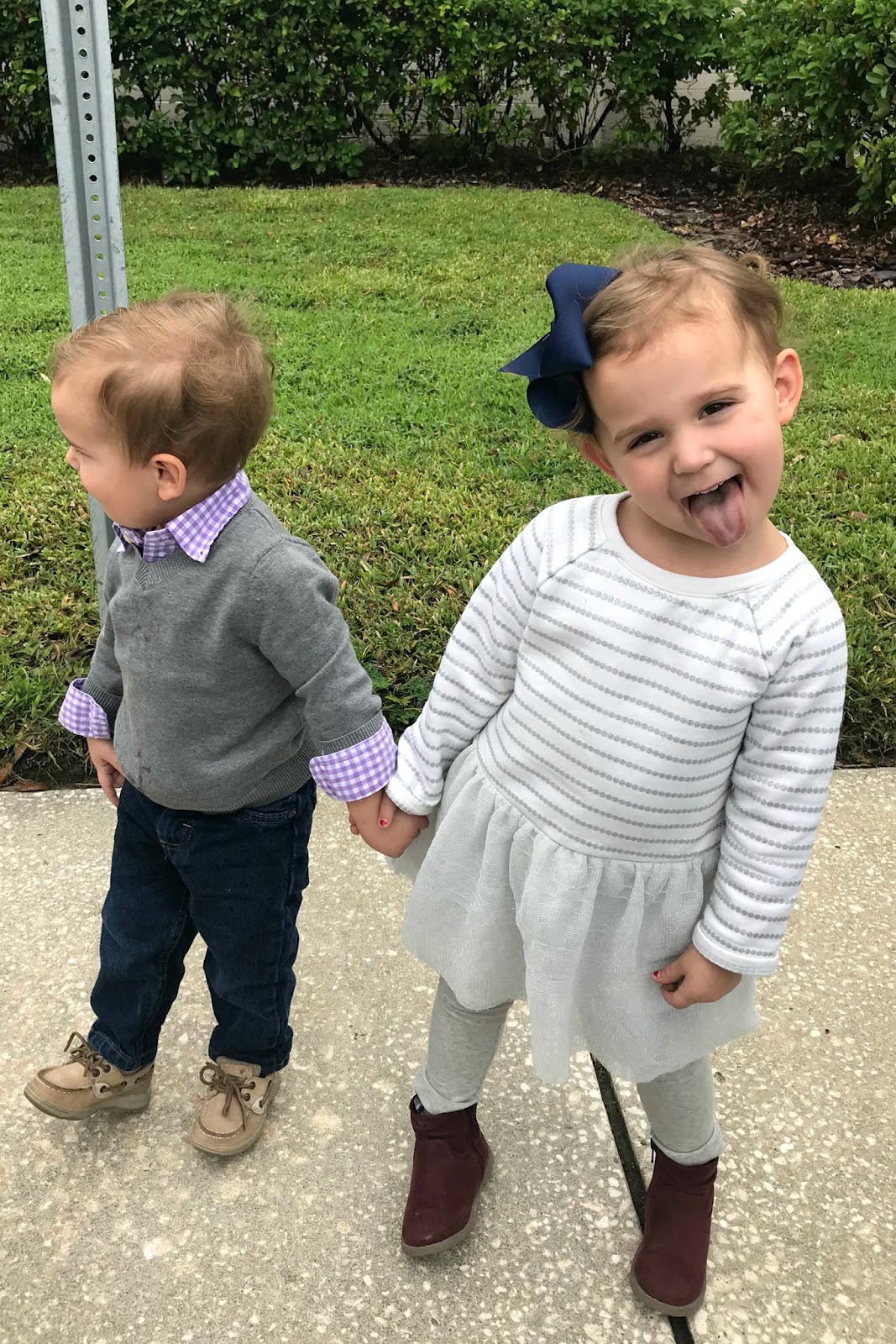 Sunday we went to church! 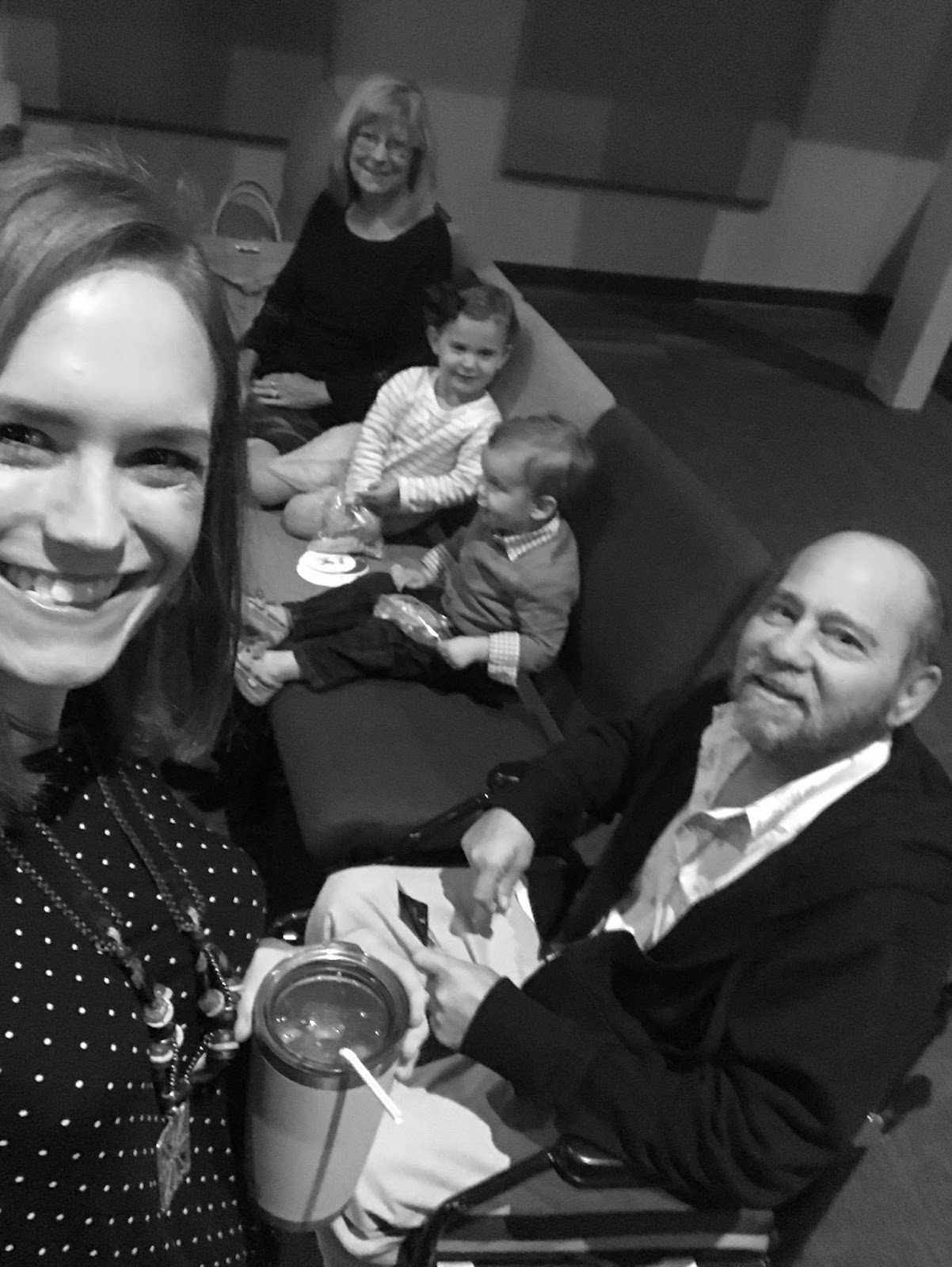 Afterwards we went out for brunch and picked up pumpkins for carving. 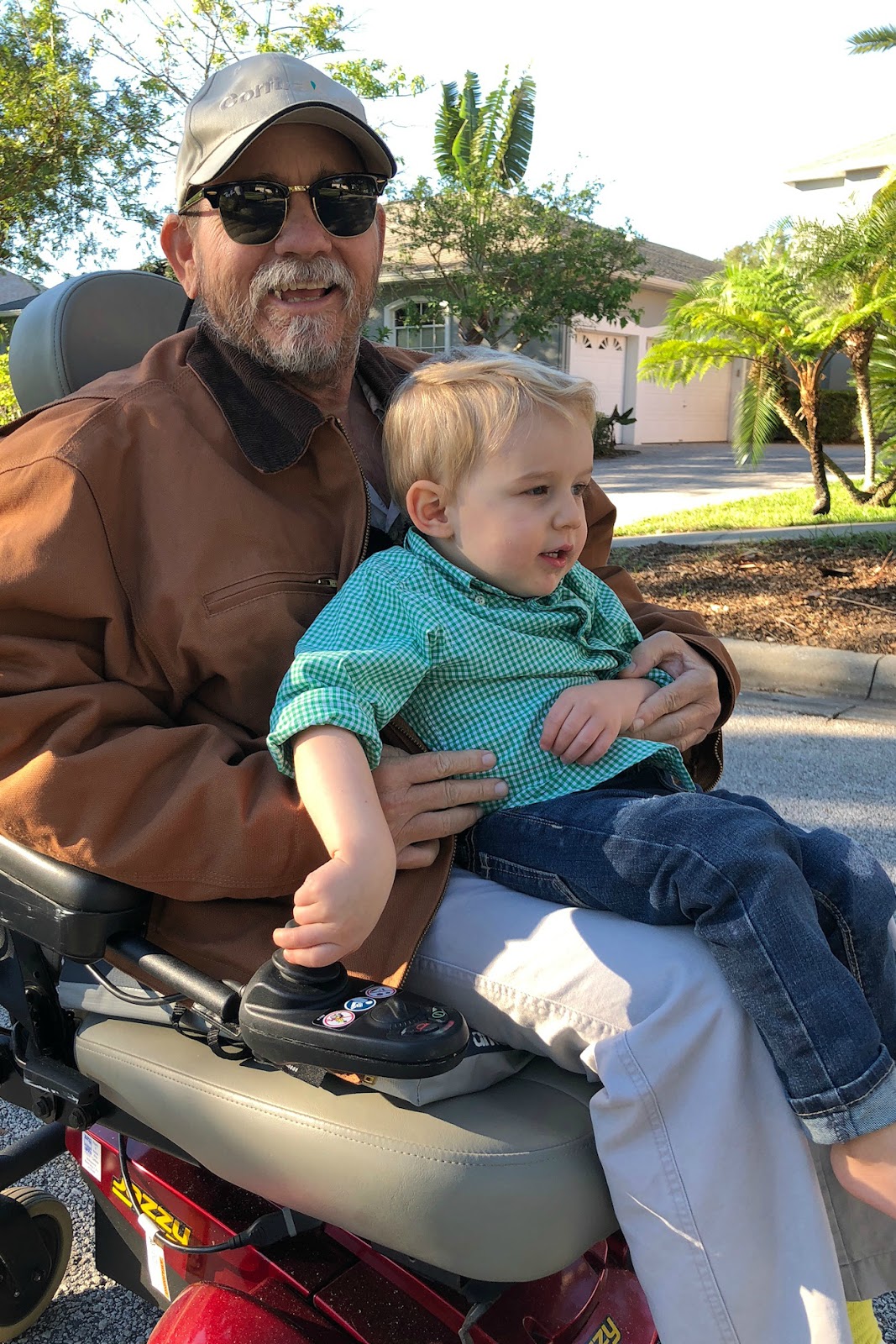 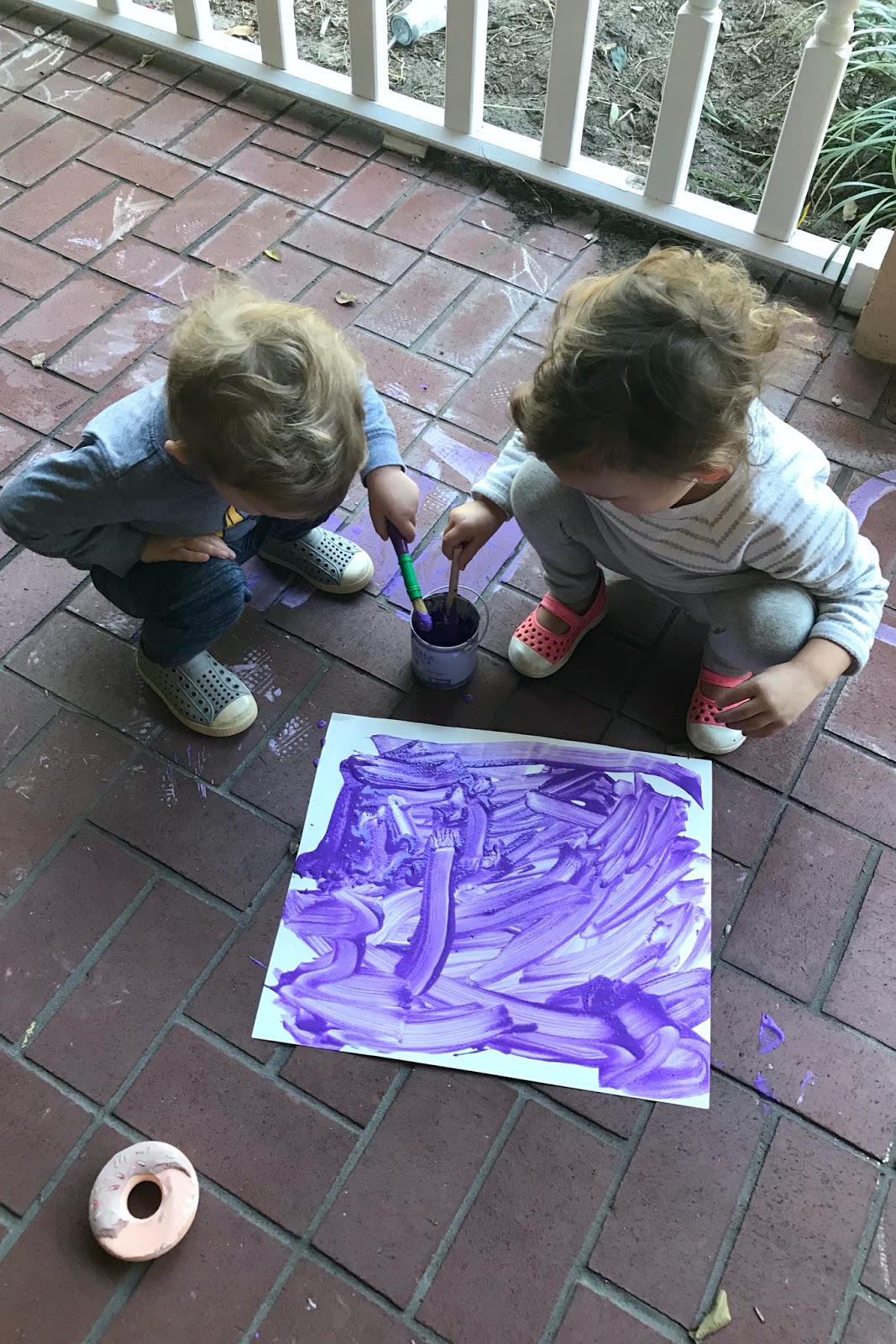 On Monday morning I snuck dad out of the house for breakfast. It was so nice to escape the chaos and just spend some quiet time together over hot coffee. Throughout breakfast I asked him ALL the questions from his favorite decade, car and dog to his best advice, favorite memories and more. This was definitely one of the highlights of my trip home and I am thankful dad is feeling good enough to get out of the house with minimal assistance now. 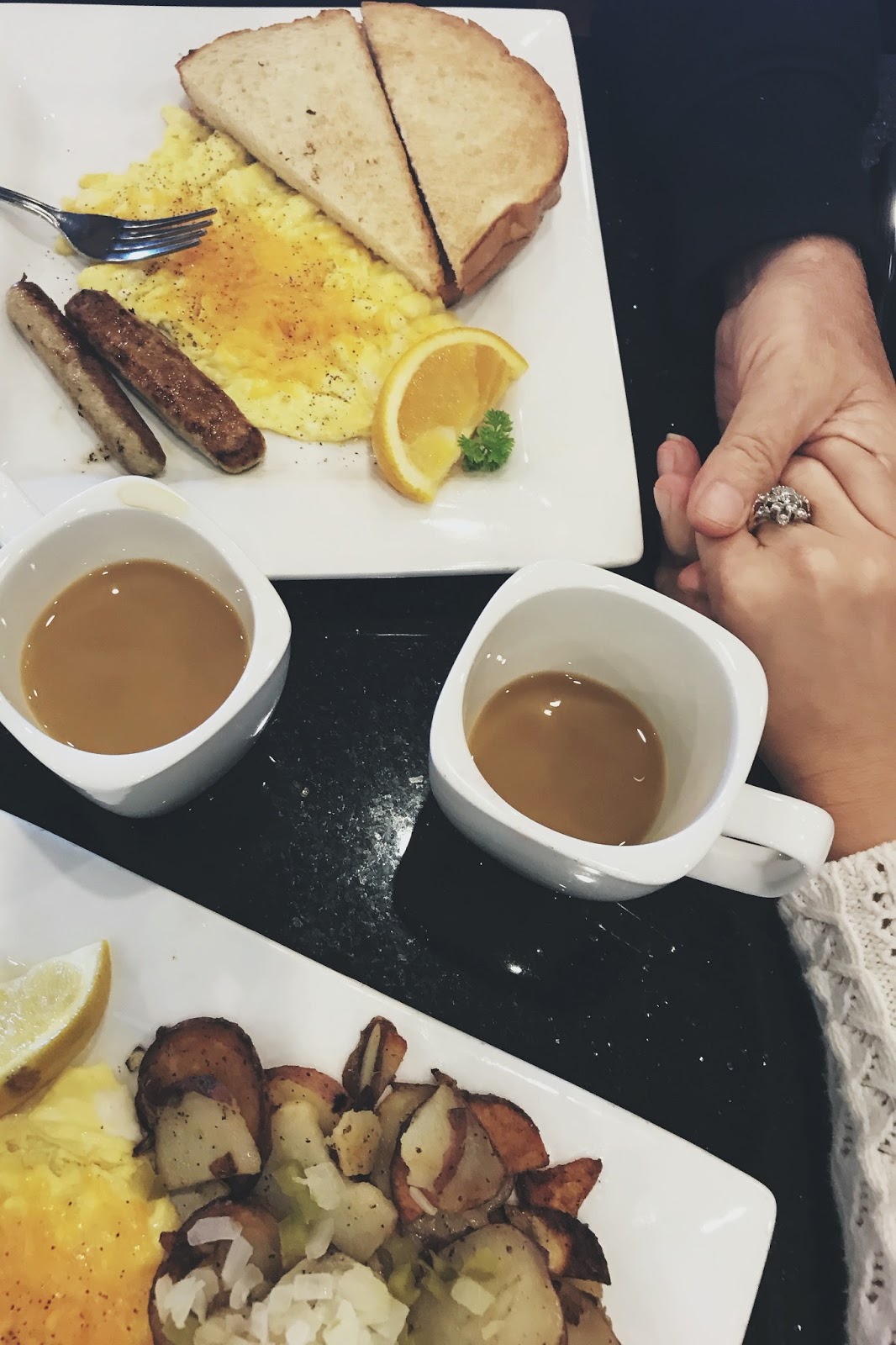 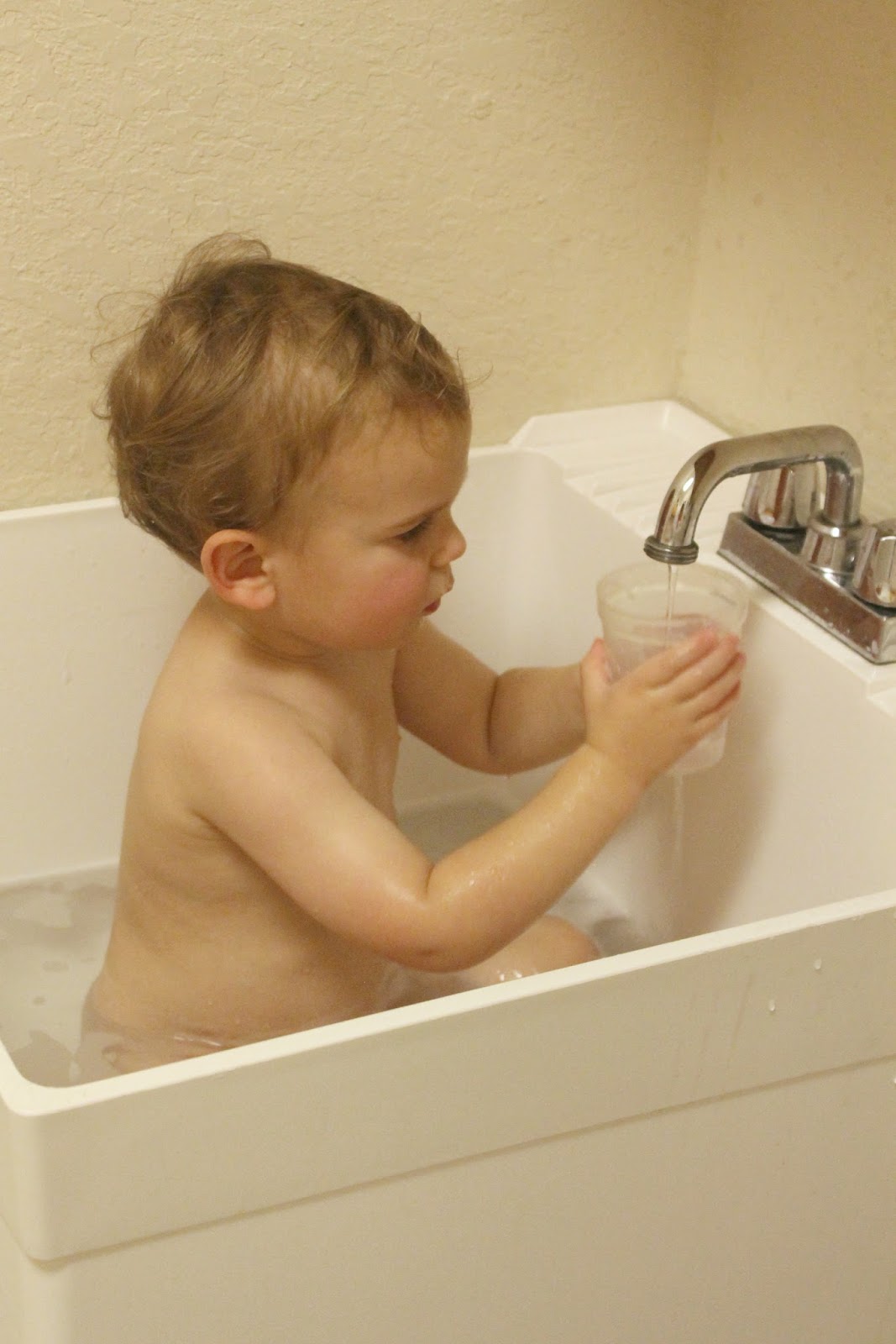 Monday afternoon Matt flew in — hallelujah! Later that day Matt and Ryan competed in a pumpkin carving competition. Ryan clearly came more prepared with multiple stencils while Matt carved his pumpkin by freehand but did have the advantage of a power tool. Uncle Nick refereed the competition. 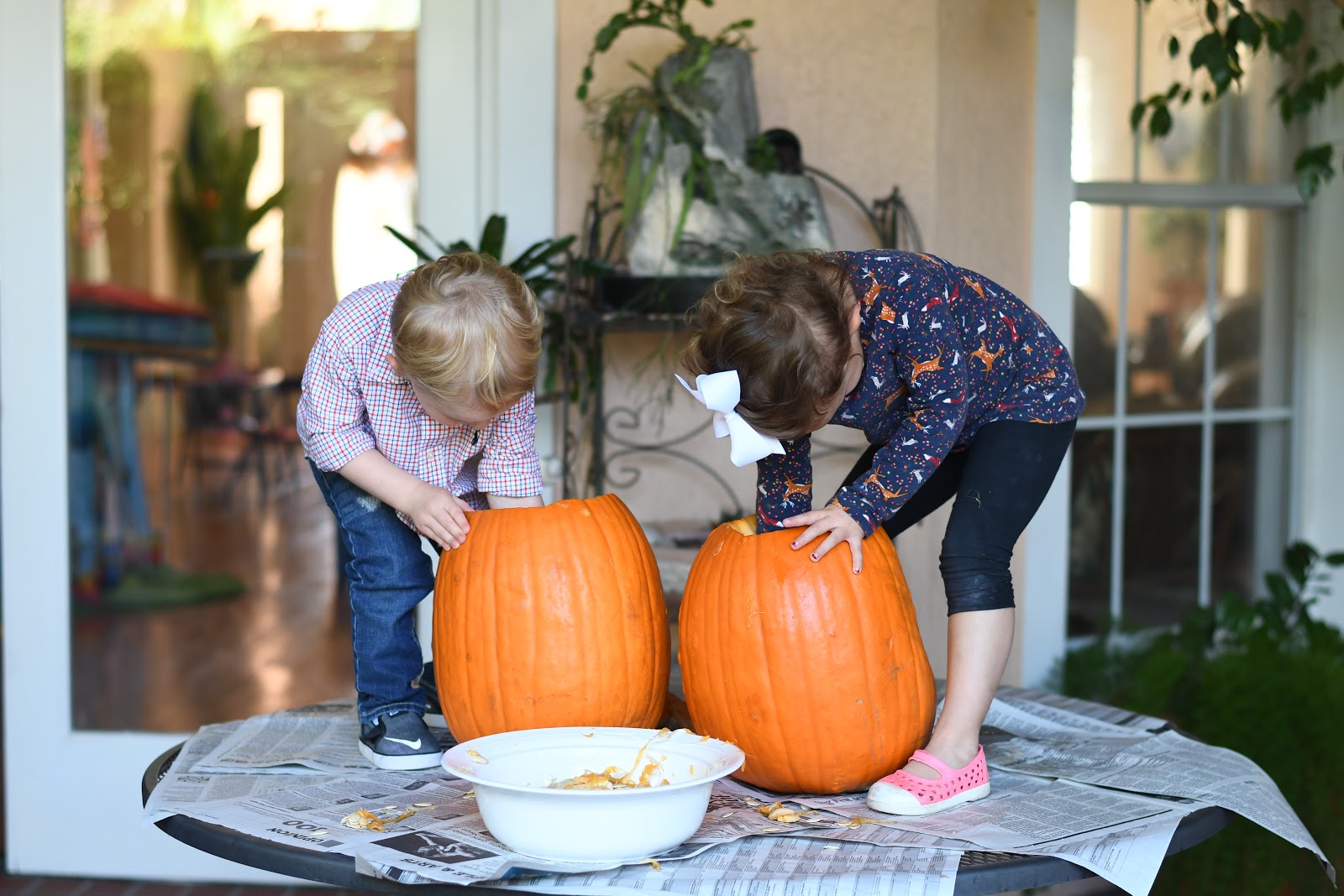 Thomas came down with a nasty cold and was taking it easy inside. However, Caroline and Jackson had a blast scooping out the guts. 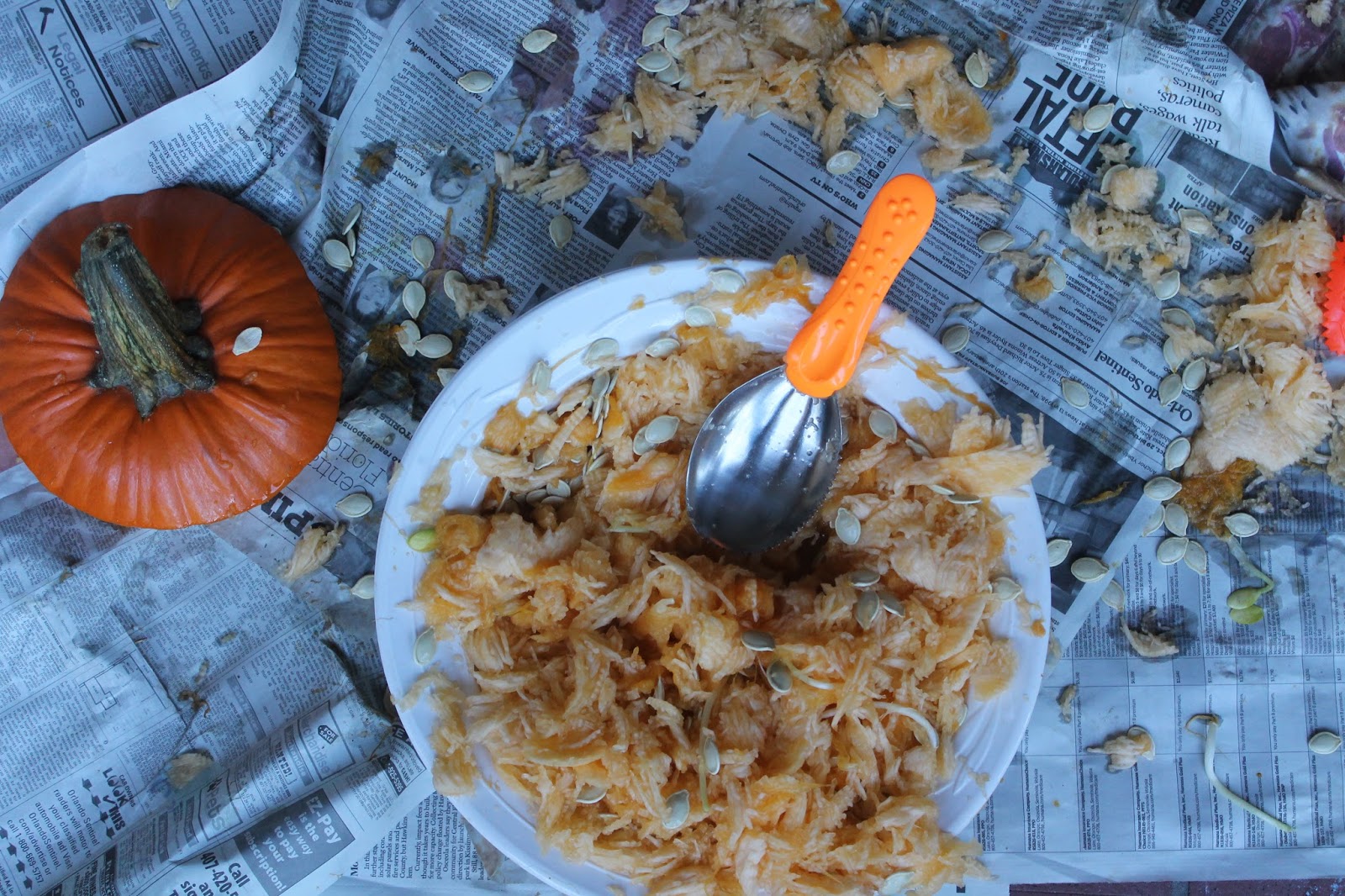 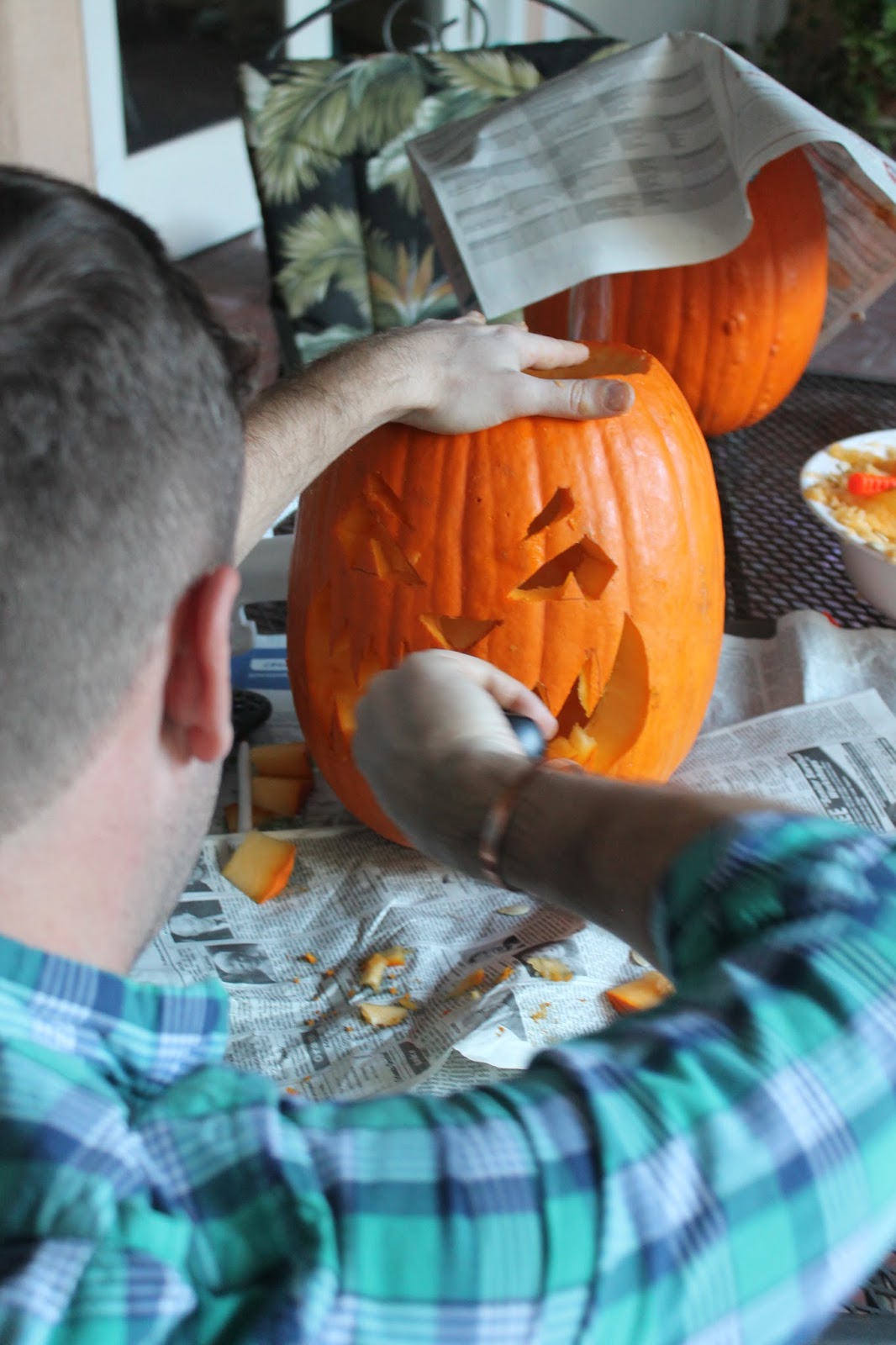 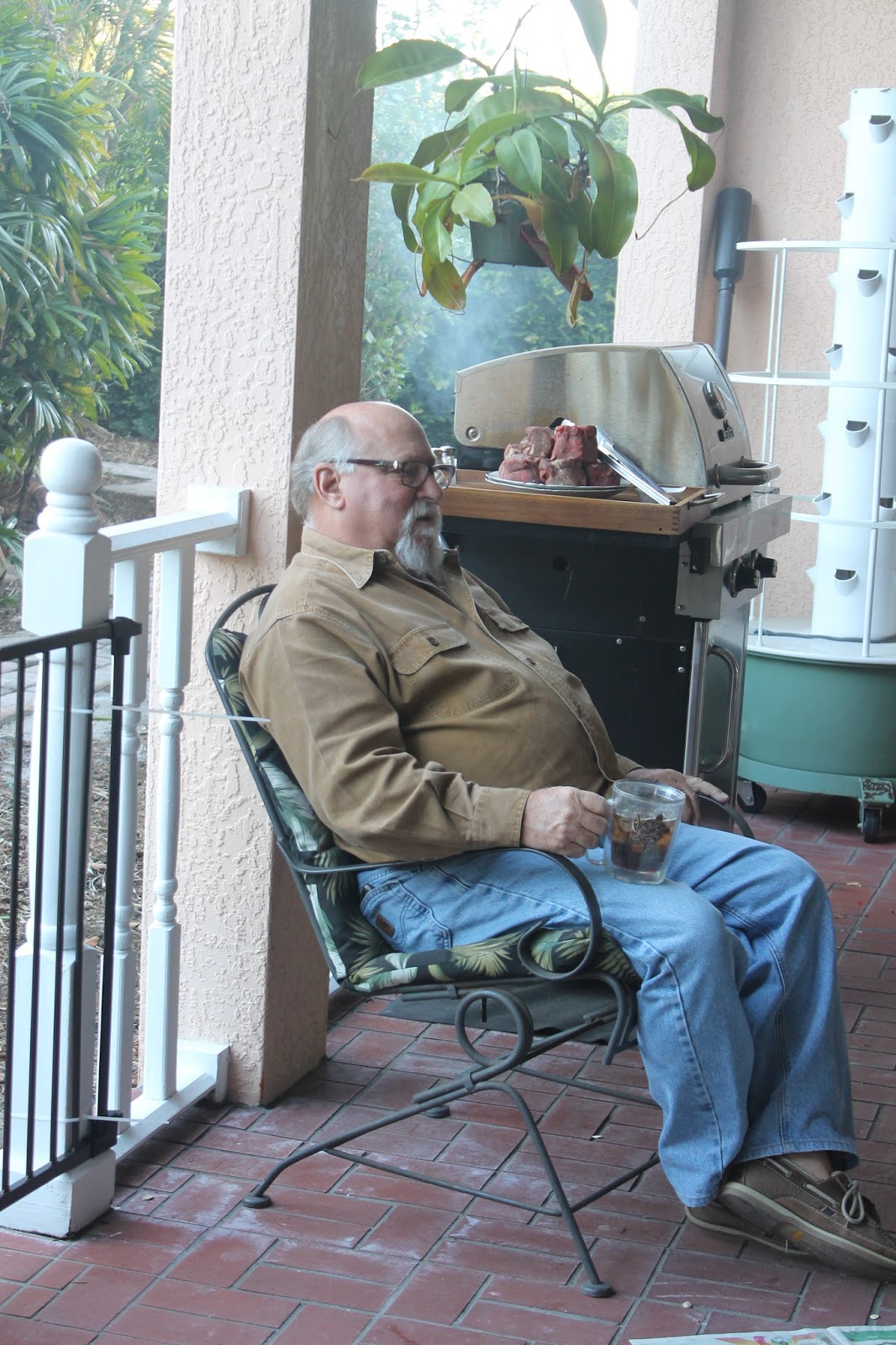 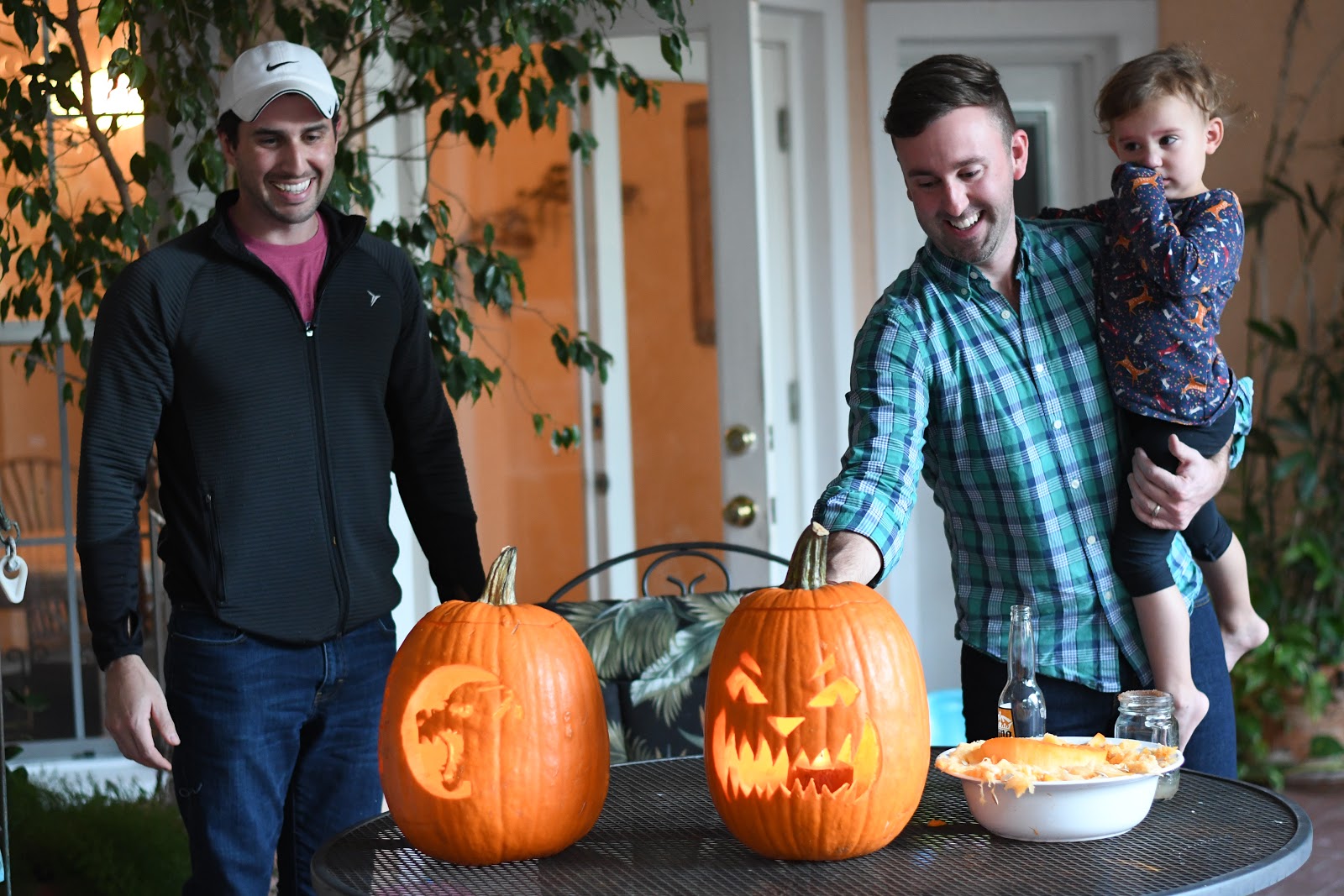 And the winner is…the werewolf by Ryan. 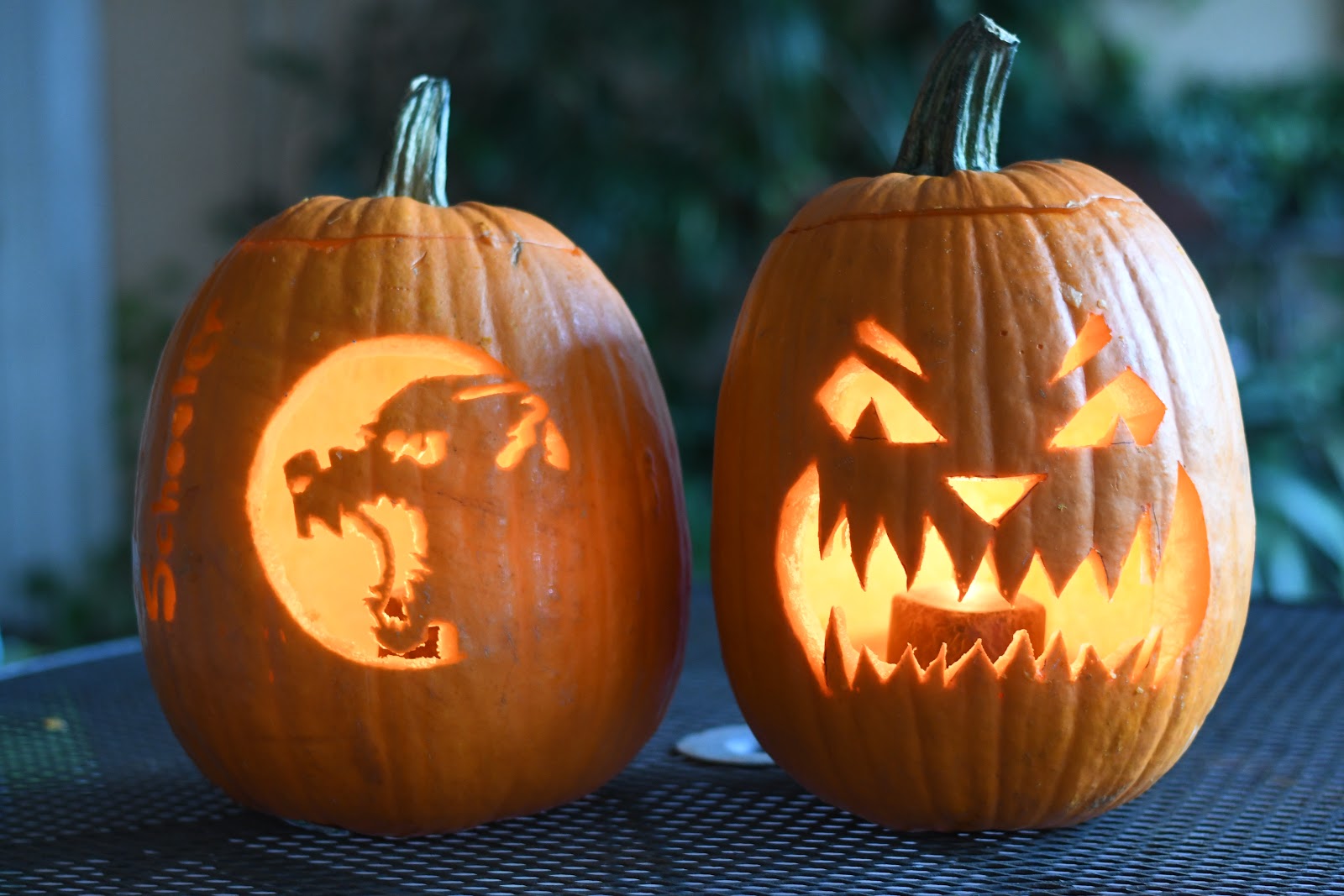 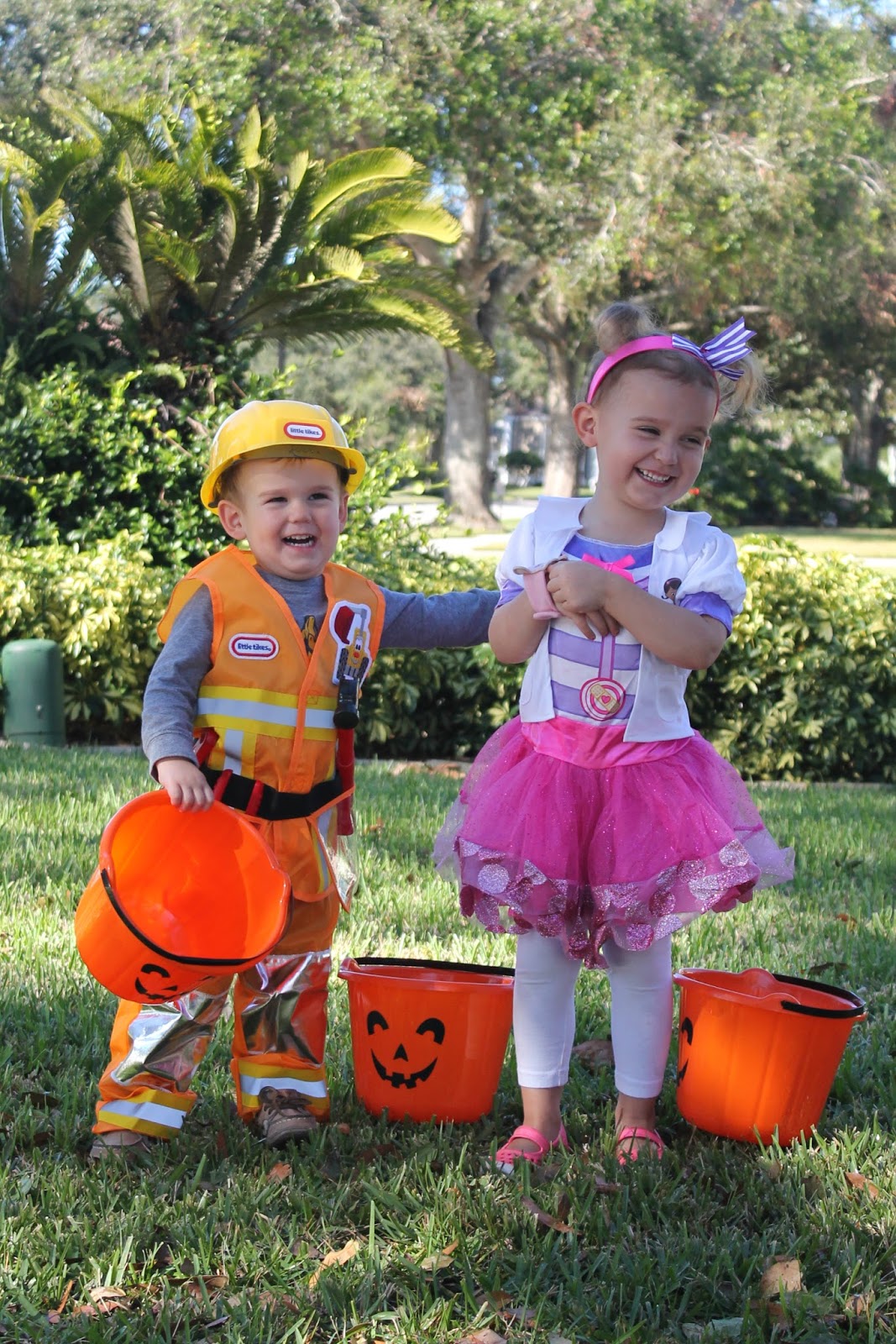 Thomas dressed as Bob the Builder and Caroline dressed as Doc McStuffins. 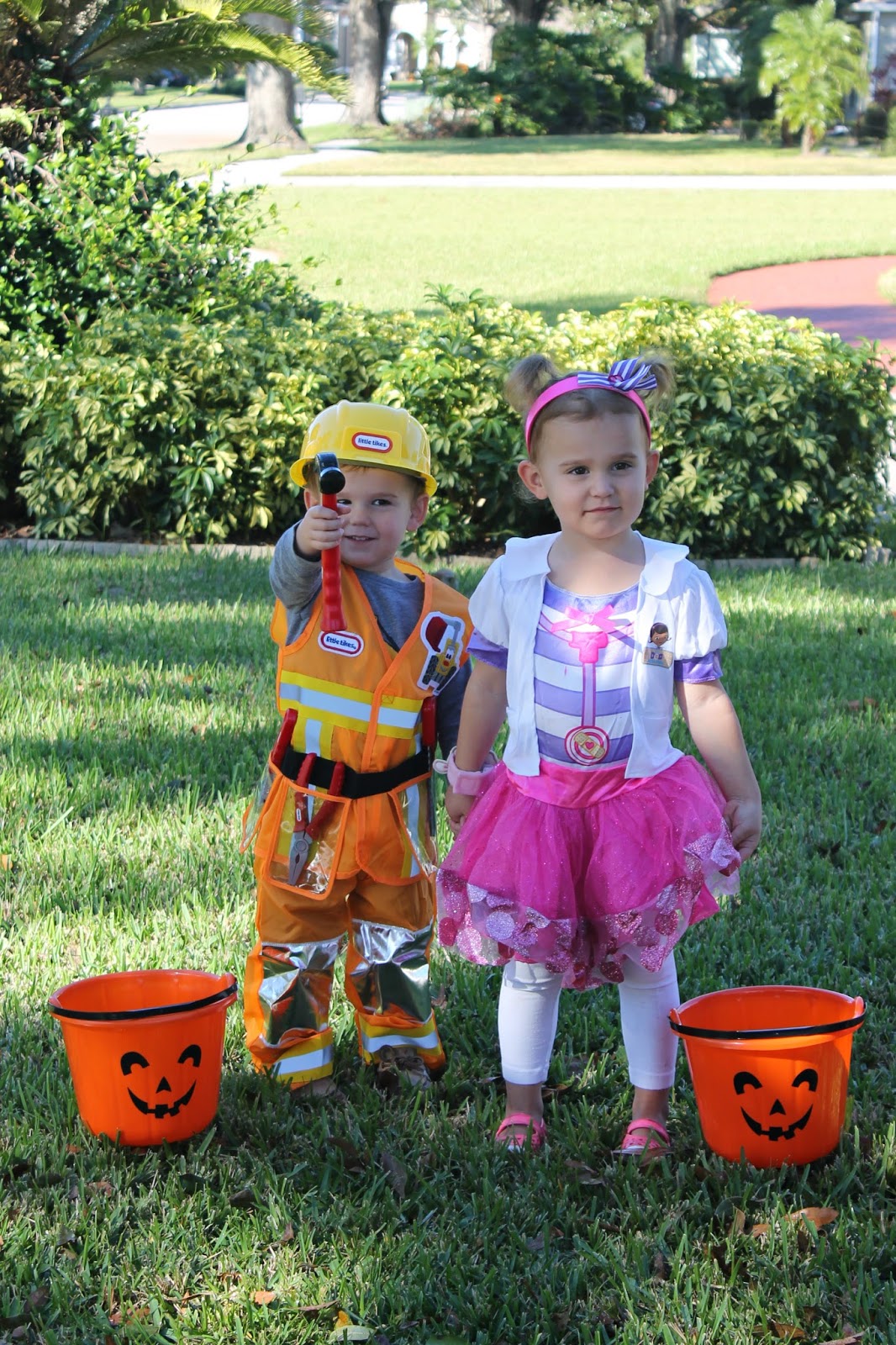 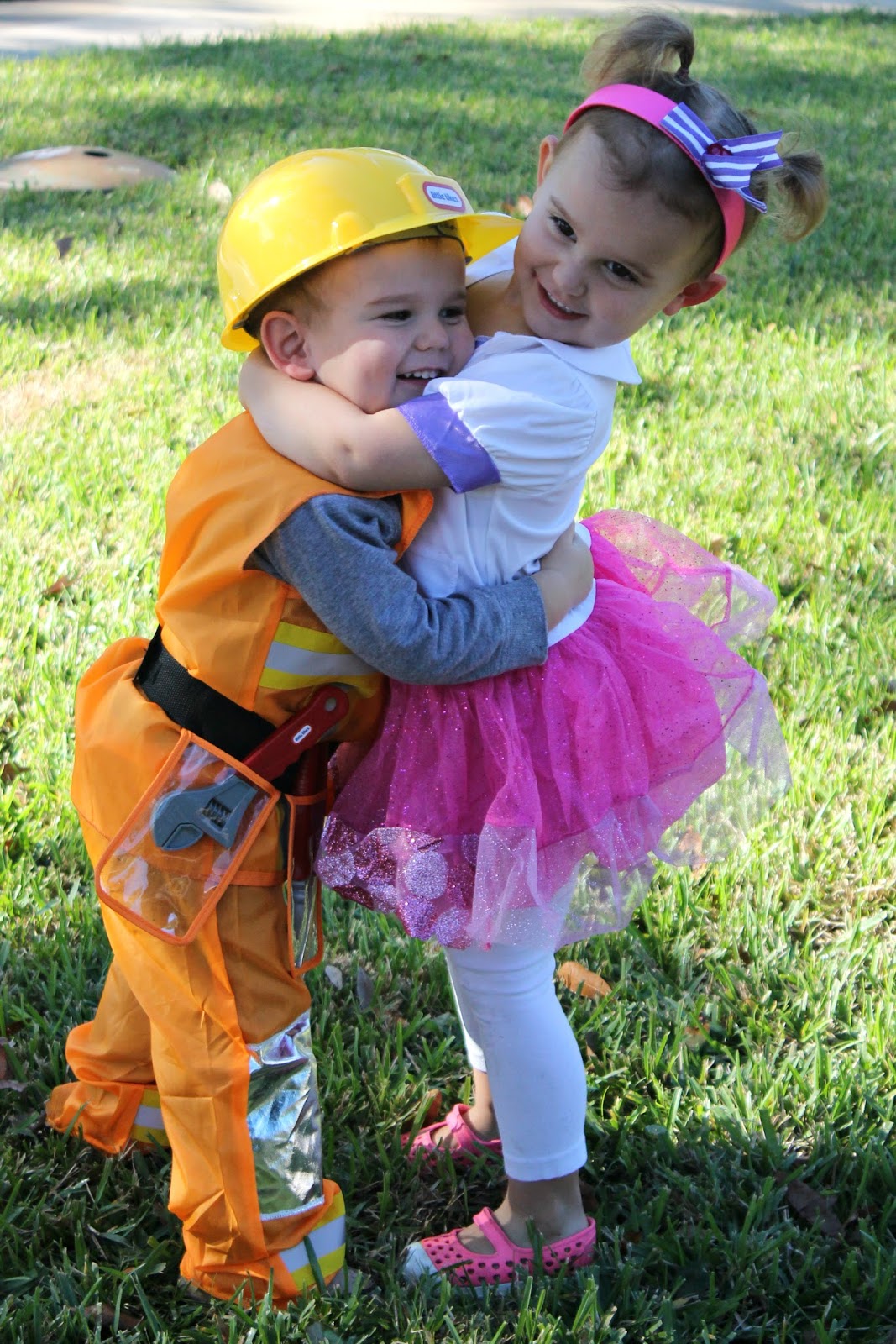 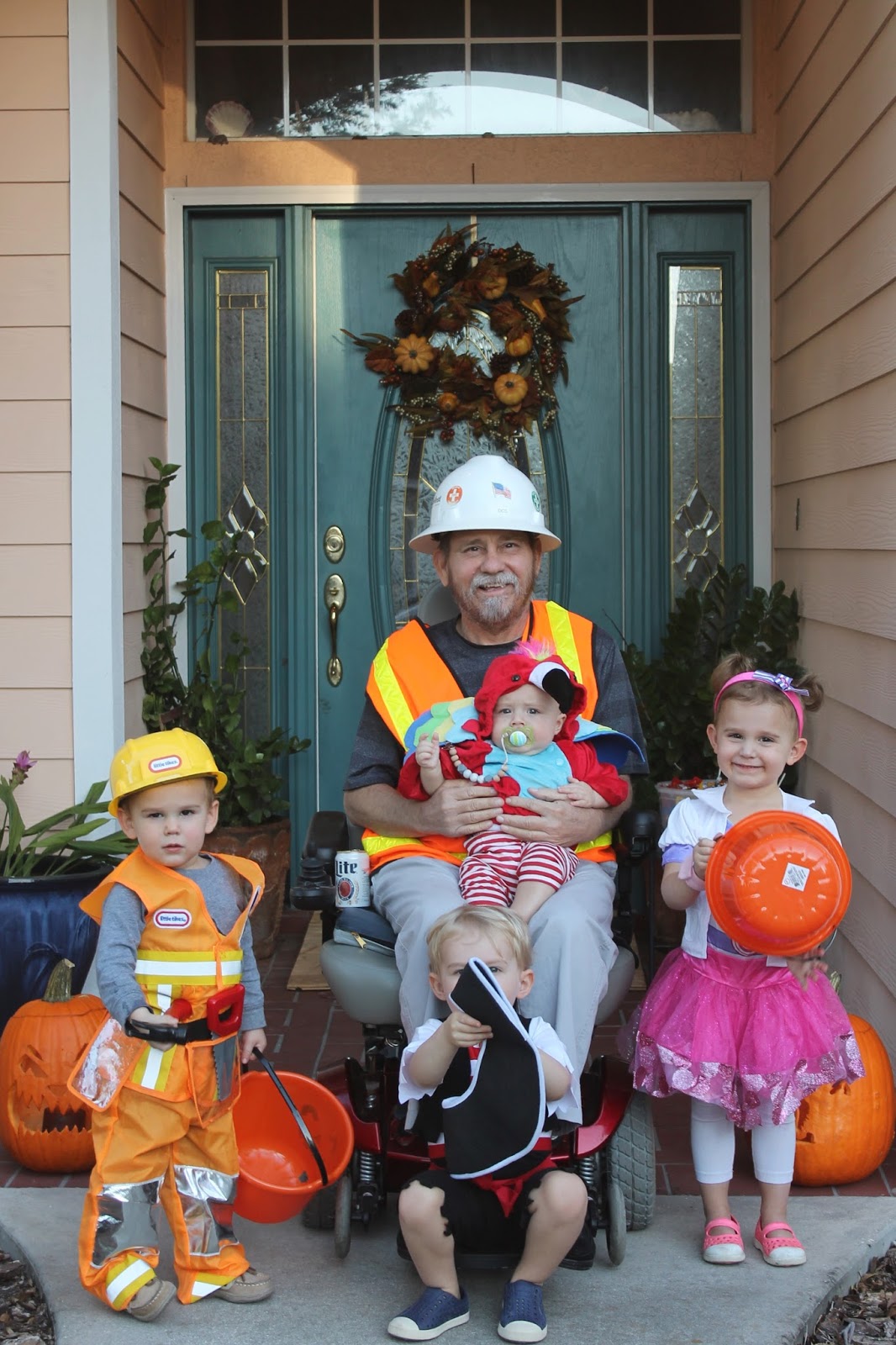 I’m not sure if I ever mentioned this but my dad’s lifelong career was in building construction. He specialized in multi-family housing (large apartment complexes) and managed some pretty amazing projects. He also designed and built the home my parents live in (that we also grew up in). Anyway, he pulled his hard hat and vest out to join Thomas as a builder for Halloween which was pretty awesome. 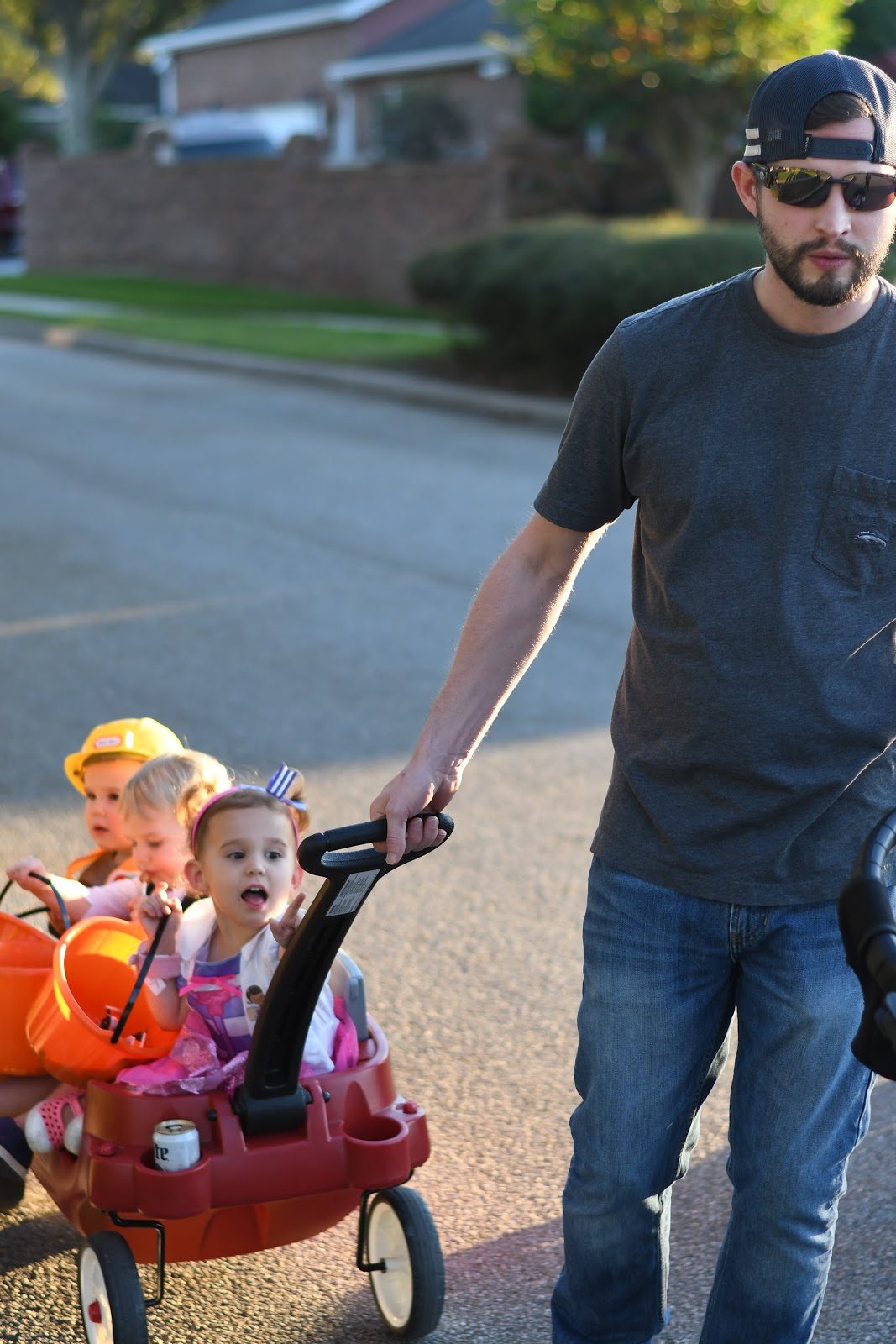 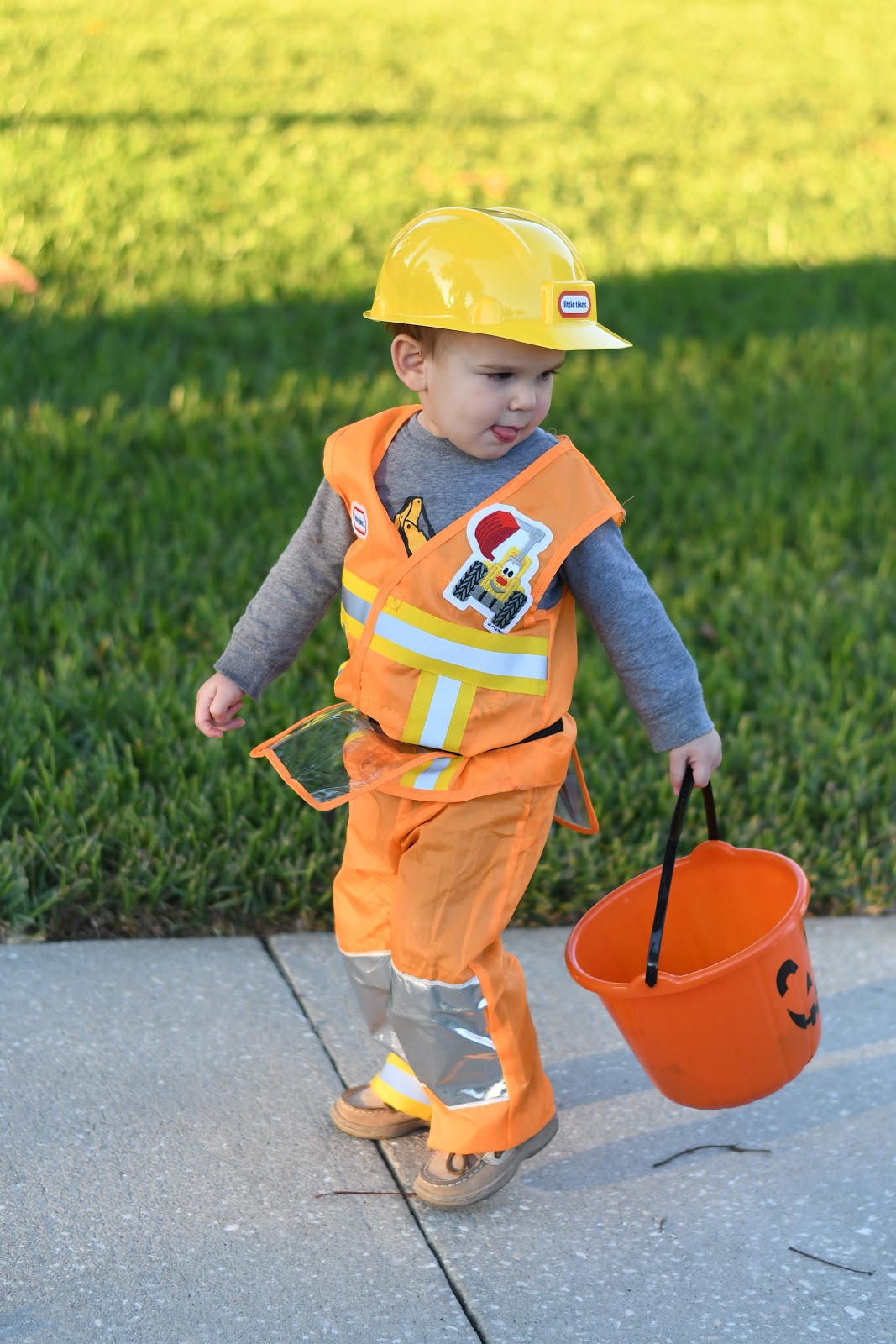 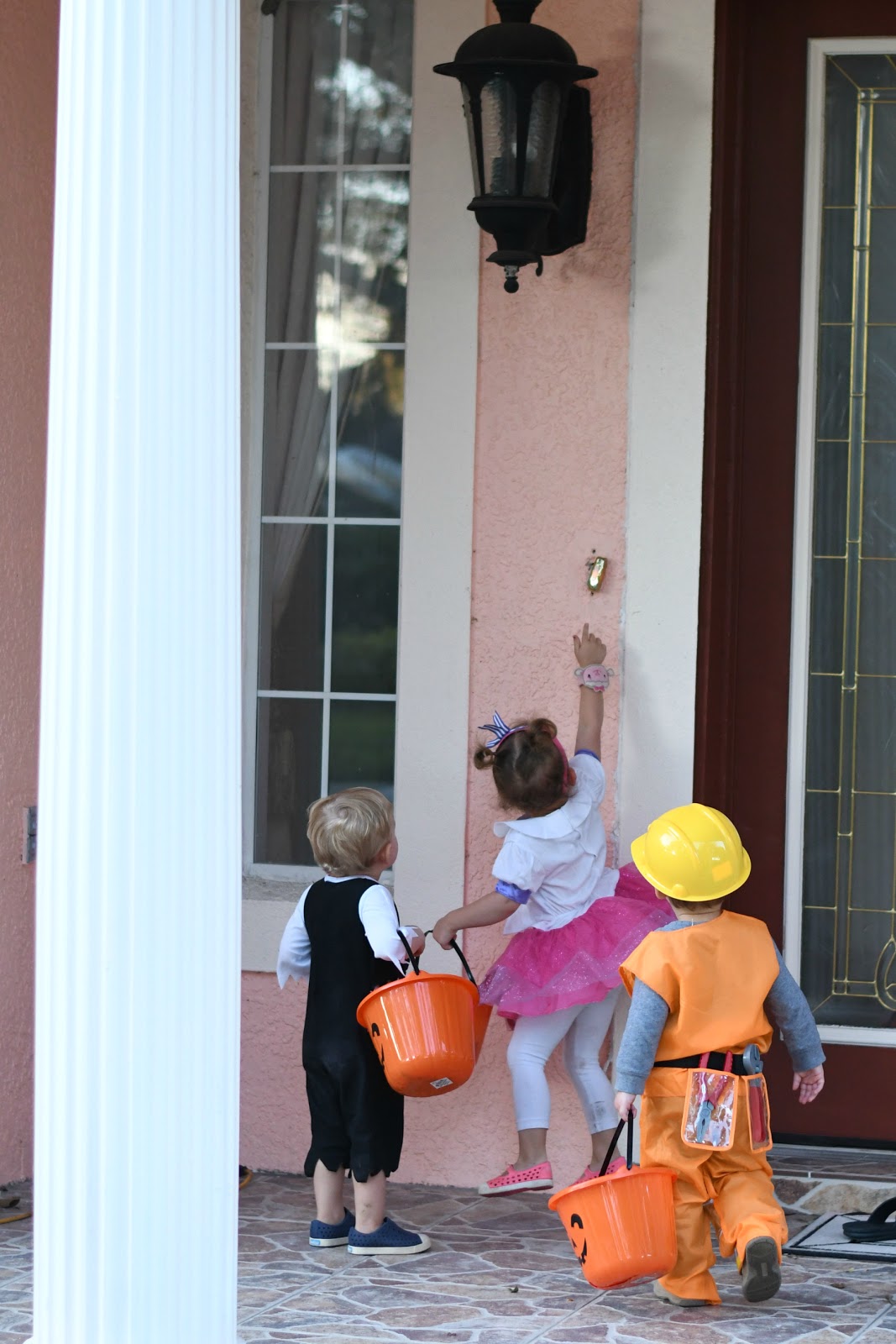 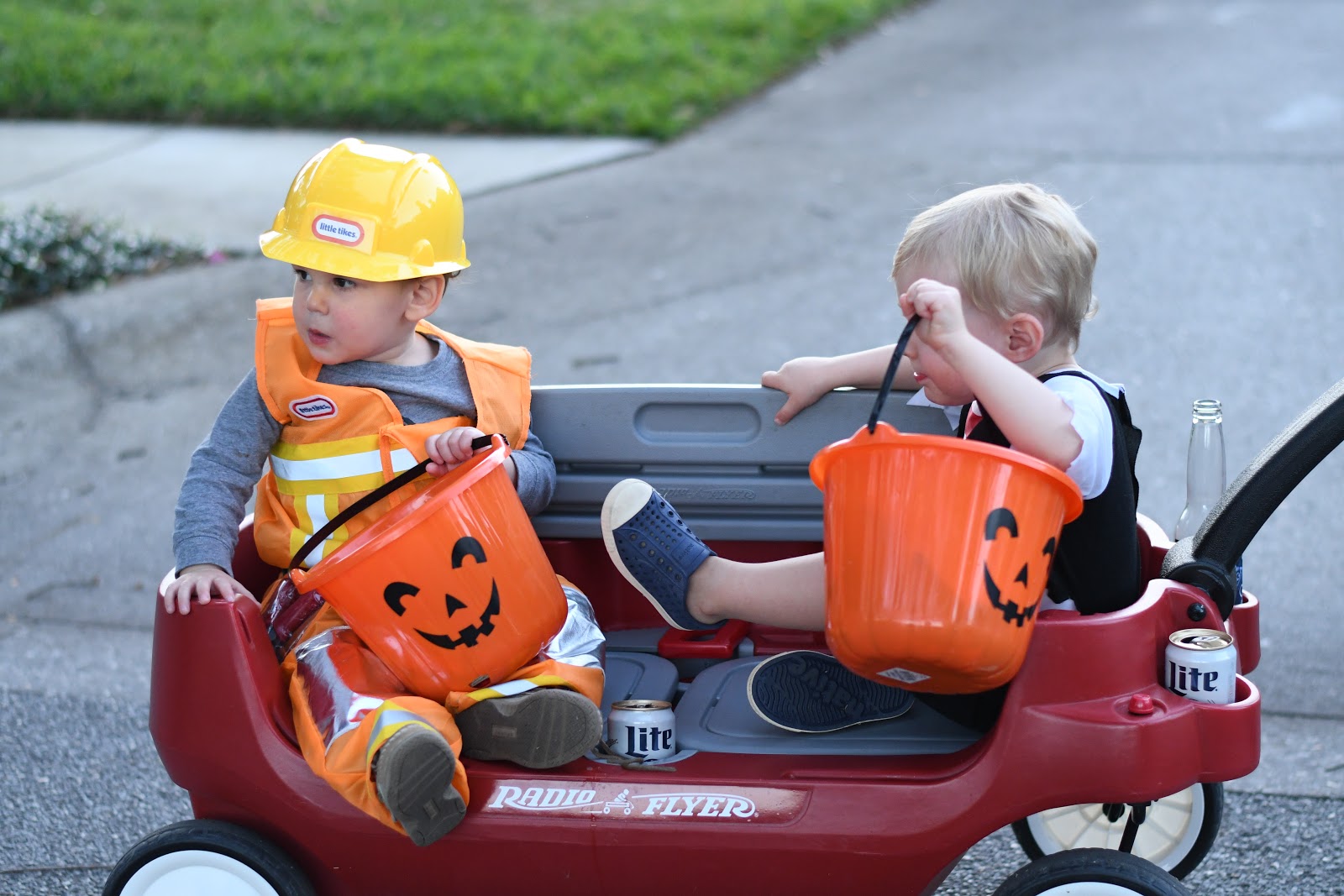 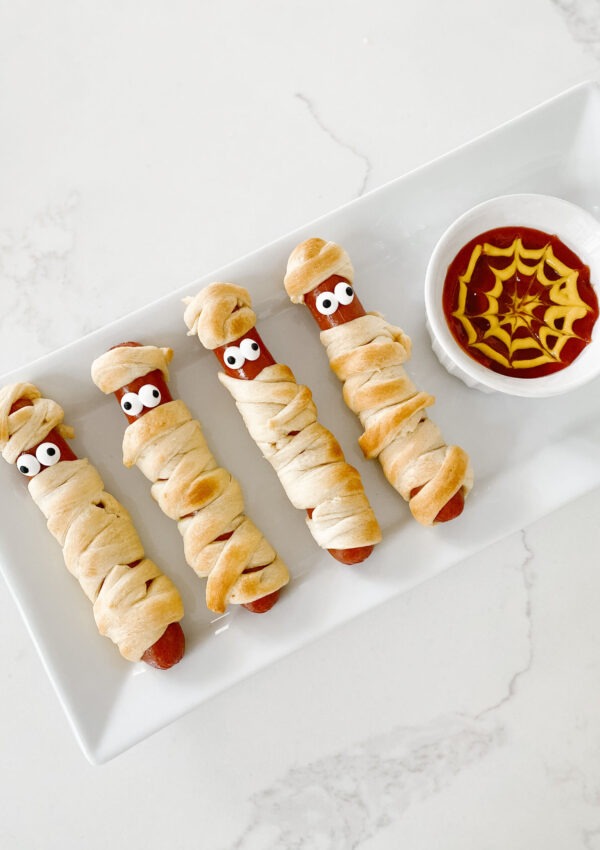