Thomas started Transitional Kindergarten (TK) this week! It’s hard to believe this is our very last year of pre-school. It seems like it was just yesterday that we were dropping Thomas off for his first day of pre-school and here we are now! 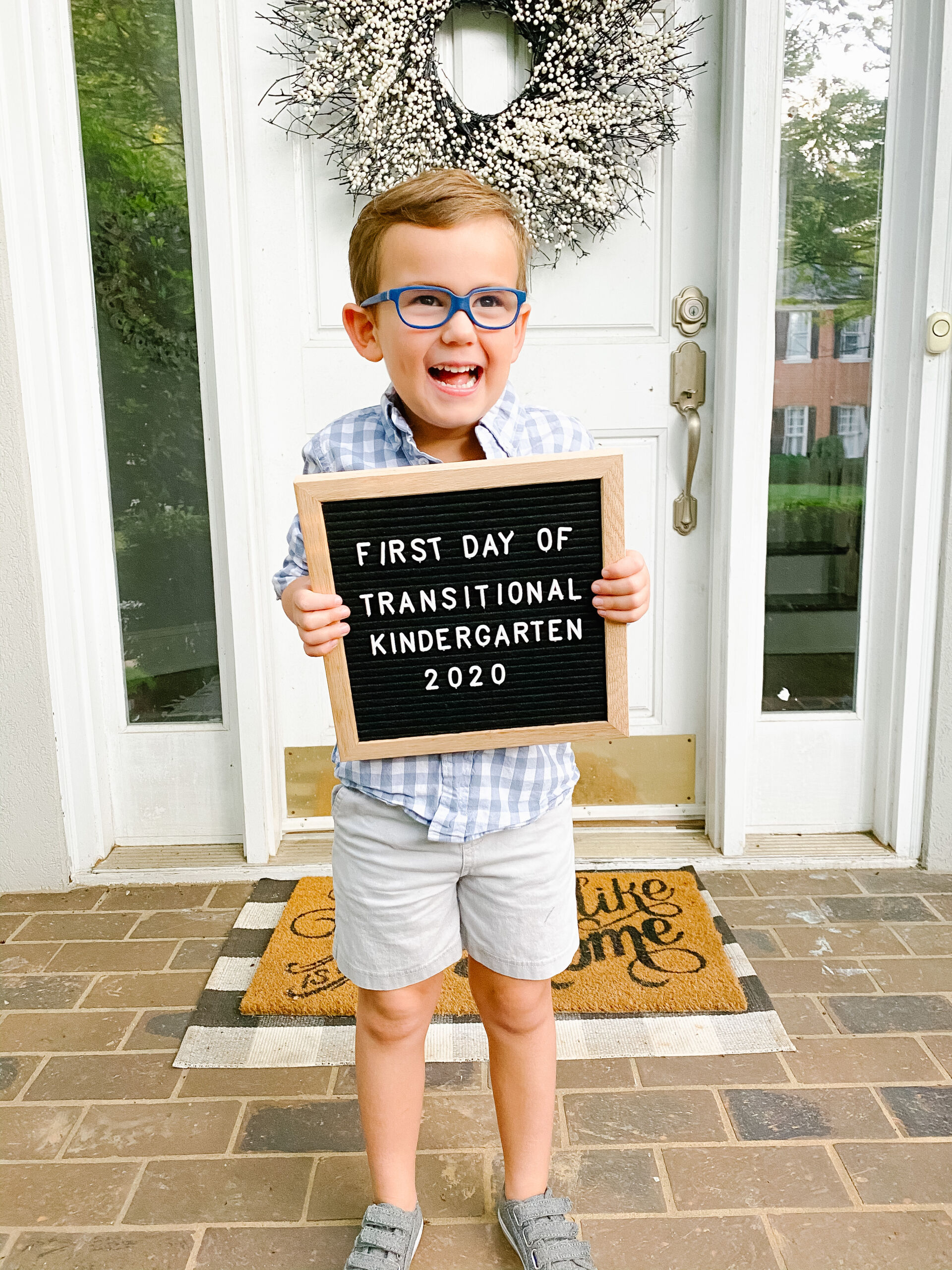 When I grow up I want to be…A Power Ranger! 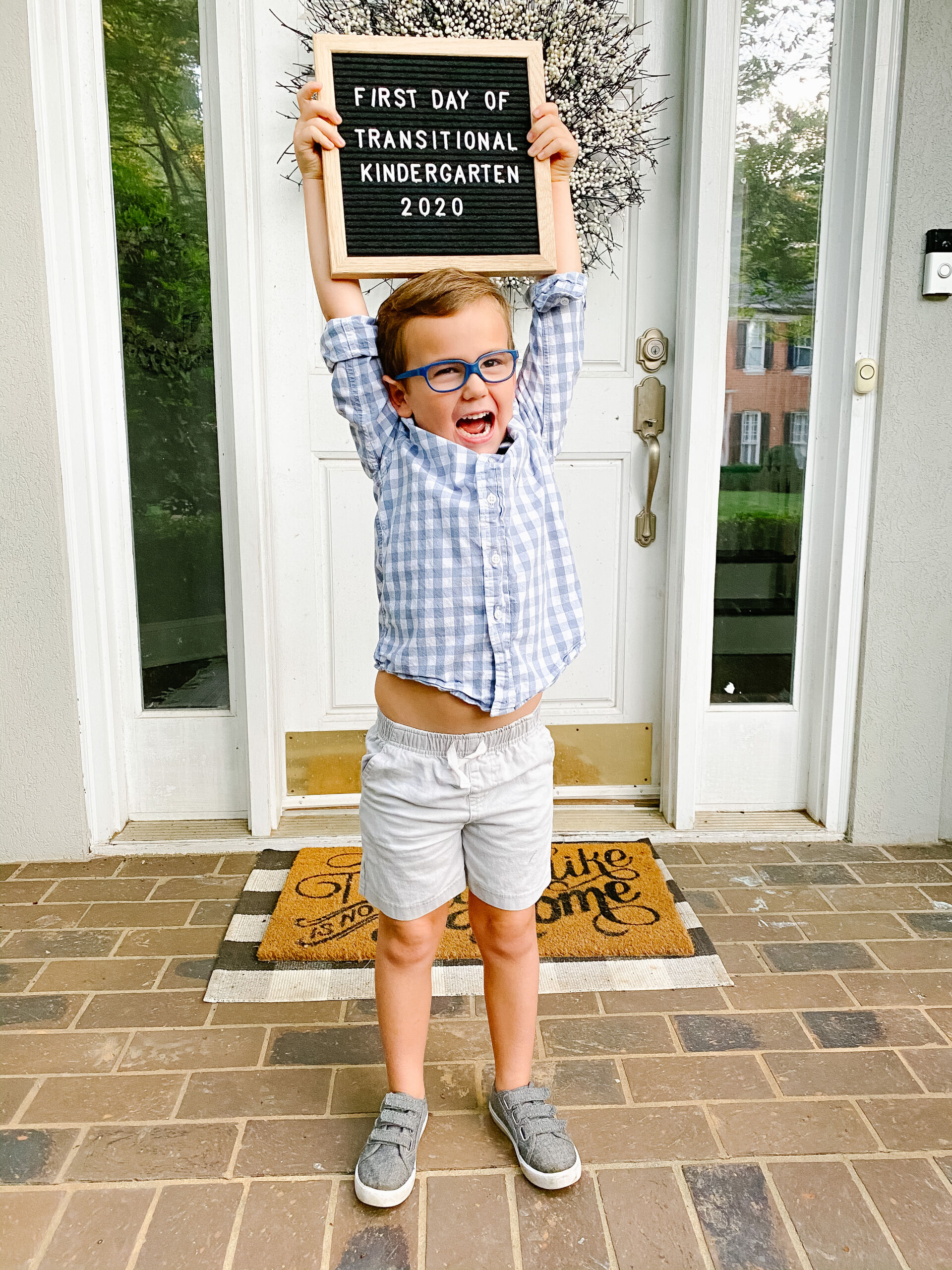 First, Caroline started at Thomas’s daycare this week too in a “remote learning program.” So the kids are back together again (kind of, they are in separate areas of the building) temporarily until school resumes in person.

Secondly, we (well, technically only Matt because only one parent can be in the consult during COVID) met with our cataracts surgeon a few weeks ago for a consultation and to finally book Thomas’s long anticipated IOL eye surgery!!! The IOL lens (intraocular lens) surgery is the second part of his cataracts surgery where an artificial lens is in implanted in Thomas’s eyes. The IOL replaces the natural lens he had removed during his cataract surgeries when he was 3 months old. Since then, he’s been wearing contacts which give him a baseline vision until he was old enough for the IOL. So without his contacts in, Thomas is completely blind (all he can see is foggy colors like looking through a frosted beer glass). As I understand it, the IOL is a permanent contact lens of sorts. Thomas actually became eligible for this surgery at 2 years old (which is when your eye reaches full adult size). And almost all congenital cataract patients have the surgery as soon as they are eligible because the cost of the contacts is unbelievably expensive — like $200+ per lens…and insurance doesn’t cover them no matter how many letters the doctor sends stating they are MEDICALLY NECESSARY.

Our surgeon did a thorough exam of Thomas and was completely blown away. Not only are the contacts doing their job, but all of the intricate details of the first two surgeries (to prepare for the IOL later) have healed perfectly and all of the pieces are in tact for the impant…which means he is really set up for success for his IOL surgery.

Our surgeon said he just can’t imagine doing the surgery right now because of how well Thomas is doing wearing his contacts. He was so incredibly impressed with Thomas for being such a good contact wearer — mind blown, actually. So he strongly recommended we hold off for a little while longer and continue with contacts so we can easily tweak the prescription as his vision changes (versus deciding on a permanent vision lens now). And these were the doctors words, not mine, but I’m going to share them because this journey has been SO DAMN HARD and so often we’ve felt like we’re failing…the surgeon said “Thomas’s success with his vision is 100% a testament to you as parents for keeping up with his contacts so well and making it this long.” When Matt shared this with me we both got emotional. I honestly cannot explain to you what this experience has been like…but those words made it all so worth it. And in even better news, because of the success with the original surgeries coupled with the contacts, the surgeon believes that once Thomas has his IOL, his vision will actually be pretty damn good (which we’ve never, ever, ever been told before). Maybe even good enough to play any sport he wants. And he will likely get that drivers license one day…(cue all the tears…no…cue the ugly sobs)

So yeah, we’ve been hit with some pretty remarkable news recently. And we are beyond thankful. 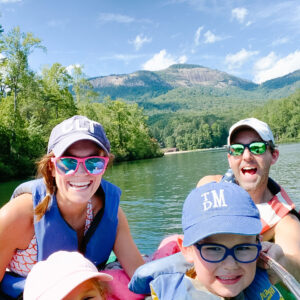