It’s hard to believe our little fur baby is slowing down (just a teeny bit) and is eating senior dog food these days. But outside of anxiety, allergies and dirty teeth, he is otherwise super healthy and happy. Charlie has seriously been the very best dog to us — he is protective of his
family, very cuddly, has never eaten a shoe or piece of furniture in his
life and let’s Thomas roll on top of him and pull his tail without
complaint.

Lucky for me, Charlie came with my marriage to Matt when he was just five years young. Matt got Charlie as a puppy 11 years ago. After Hurricane Katrina hit New Orleans during Matt’s final year of law
school at Tulane, Charlie’s parents were rescued from St. Charles
Avenue. Soon thereafter, Charlie was born on Mardi Gras and he has been
partying ever since. 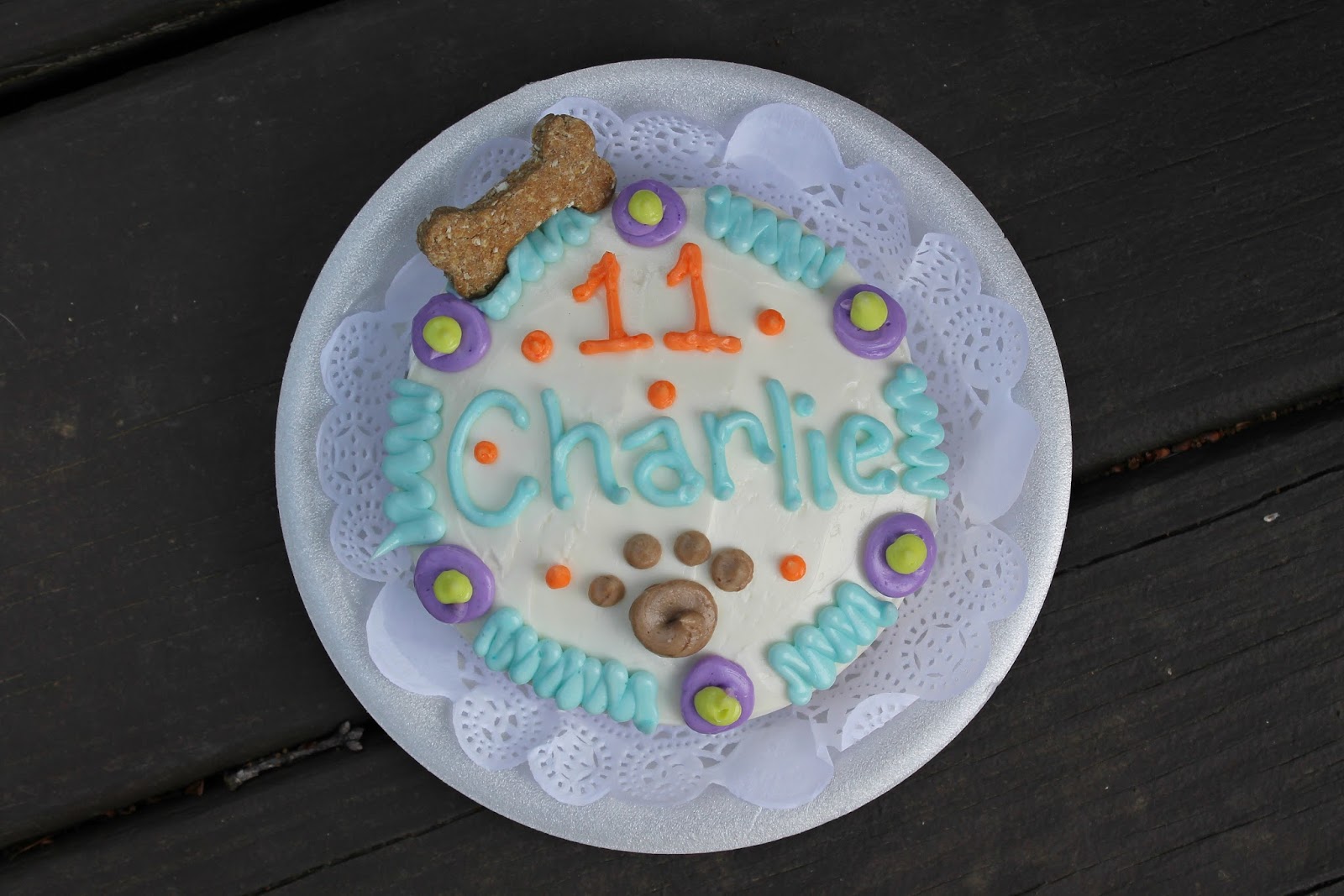 On Saturday we threw a little pawty for him. And by “pawty” I mean the kids sang happy birthday, gave him a cake, took him for a long walk and played outside all day! Gone are the days of throwing elaborate dog parties, but Charlie still had a terrific day and was utterly exhausted by the end of it. 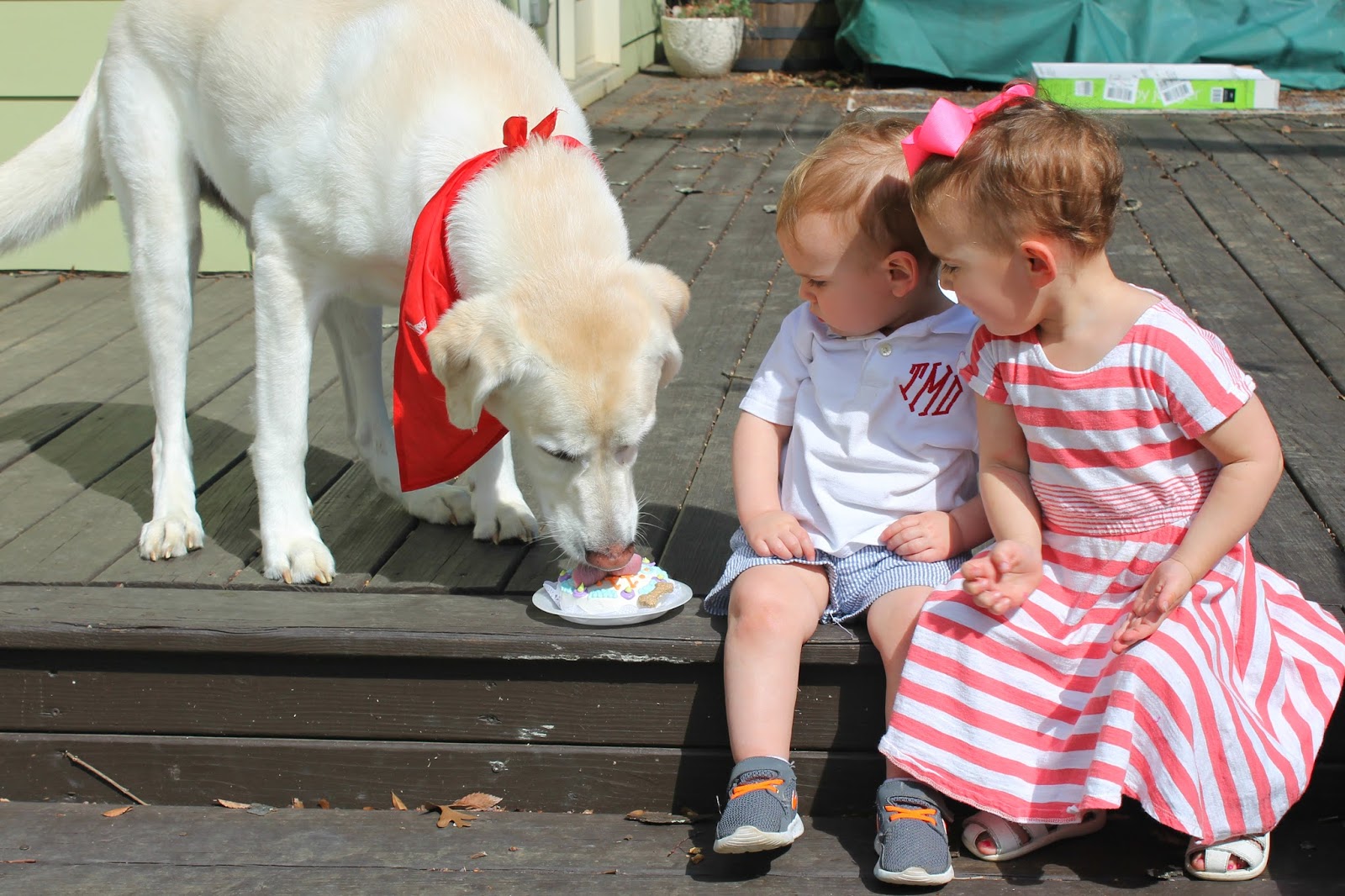 For the sixth year we surprised Charlie with his favorite peanut butter banana doggy cake from Canine Cafe . He ate the entire thing, including the doily, in two bites. 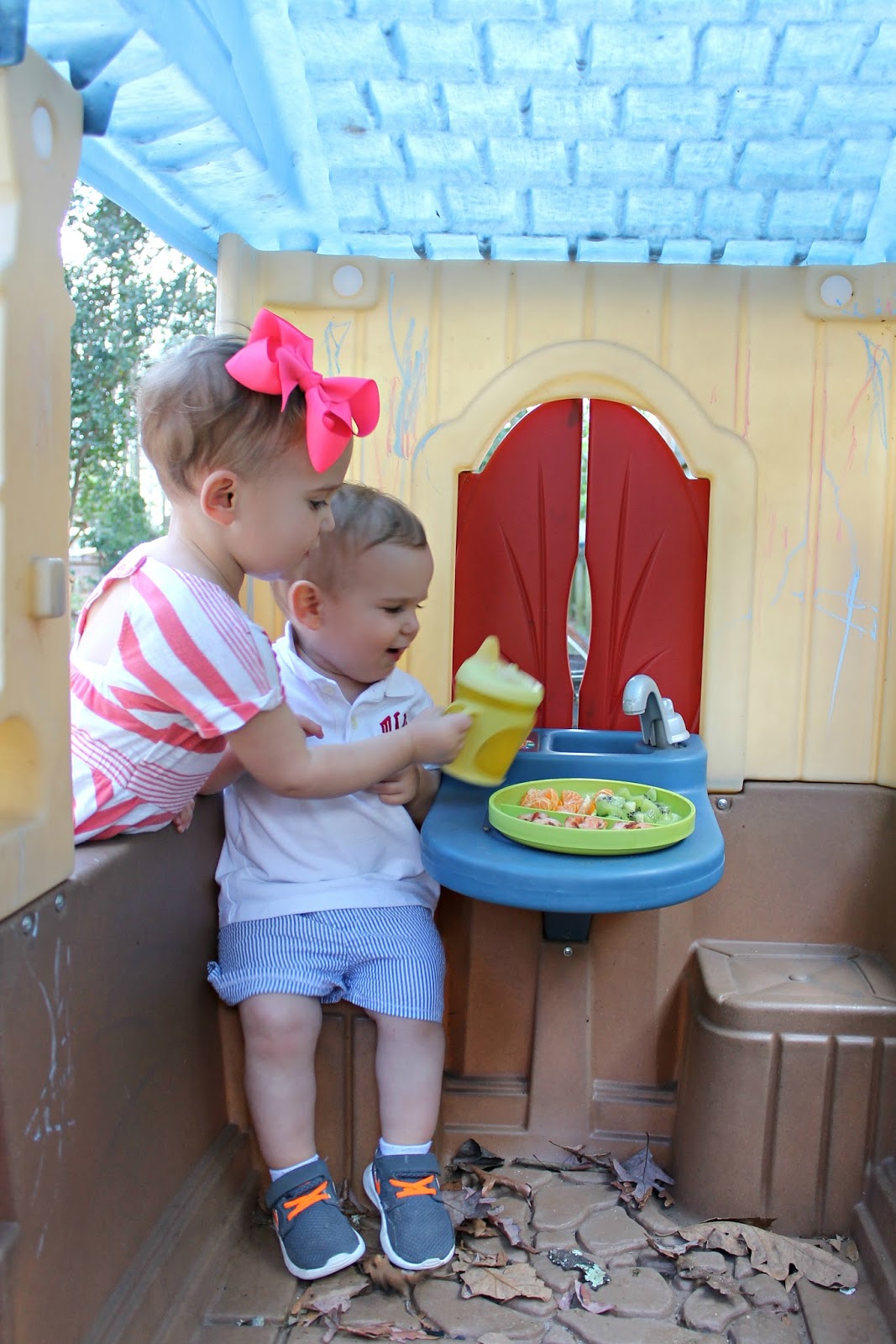 Afterwards, the kids ate lunch in their play house. Caroline happily played waitress and Thomas happily accepted the service…and then threw his plate on the ground after a few bites. Oh, toddlers (sigh). 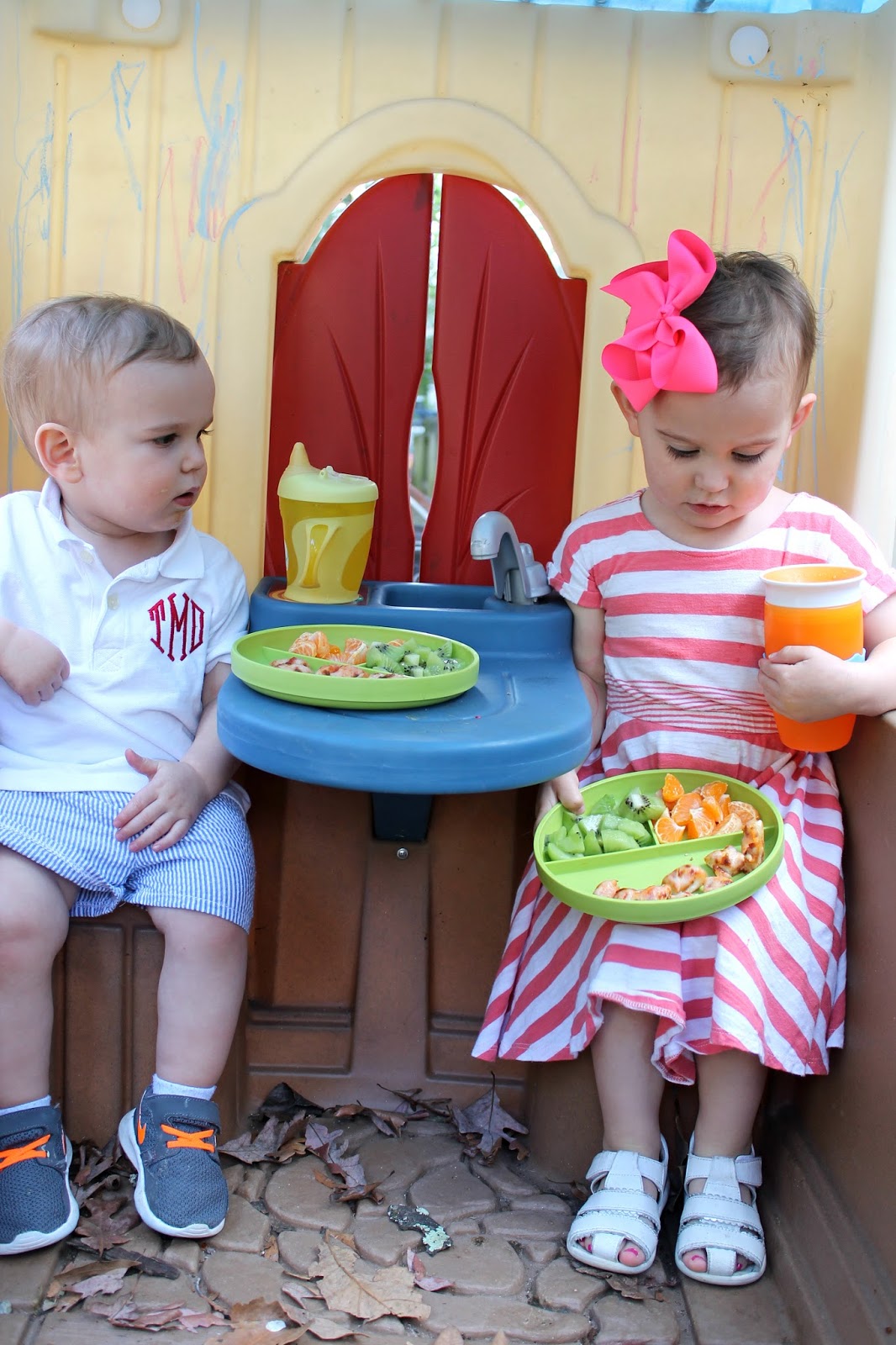 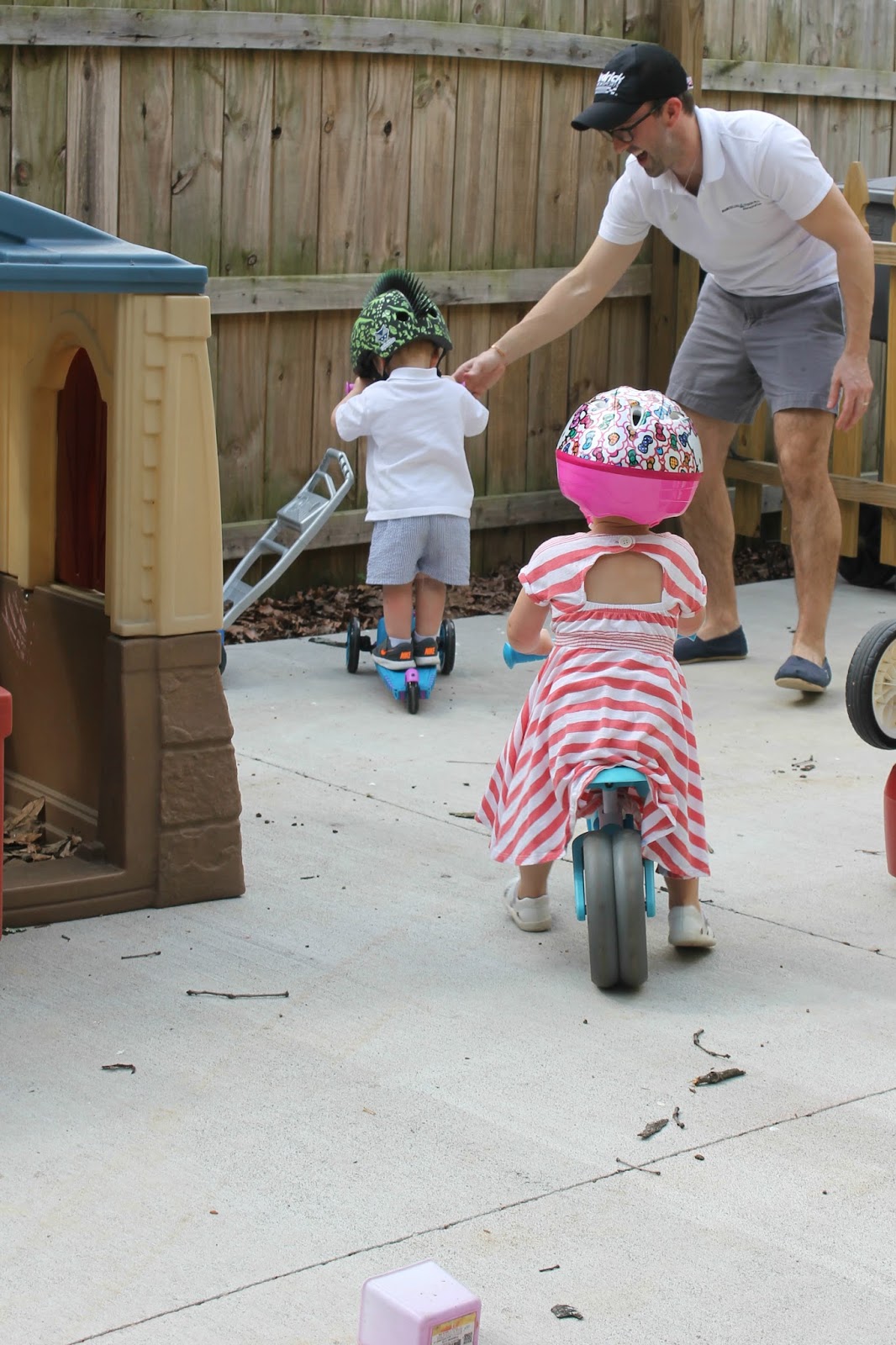 Matt also chased the kiddos around the patio making sure no one even thought about removing their helmet. 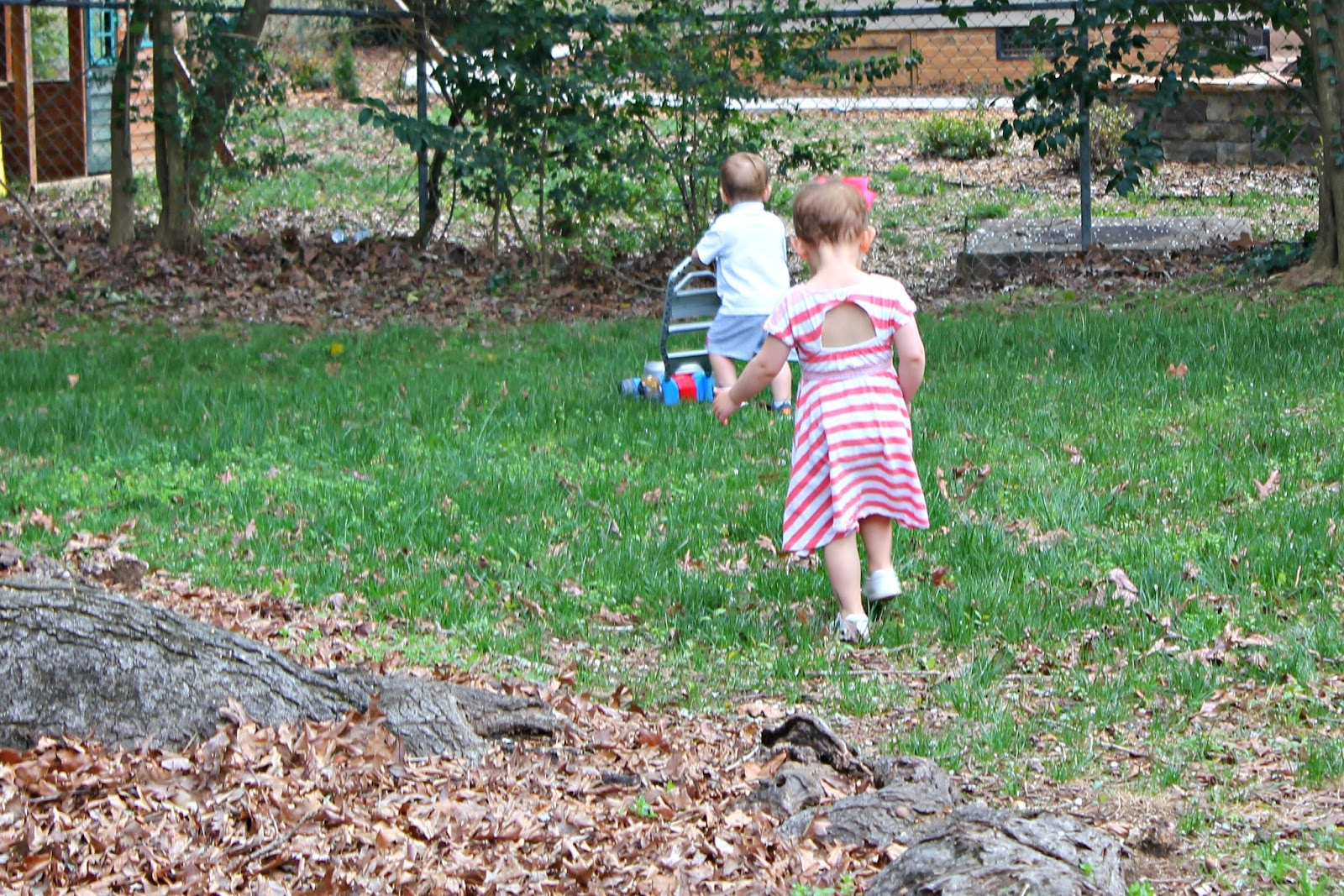 Then Thomas mowed the yard under Caroline’s supervision before both of them collapsed into bed for a THREE HOUR NAP! It’s amazing how many mimosas you can drink with your husband on the patio in three hours. After the kiddos woke up we took the party down the street to our friend’s house (sorry Charlie). 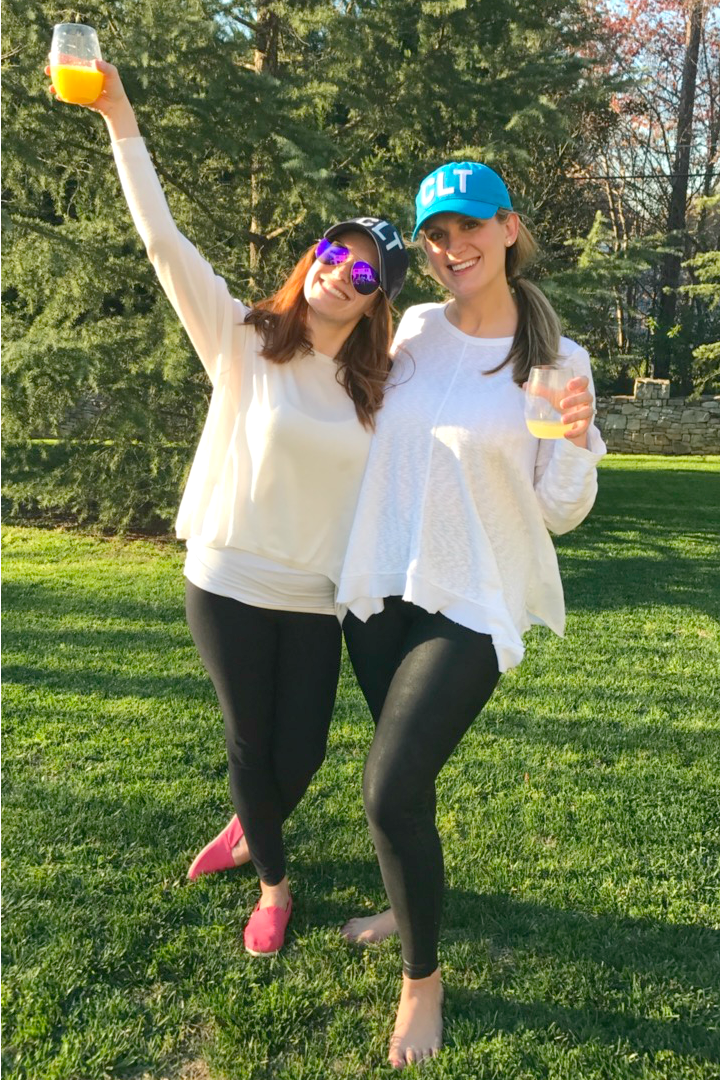 In typical fashion, I showed up wearing the exact same outfit as Lisa. 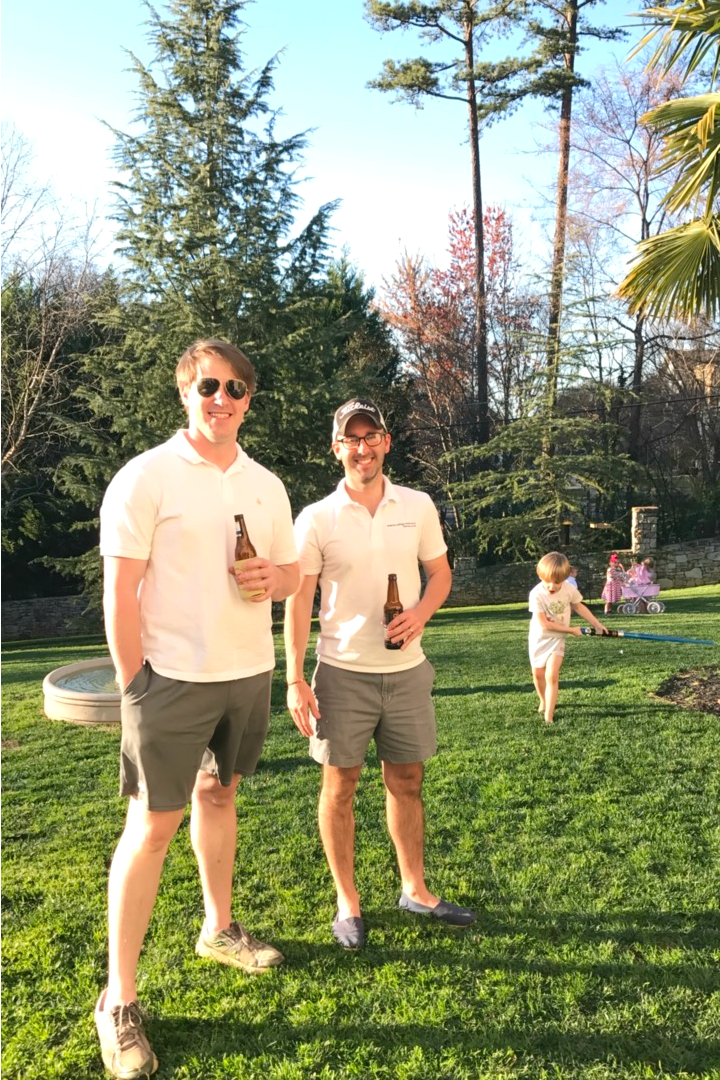 And Matt had on the same outfit as John. Even our little guys were wearing the same monogrammed seersucker shorts. Hilarious.

We spent the rest of the afternoon and late into the evening grilling out, drinking beers and mimosas and letting the kids exhaust themselves on the playground and running up and down the hill.

It was a great day!

Starting today, all food consumed in our house mus