Although everyone, including my doctor, is telling me I need to slow down these last few weeks, I just can’t stop baking. Sure, I can give up cooking dinner, packing lunch, running errands, doing house chores, etc. But baking? Oh no. It’s my happy place, my stress reliever and my weakness! Once I get a baking craving no one can stop me. In fact, one of my biggest fears post baby is that I won’t have time to bake as much as I want. Hopefully Caroline loves her swing because I plan on her hanging in the kitchen with me quite a bit once she arrives. Anyway, last Easter my Mini Egg Nest Brownies were such a hit that I decided to make them again this year! 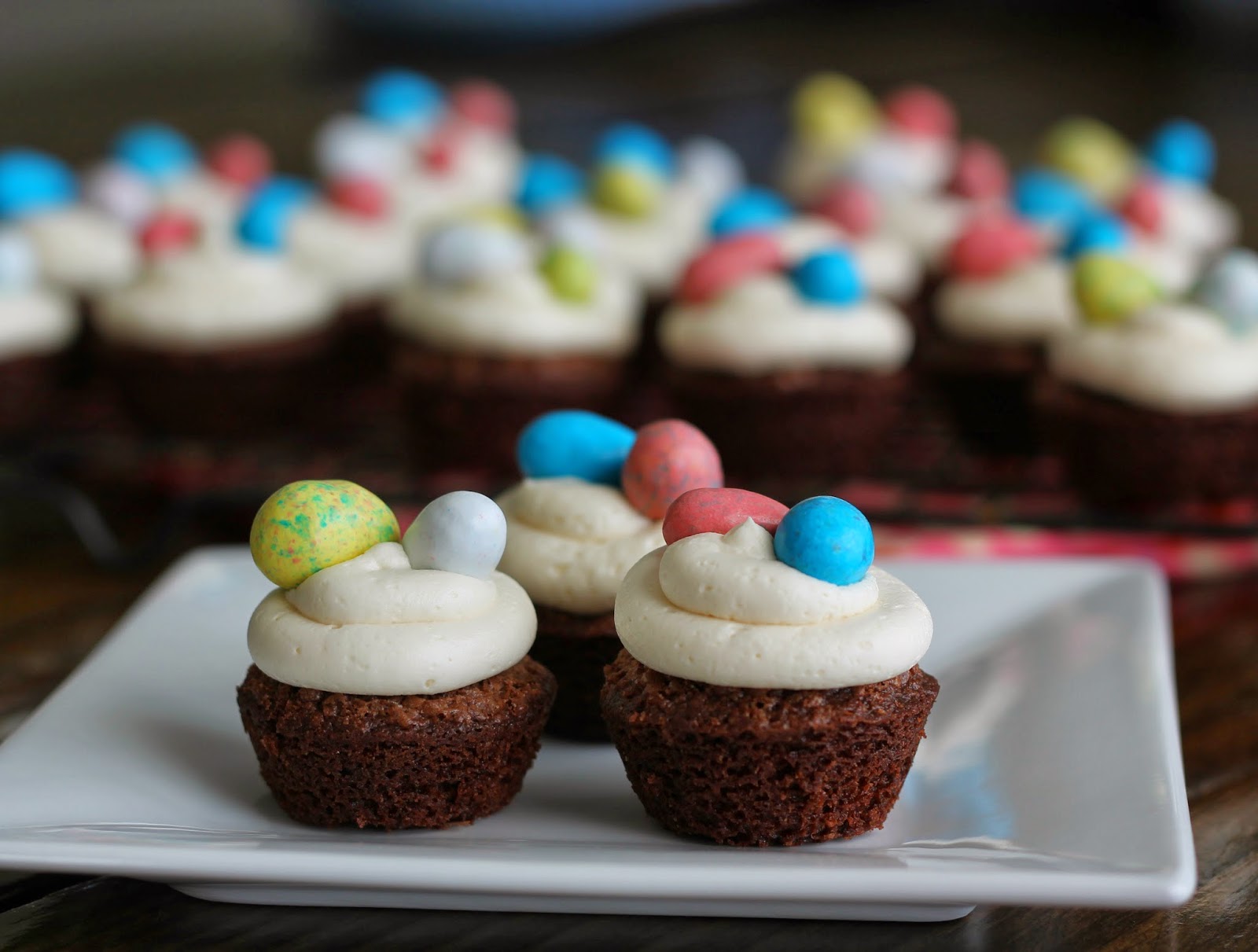 Brownies topped with frosting and candy? Not sure these could get any better. 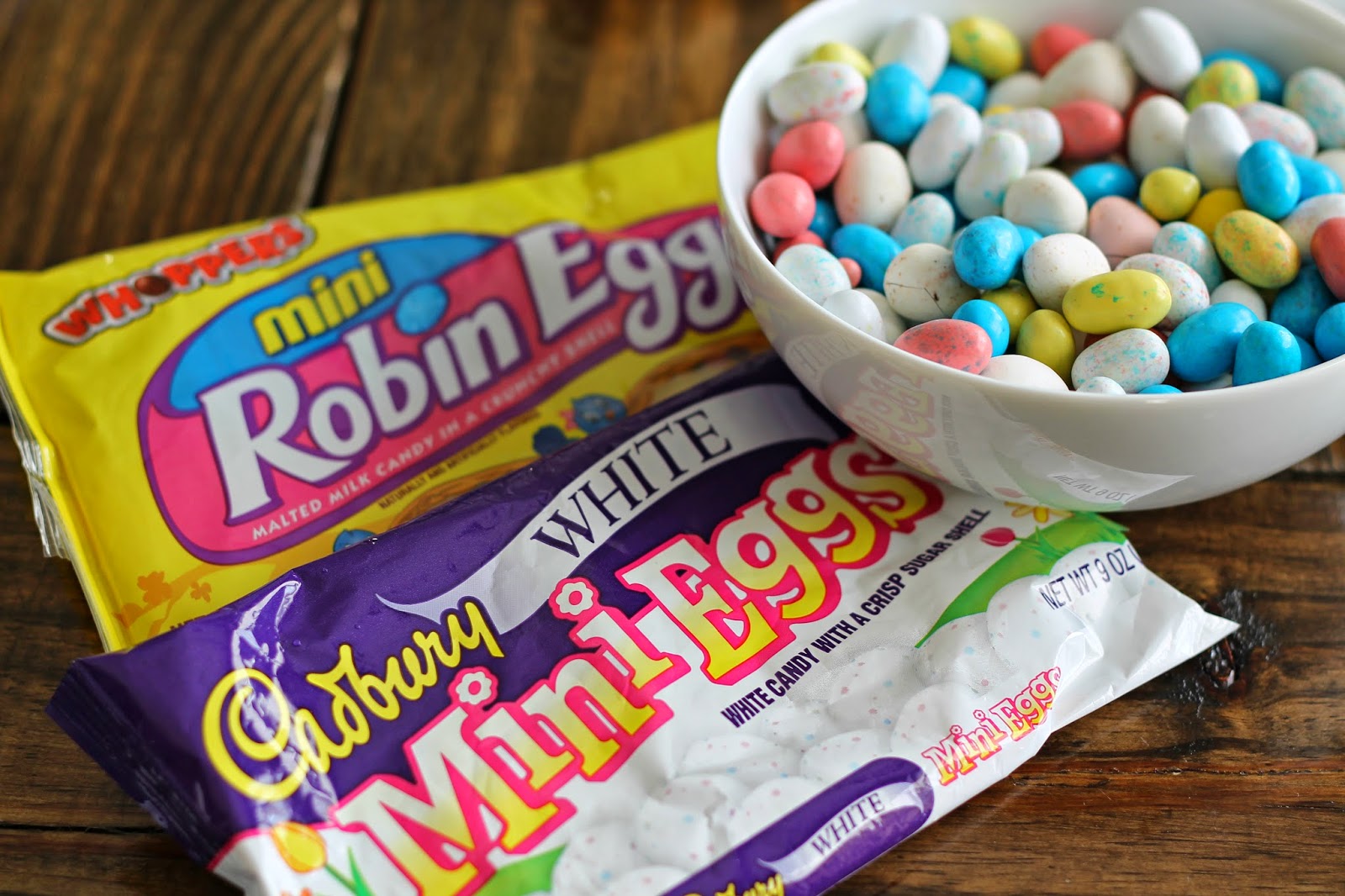 I used a variety of “eggs” this year to build my little nests. 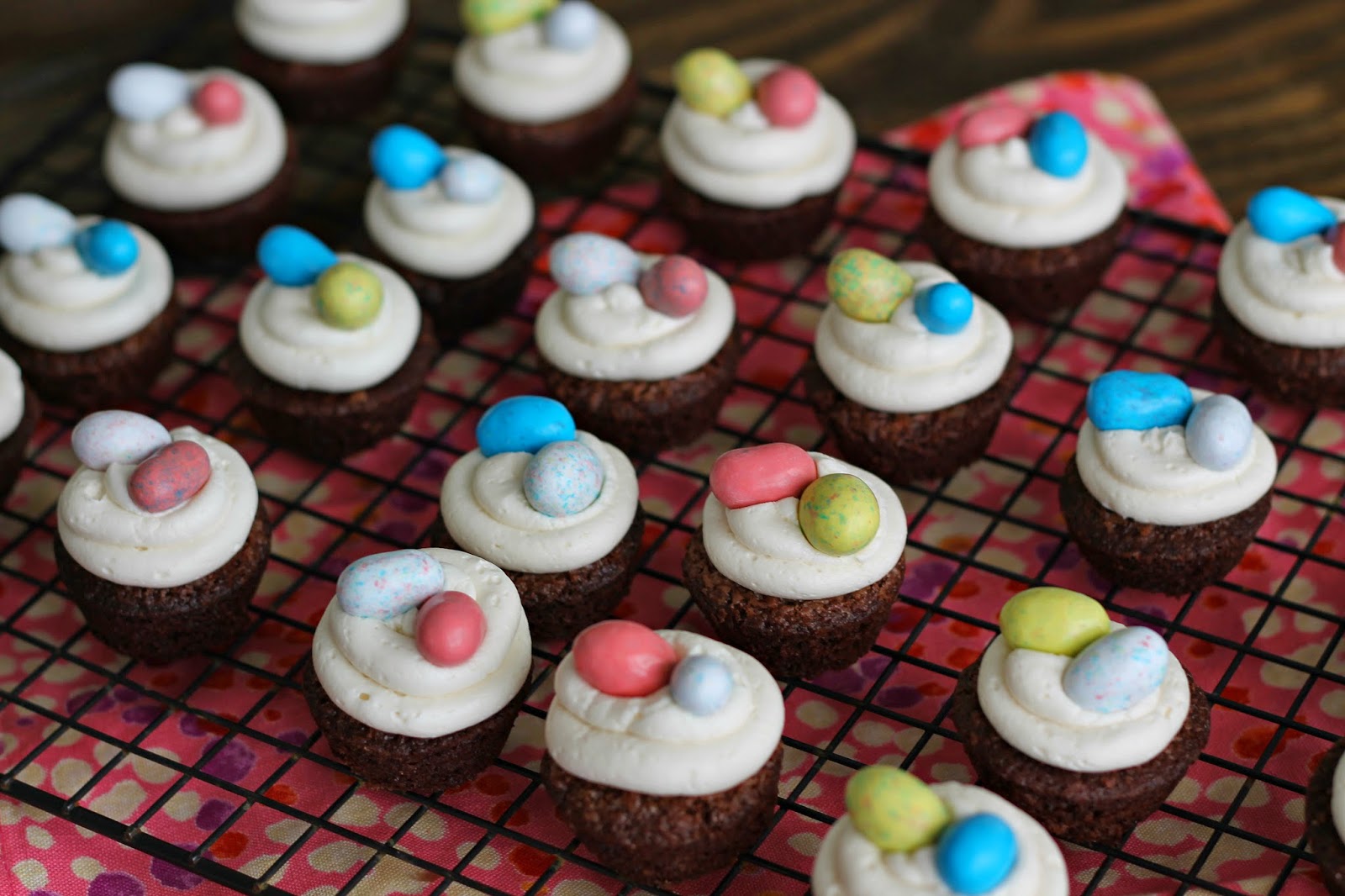 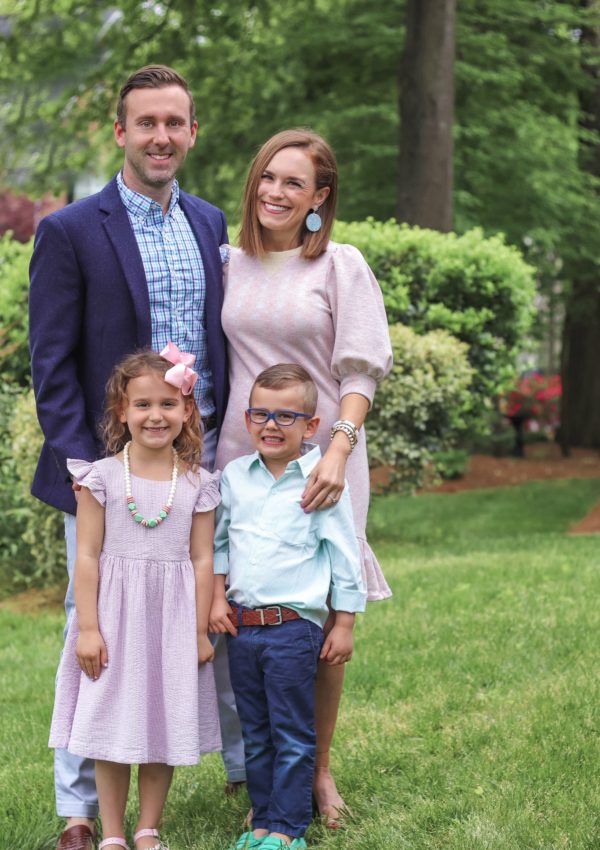