November 5th marked our 5th anniversary! To celebrate, Matt and I took Friday off of work and enjoyed a day date in the mountains. We are huge fans of weekday day dates because we don’t lose our precious weekend time with our kiddos and we don’t have to pay a sitter — a double win. So bright and early we dropped the minis off at daycare, grabbed some coffee and hit the road for Asheville! The drive is about two hours which we didn’t mind one bit since it’s a rarity to have uninterrupted time to talk. 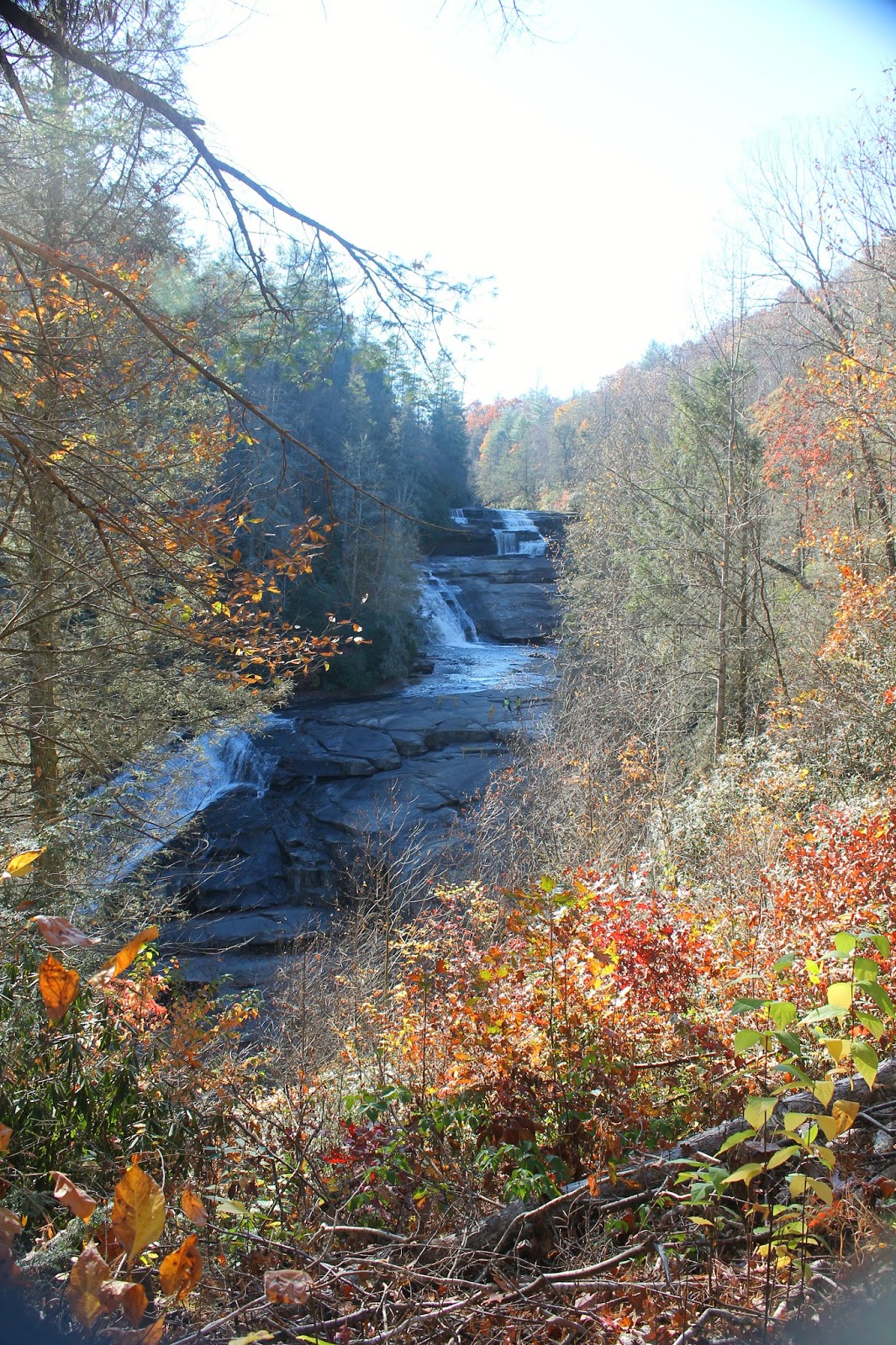 On our way to Asheville we took a slight detour for DuPont Forest to hike Triple Falls. I have hiked this trail numerous times but Matt had never been so I was excited to hike this beautiful trail with him. Also, the traditional anniversary gift for five years is wood, so we thought it was pretty appropriate to be hiking through the woods. 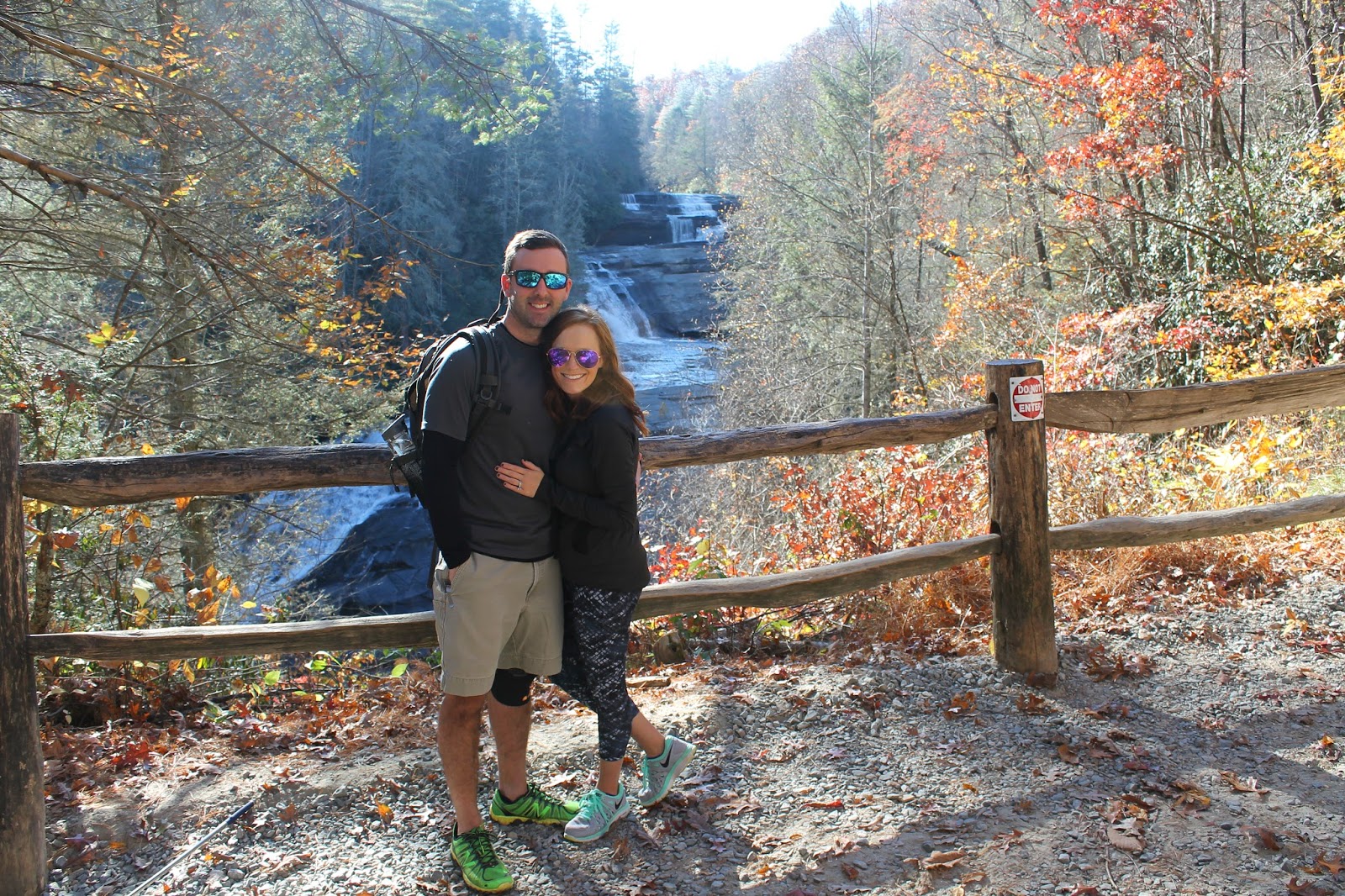 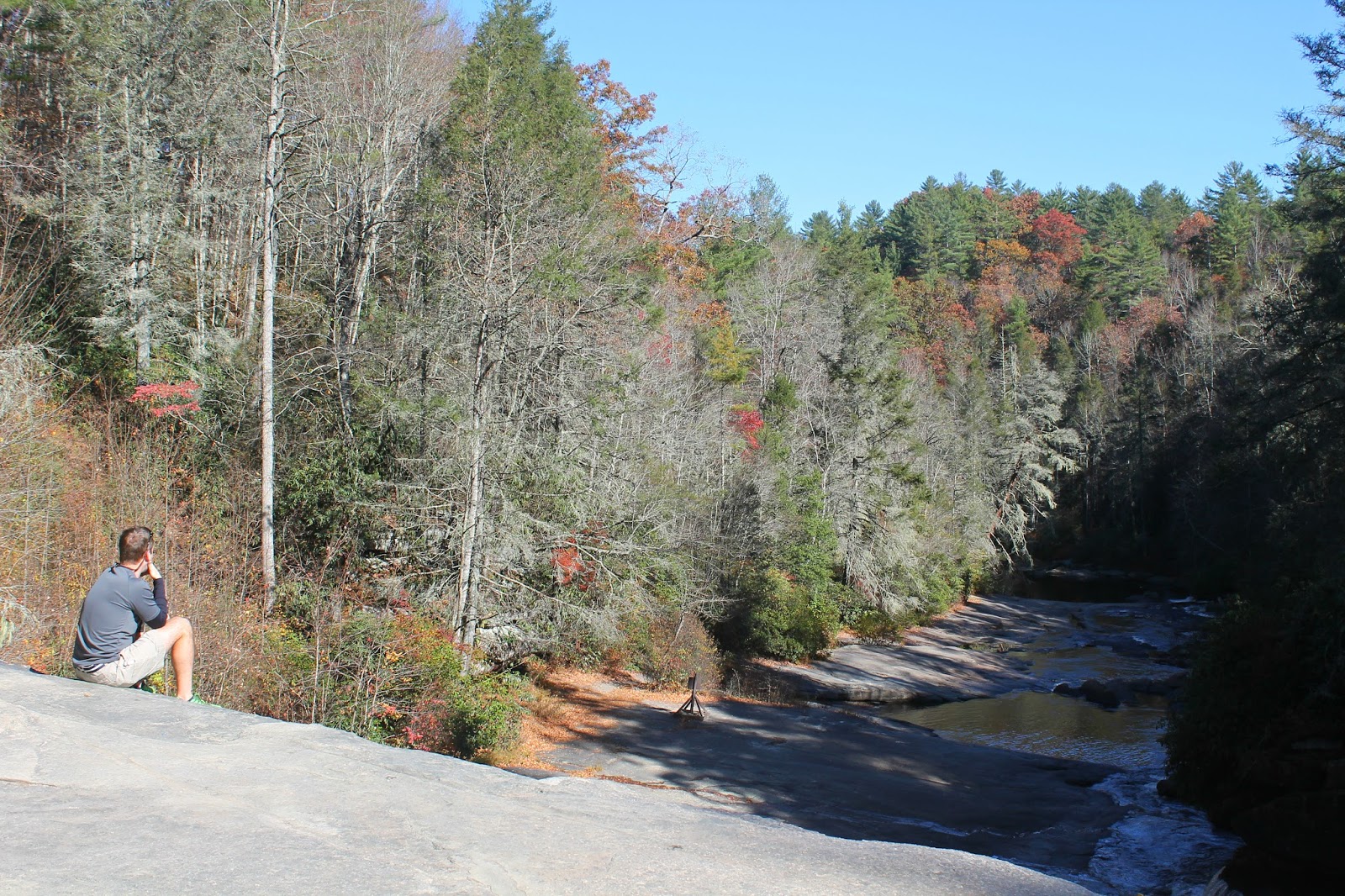 We sat on the edge of this cliff for the longest time. It was so nice to fully relax in our happy place! 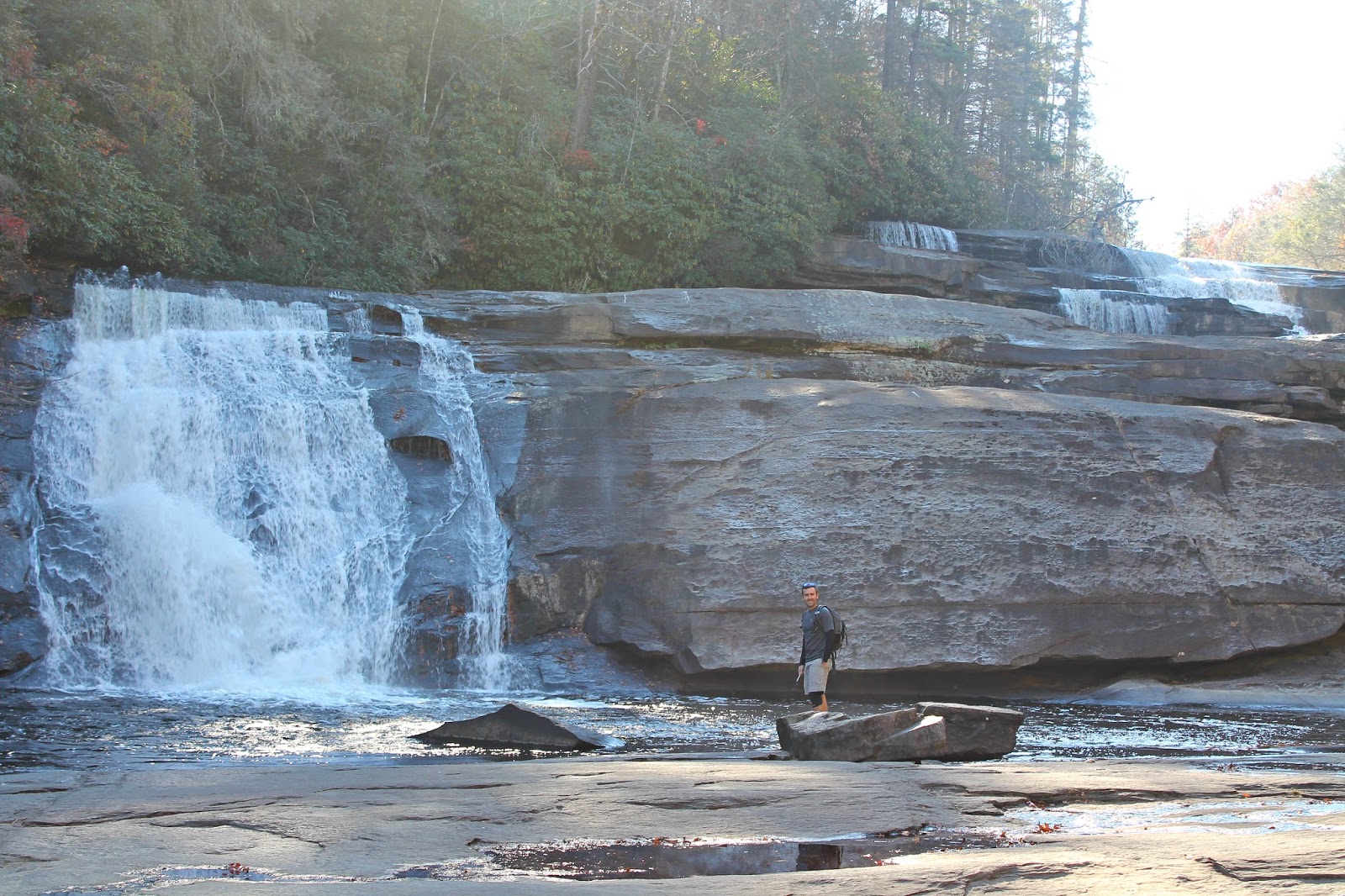 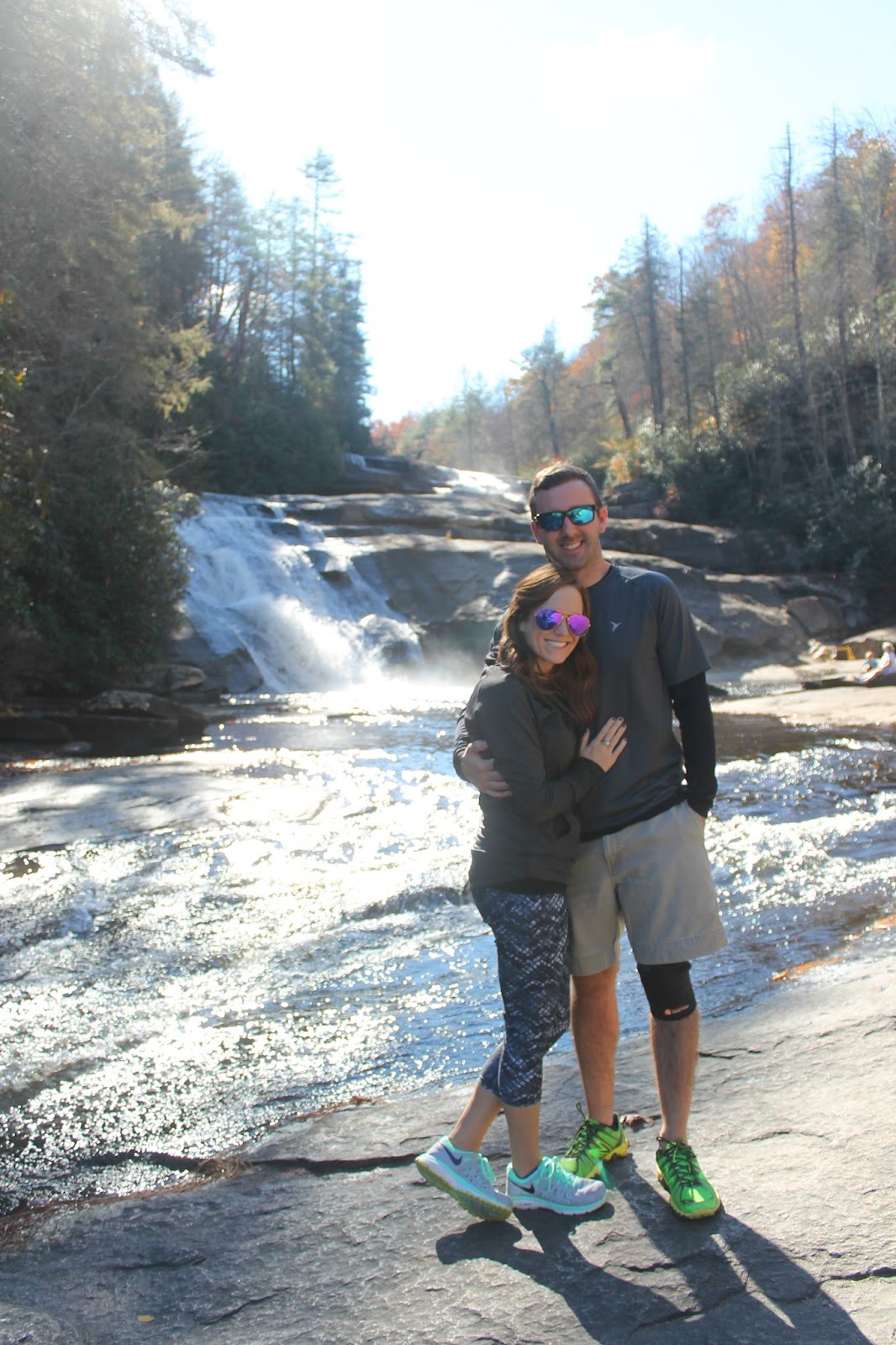 This is a super popular hike near Asheville so I was worried it would be crowded. However, we got to the falls early enough that we had it all to ourselves for awhile. And then, out of sheer luck, just as we were packing up to leave a photographer appeared and offered to take our picture…and then took the time to convert my camera to manual and adjust all the settings to capture one of my most favorite pictures of all time. 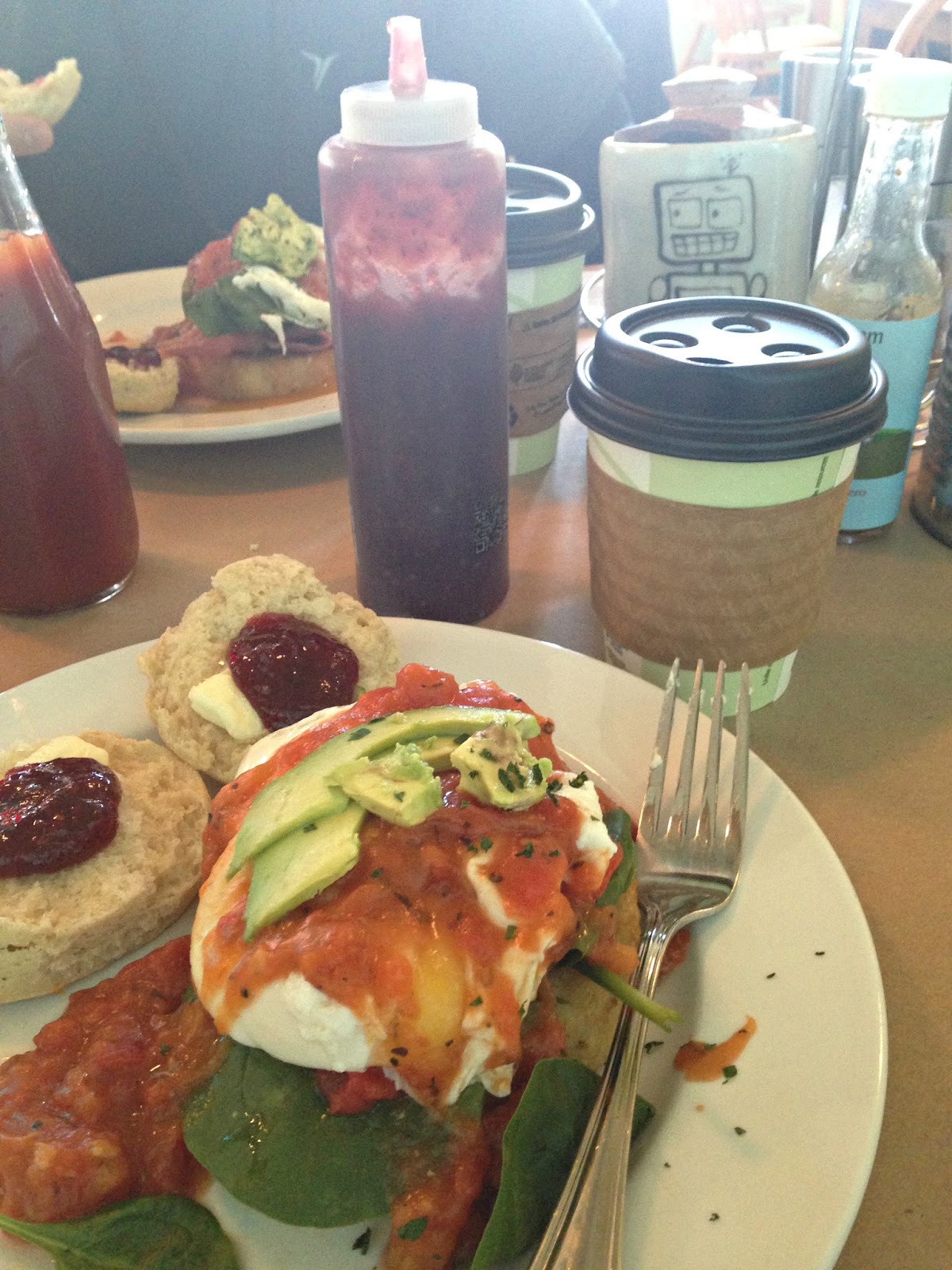 After our hike we continued to Asheville to eat lunch at my favorite place ever – Early Girl Eatery. If you’ve been following my blog for 5 minutes you know how obsessed with EGE I am so I won’t beat a dead horse. But it was amazing. As always. 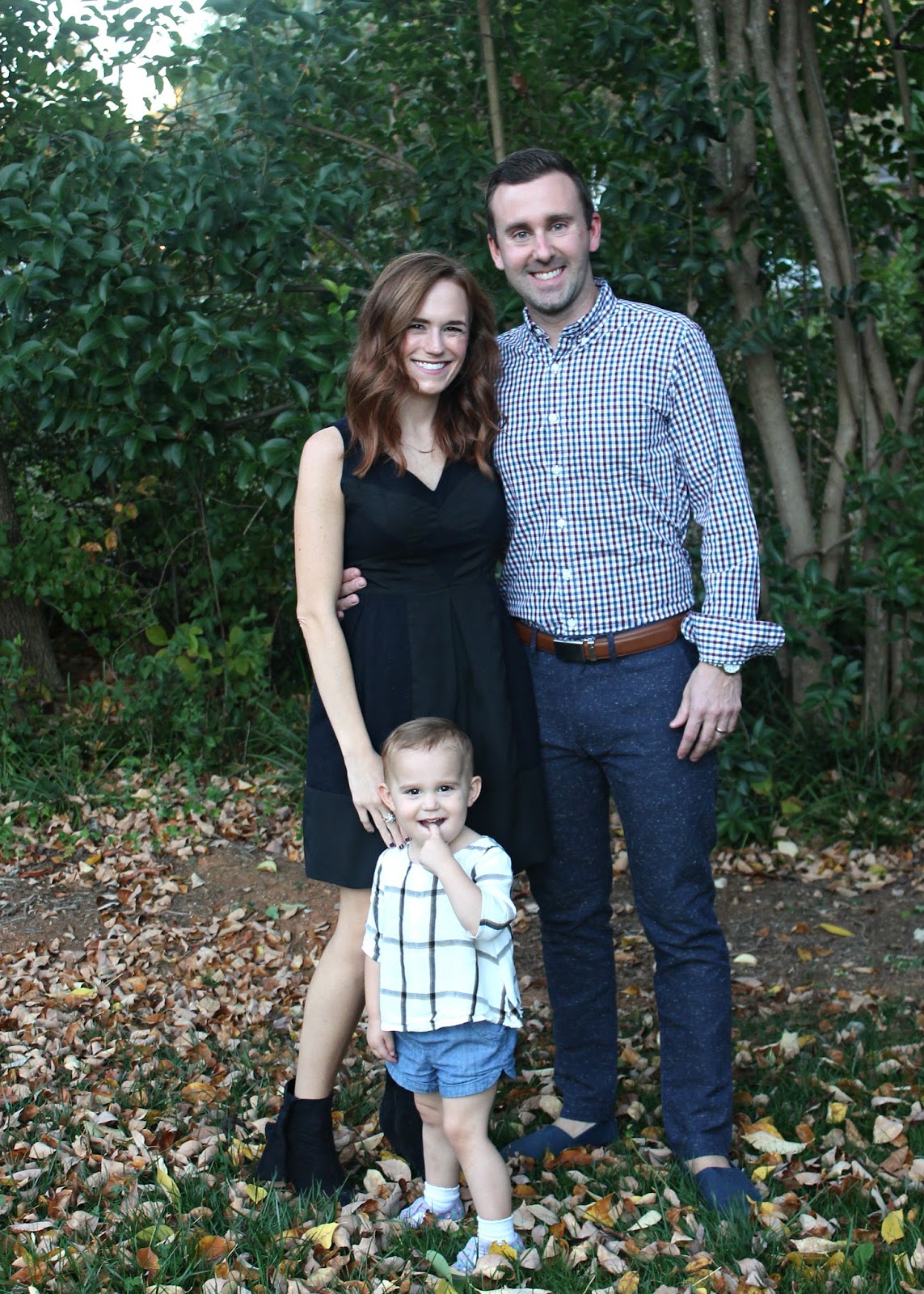 After lunch we made our way back to Charlotte with a little time to spare before picking up the kids so I took my time getting ready for our anniversary dinner. As we were running out the door for our date night we asked Ms. Jamie to take a picture of us. And Caroline was adamant about joining. Thomas declined participation as he was too busy devouring cheese pizza. 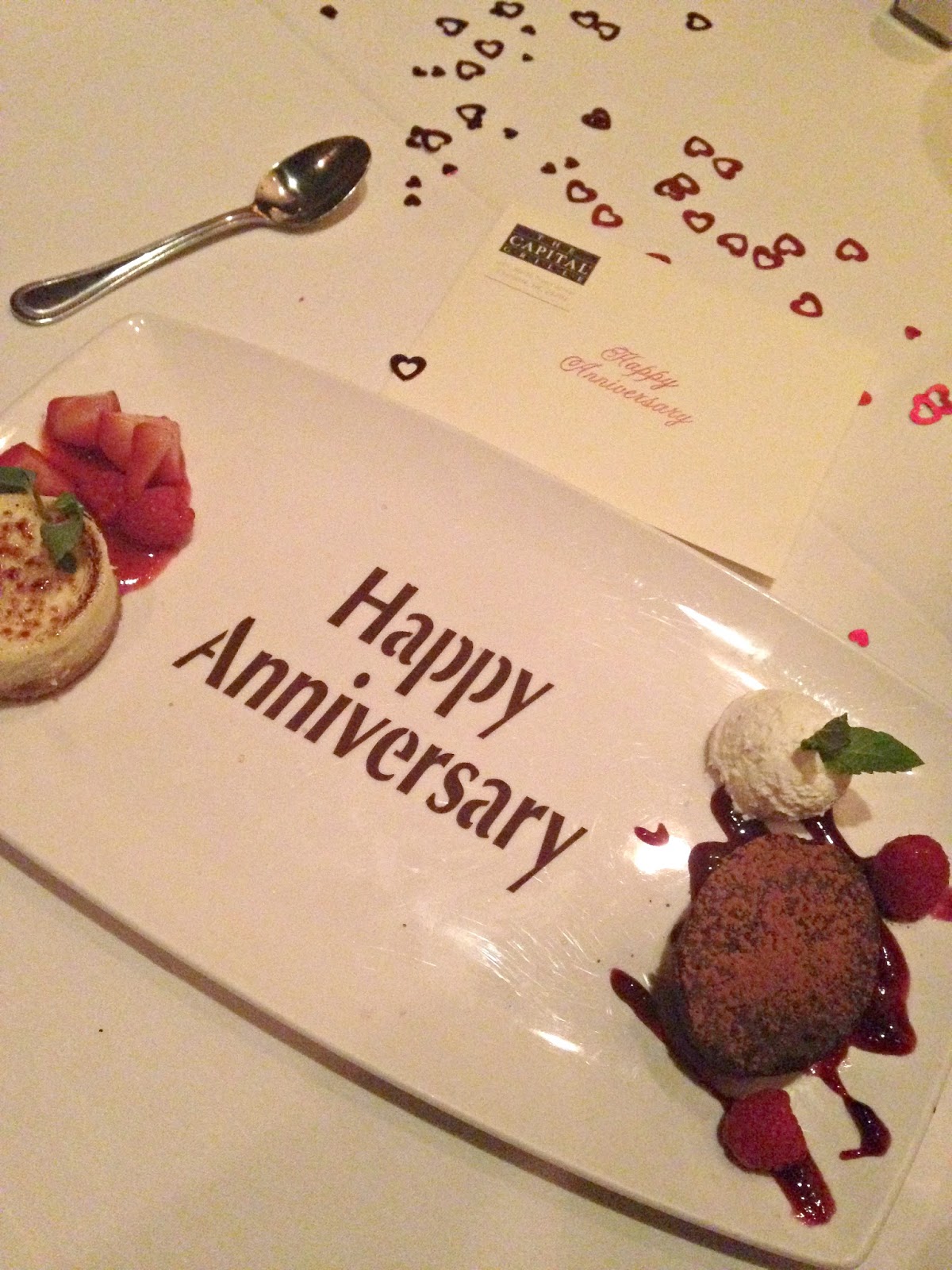 Matt’s parents surprised us with the most thoughtful anniversary present — a gift card to Capital Grille. We enjoyed the most delicious steak dinner in the very spot we had our rehearsal dinner exactly 5 years earlier. It could not have been more perfect. 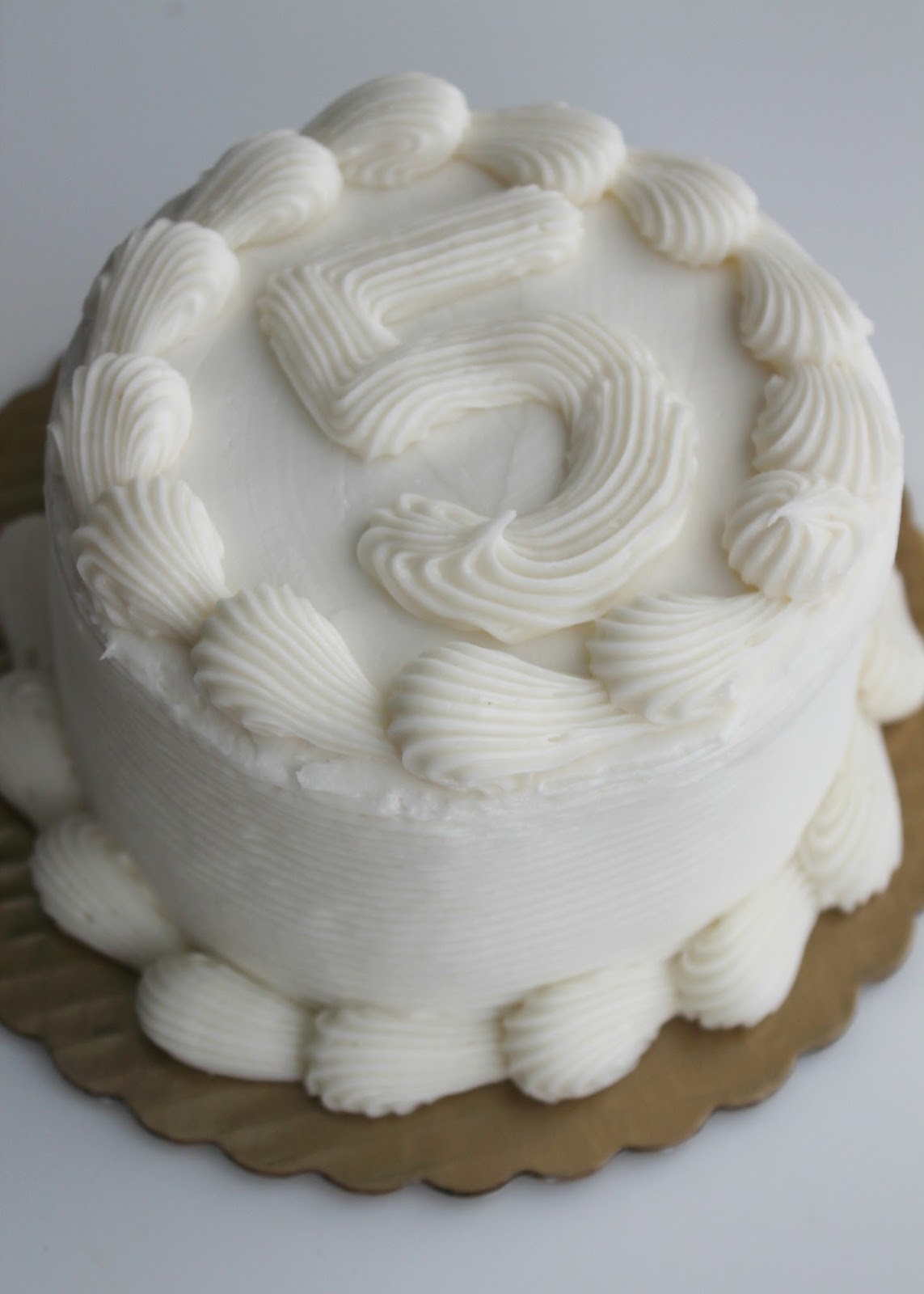 On Saturday, our actual anniversary, we ran our usual errands, attended a birthday party, did some yard work, laundry, etc. However, once the minis went down for naps we popped champagne and cut our cake — our annual tradition. Oh, and Matt presented me with not one but two gifts, which was against the no-gift agreement. He surprised me with a beautiful bracelet and earrings. And all I gave him was a letter. 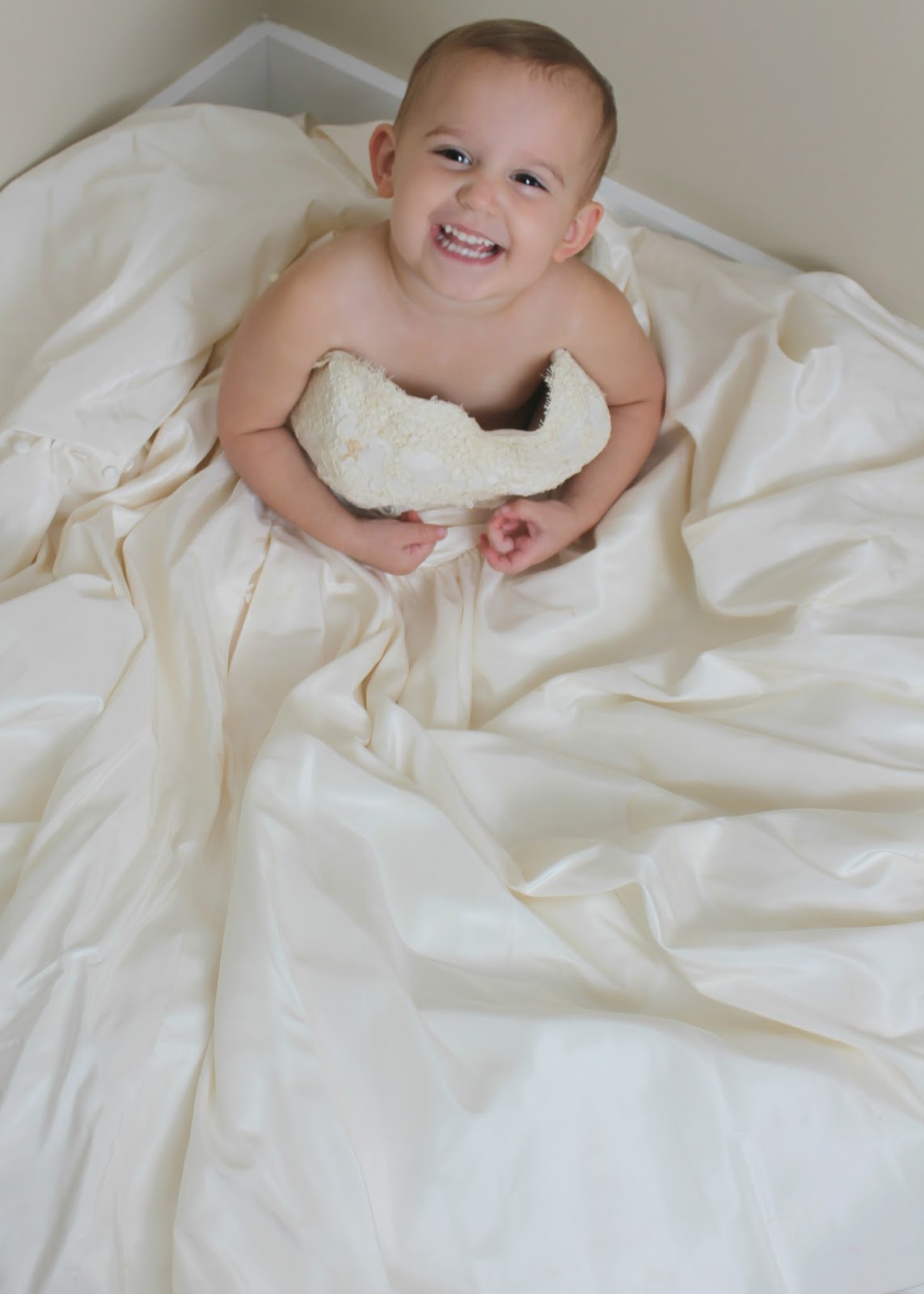 Later, as we were putting our Halloween decorations up in the attic Matt grabbed my dusty wedding dress bag. I was nervous to open it in fear that spiders or something worse would come jumping out. I carefully unzipped the bag to find my dress, exactly as I had left it at midnight on November 5, 2011 — covered in stains, dirt and even ripped in places (I guess our wedding was more wild than I remember). Oh and it was 800 shades more yellow than I remembered be but I still let Caroline play in it. And then I felt guilty that she loved it so much and I had done nothing to preserve it soooooo we promptly dropped it off at the dry cleaners for preservation…five years later. 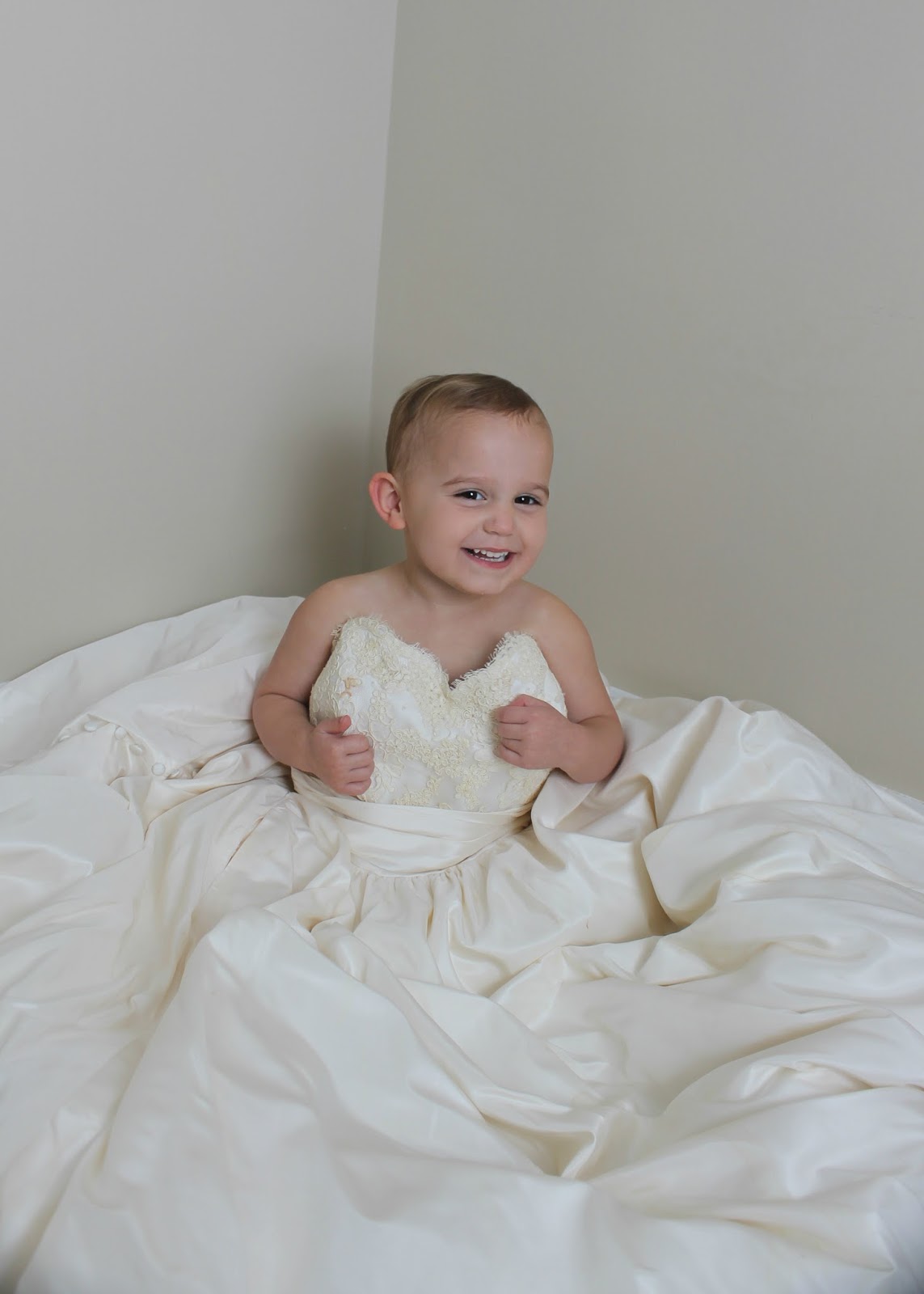 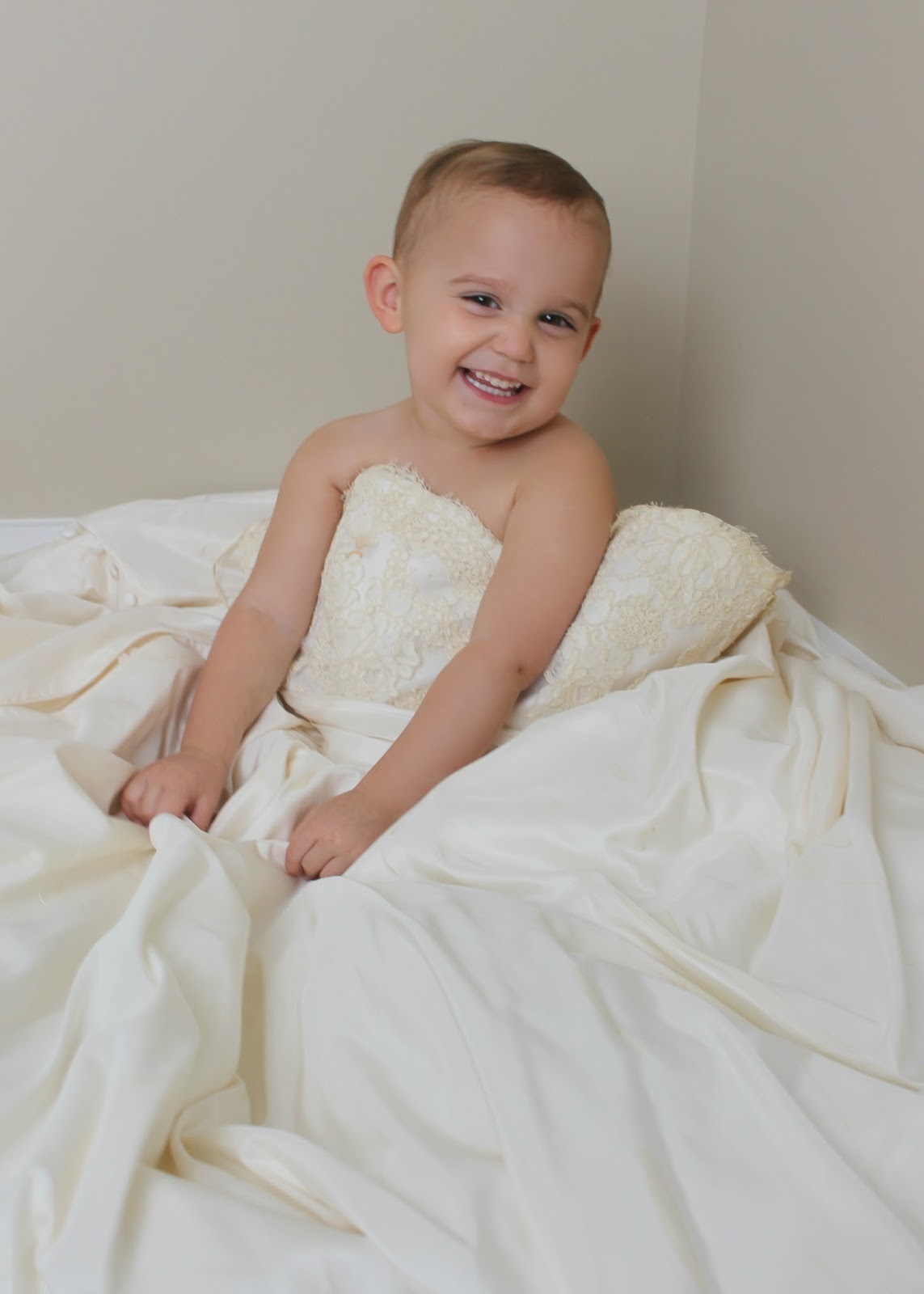 Does this girl know how to work the camera or what? She kills me. 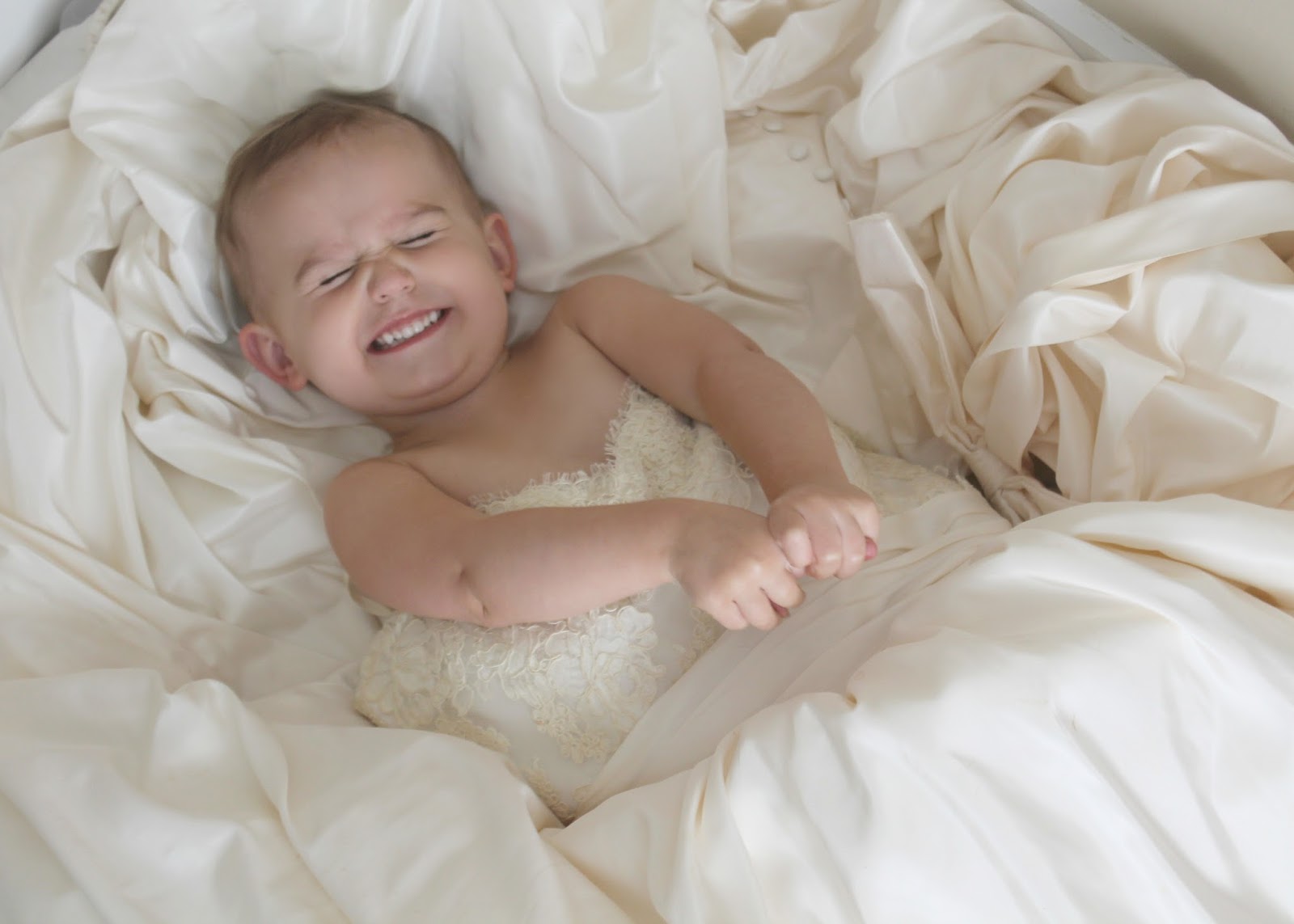 And that’s a wrap on our fifth anniversary celebrations! 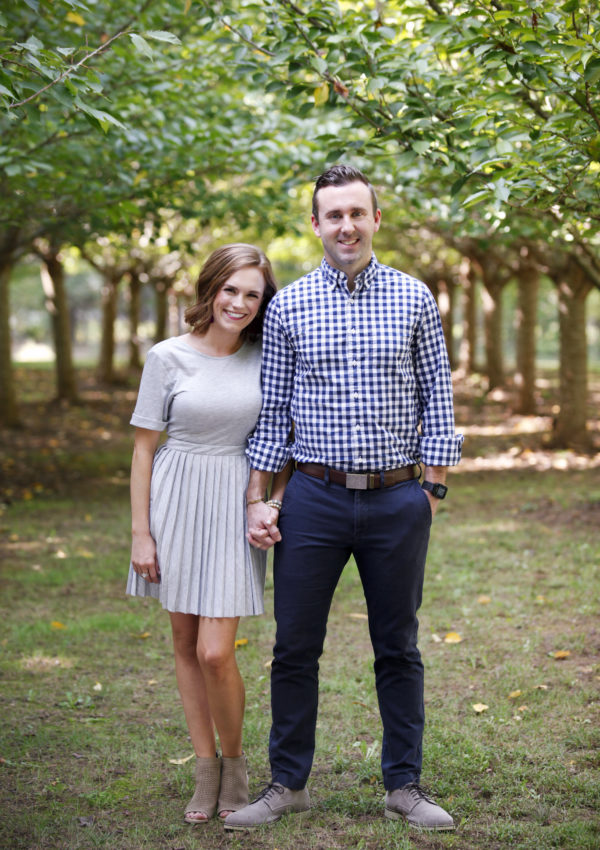