It’s officially soup season! And I’m going to make you a deal…

I’ll round up our 12 favorite soups…and in return I’m asking YOU to share YOUR favorite soup recipe in the comments! And bonus points if it’s dairy-free or vegetarian…because finding vegan soups for Matt (or soups that I can add dairy/meat to after I pour him a separate bowl) is not going to be an easy feat this season!

And before we get down to it…let me give you a pro tip: double, no wait, triple these recipes and stock your freezer for the season! Or, find two friends and host a soup swap between the three of you. Each friend makes a triple batch of their favorite soup and gives one batch of soup to each friend. And in return she gets two new soups!

Now who wants to go in on a soup swap with me?!

Starting with Matt’s all time favorite soup I make!! We’ve had a few close contenders over the years but this one still wins as the best! And our kids love it too which truly makes it a real winner since it contains an entire bag of spinach. A crowd favorite, I’ve made this soup for Community Group and Supper Club dinners!

So THIS one is MY favorite soup!! This is hands down one of the very best soups I have ever made. Matt requests this soup often and gives it a “15” on a scale of 1 to 10. You better believe our freezer is FULL of this stuff. Just make it. I promise it will not disappoint!

The recipe that made me prefer lasagna is soup form!! You definitely need to make this one at some point this season! Trust me!

The soup is actually an Olive Garden copycat recipe and it’s so good I’ve served it for Supper Club dinner in years past. So good. I mean so, so, SO good.

The perfect soup to surprise a friend, neighbor, or anyone with!

One of my lovely readers (thanks Ashley!) highly recommended this tomato soup recipe and I thought it looked incredible — because bacon!!! But I was torn because we already love this tomato soup recipe too! So I ended up combining some of the ingredients from both recipes together and came up with…the best tomato basil soup…with BACON!

Probably the soup we make the most all season. This classic is just SO good and SO easy. Who doesn’t love tacos…in soup form?! And there’s a secret ingredient in this soup that makes it trump any other taco soup recipe out there…

Grab a piece of paper and a pen — you’re going to need to make a quick grocery list! I love making a large batch of White Bean Chicken Chili for the freezer. You can make it on the stove top or in your slow cooker too!

This one is soooooooooo easy it will blow your mind. It’s hearty, flavorful and the whole family gave it two thumbs up. This soup would also make for the perfect meal to deliver to someone in need as they could enjoy it right away or freeze it for later.

With Whole30 Light in January, we really have to tweak our Soup Sundays by getting a little creative with Whole30 compliant ingredients. Mostly, I miss cheese. However, this Stuffed Pepper Soup was so insanely good that I never even noticed my favorite soup ingredient missing. This Whole30 (and Paleo) friendly soup is stuffed with goodness — bell peppers, cauliflower rice, ground beef and more. It’s hearty and definitely hits the spot. Also, both kids ate it, although Caroline picked out every single tomato and bell pepper first, per usual…

Saved the ONE vegan soup we’ve discovered and loved for last! And we loved this before Matt even went vegan.

At the beginning of this year I polled y’all for soup recommendations and I cannot tell you how many readers recommended this soup to me. To be honest, (at the time) I thought “ehhh, not sure a vegan recipe is at the top of my to-make list” but gave it a shot based on the glowing recommendations. Holy moly y’all, YOU NEED TO MAKE THIS RECIPE. Apparently it went viral a few years ago and now I know why! Don’t let vegan scare you, this soup was a huge hit for my entire family (although my kids left the kale in their bowls)! I’ve included the New York Times recipe by Alison Roman below.

You can find all of our FAVORITE SOUP RECIPES HERE.

Now it’s your turn…share your favorite soup recipe with me (and everyone else) in the comments below! 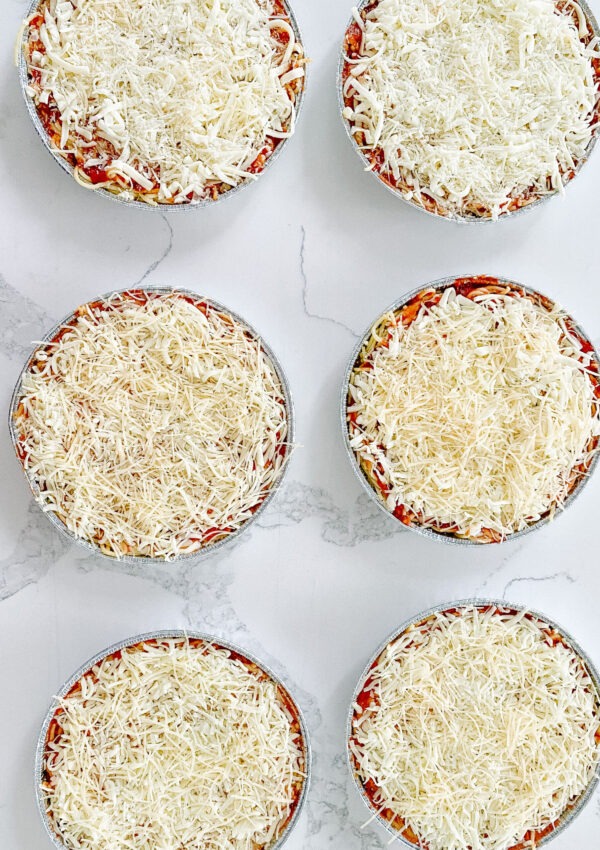 Baked Spaghetti (Easy Freezer Meal to Bring to Others) 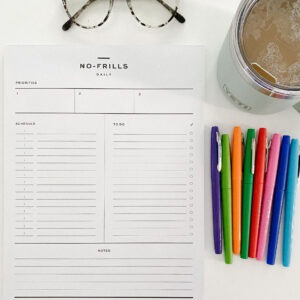 Good morning. ☕️ I’ve got a super simple a