Our favorite month yet with Tom Tom, Tommy, Bubs, Bubby, Baaaaayyyybeeeeee! Thomas is doing so incredibly great. He is the happiest, smiliest baby and definitely my favorite. Kidding! Kidding! Kidding! I love them both equally! But for real, this babe is unbelievably amazing. Through everything he’s been through his first few months of life he is such a champ and keeps on shining and thriving. I am so inspired by this little 14 pounds of greatness. 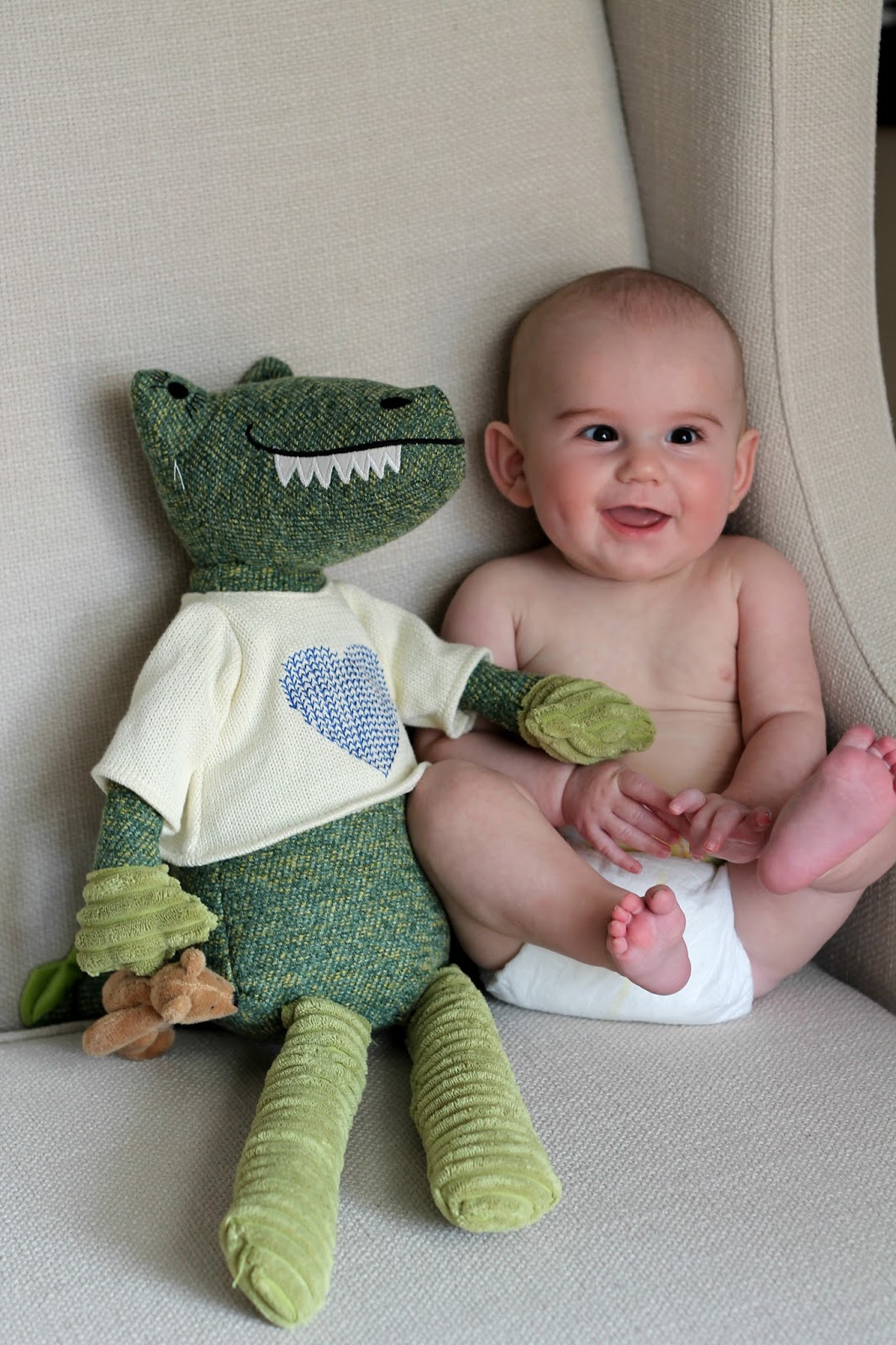 Eye Health. We lost our first contact a few days ago which is frustrating because it takes us a few weeks to get a replacement made (from scratch) but we think we’ve found a good fit for now and have graduated from weekly eye doctor visits to every few months (unless we need to be seen sooner)!!!!!!!! No more three hour weekly Friday morning visits. We were also informed at our last appointment that since we’ve found a good contact fit and prescription for now we can soon begin ordering our contacts in larger sets which is much more affordable than the weekly sets we’ve been paying for. And since our insurance company has no interest in further discussing any sort of coverage for Thomas’ condition we were super relieved to know discounted contacts are finally in discussion.

Our doctor also told us Thomas has pseudostrabismus which is a common eye misalignment and often gives a cross eye appearance. Basically his nasal bridge is broader and flatter than normal so there is less space (white area) between the iris and the inner corner of the eye lid. Doctor says he should outgrow it though and is not worried. 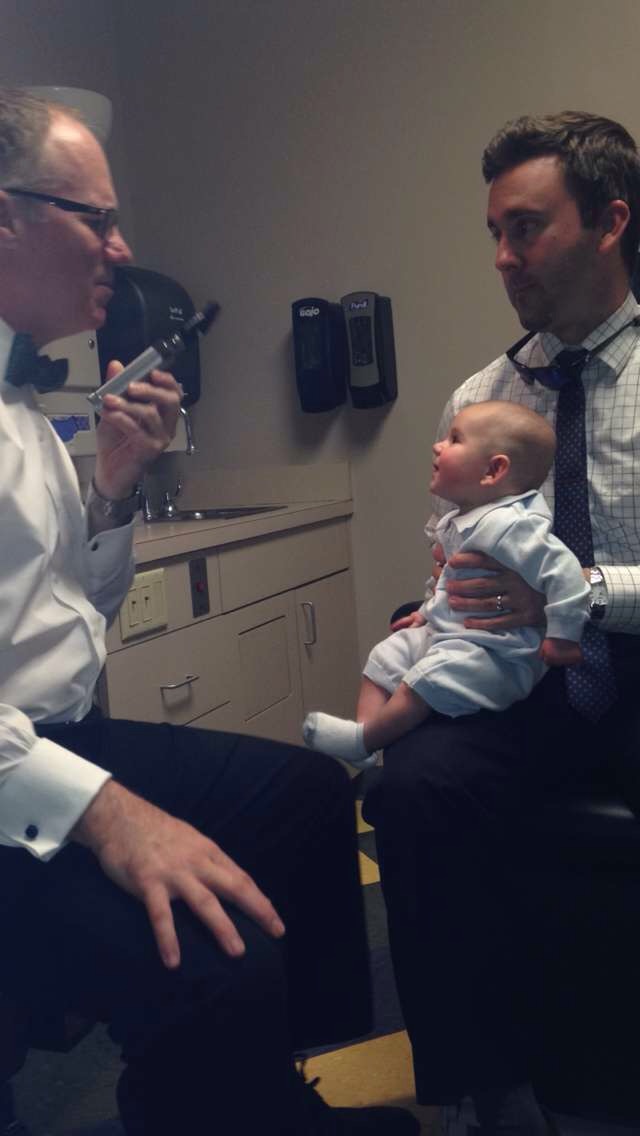 Baby Jesus. Thomas was asked to play baby Jesus in our church’s live nativity on Christmas Eve. We were pretty excited and honored because our church is huge
(5,000+ members) and there are lots of baby Jesus candidates, but we’ve had so much support from the pastors and
elders there between all of our prayer requests that they’ve gotten to know us pretty
well. Sadly we had to decline since we’ll be out of town on
Christmas Eve but we still thought it was awesome he was asked!

Then, a few weeks later we received a call from Thomas and Caroline’s school. I suspected ear infection, fever, ya know, the usual weekly call. To our surprise it was the director calling to tell us that Thomas had been selected to play baby Jesus in the church play! He was hilarious on stage and smiled over and over. 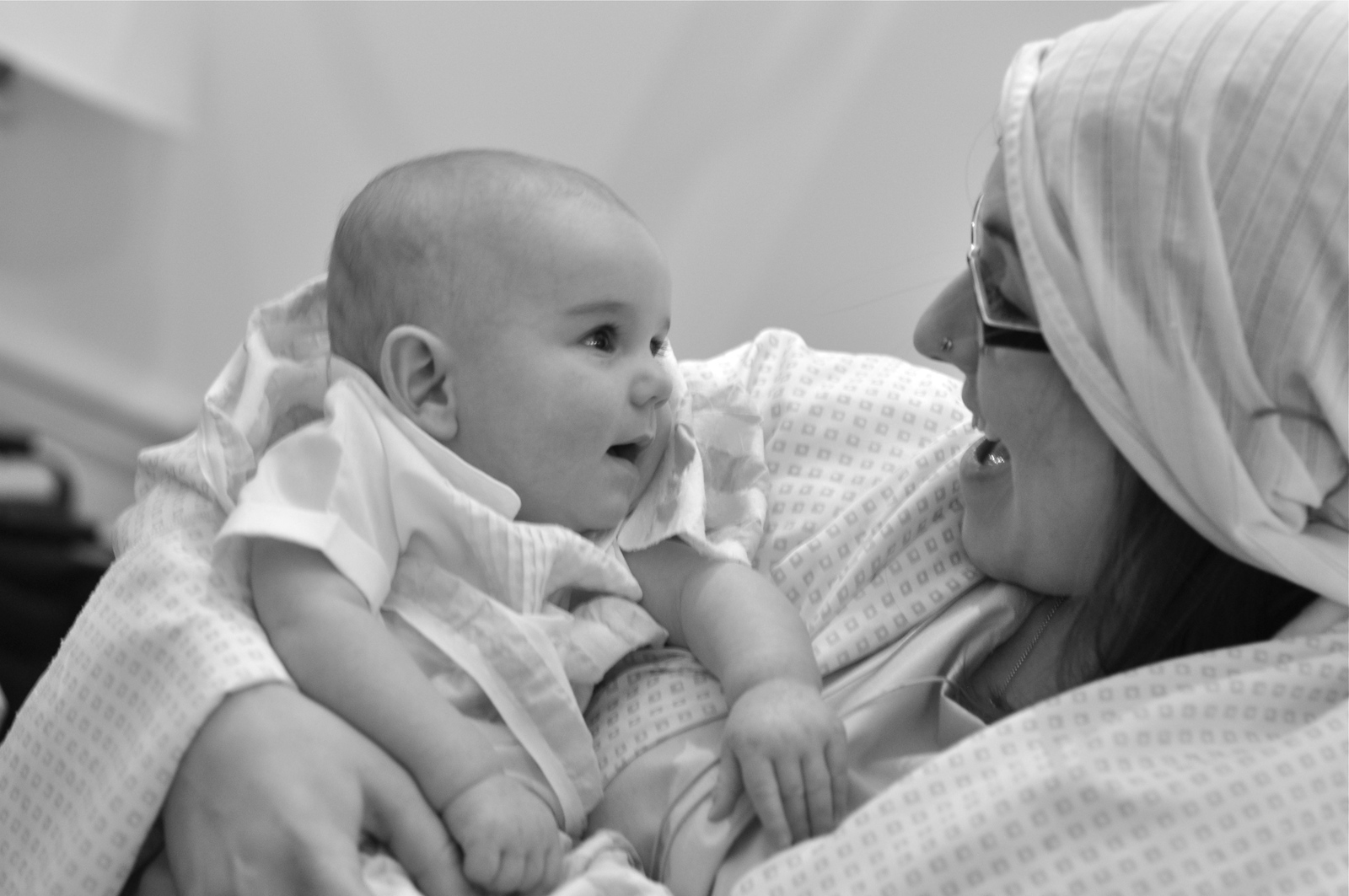 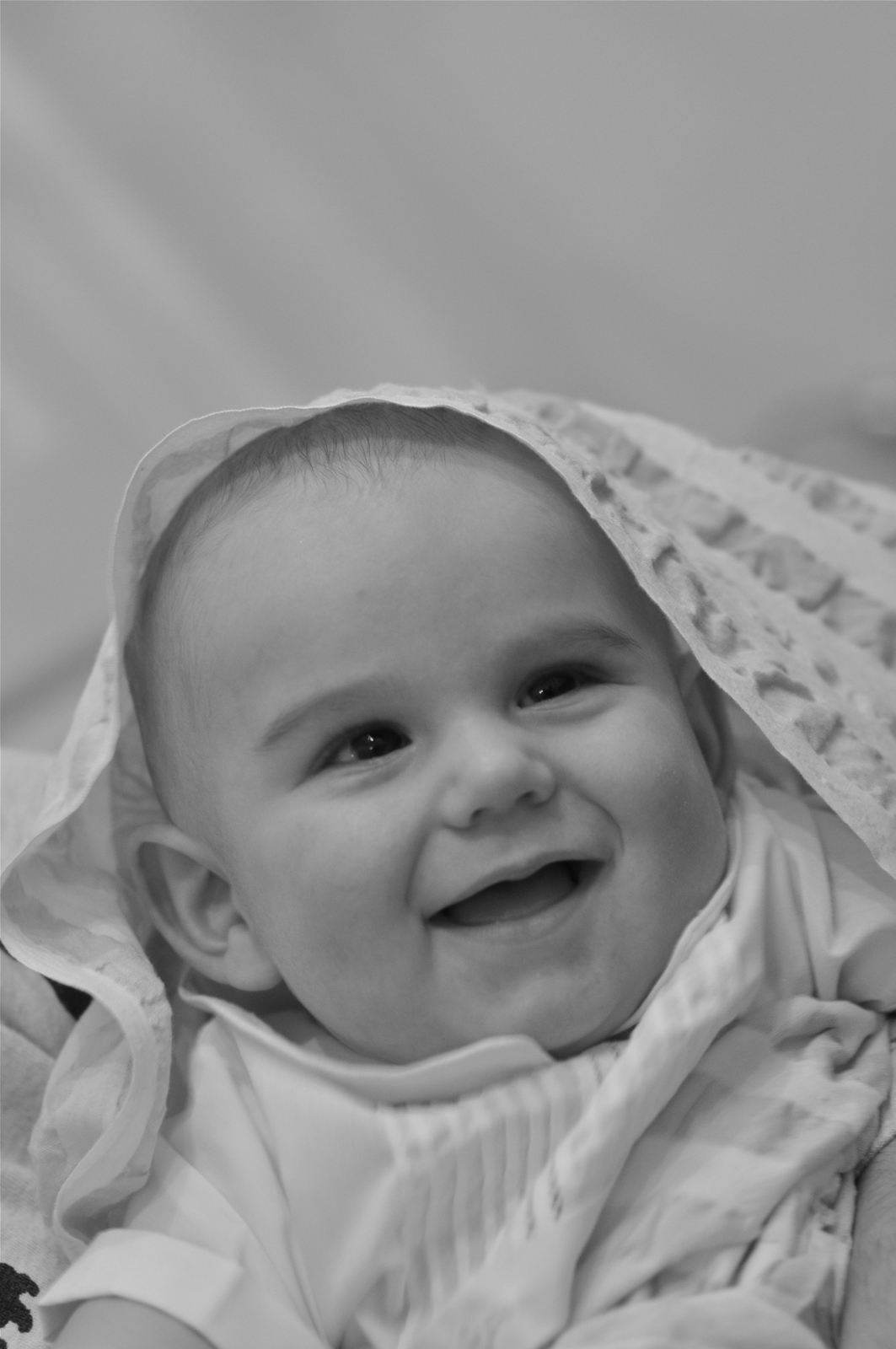 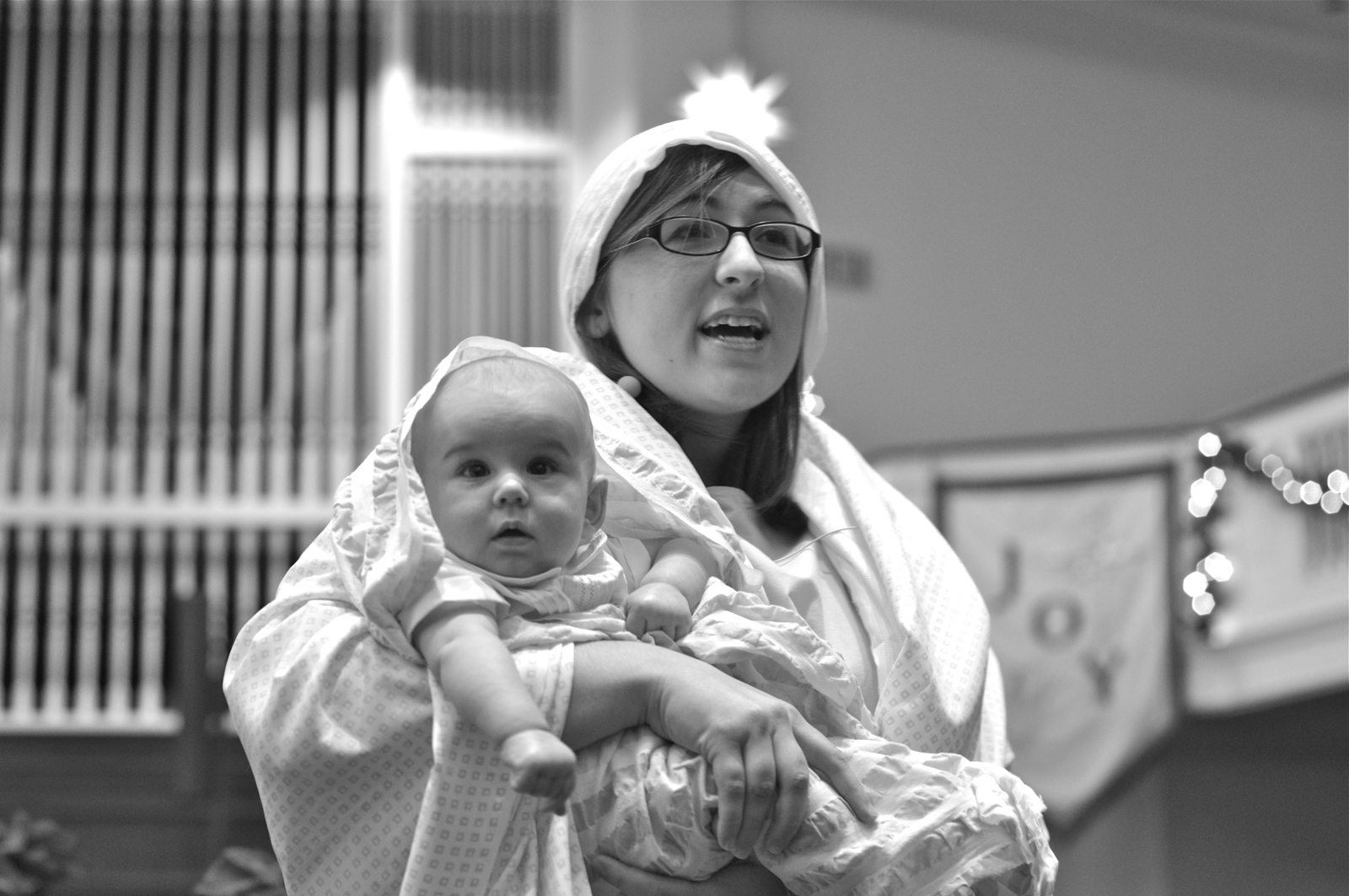 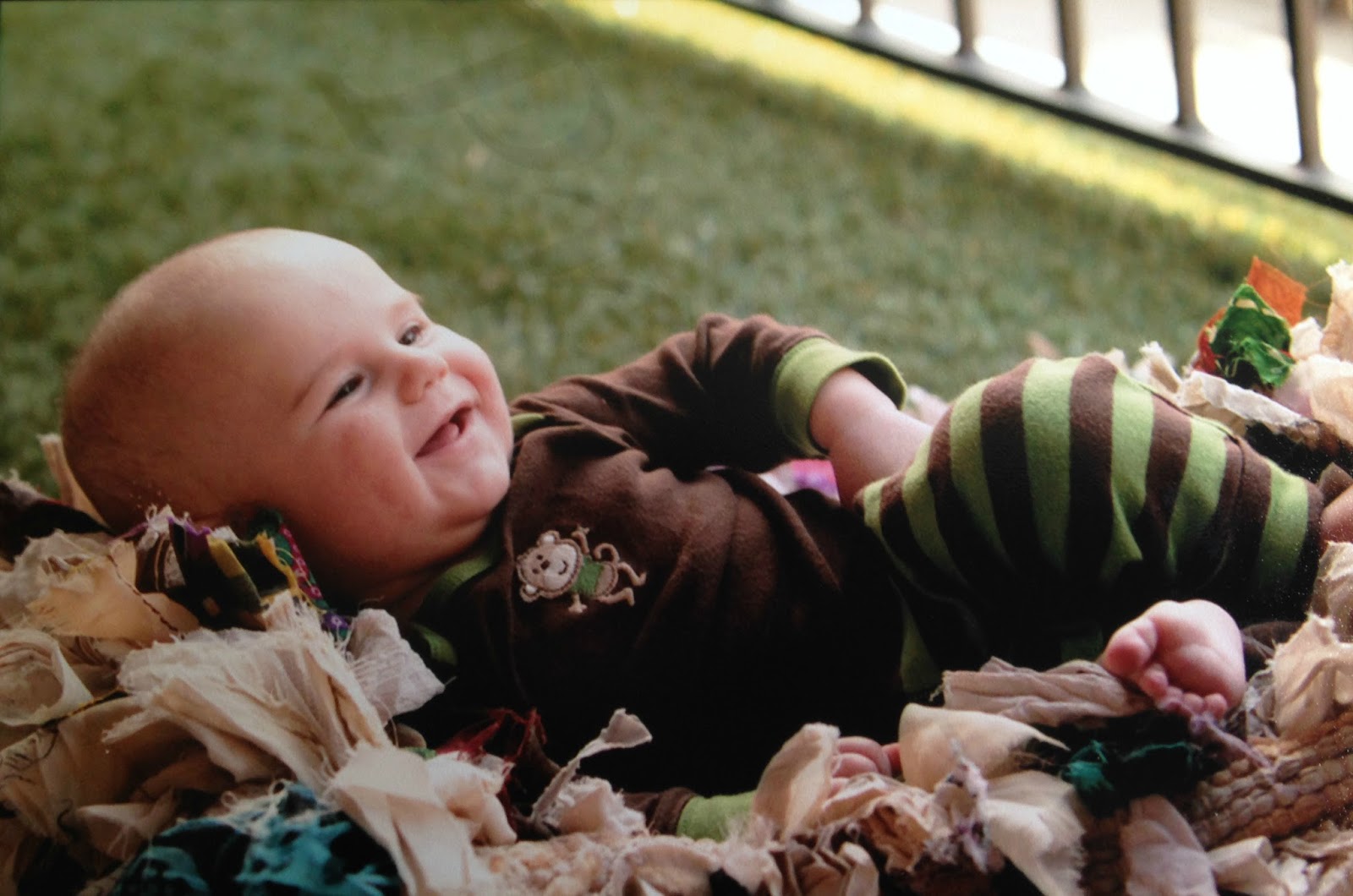 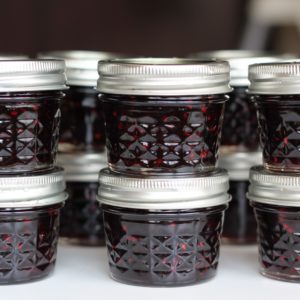