On Saturday Matt turned 37 and today Thomas turned two! So on Saturday we combined their birthday celebrations into a double-header party — a fire truck toddler party for Tom and a late night after party for Matt. Judging by the state of my house the next morning, which looked like a frat house, the parties were a huge success. 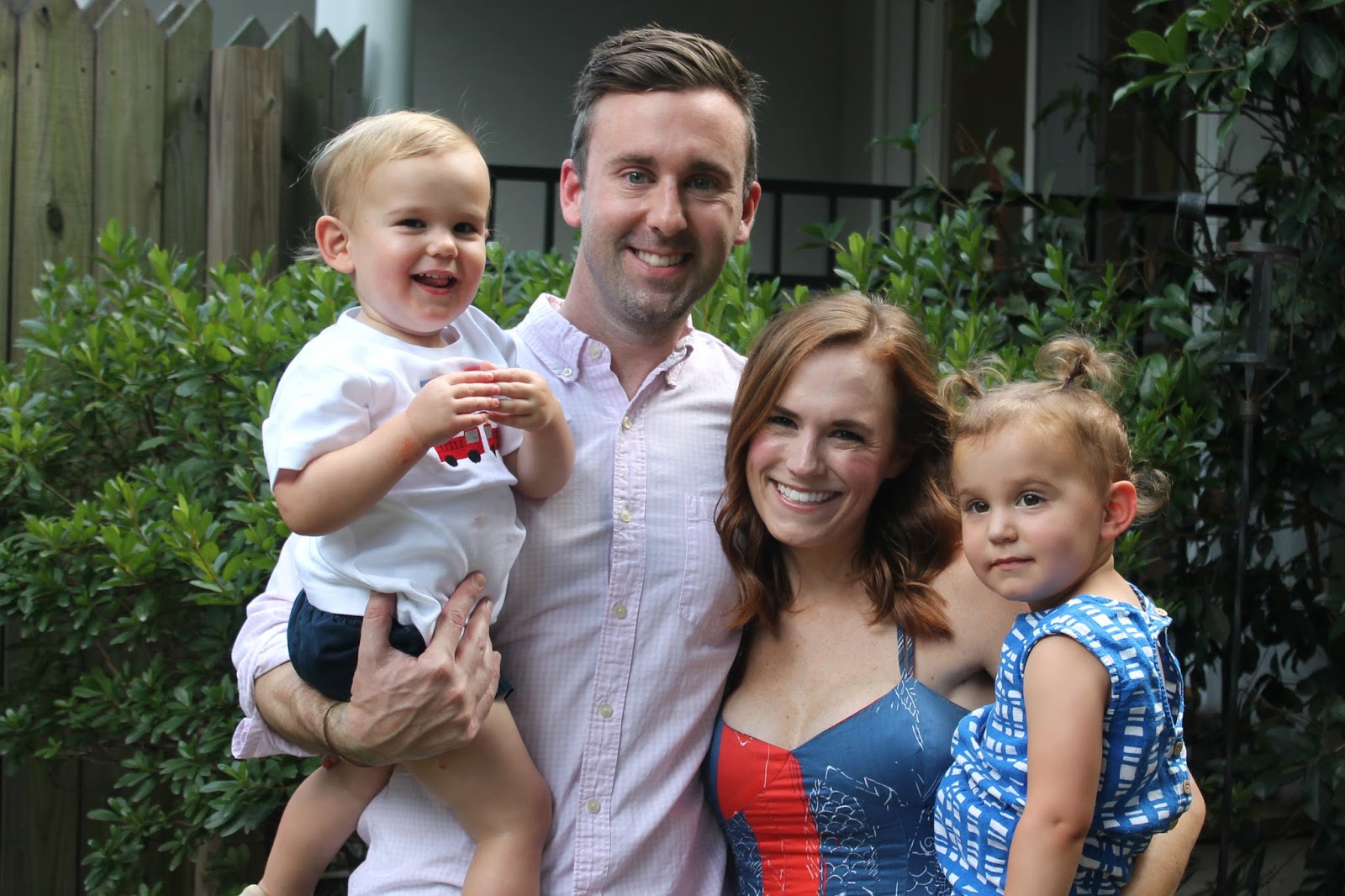 Tom Tom is absolutely obsessed with fire trucks these days. He is completely enamored with them and can frequently be heard pushing his fire truck around the house singing “weee-ewwww-weee-ewww!” So for his 2nd birthday party we knew fire trucks had to be the theme! 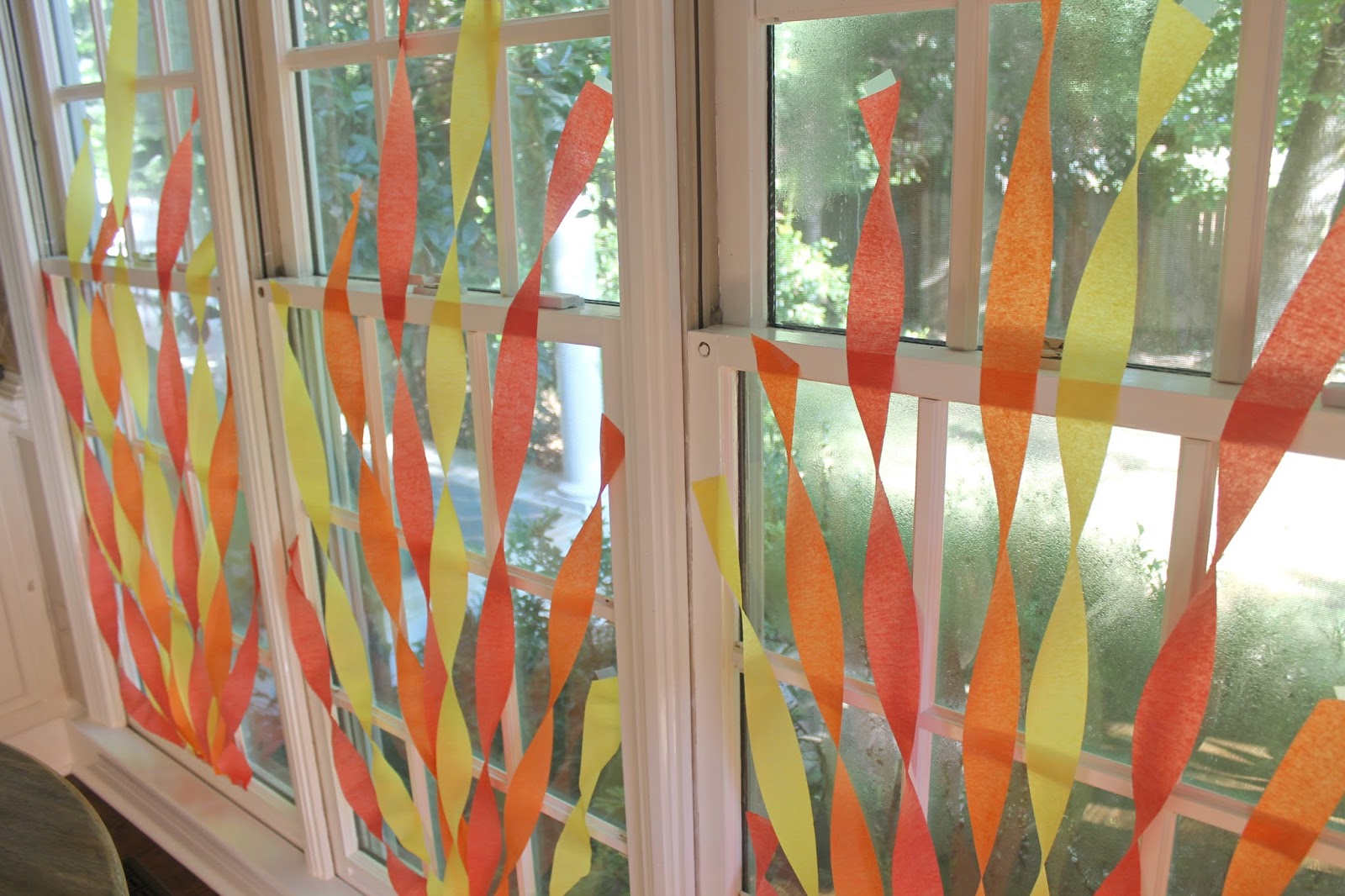 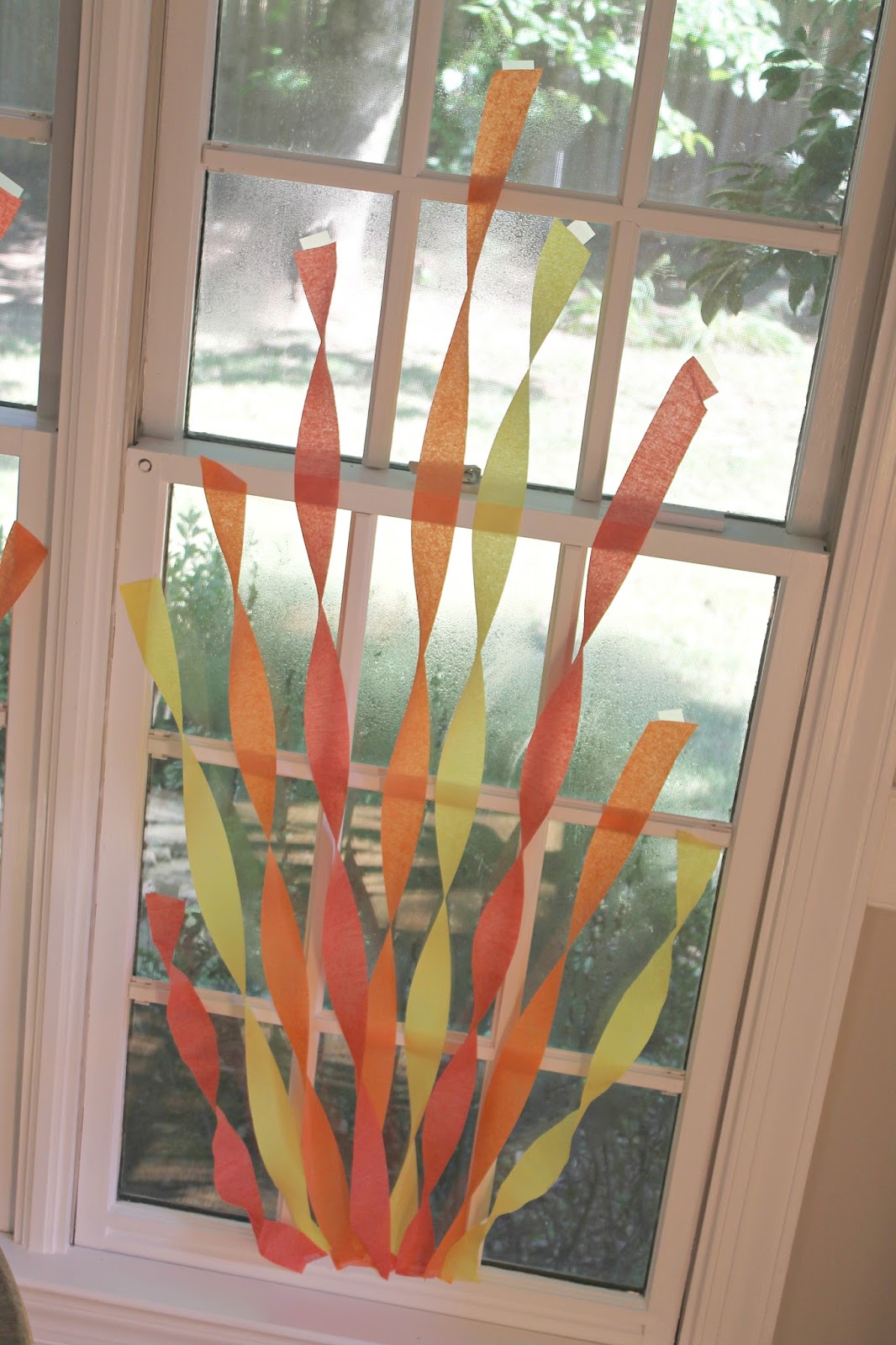 It took me 3 failed Pinterest crafts before I went the easy route and created “fire” with yellow, orange and red crepe streamers. 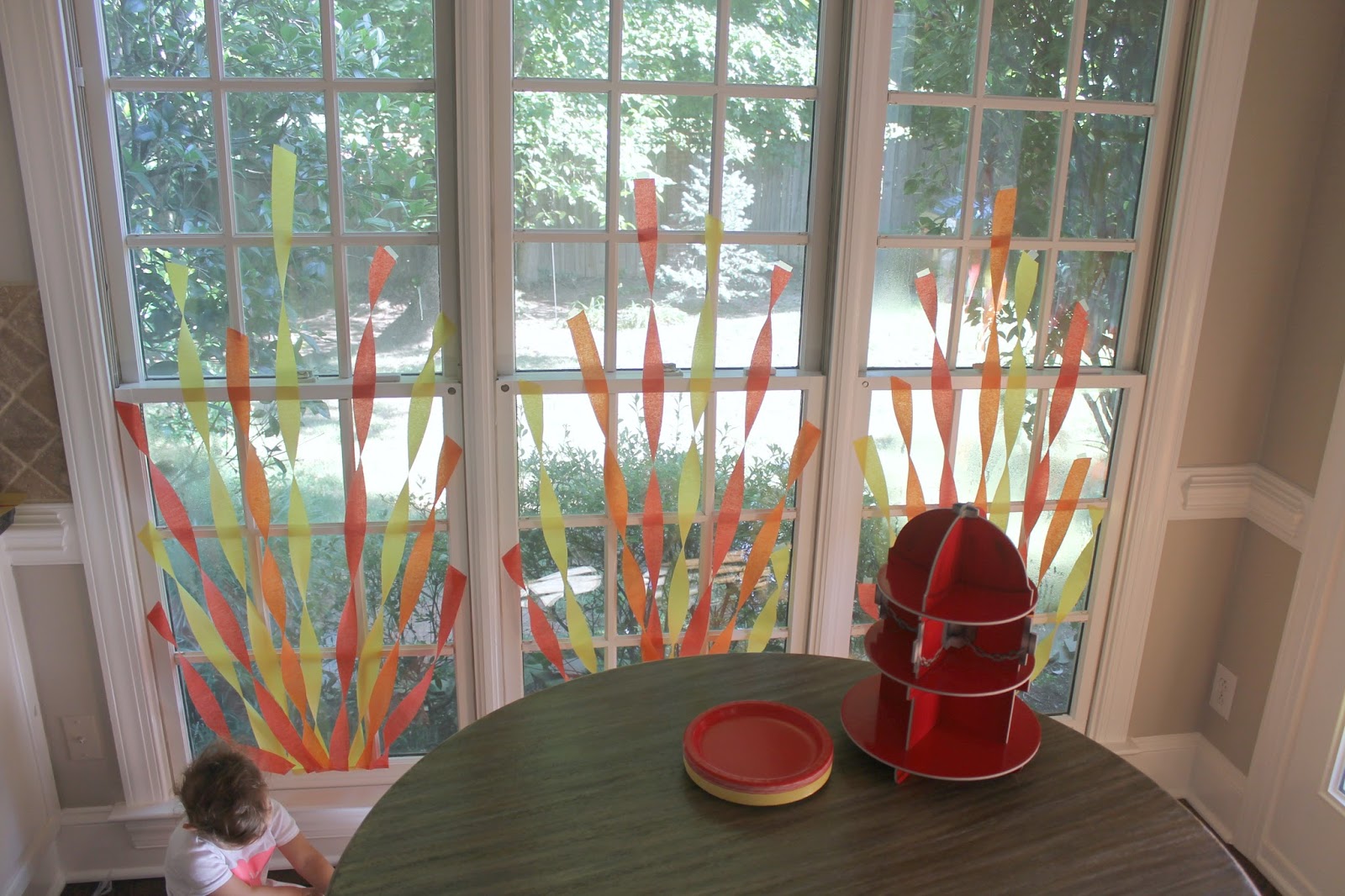 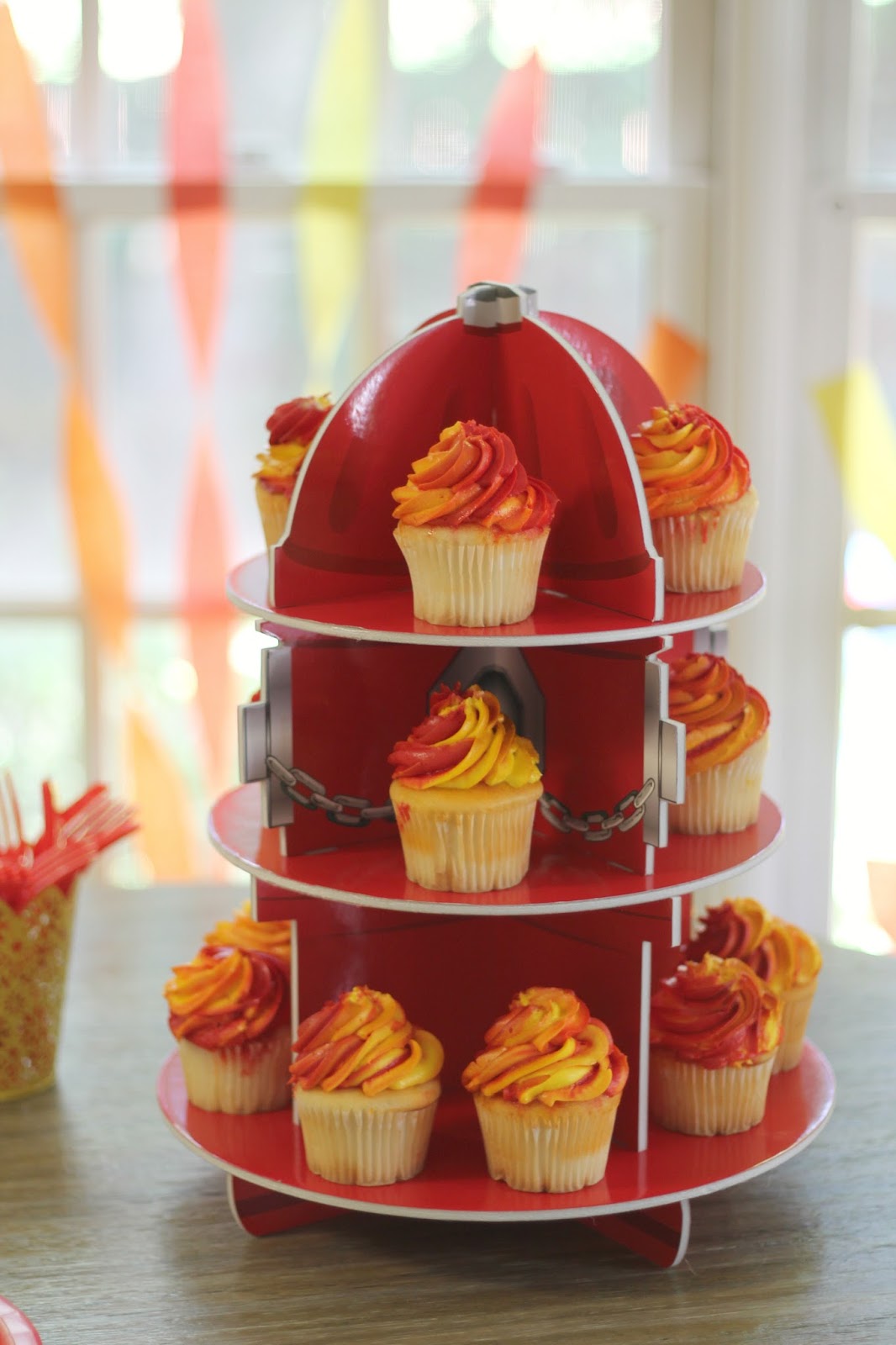 Harris Teeter nailed the fire cupcakes. I had pretty low expectations since combining three colors of icing is a gamble, but they turned out way better than I had anticipated. And the fire hydrant cupcake holder was too cute to pass up as an add-on during my last prime order. 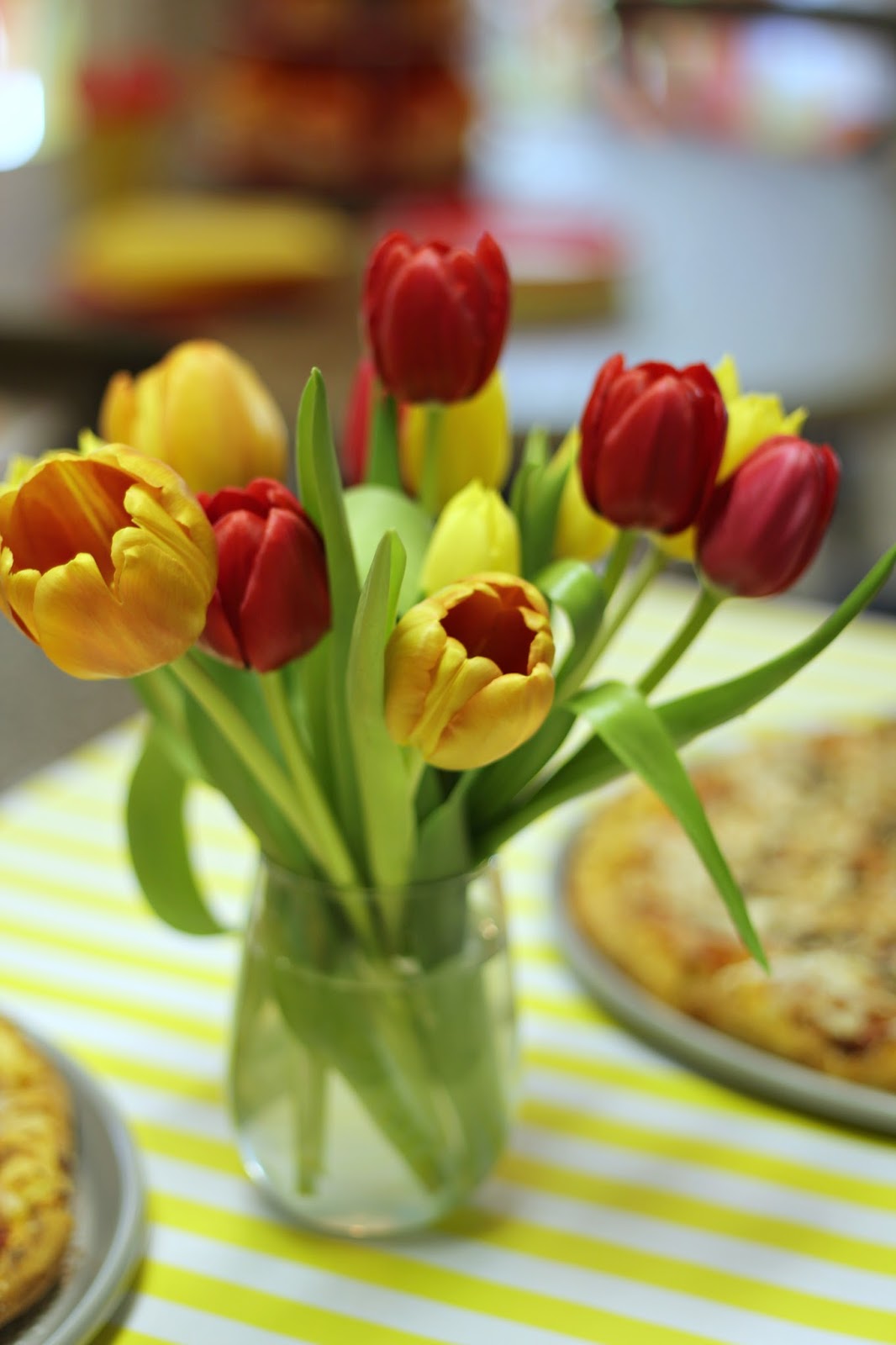 Orange, yellow & red tulips! For the table runner I picked up a roll of wrapping paper from the Target dollar aisle. 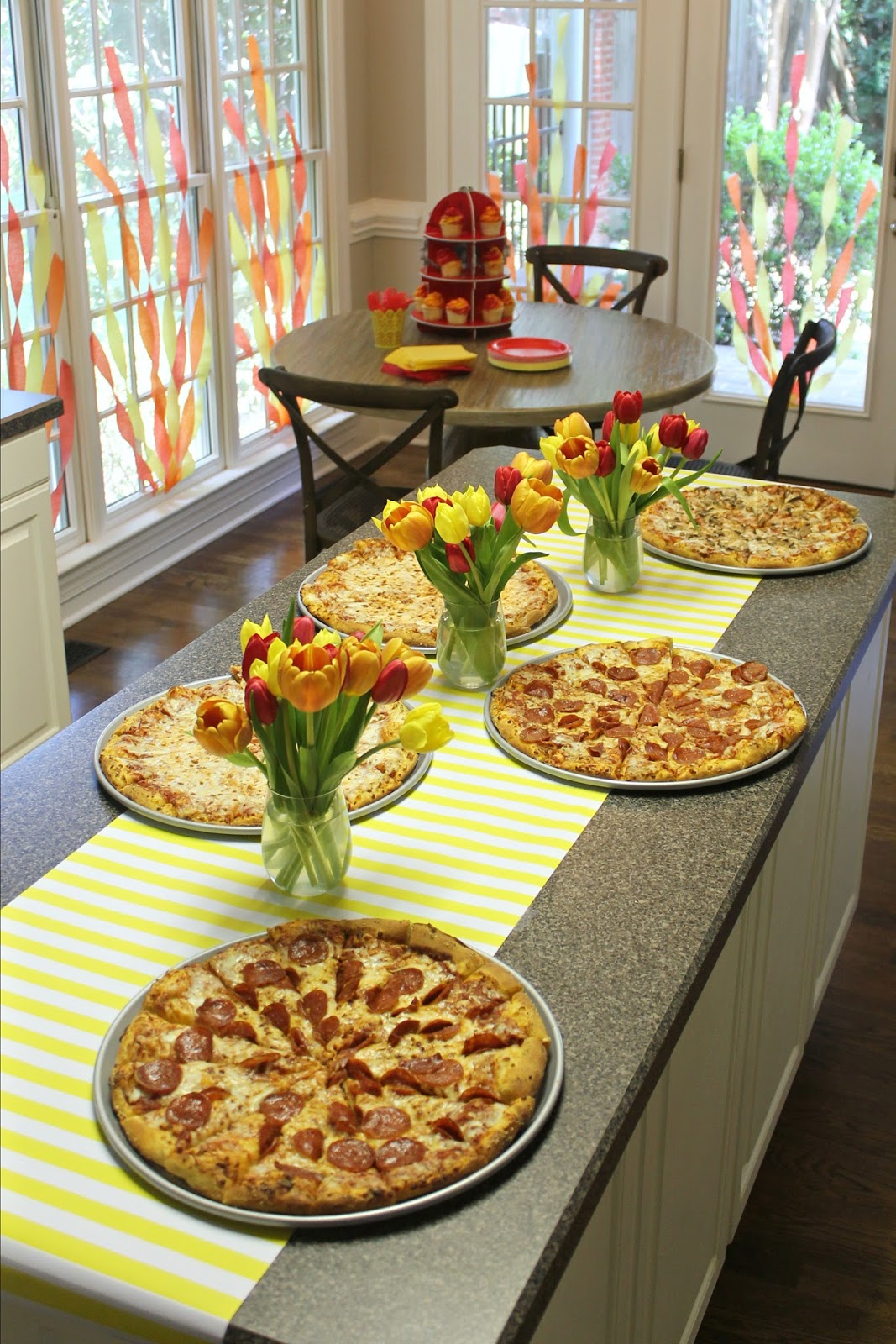 I had pizzas delivered for the party which has been such a game changer from previous parties. I used to get stuck in the kitchen at the beginning of every party trying to heat everything. Not anymore. Once we switched to pizza we never looked back! 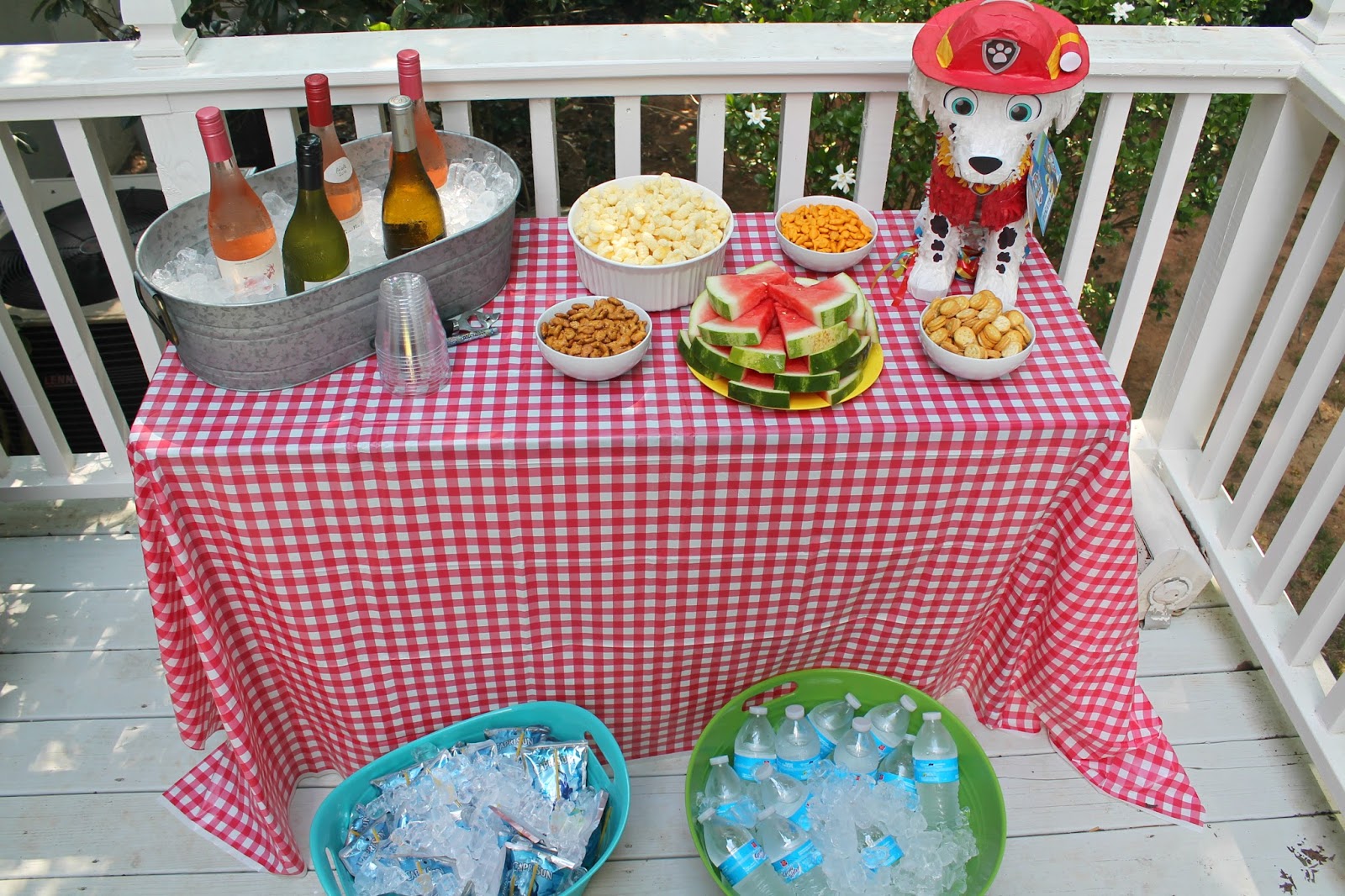 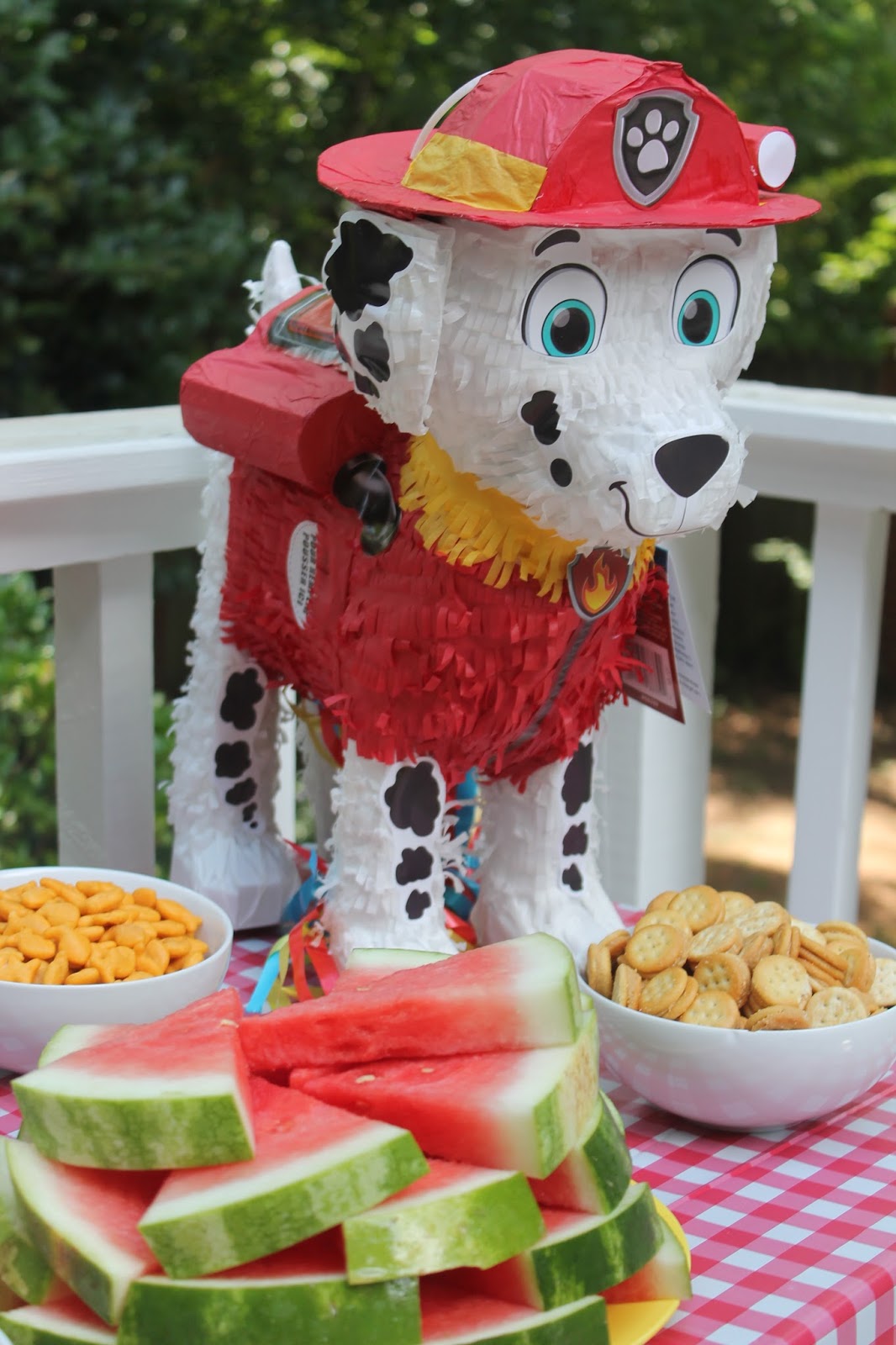 I couldn’t resist scooping up that cute Paw Patrol pinata during my Walmart run for all of the paper products. This also doubled as a popular toy to carry around during the party. 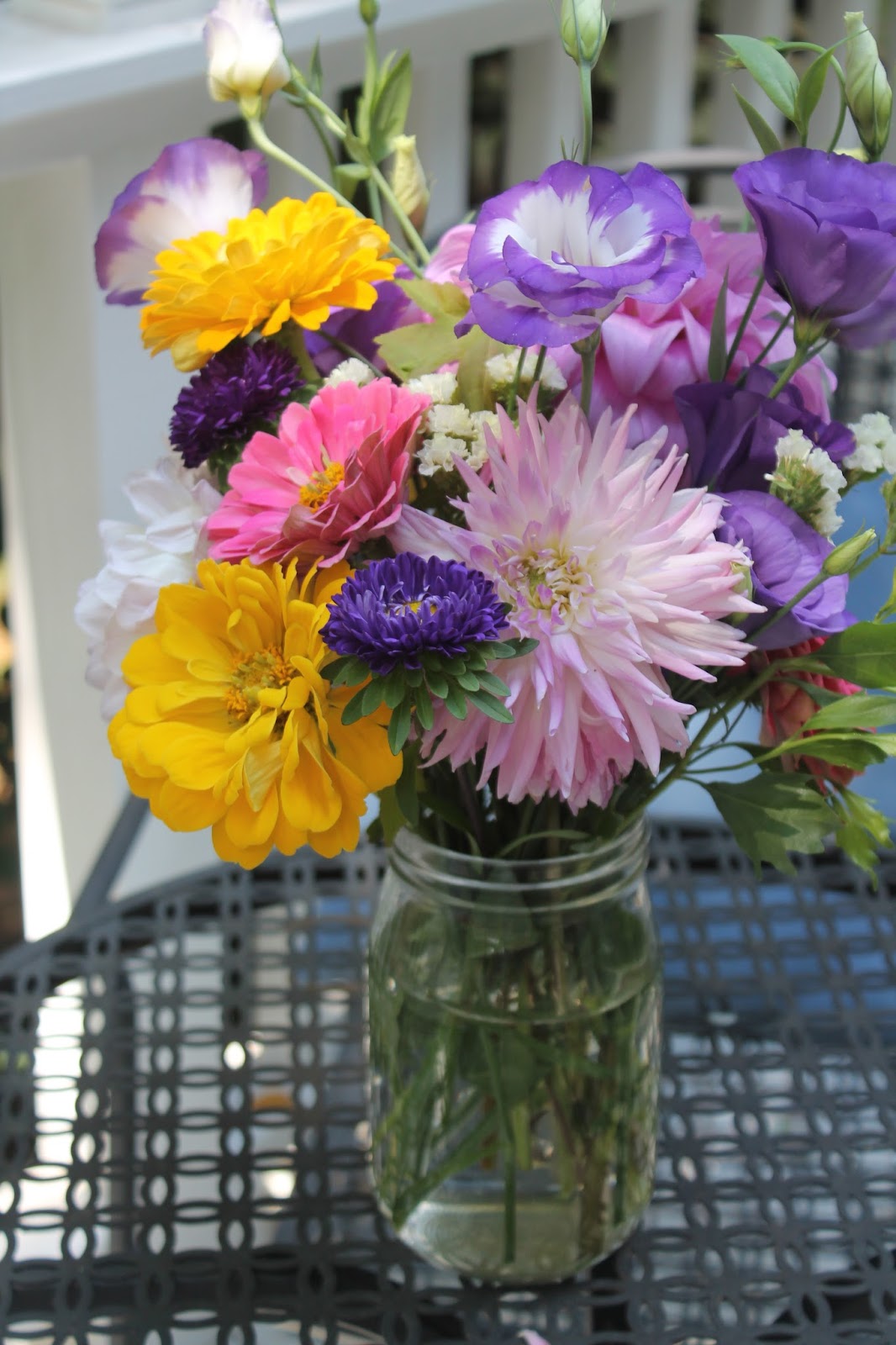 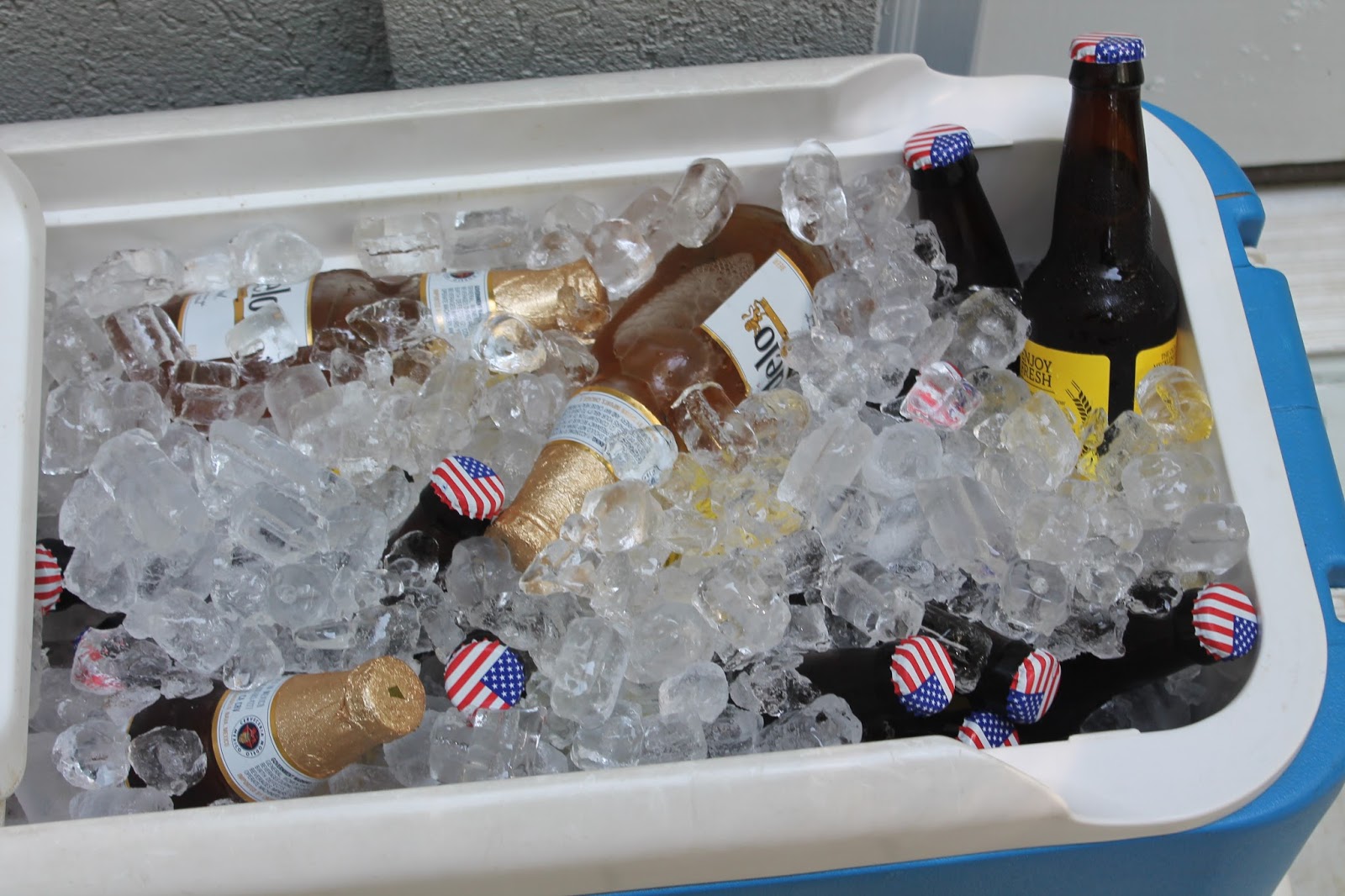 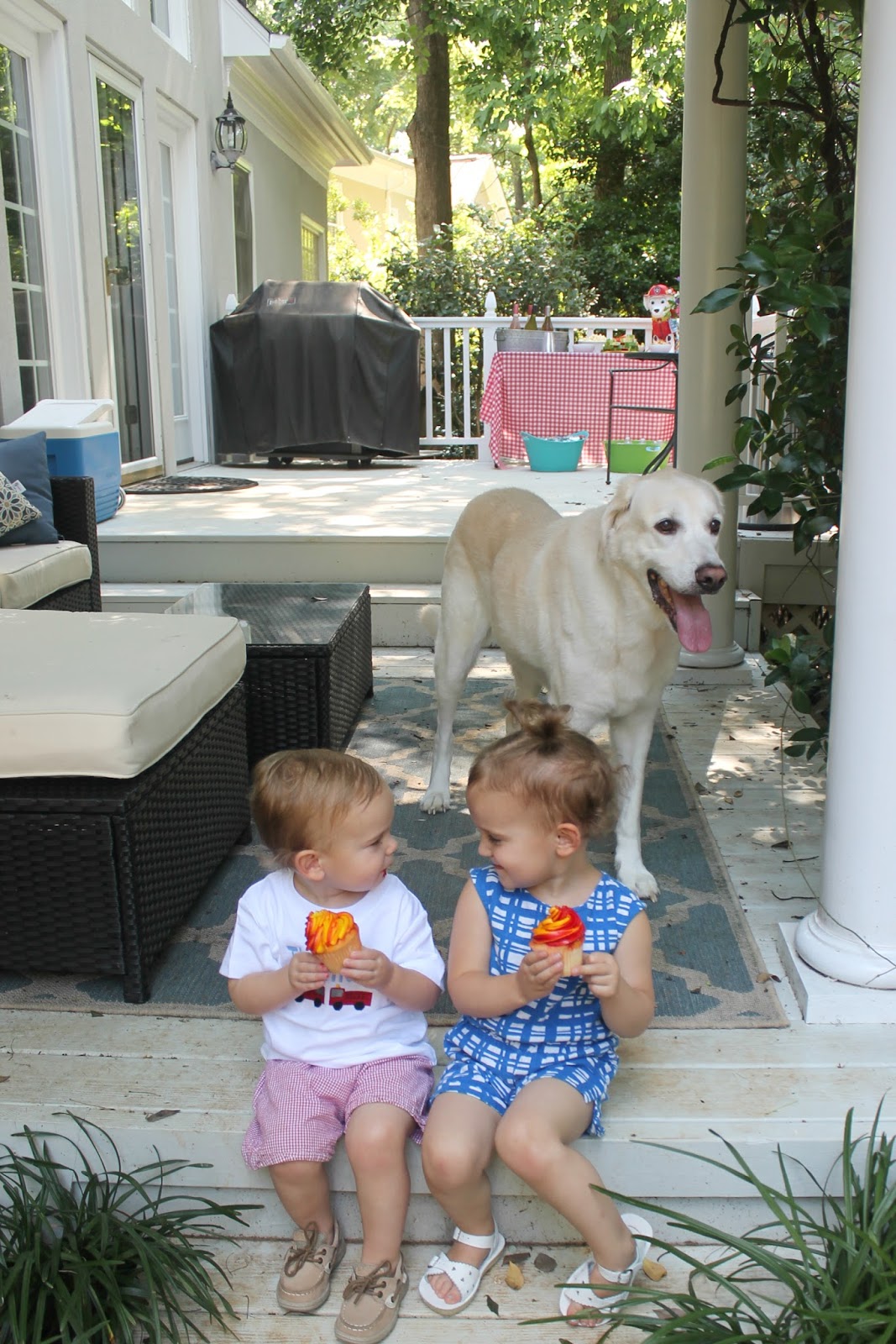 Because setting out cupcakes an hour before the party was toddler torture I let Caroline and Thomas eat their (first of many that night) cupcakes. And by “eat” I mean lick all of the icing off and hand the bottom of the cupcakes back to me. 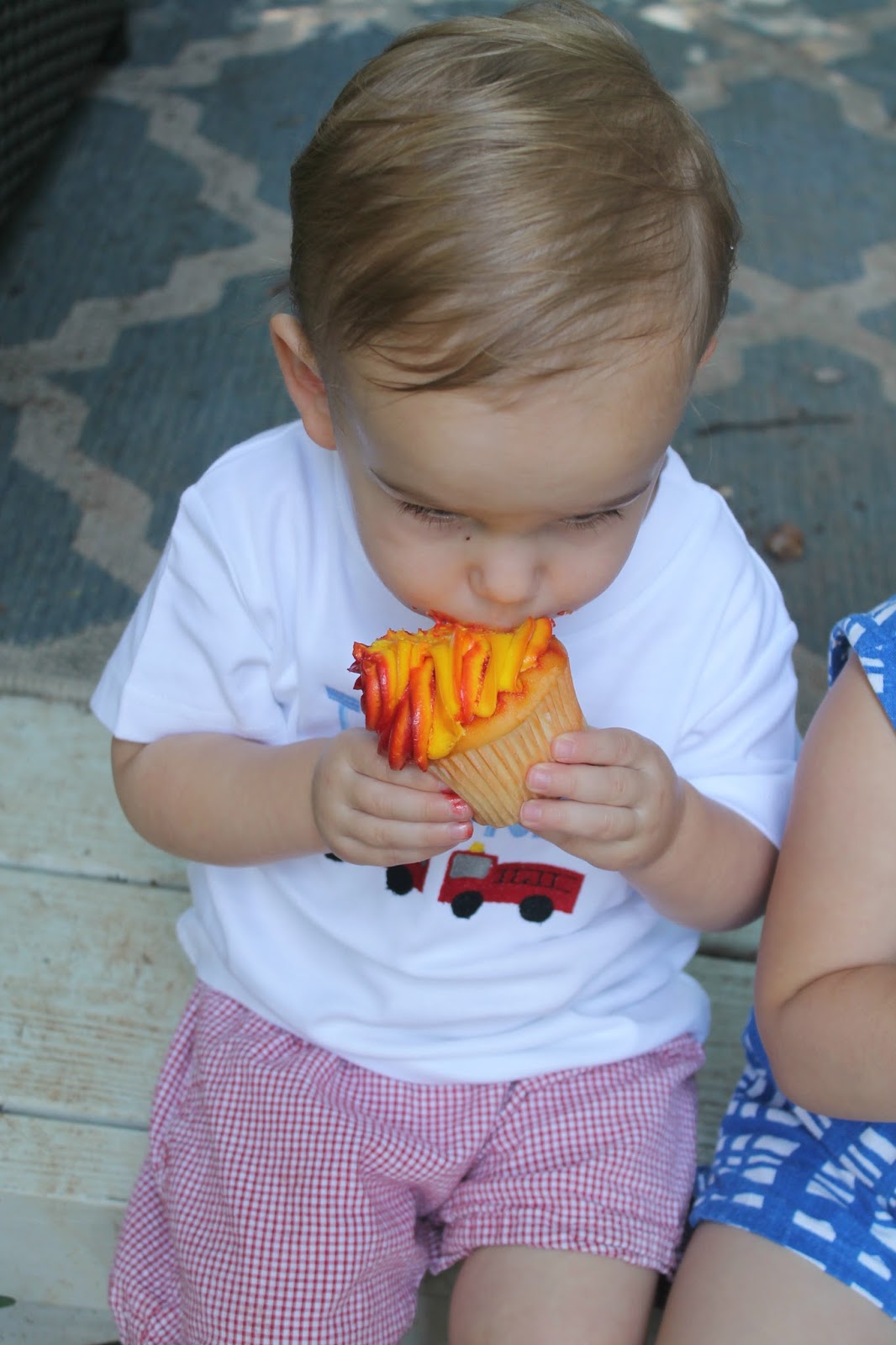 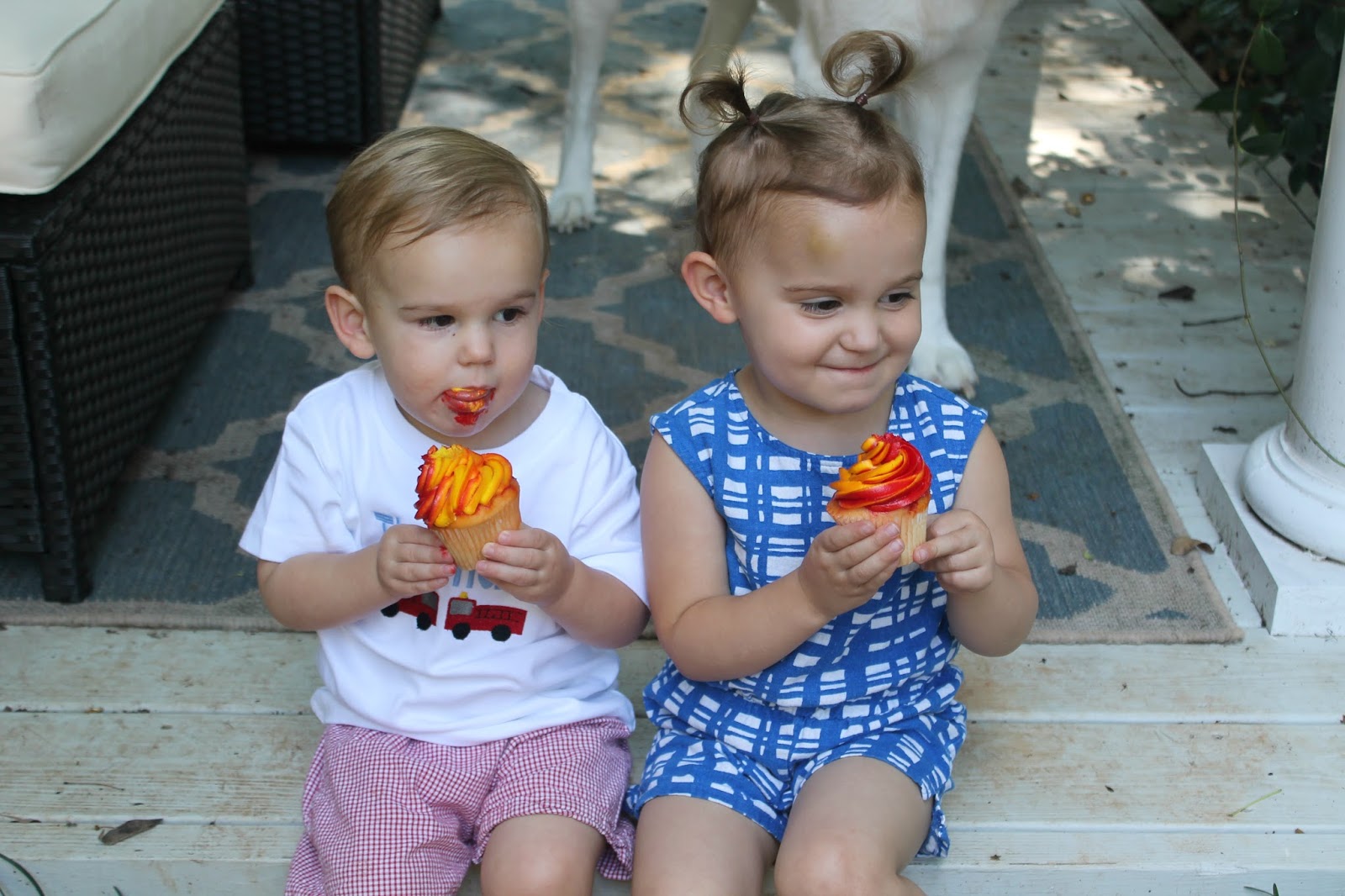 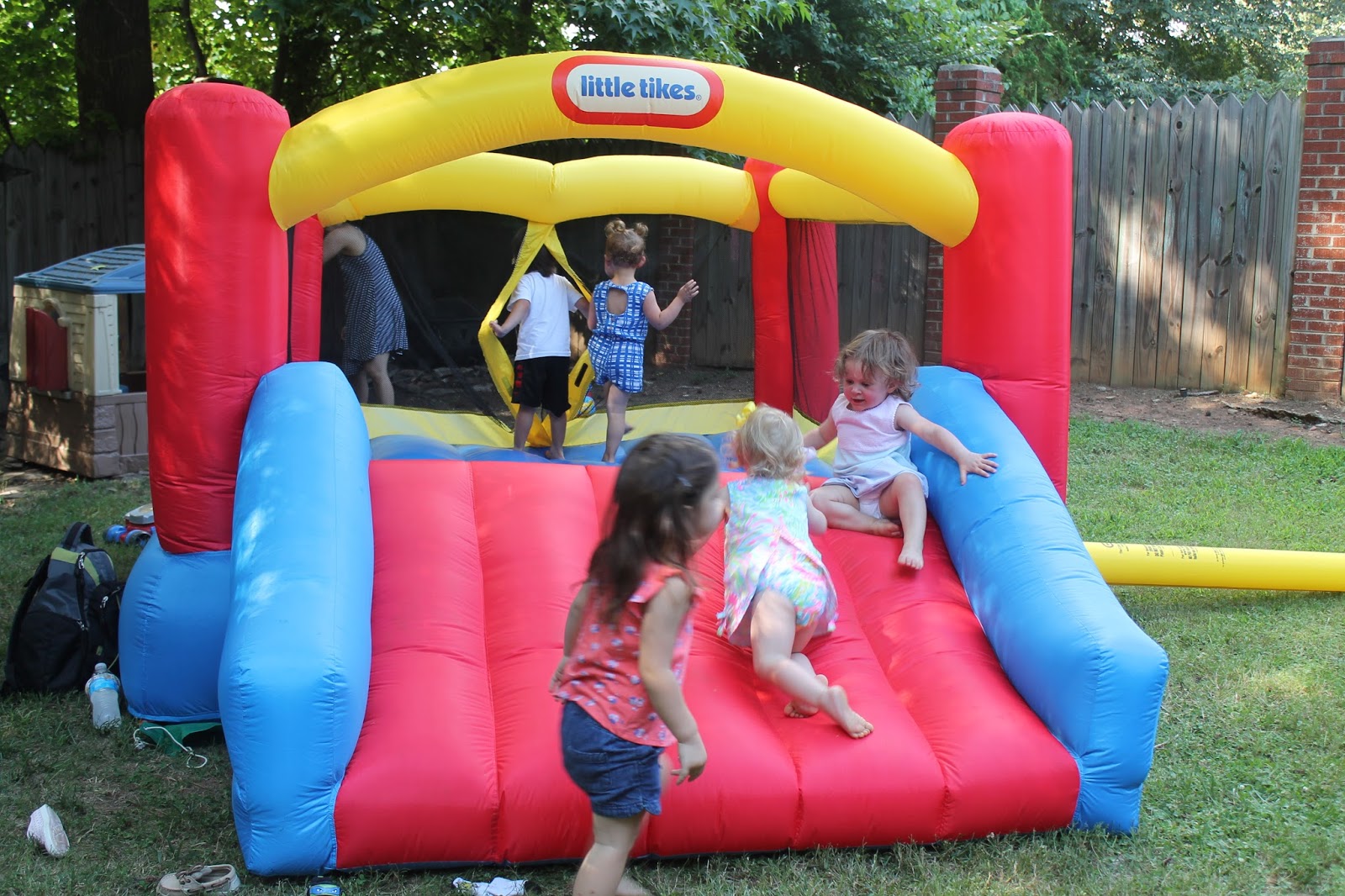 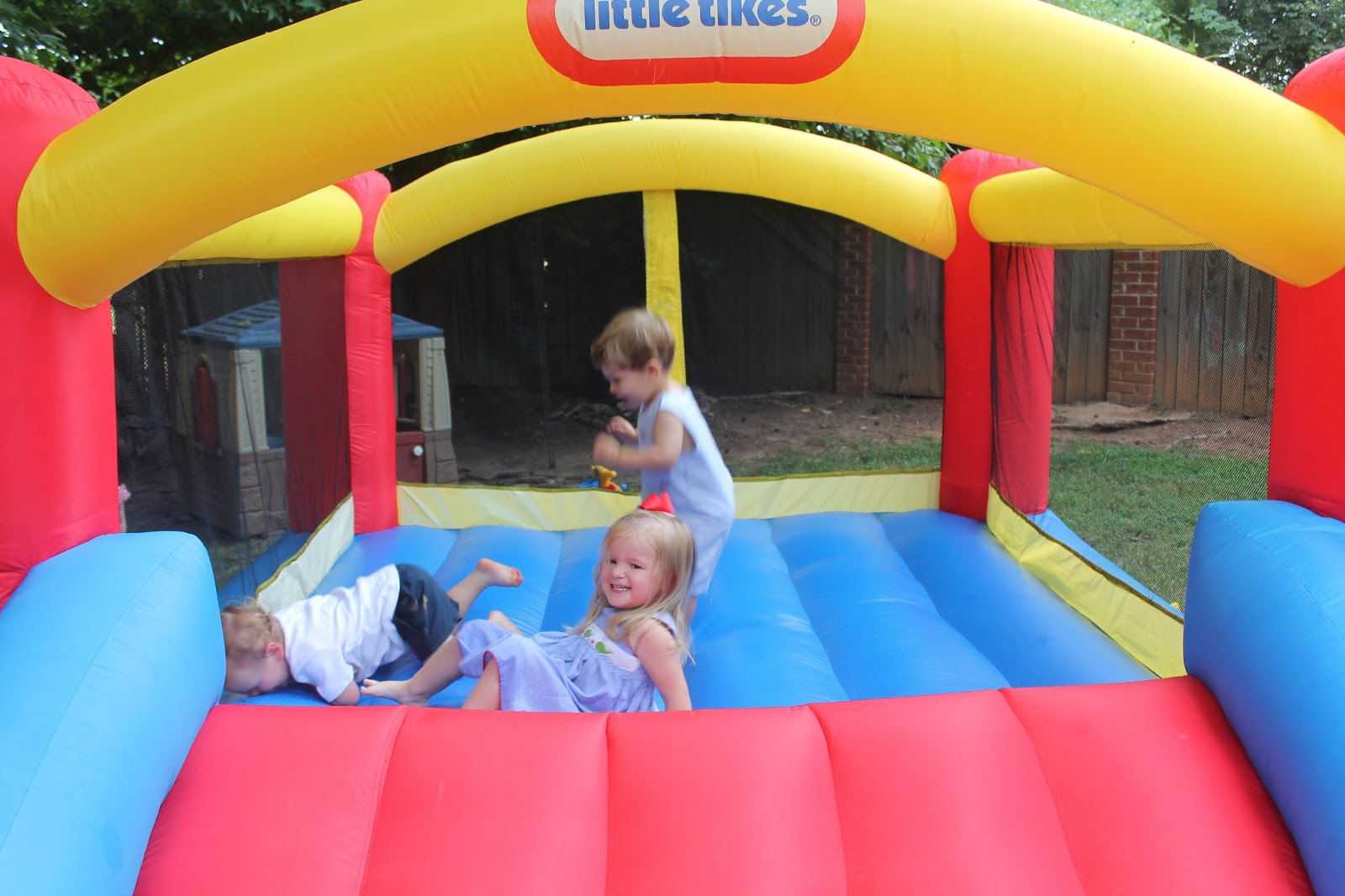 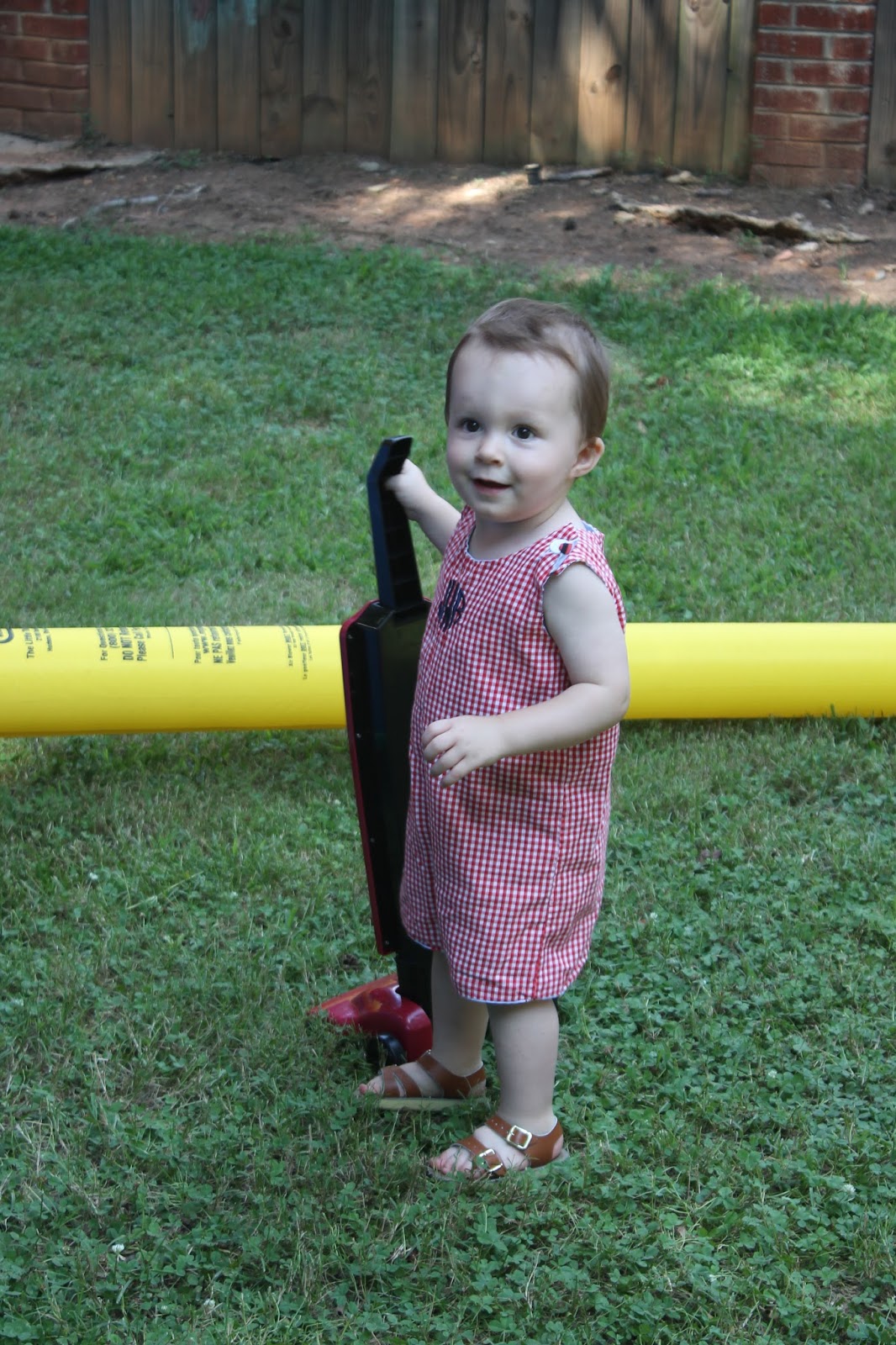 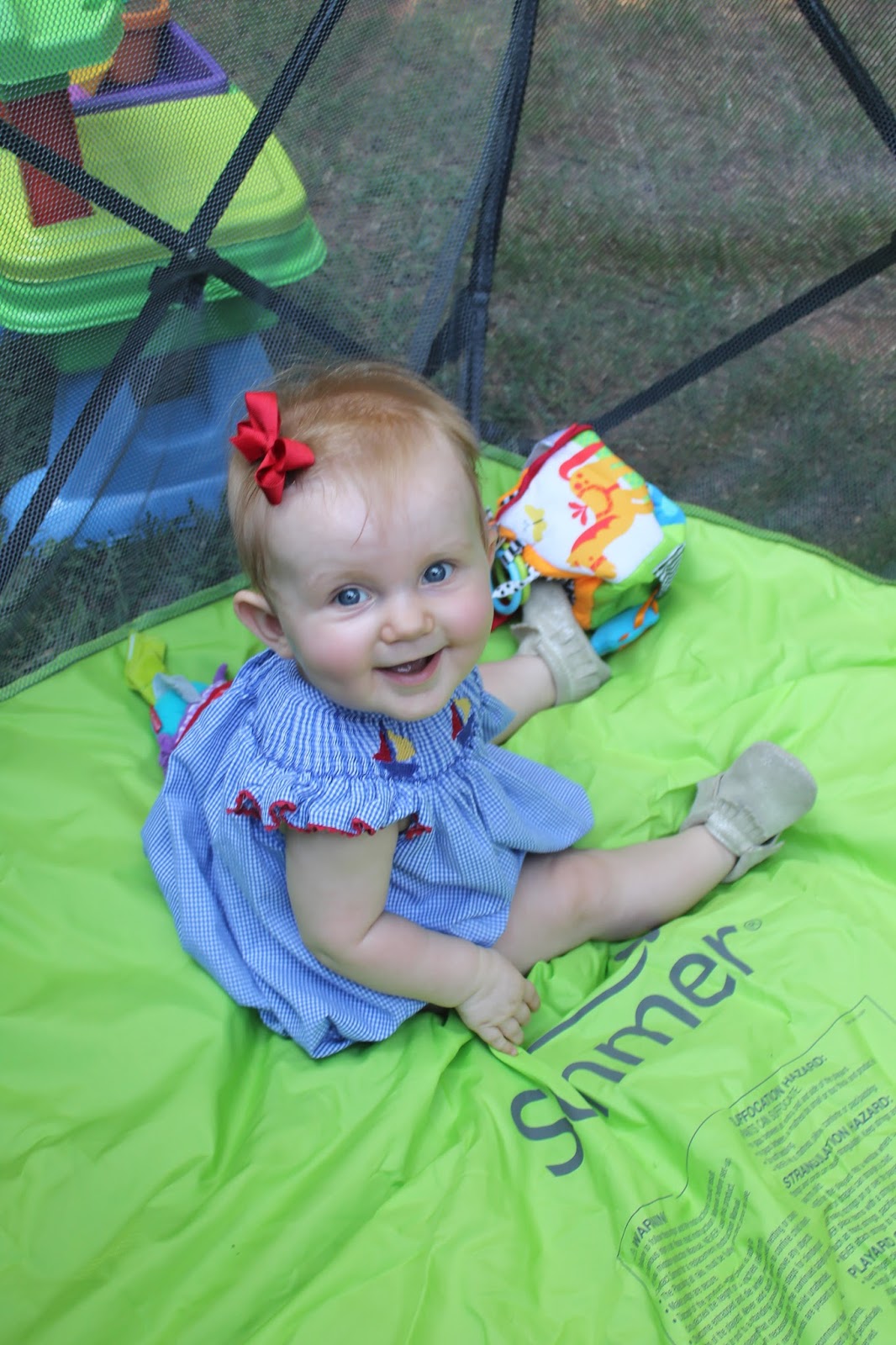 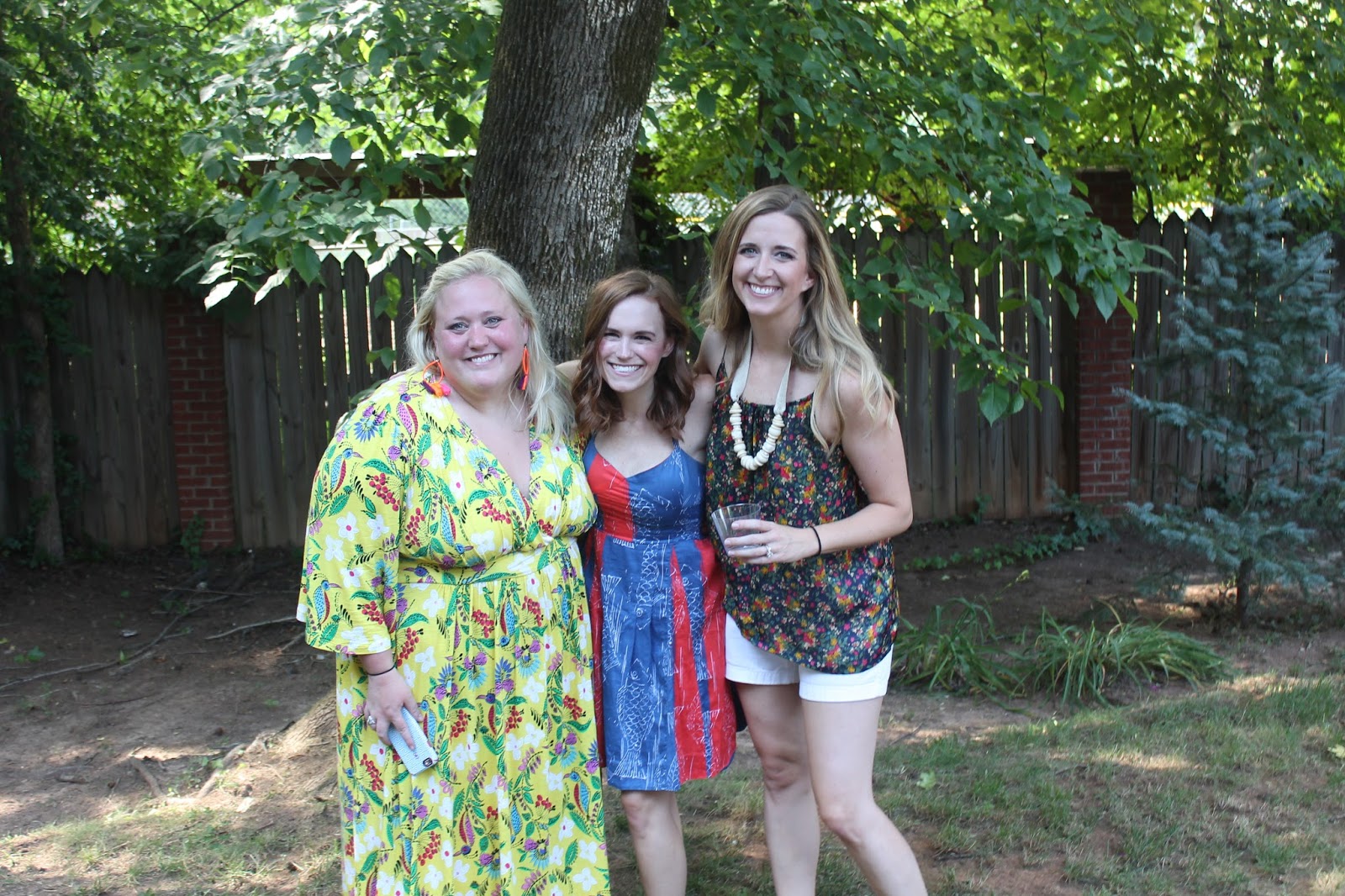 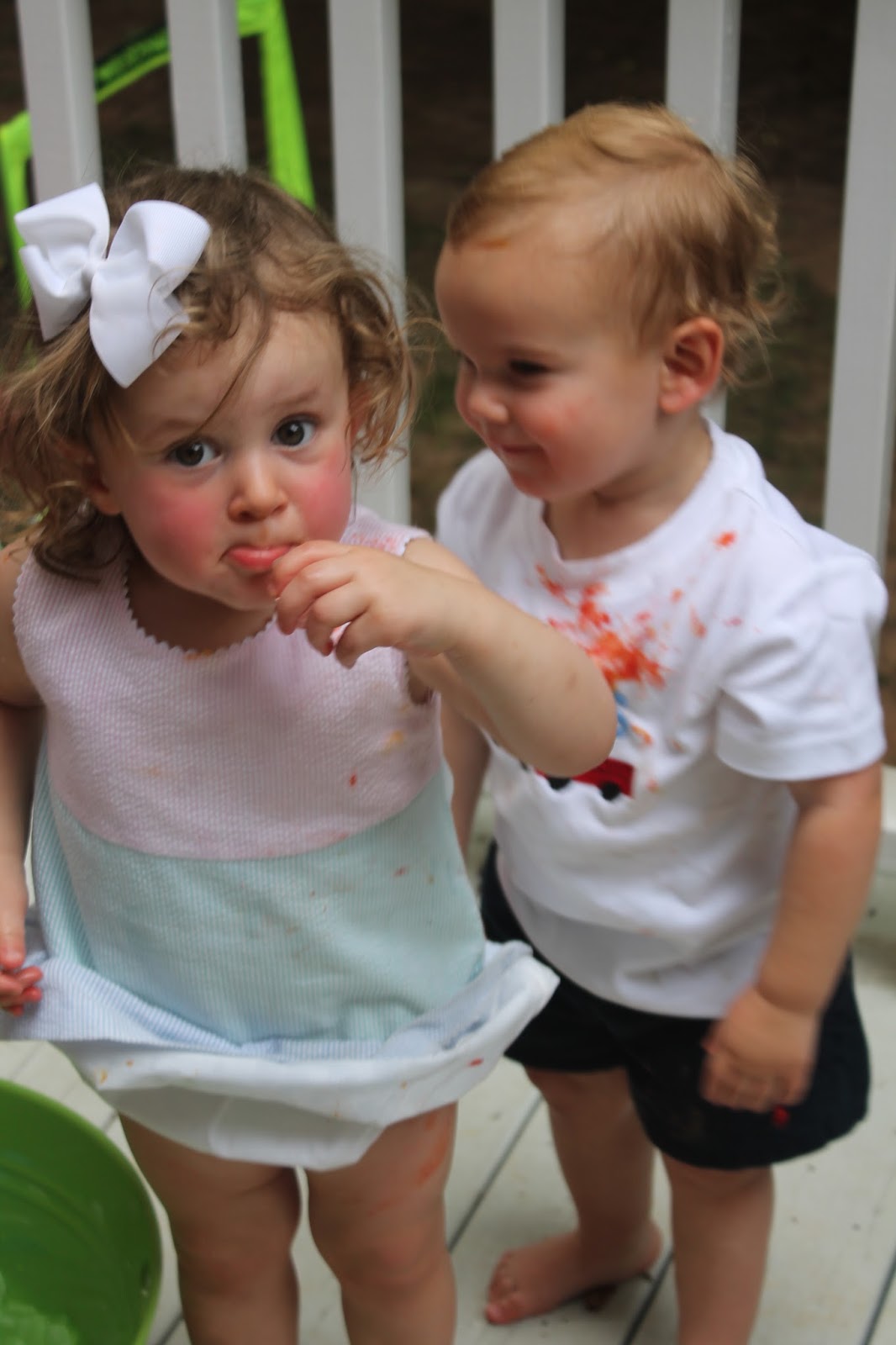 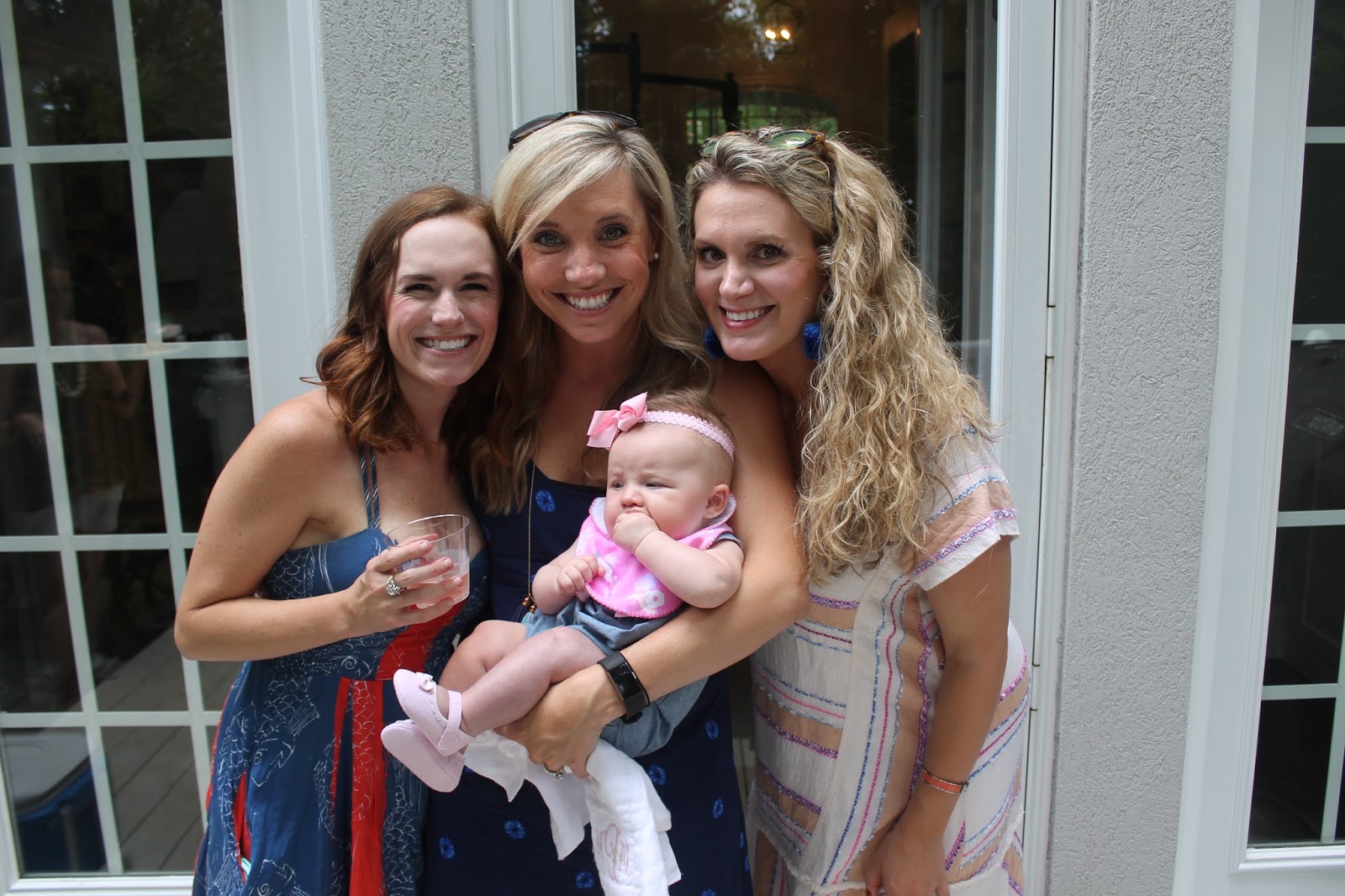 The littlest nugget at the party! 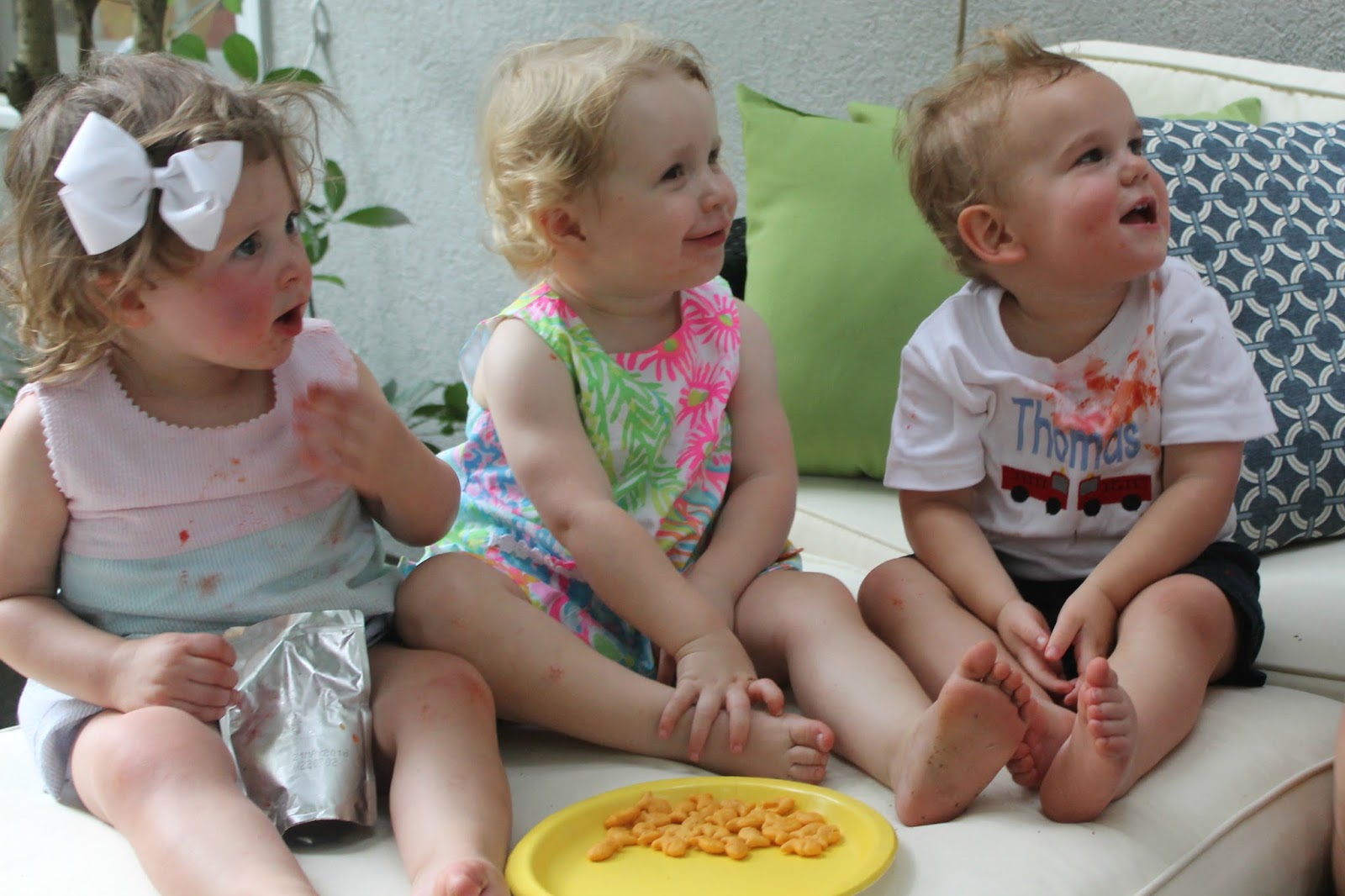 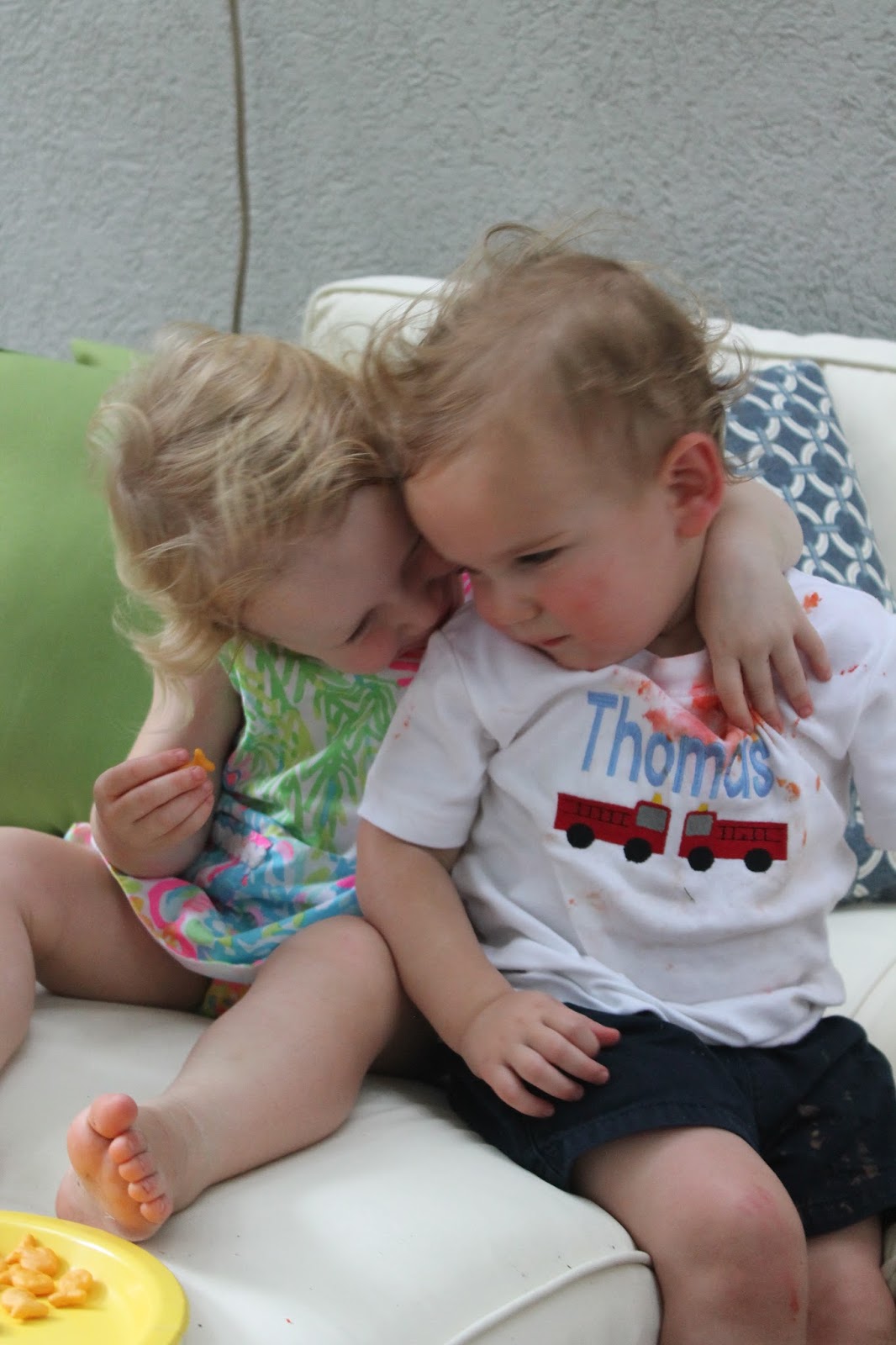 The last of the toddlers rallied through a bit of the late night party. Hopped up on capri suns and cupcakes, Caroline, Louise and Whit closed the toddler party down around 10 pm. After getting kiddos to bed several dads returned to continue the celebrations with Matt. It was a great party day! 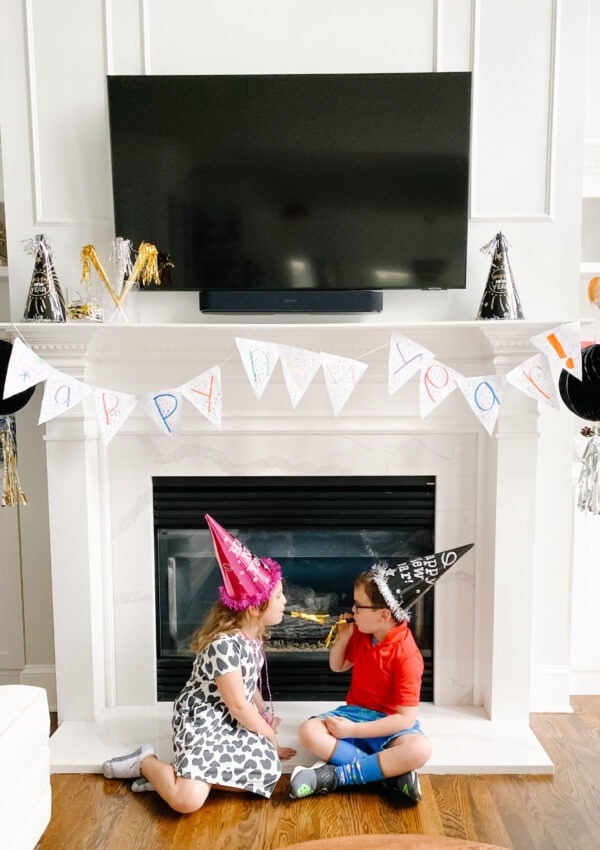 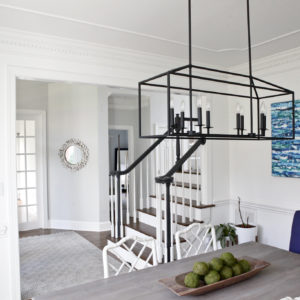