We recently scratched off a few more to-do items on our exterior house project list! Over the past 6 months we’ve actually tackled quite a few projects outside of our home, so today I thought it would be fun to share some exterior updates… 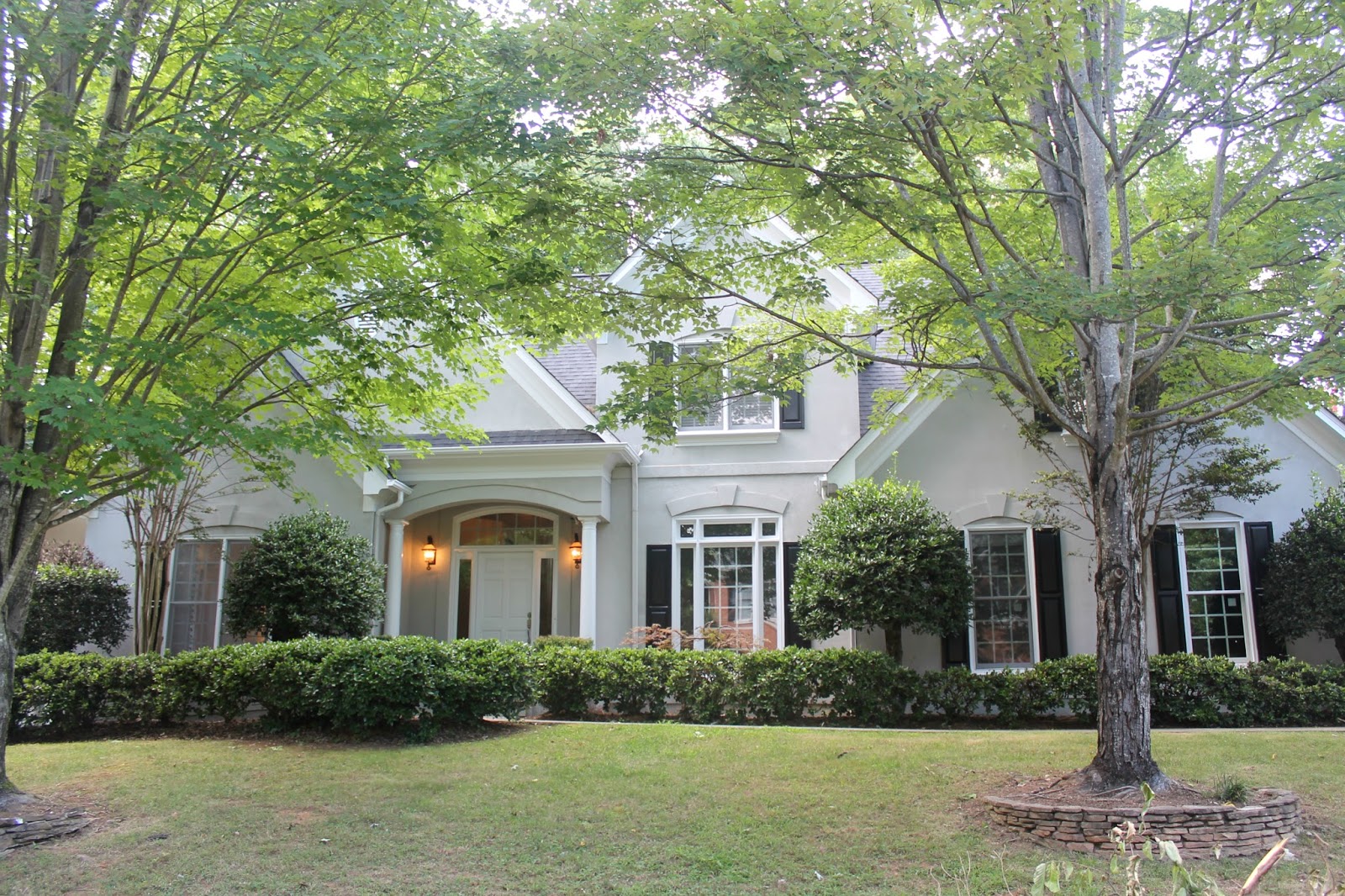 A handful of our exterior projects were done right after we closed on our house at the strong recommendation of our home inspector. None of these projects were particularly fun or affordable but we knew they needed to be done.

First, we replaced a few rotted windows and window frames around the house. All of the wood rot listed in our inspection report was marked as an urgent project. With the home being a rental property for a decade there were several places where the wood rot was extreme and starting to affect other areas of the house so we addressed this right away. 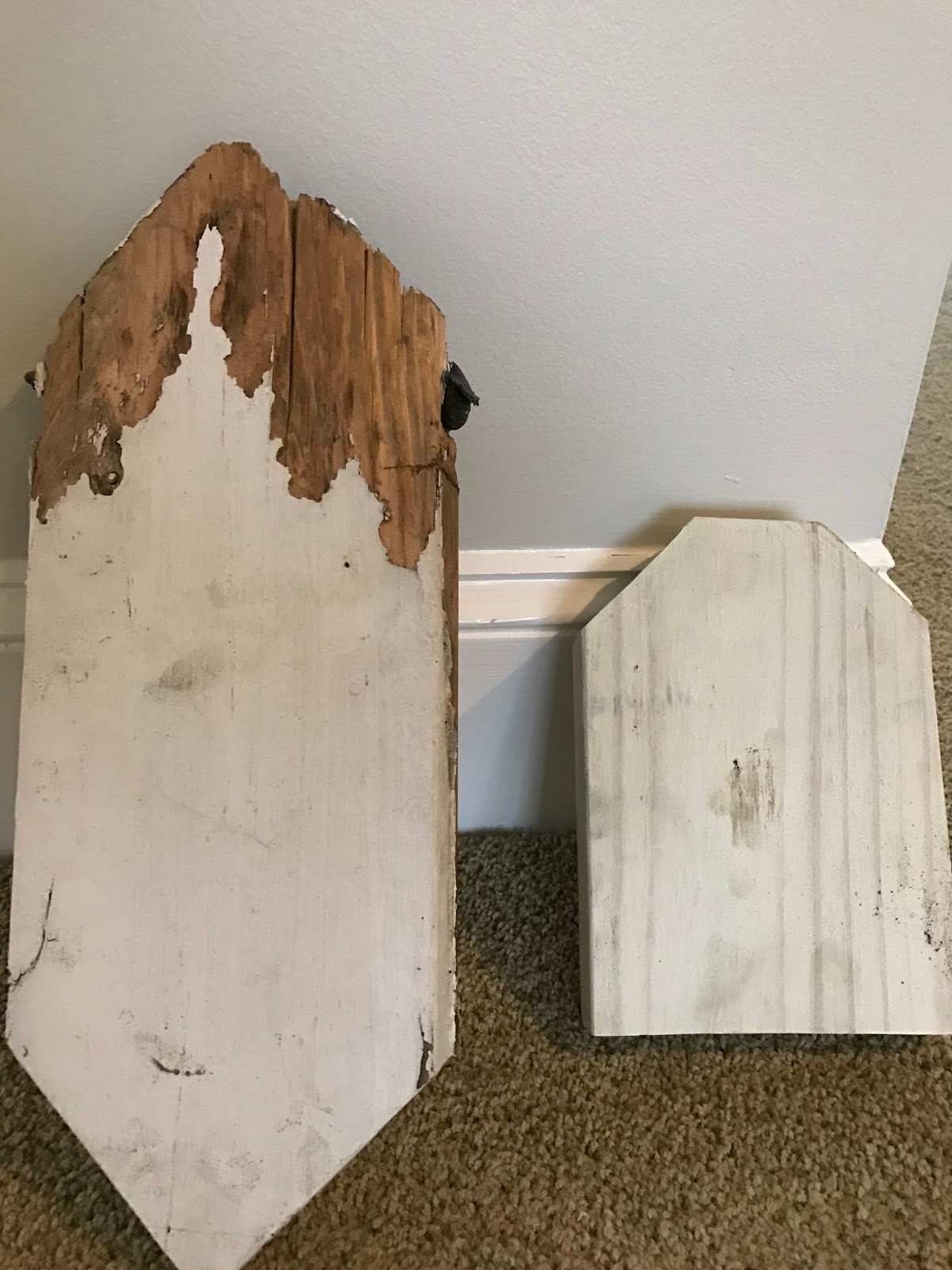 Next we had to replace the rotting diamond gables at the peaks of the roof which were letting water leak in. Our contractor recommended a new design shape which allowed a shingle to protect the top of the gable rather than exposing it to the elements and birds. You can see the new design below! 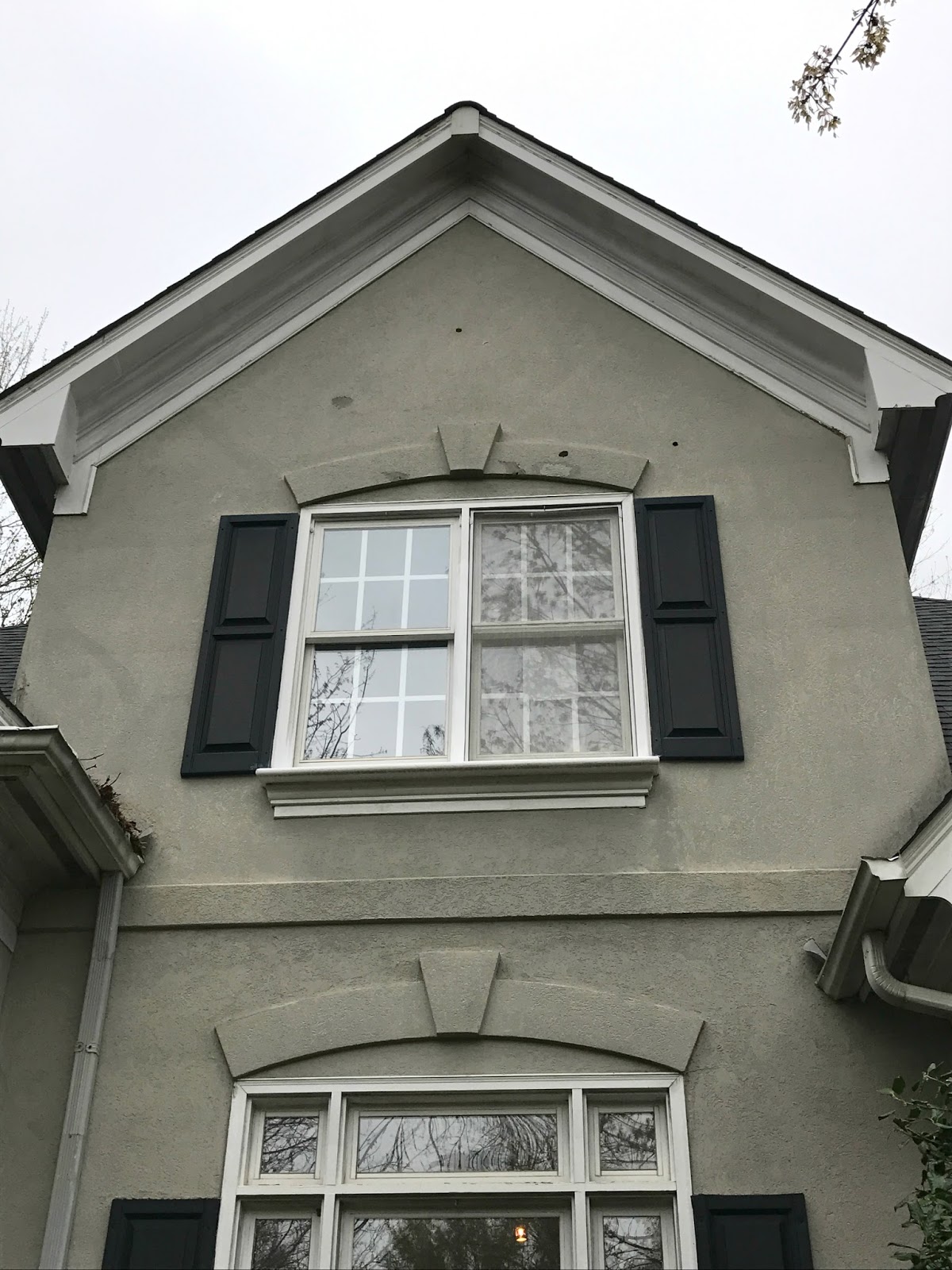 Next, we had the house painted! Over the years you could see the many stucco repair patches that were repainted in a wide variety of grey paint all over the house. Birds love to build their nests in stucco. Our house was pretty much a bird resort when we moved in — holes everywhere as you can see in the picture above. Painting was definitely not urgent but we knew if we didn’t do it right away we probably never would. And I can honestly say I am SO happy we painted! 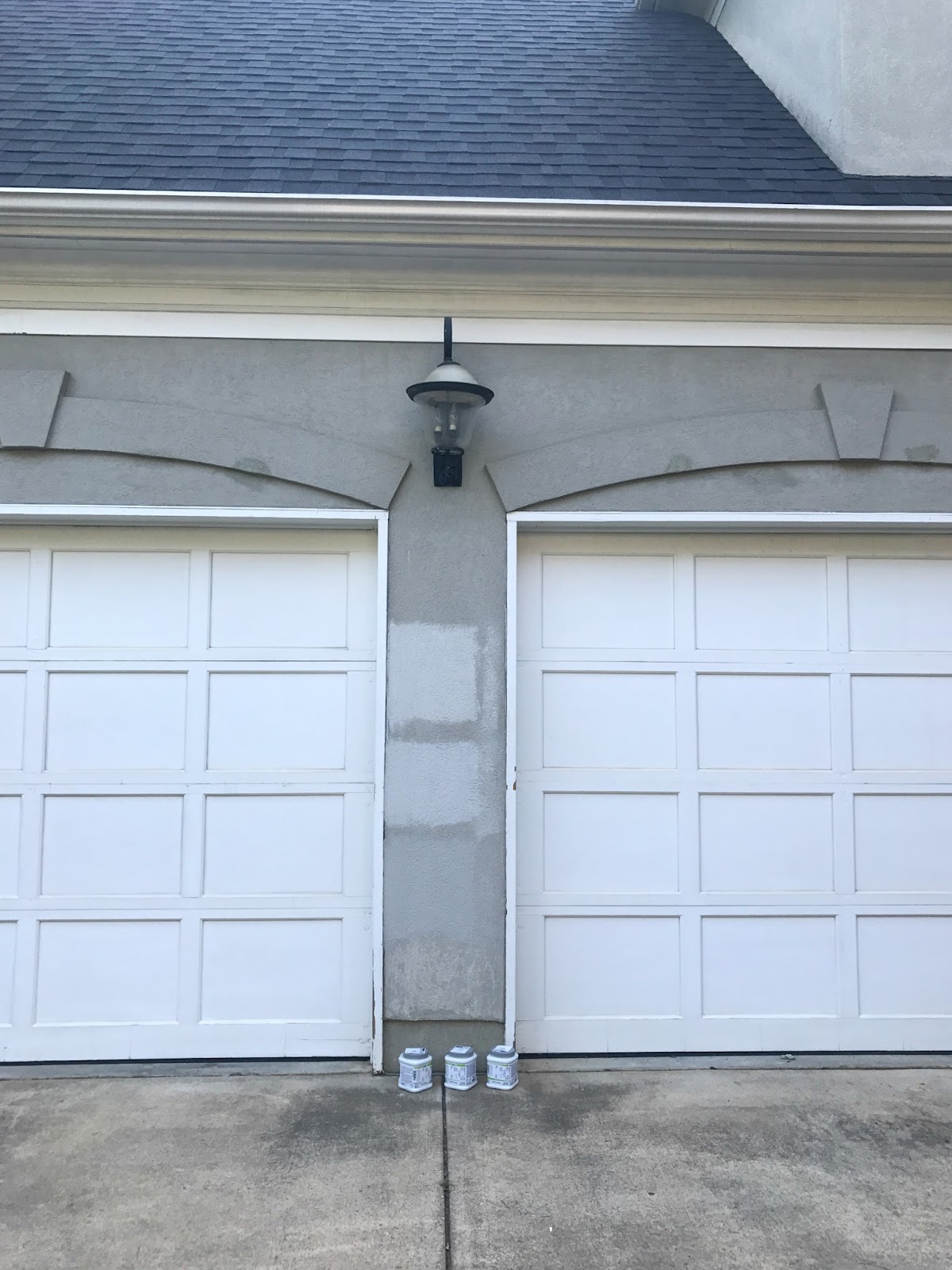 I can’t tell you how much we agonized over grey paint colors. We started with three colors (from top to bottom): Dorian Grey, Repose Grey, Agreeable Grey. After a few days we ended up nixing the middle color because it looked a bit too silvery instead of a true grey. Then we asked our painter to paint the final two swatches on the front of the house so we could see them next to a window. We ended up choosing the top color — Dorian Grey. 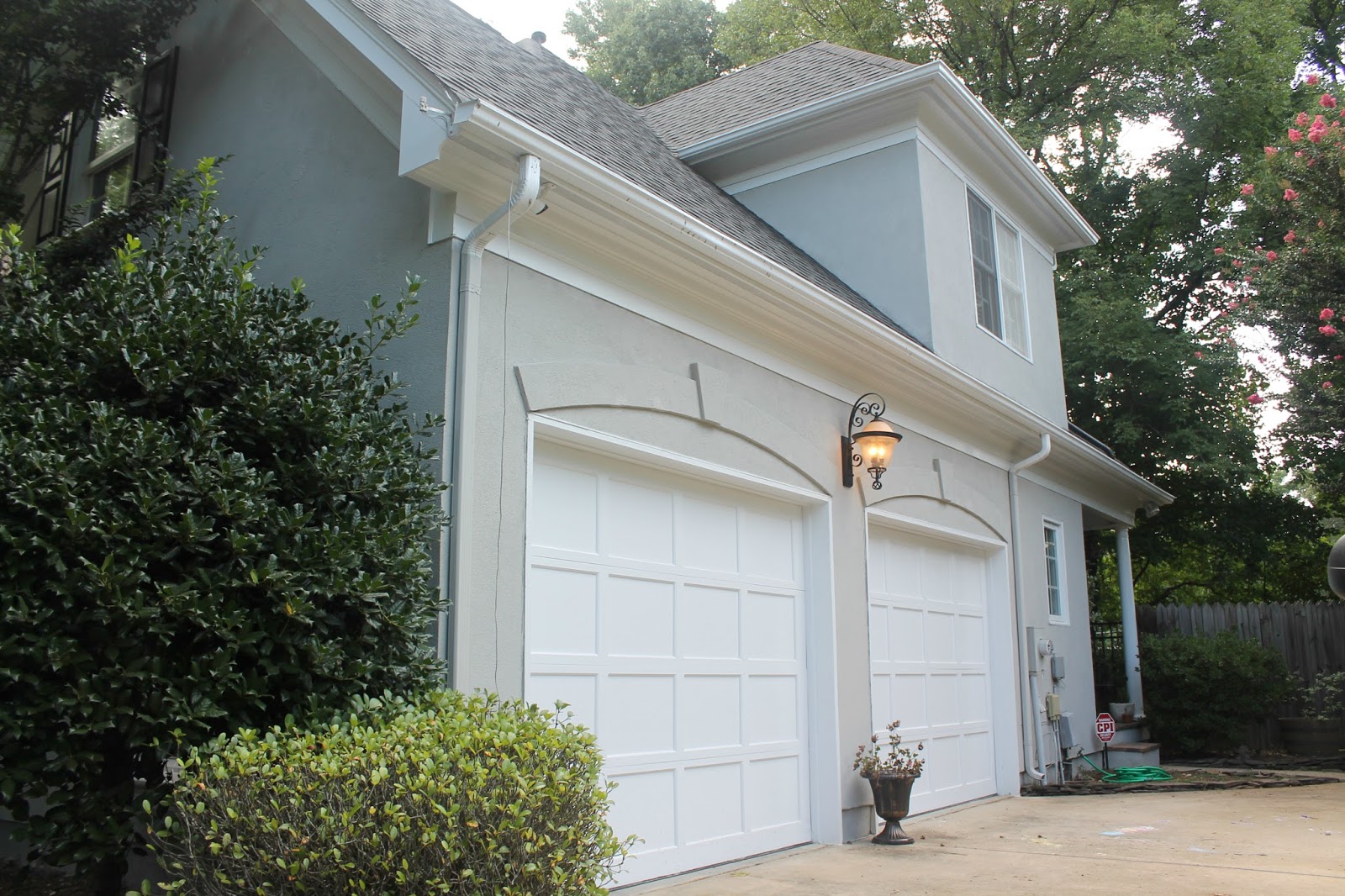 The new paint job made a tremendous difference in the house exterior!! The color is a lot lighter than the original house color which is one reason I loved it so much. I was also told by a few readers that lighter colors age better over time. 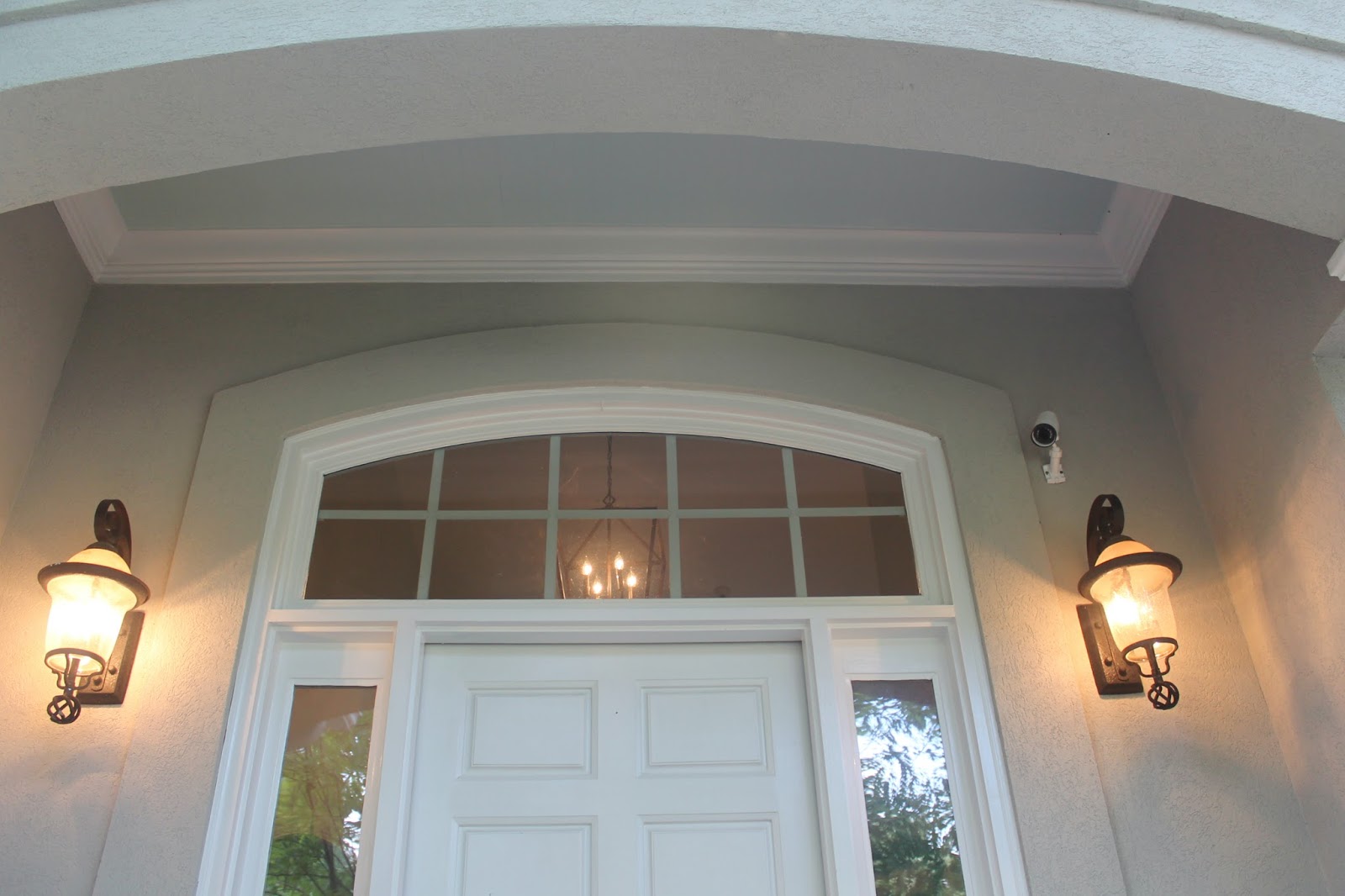 The last paint project was painting the front and side porch ceilings haint blue. Blue porch ceilings are a tradition in the South and Matt fell in love with them when he lived in Charleston. It is said that back in the day haint blue kept evil spirits from entering the home. And also, they keep birds from nesting in the porch and certain bugs away.

Anyway, I had spent many days carrying around various blue paint swatches in my purse but then came home from work one day and the painter had already painted the ceilings blue. Sooo I guess he decided for us and went with Palladian Blue, which was not among my top 3 blue contenders but I rolled with it. The side porch ceiling is my favorite. We had an electrician over recently and on his way in to the house he commented that our (broken) porch fan was actually an interior fan, which explained all of the corrosion. He recommended that we replace it which was music to my ears! 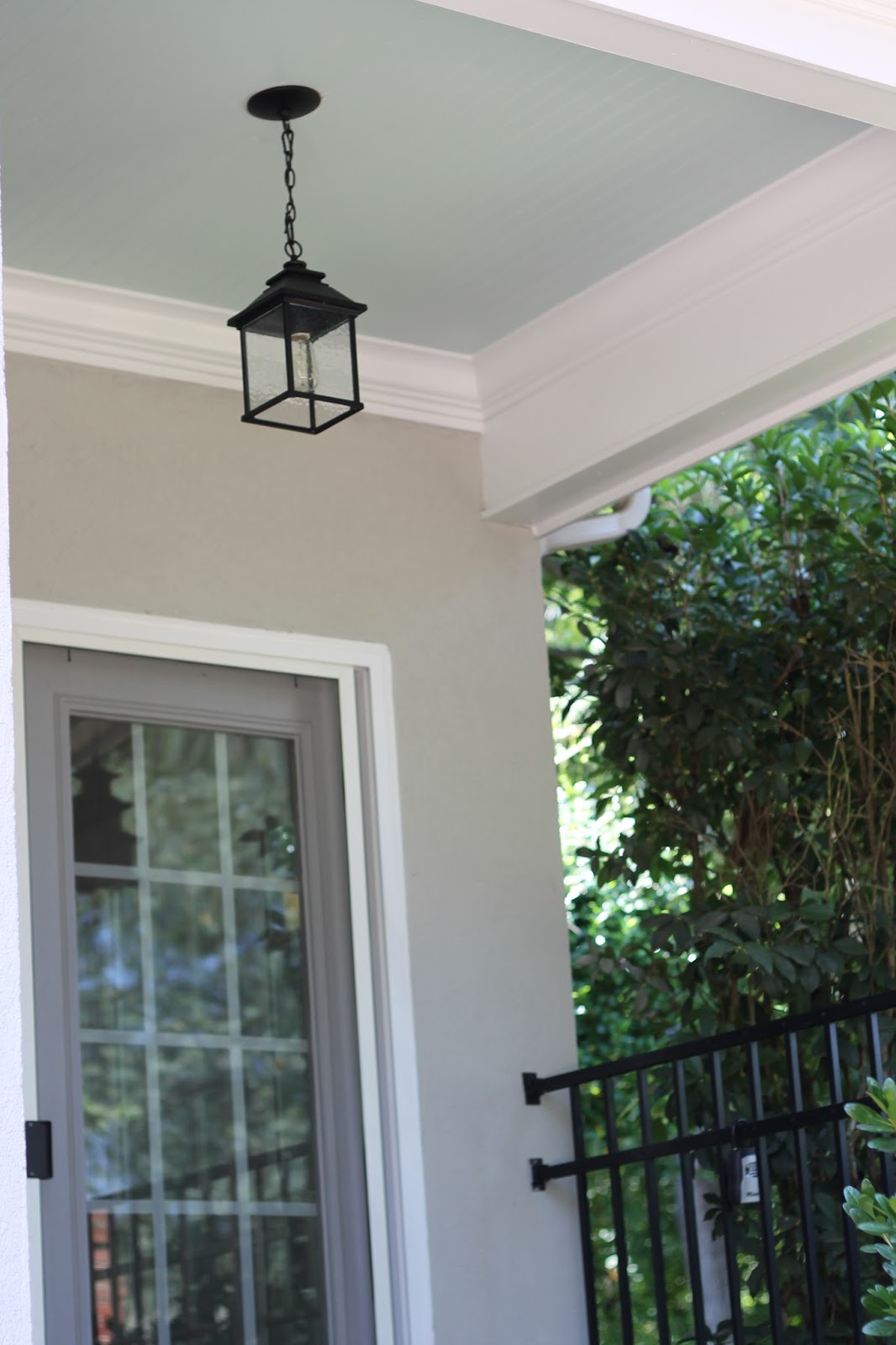 So I first purchased the prettiest outdoor lantern for less than $100 and Matt went outside of his comfort zone to install it himself! So impressed. But then, as we stood back to admire the newly hung lantern I debated whether or not to tell Matt I thought it was too small. After all, he had just spent hours working on it and was feeling very accomplished. So I let it marinate for a bit before casually asking him if he thought the light was too small for the space. To my surprise, he said yes and offered to swap it out if I quickly purchased a much larger, gorgeous outdoor lantern on major Labor Day sale from Ballard and Matt installed it (with minimal complaints)! 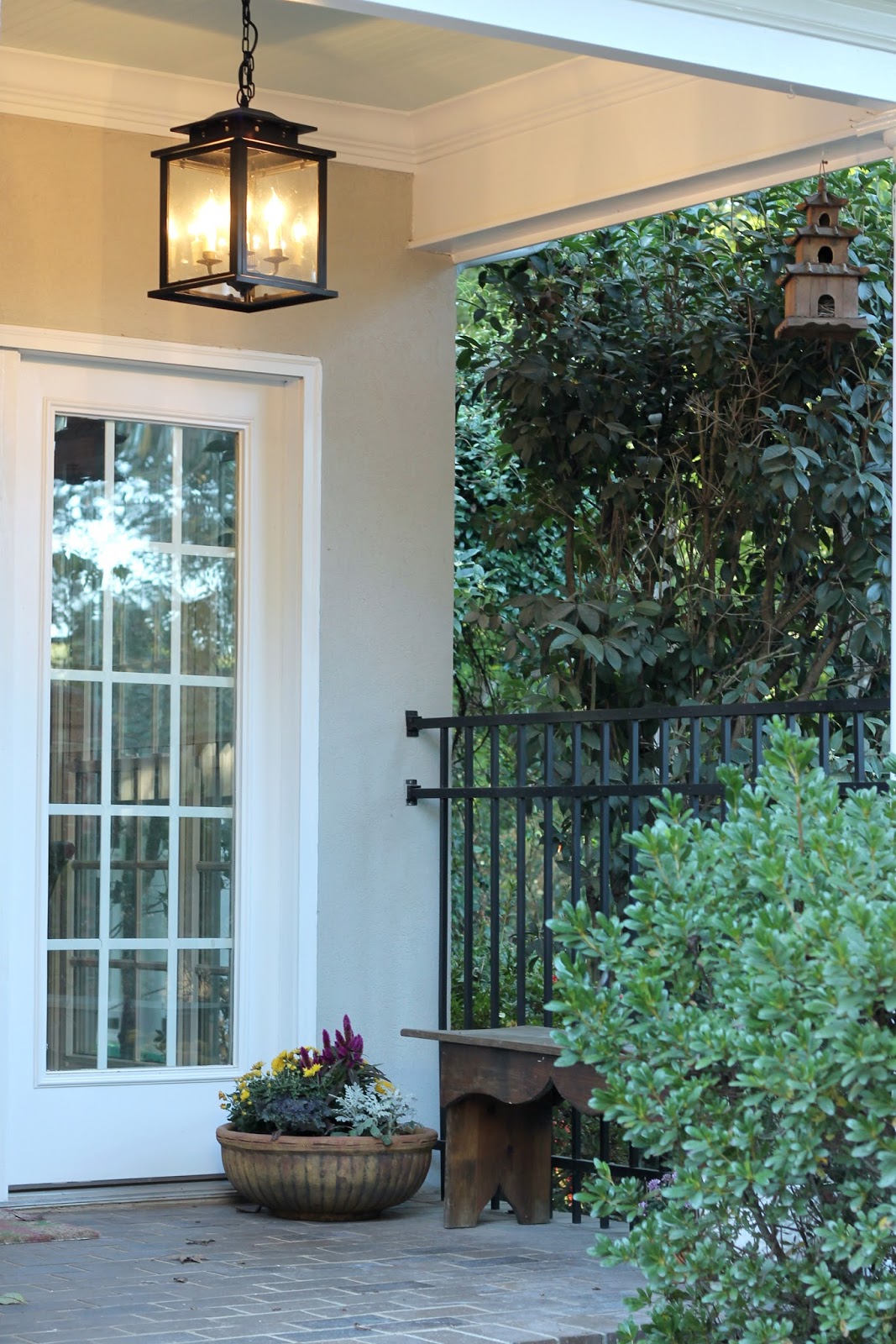 I am truly in love with this new lantern and it fits our space perfectly! 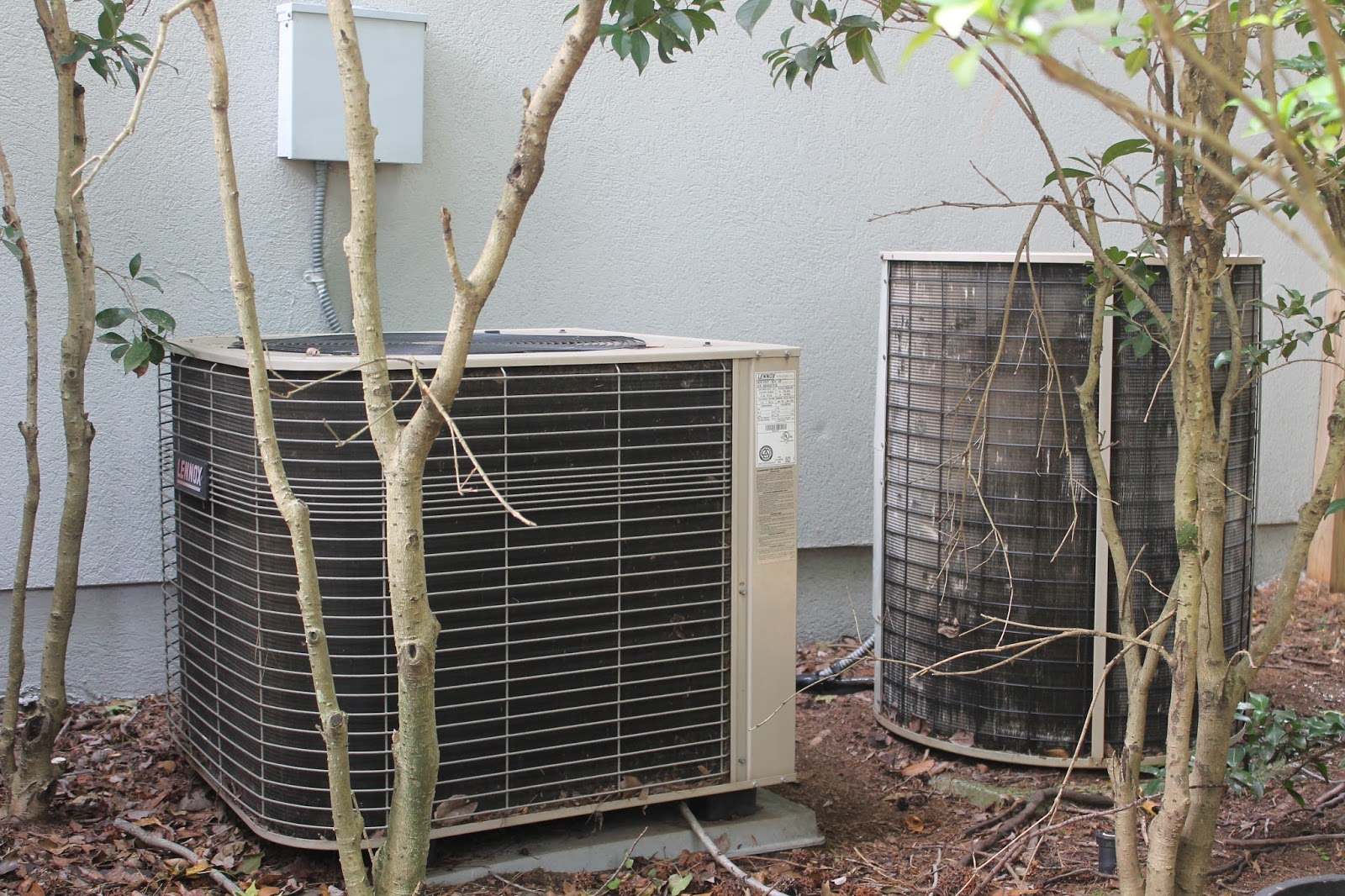 The last project was replacing not one but two A/C systems (including both furnaces) in our home. As painful of an expense as it is, we weren’t exactly surprised. Poor timing? Yes, absolutely. But surprised? Well, no. We’d been told during inspection that both of our units were original to the house (so 24+ years old) and were on the fritz. So we loaded both units up with freon and crossed our fingers in hopes we could make it until the end of the year. Turns out we made it a few months…(sigh). 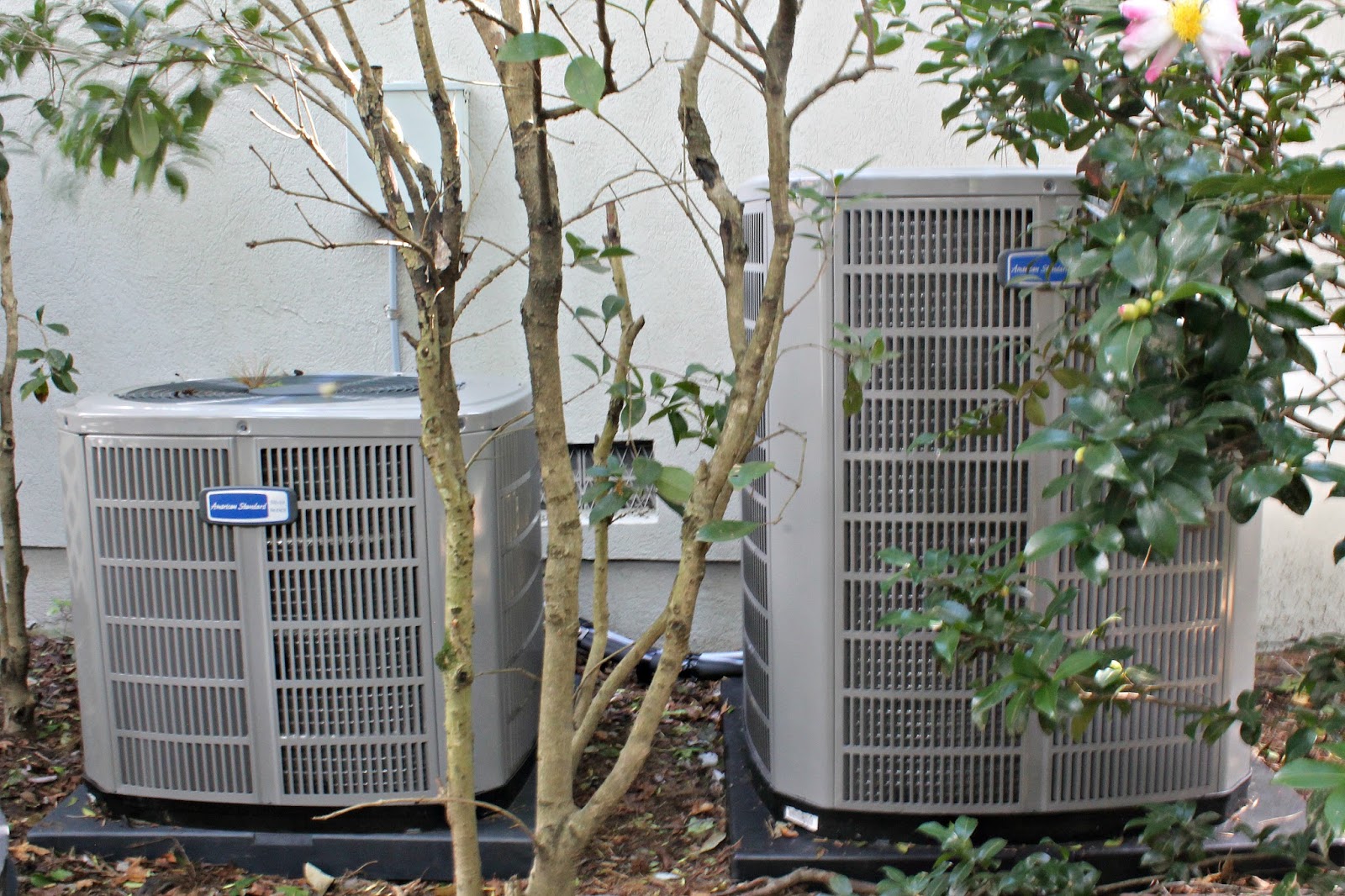 Of course the unit went out while we were out of town so I quickly texted my CLT friends and polled a local Facebook group to find out who the heck to call and received an overwhelming number of recommendations for AirWorks. That same day the owner personally came straight over to my house to top off our units with freon to get our thermostat below 86 degrees and tide us over for a few more days until the new units arrived. Oh, and he did that free of charge! A few days later the crew arrived and installed our new systems. They were so polite, knowledgeable and  helped us apply for rebates through our power and gas companies! So Charlotte readers, I hope you never need to replace your A/C units, but if you do, I cannot recommend AirWorks enough! 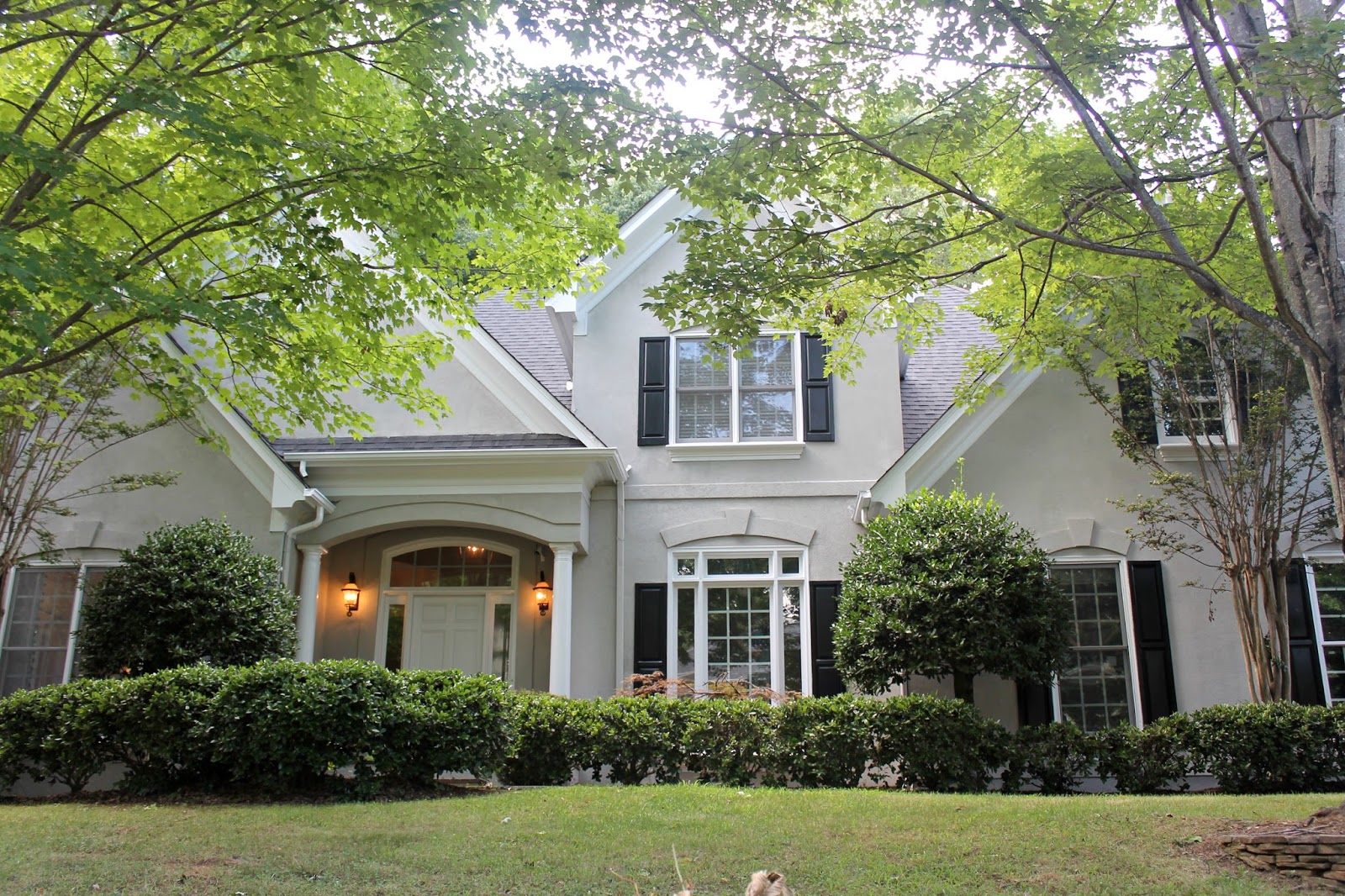 And that’s a wrap on exterior projects (so far)! 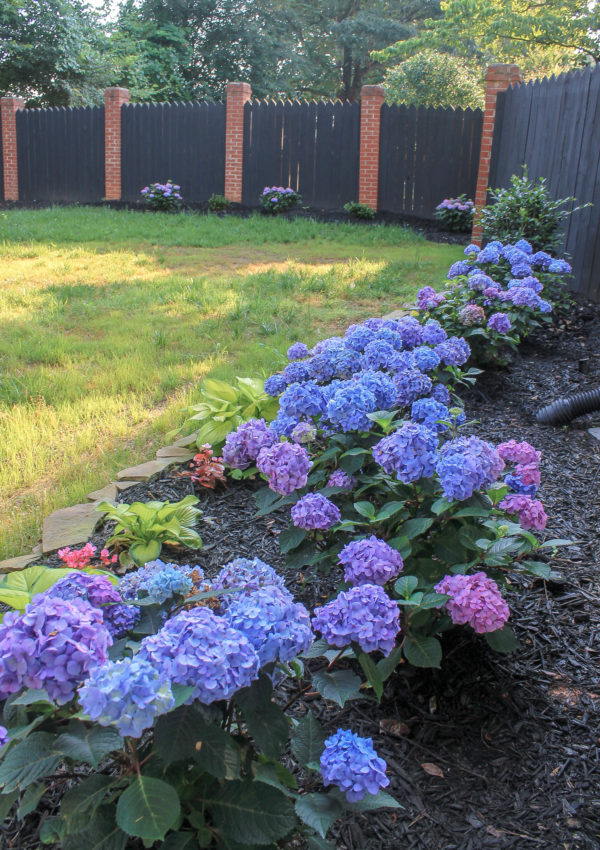 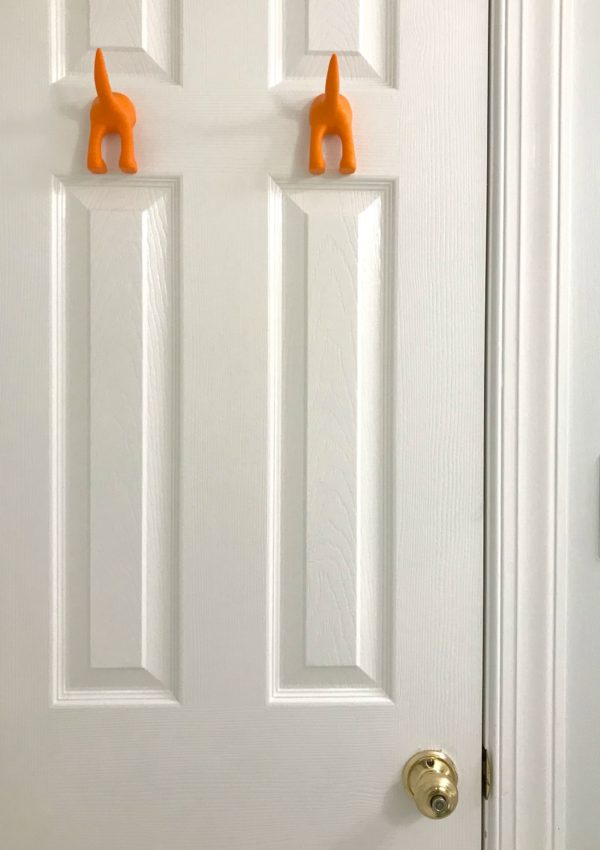