In all honesty, these past 10 months have been rather rough on our fur baby as he’s had a hard time adjusting to having a human sister and sharing our attention. Don’t get me wrong, he is sweet to Caroline and we are very thankful that he’s also very protective, but he really doesn’t love her yet like we’d hoped. In fact, I think she kind of scares him. These days she comes barreling down the hallway after his furry tail and it freaks him out. He loves her most when she’s sleeping.

Saturday afternoon we put the baby down for a nap and surprised Charlie with his favorite peanut butter birthday cake from Canine Cafe. His excitement was uncontainable and he ate his 4 inch cake in one large bite while we unsuccessfully chased him around trying to remove the doily from the bottom of it. Good times. 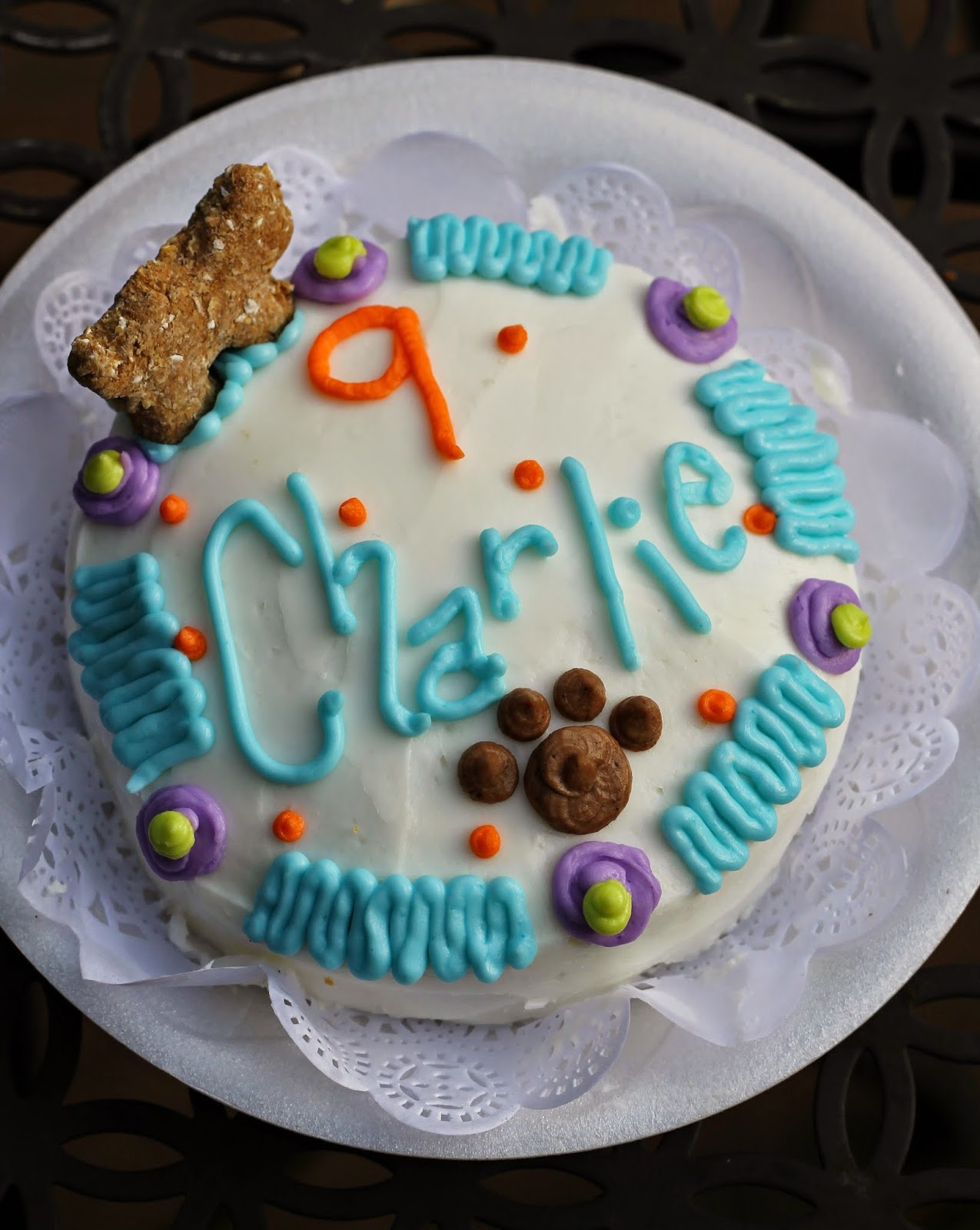 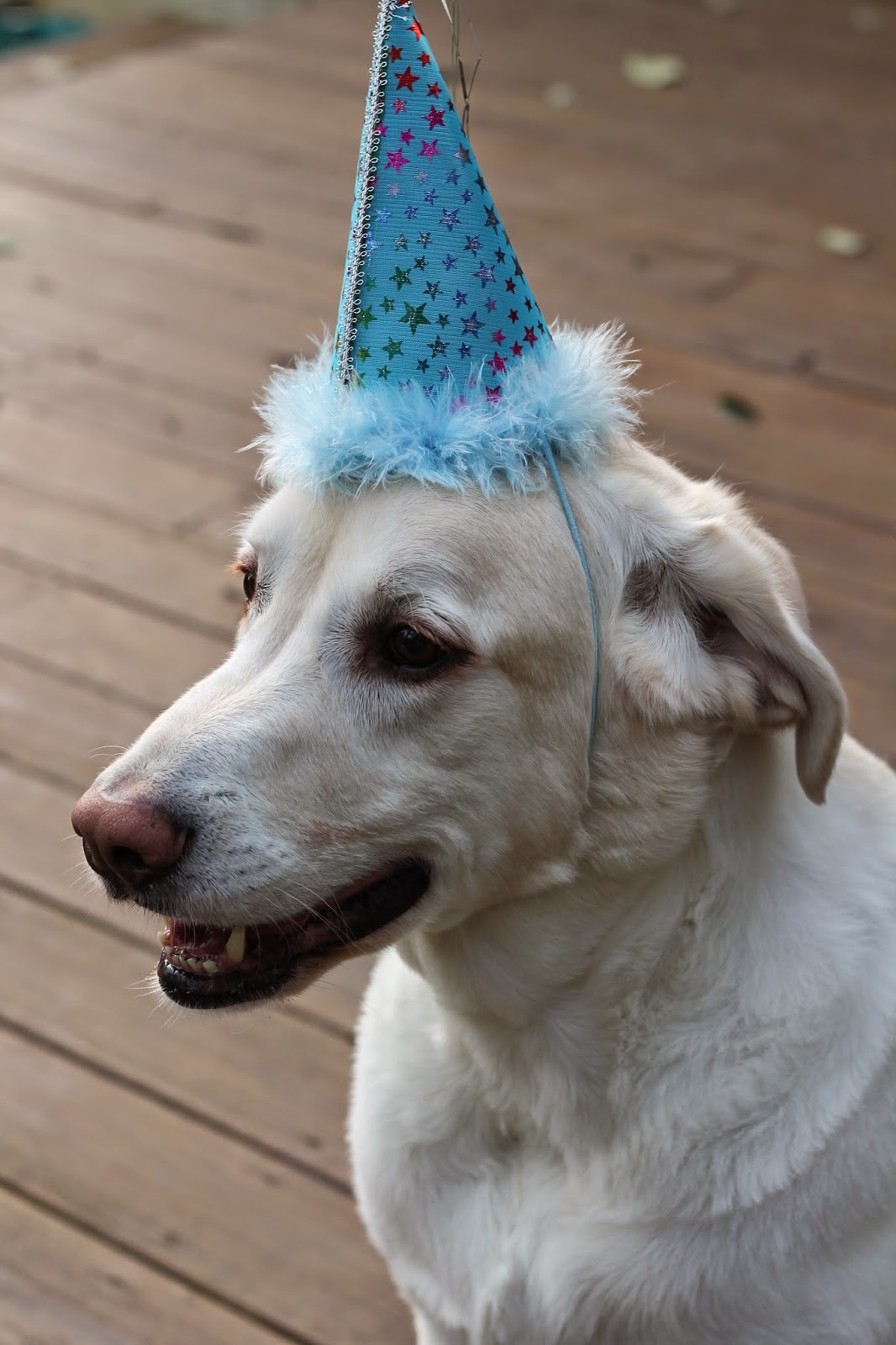 A few of my favorite photos of our furry boy.. 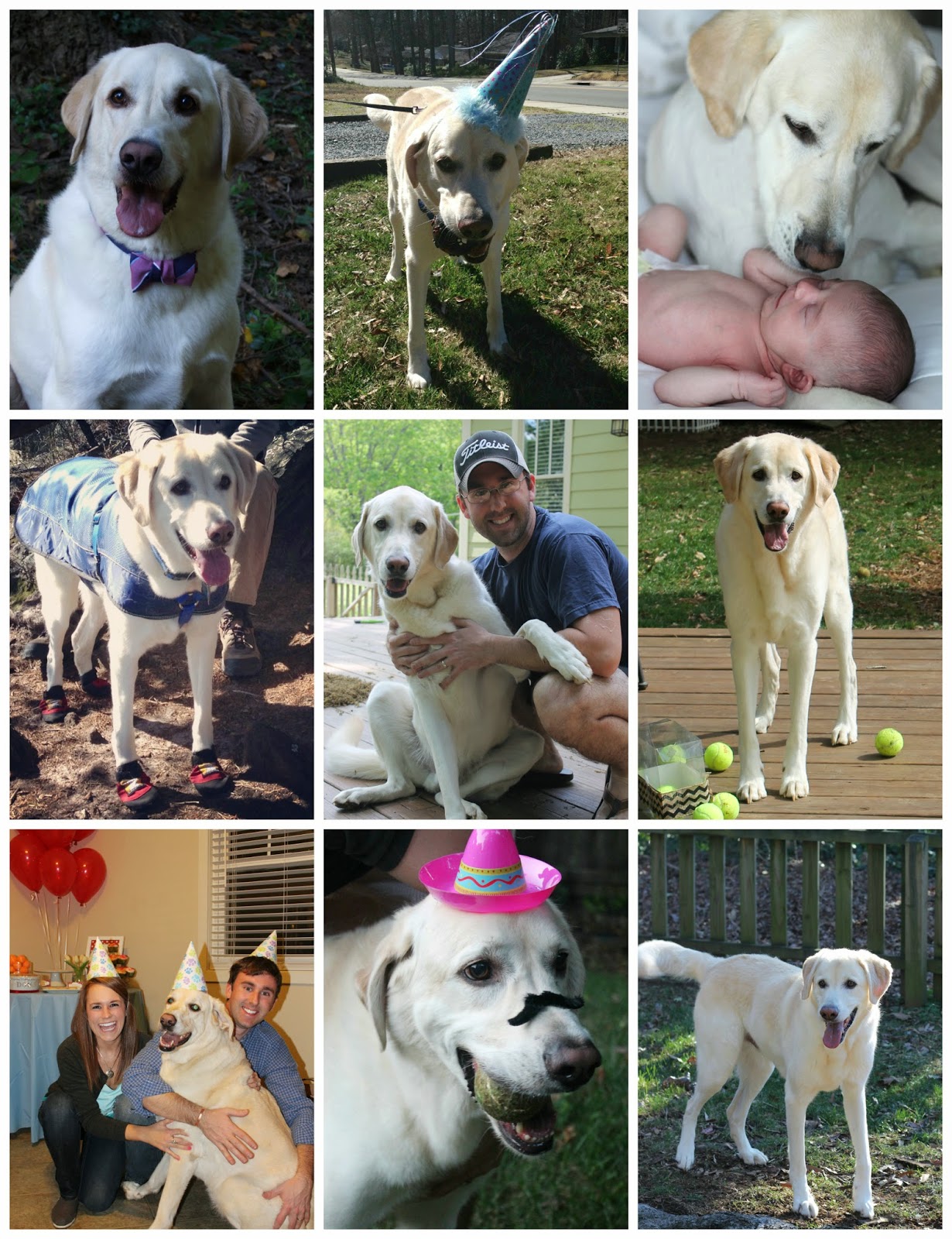