No seriously, ever. In fact, Matt and I both agreed this carrot cake wins top 3 cakes I’ve ever made. If you don’t believe me, come over and I’ll bake you one. I bet you won’t even be able to decide which is better – the freshly baked, super moist carrot cake or the whipped cinnamon cream cheese frosting. 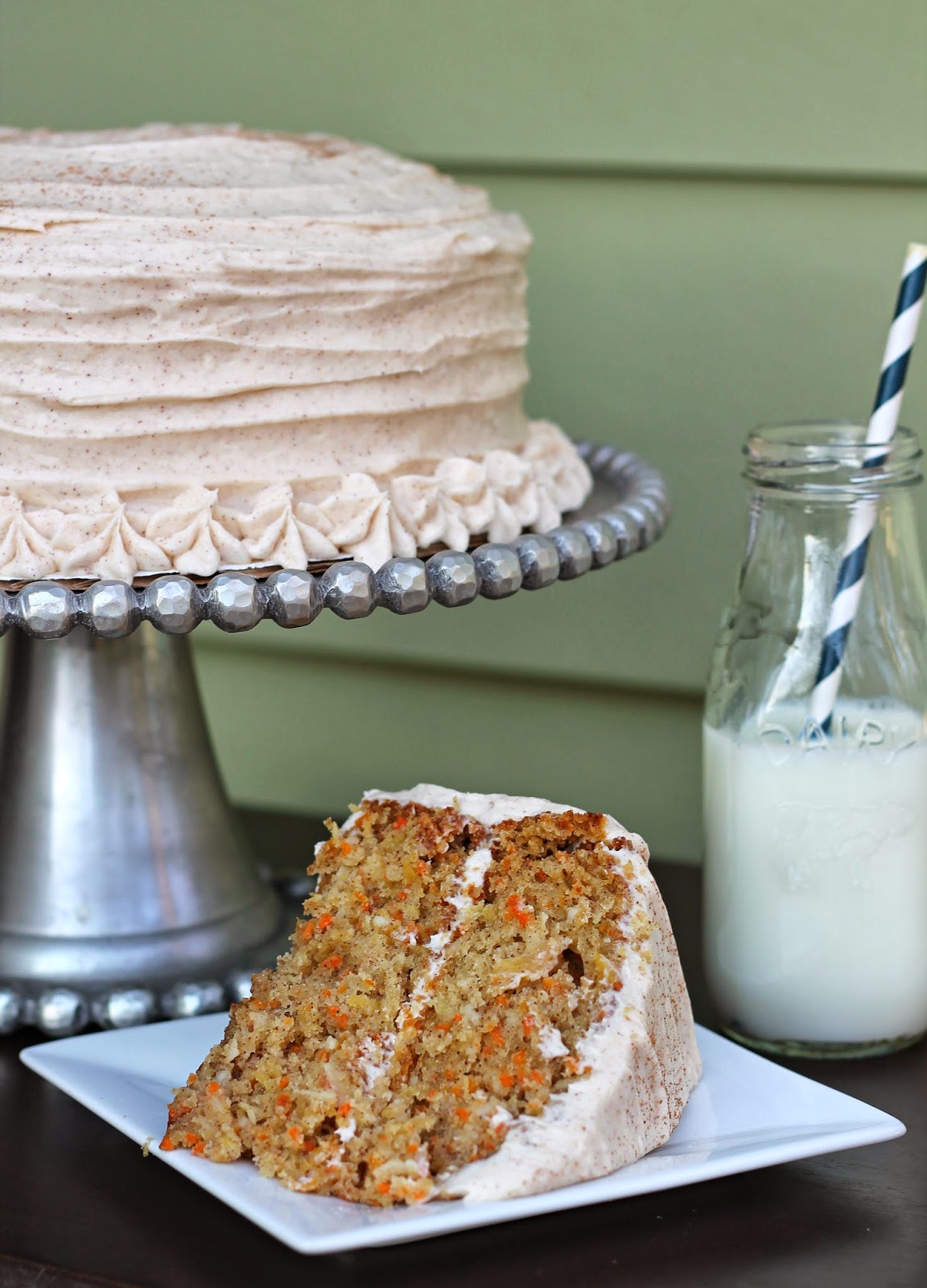 And there is over 3 cups of freshly grated carrots in this cake…so it makes it healthy too. 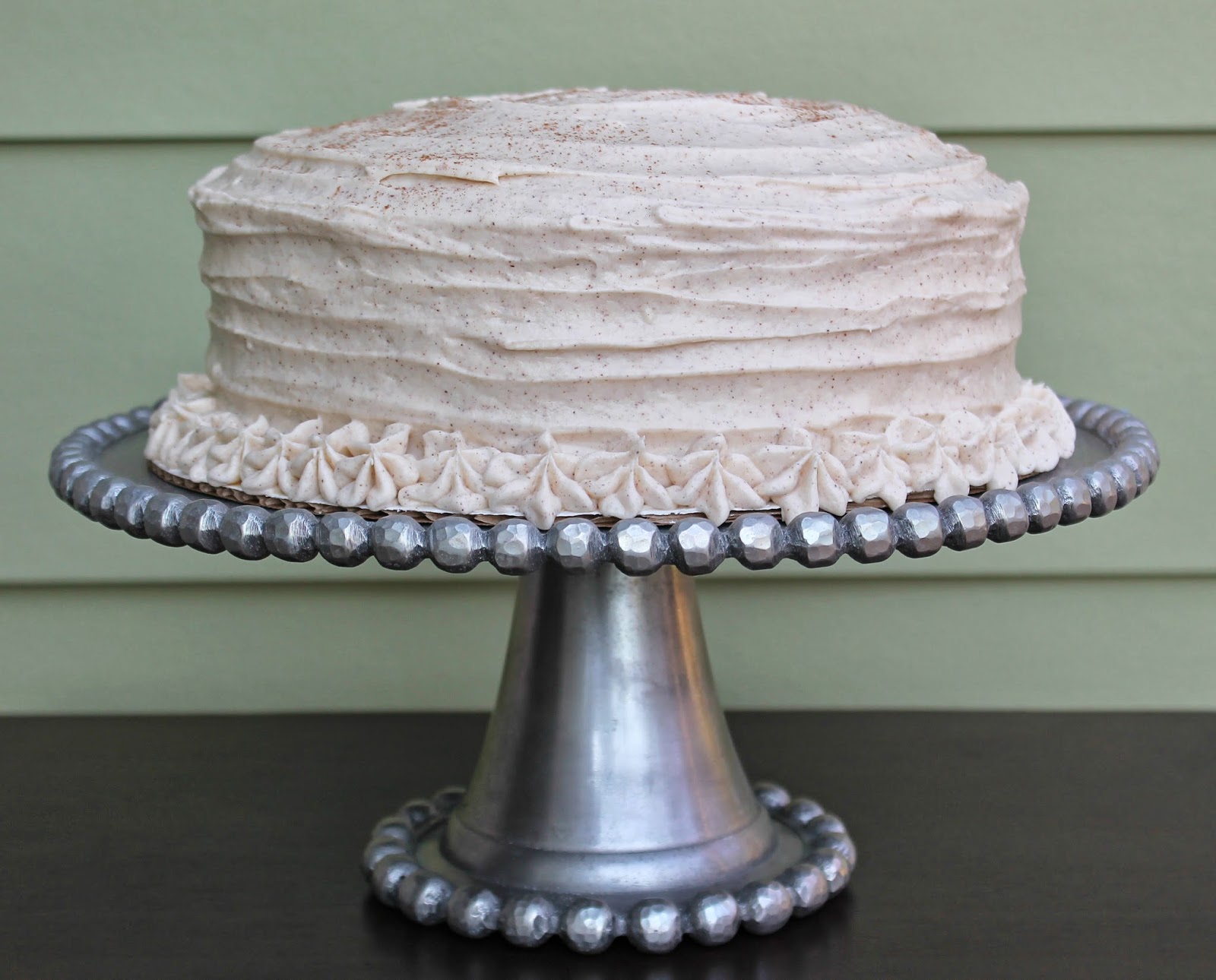 Just look at her. Almost too beautiful to eat. Almost. 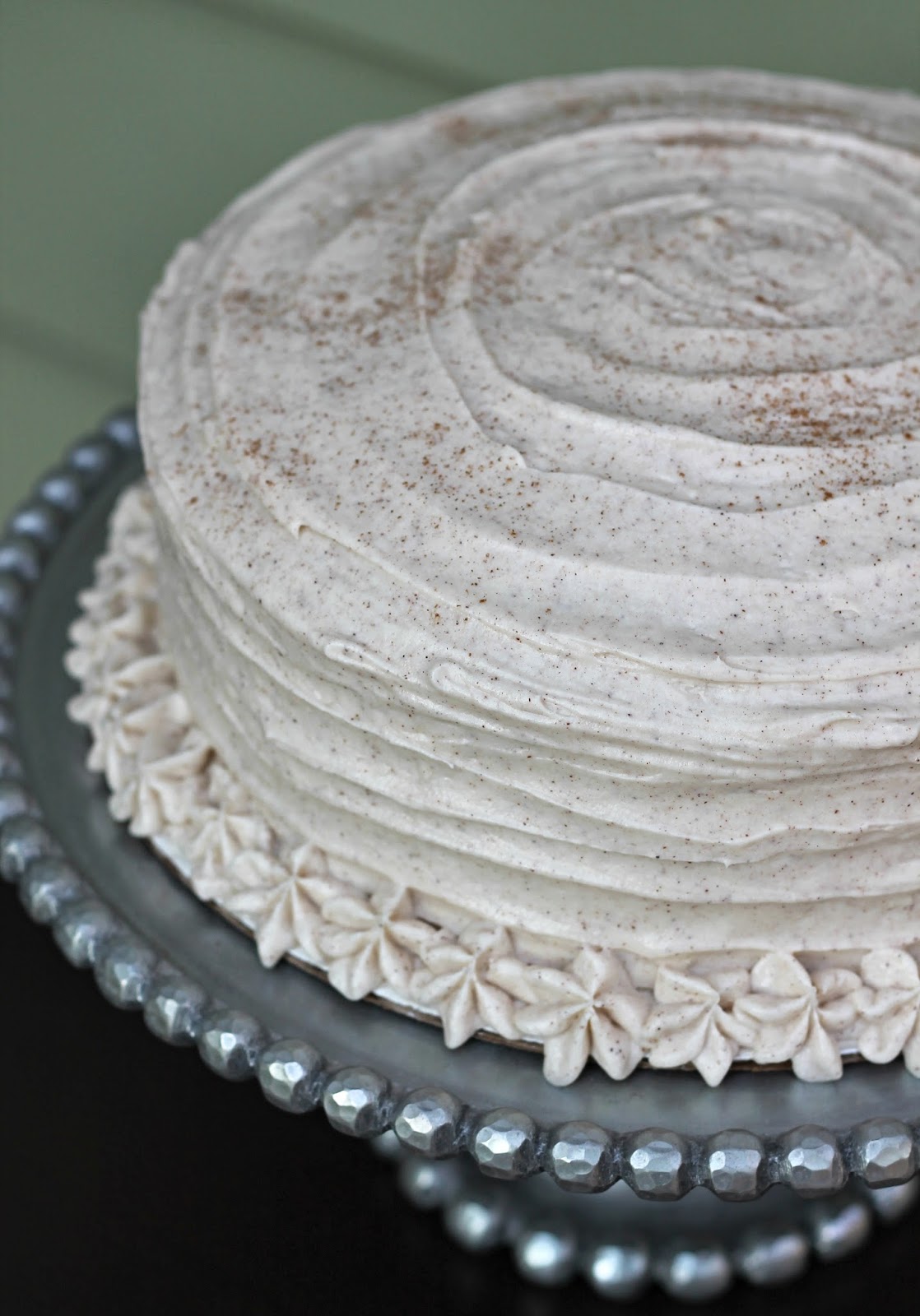 Preheat oven to 300º F. Grease and flour two 8 inch pans, and line with parchment paper {tutorial here}. In a medium bowl, sift together flour, cinnamon, baking powder, baking soda, and salt. Whisk together the oil, sugar, and eggs until smooth in a stand mixer. Slowly stir in dry ingredients until well combined. Add carrots, pineapple, coconut, pecans and raisins {if using}. Divide evenly between pans. Bake for 35-45 minutes or until toothpick comes out clean. Let cool in pan for 20 minutes. Invert onto cooling rack and chill in refrigerator for a couple hours, or cover with plastic wrap and chill overnight.

In a stand mixer, whip the cream cheese and butter until combined. Add extract, cinnamon, heavy cream and half the powdered sugar. Slowly continue to add the remaining powdered sugar until desired consistency.

Assembly:
Place your bottom cake layer on a cardboard round {to transport to a cake stand later} or directly on your cake stand. Using a piping bag, pipe a line of frosting along the rim of the cake and fill in with a thick layer of frosting. Add the top layer and spread a thin coat of frosting over the entire cake, creating a crumb coat. Refrigerate for 30 minutes to harden the icing, allowing for a smoother second coat. Using an angled spatula on the top and a straight palette knife on the sides, evenly spread the rest of the frosting over the entire cake. Move cake to plate or stand. To create the swirls, use the back of a spoon on slowly make circles around the cake {tutorial here}. Sprinkle with cinnamon and enjoy! 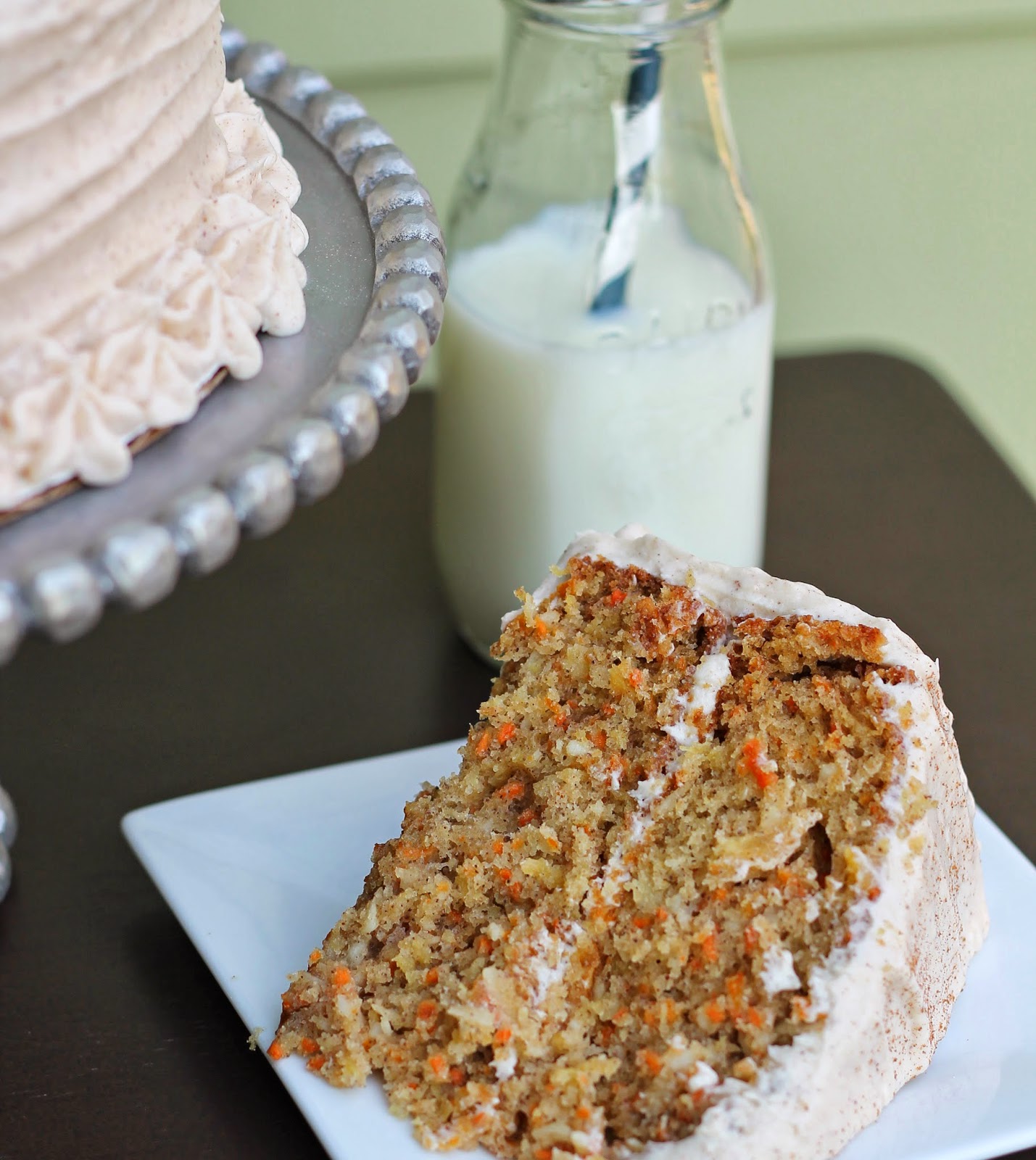 And there you have it…the best carrot cake ever!!! 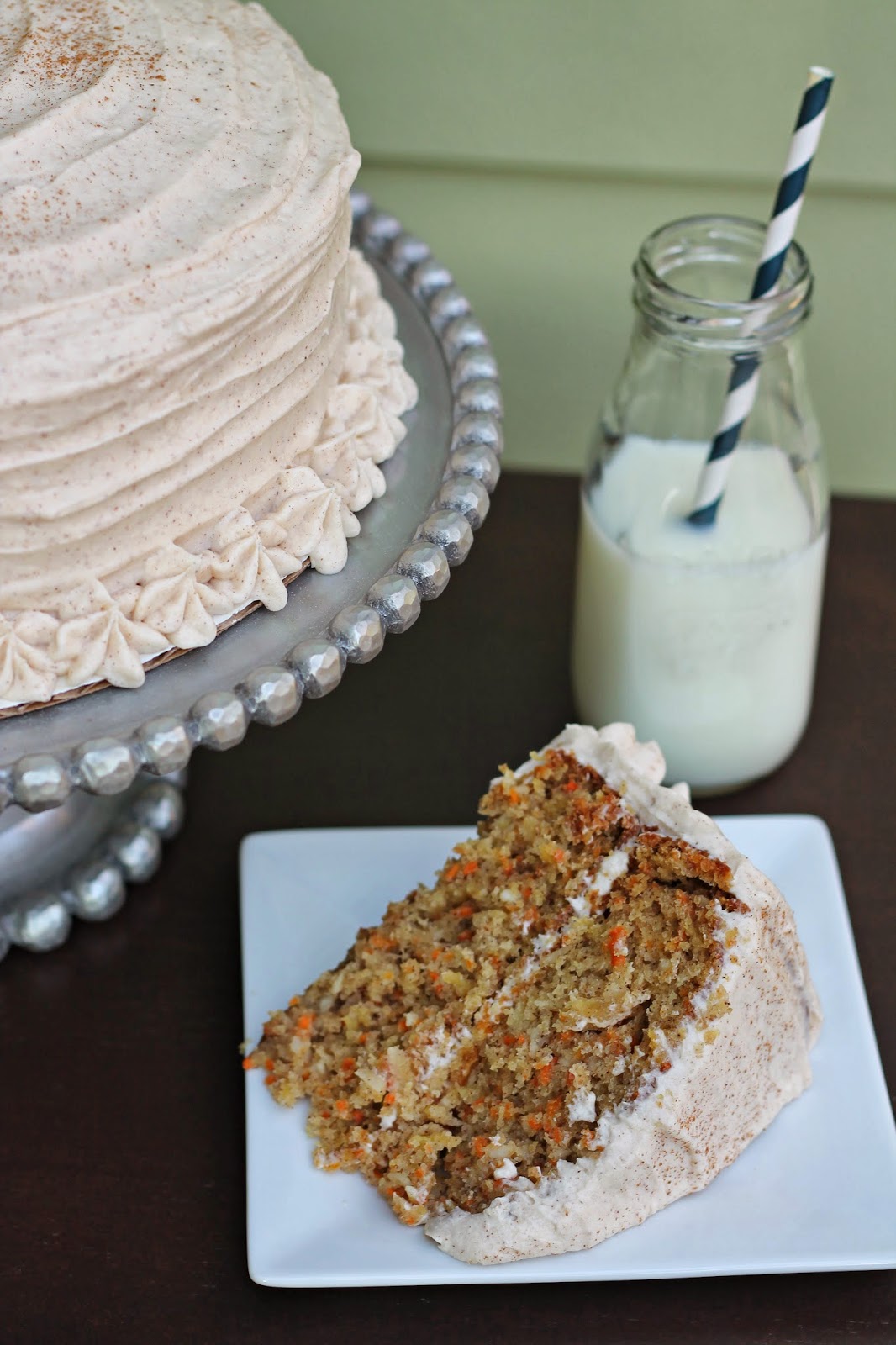 All the party details and hosting tips from our Mu

#CCWMW: What’s one thing you say no to for bette

the most perfect playground. . 📷: Caroline 📍