We had a pretty good Independence Day over here. We stayed home all day long which was a treat since we normally use non-working days to run errands and grocery shop. 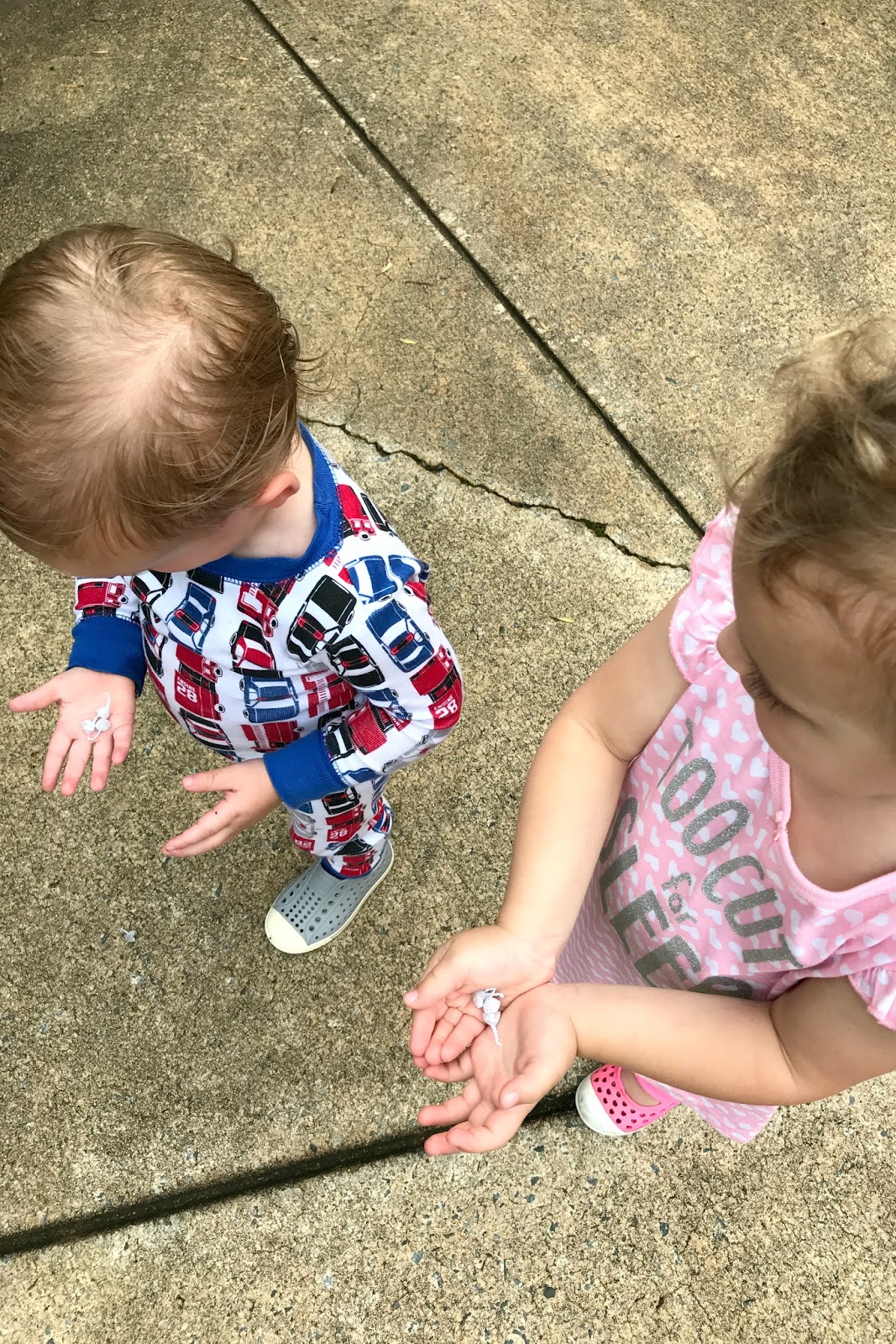 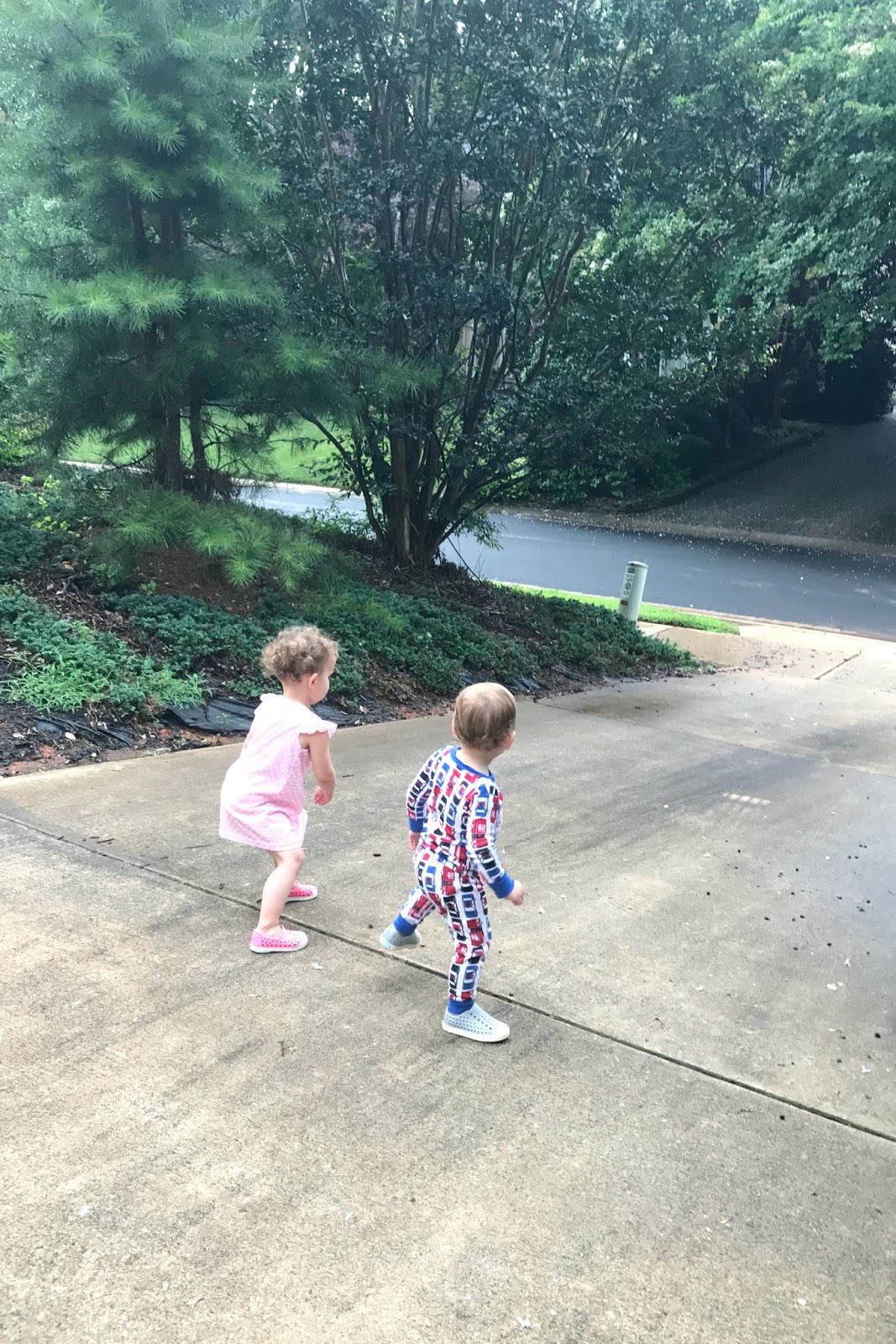 On Independence Day Eve we ripped open the daddy-approved fireworks and let the kids stay up late tossing pop-its all over the driveway. Matt and I about died from laughter when we overheard Caroline throwing her pop-its and screaming “Boom-Shaka-Laka!” I have no clue where she picked that up from but it was equally hilarious listening to Thomas try to mimic her. 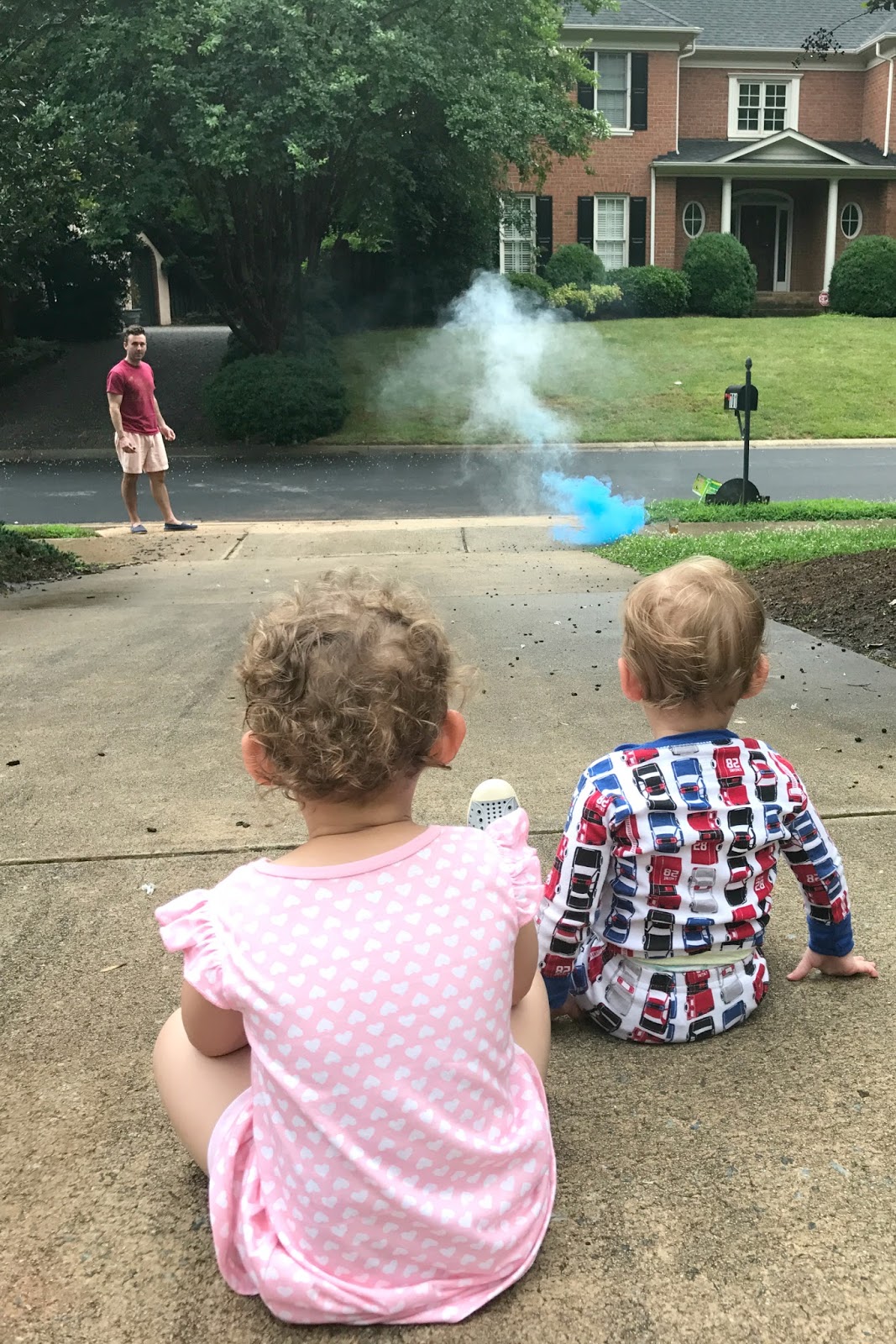 Daddy put on quite the smoke bomb show. If you know him in real life, ask him what happened when he started jumping through the smoke to entertain the kids — ALL the LOLs.

The next morning we were having a lovely start to the day. Daddy whipped up some Mickey Mouse waffles and I was scrambling some eggs when out of the corner of my eye I saw Caroline leap off the back of the couch. Her foot caught the couch and she landed head first onto the hardwoods. I thought we were going to the emergency room for sure…for Matt. Caroline was fine after a few episodes of Paw Patrol, some Tylenol and an ice pack but Matt was on the verge of a heart attack for about 3 hours afterwards. 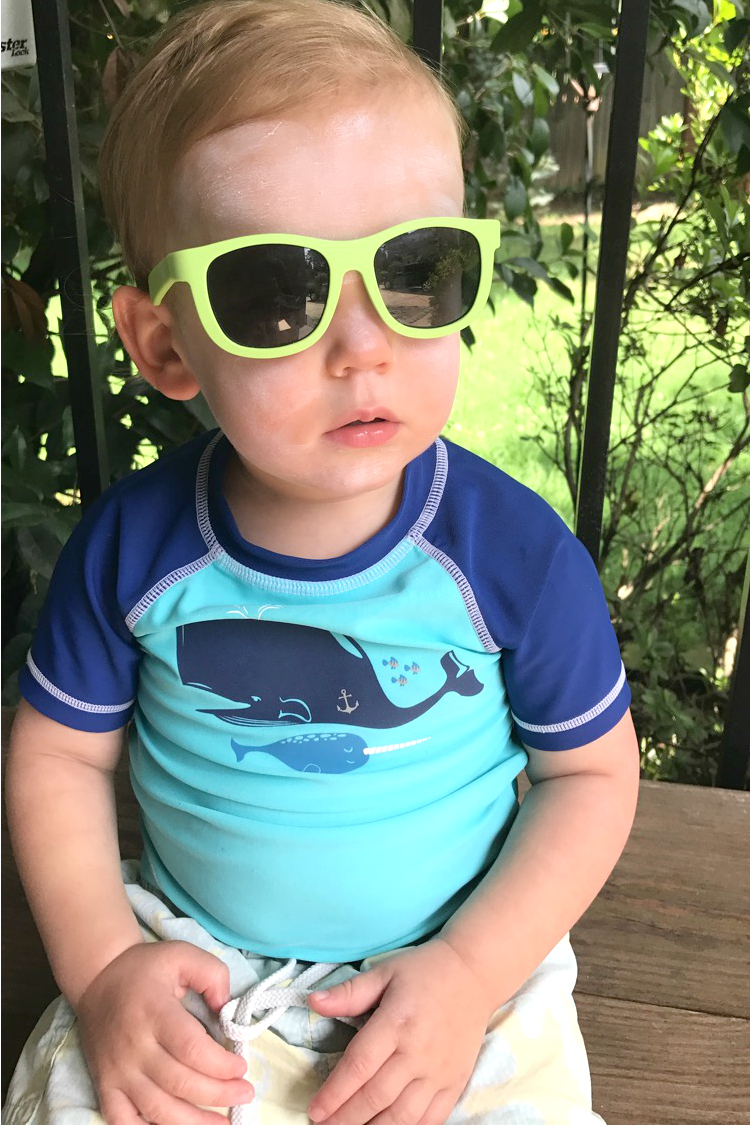 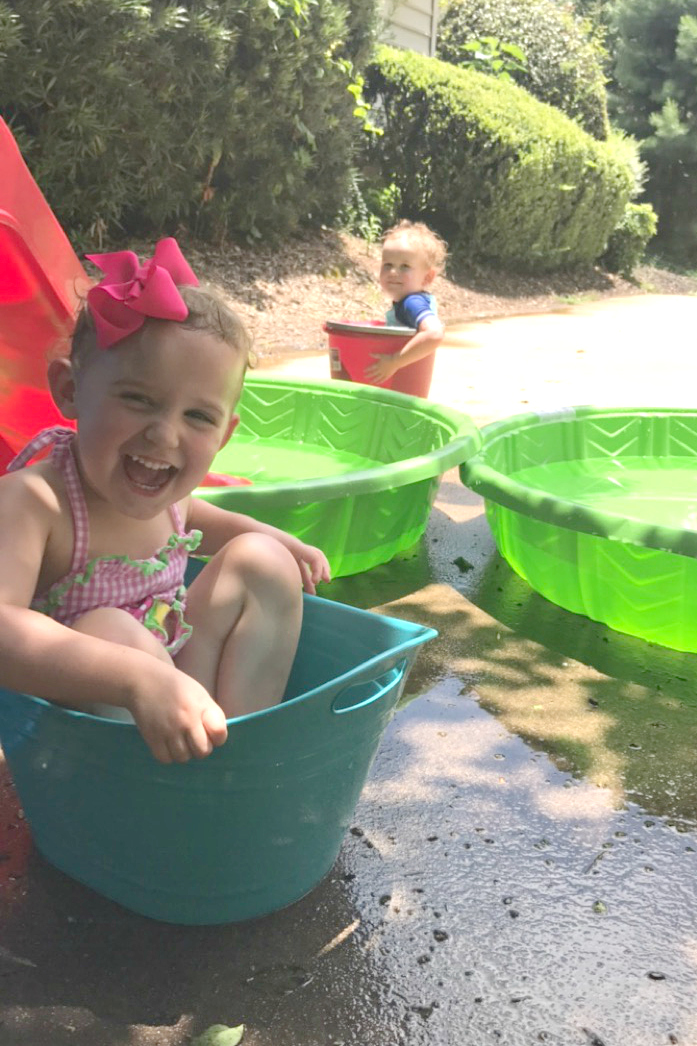 After over-lathering the kids in sunscreen we let them loose outside for the rest of the morning. 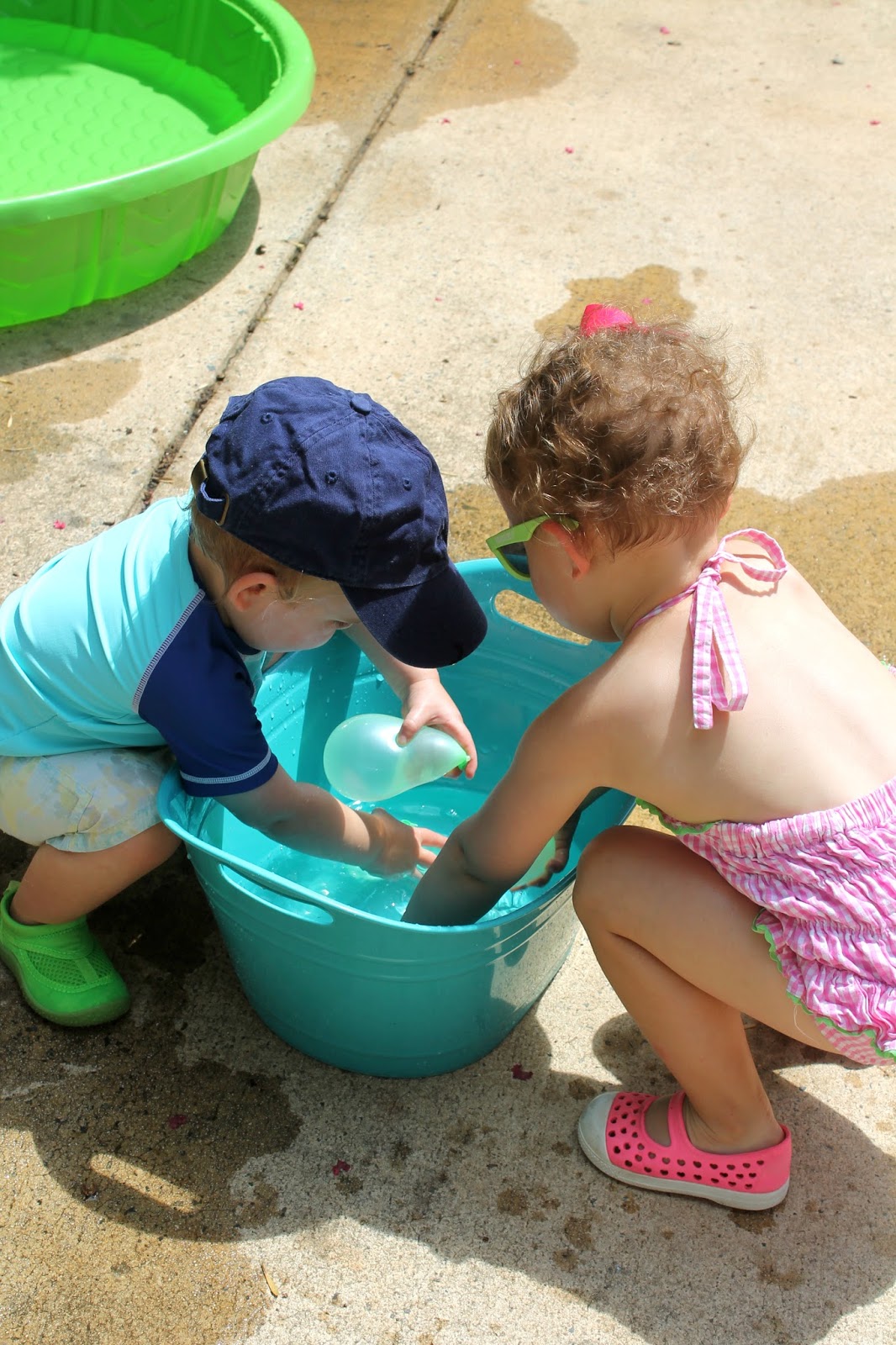 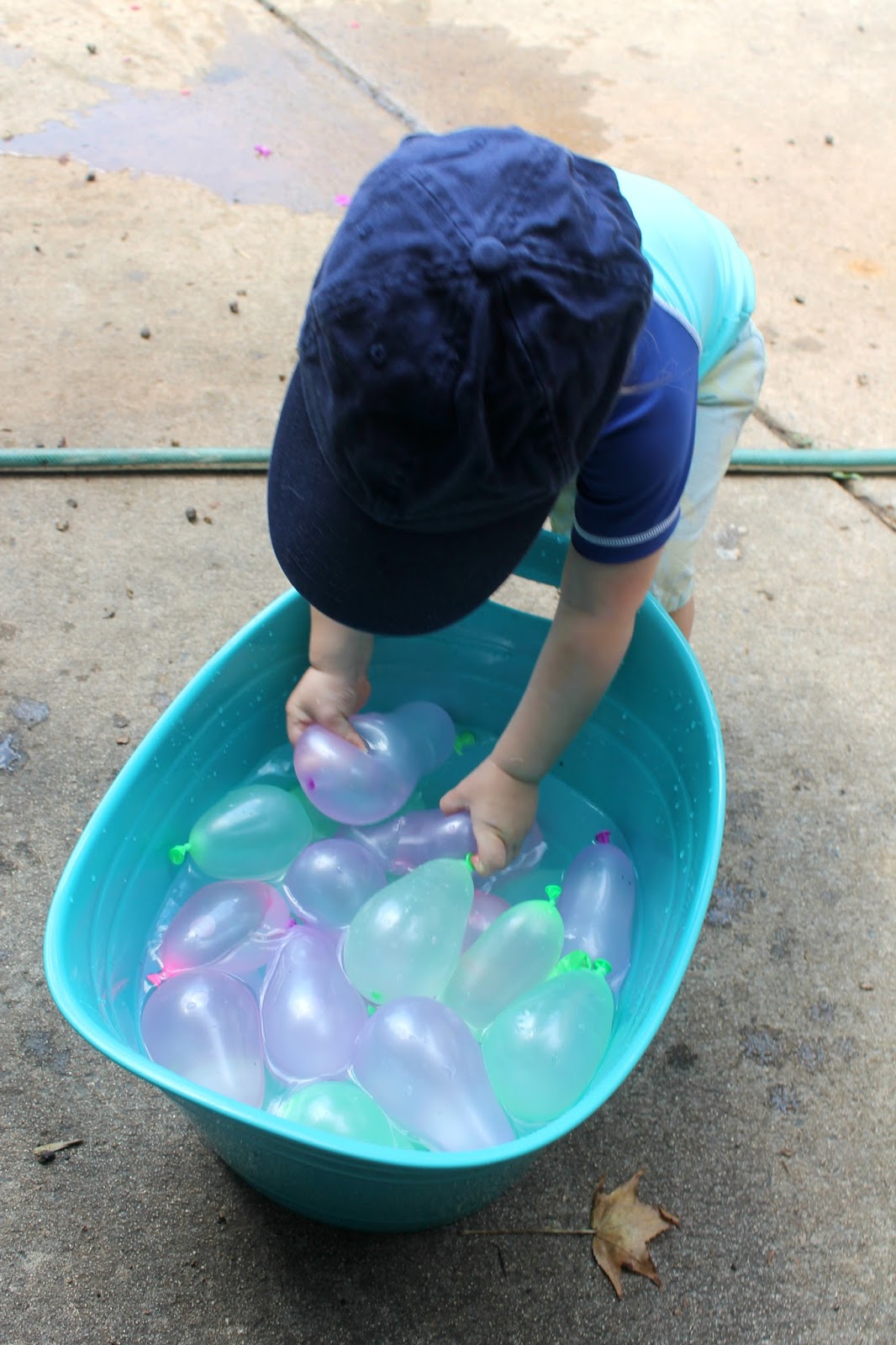 I am pretty sure my fingers are still numb from the 75 water balloons I filled that morning. 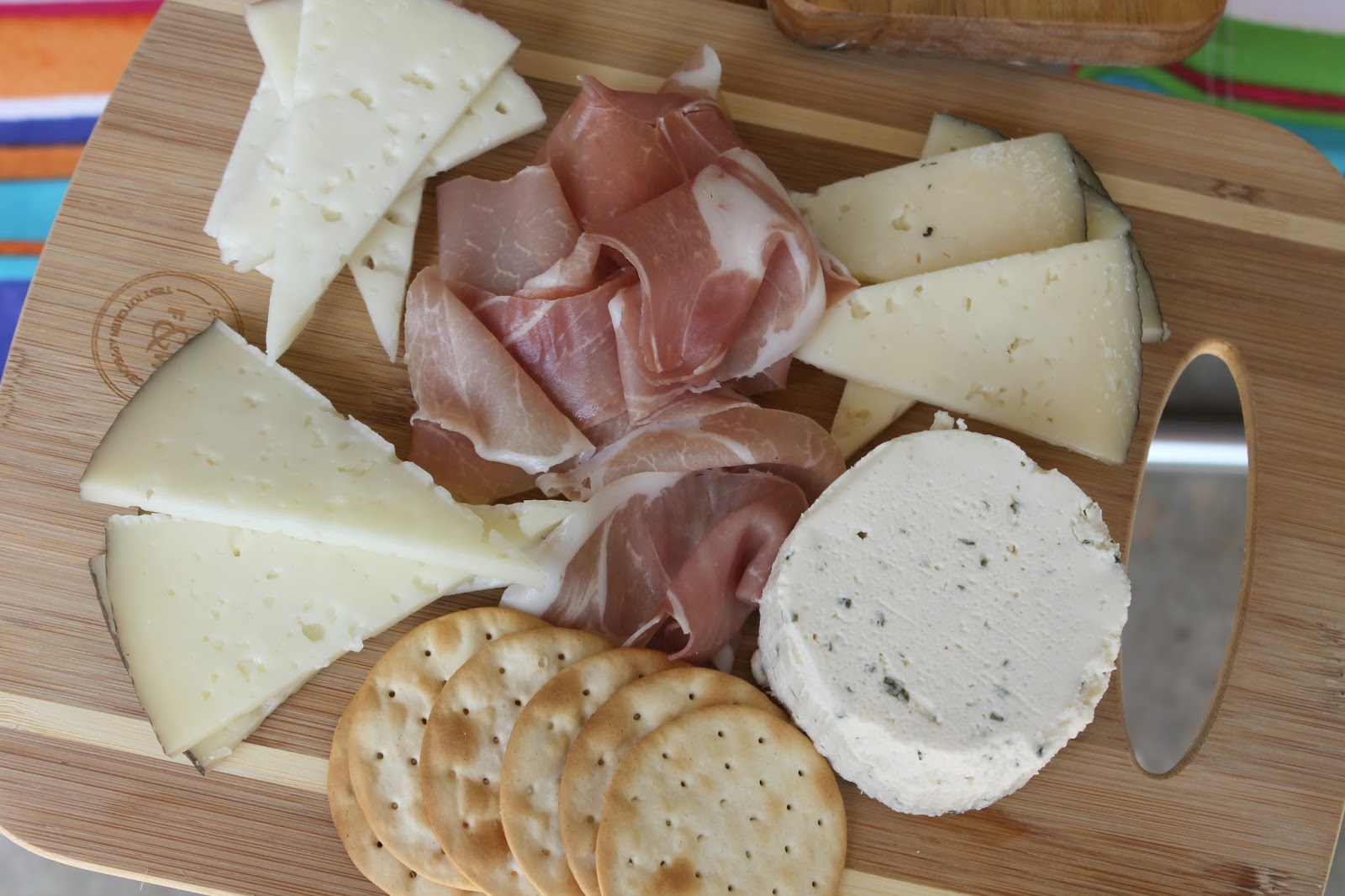 For lunch I pulled out some prosciutto and lots of cheeses for everyone to munch on. To my surprise the kids gobbled it up, which I was happy about since they had eaten nearly 6 popsicles each by lunch time. 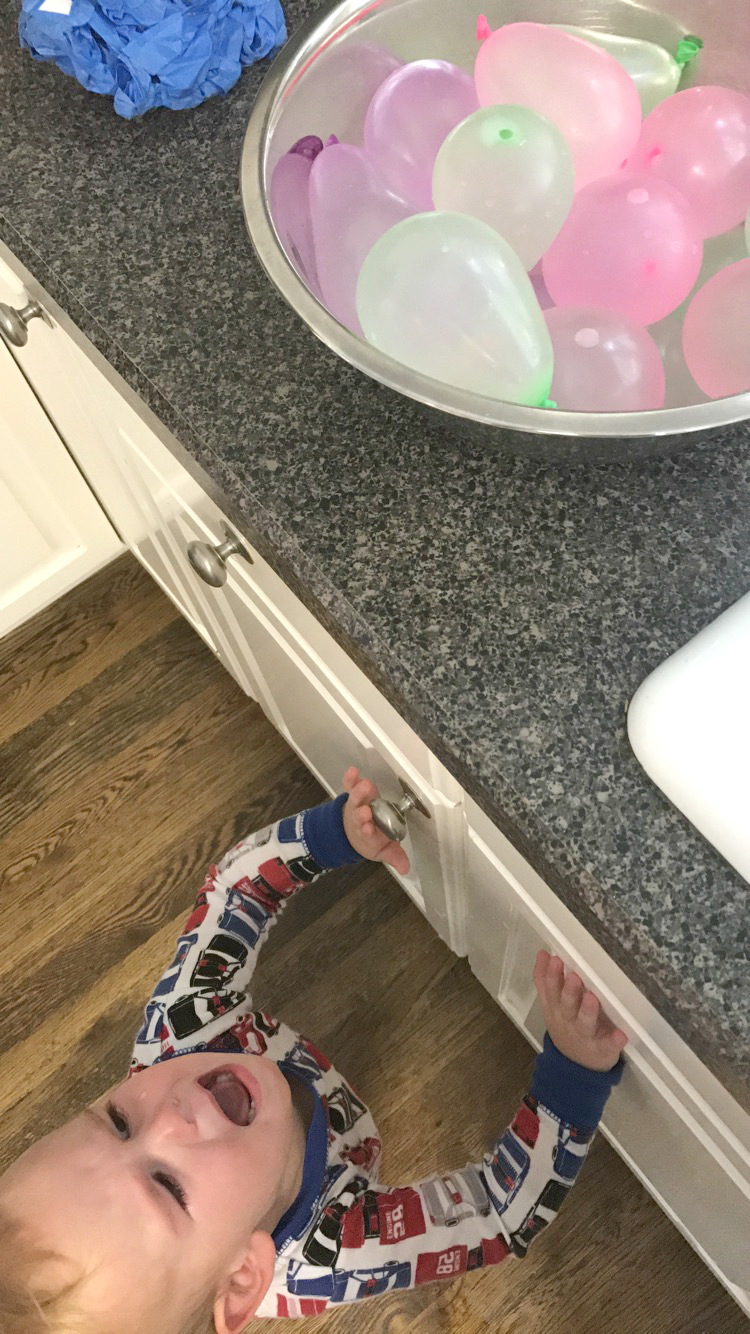 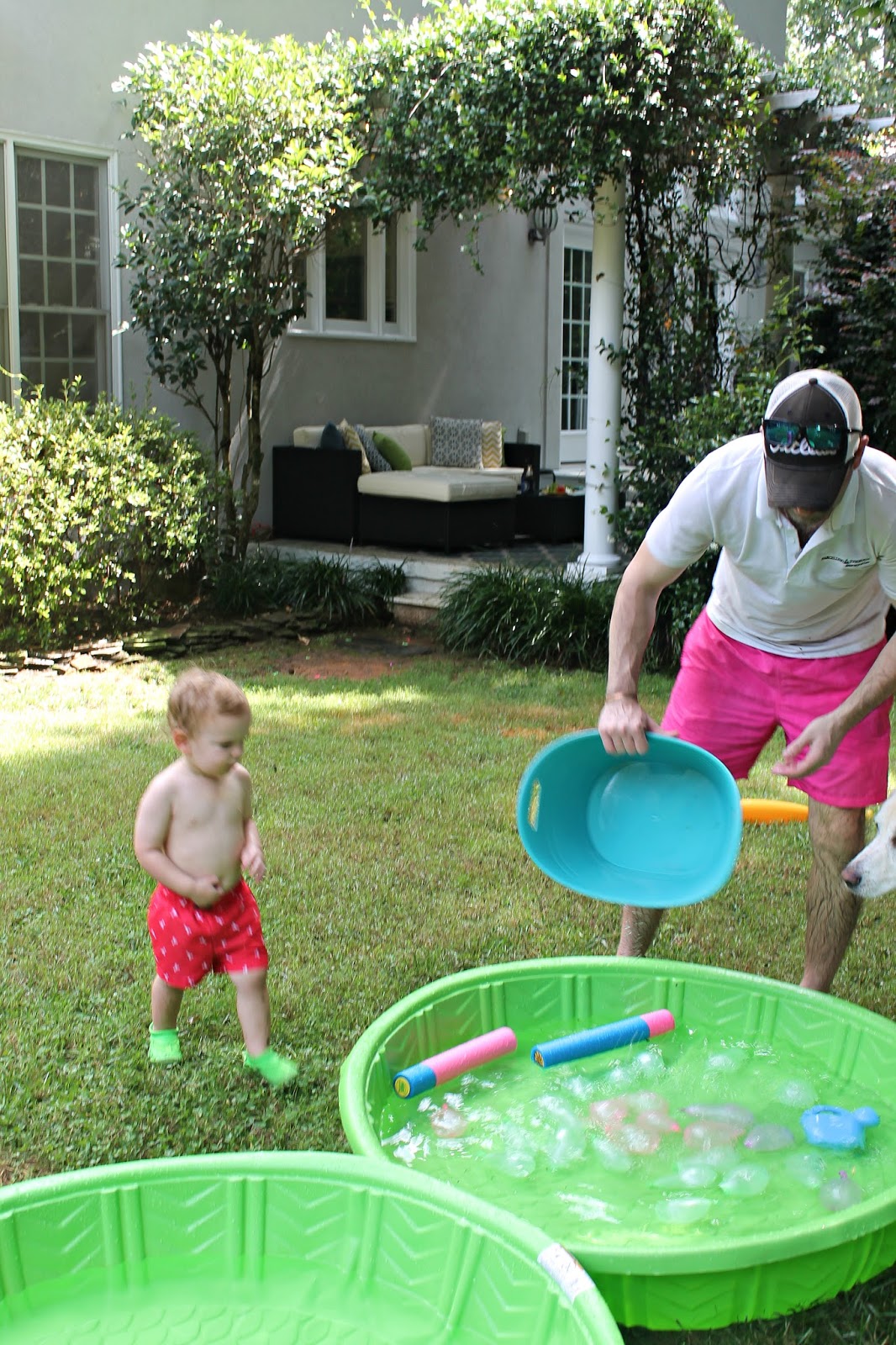 I spent Thomas’ nap time filling more water balloons. I think it took me over an hour to fill them all up…and less than 3 minutes for them to pop them all. Worth it, I think. 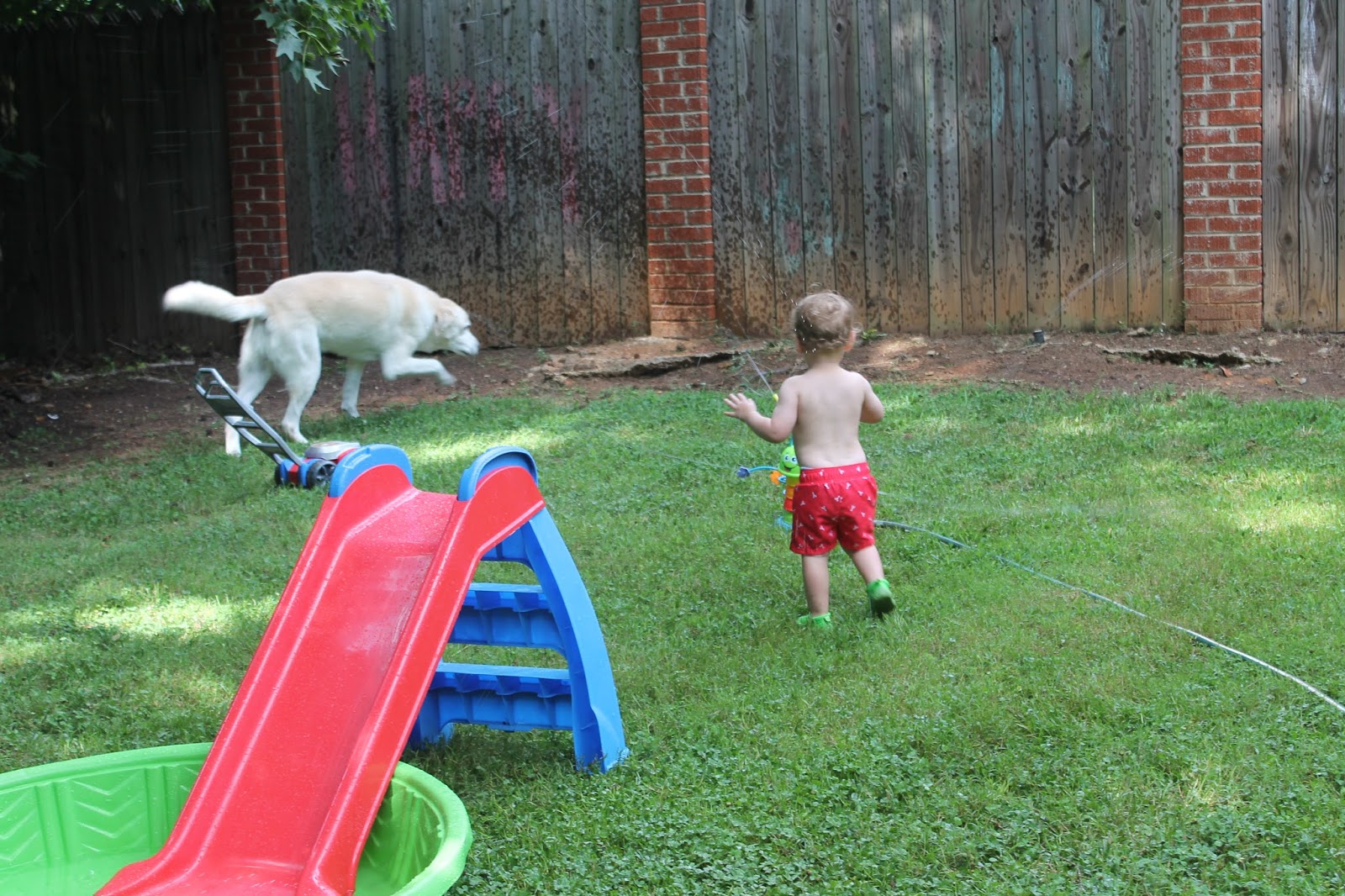 We also pulled out a new sprinkler toy for the kids that Matt scooped up from Target over the weekend. It was a huge fail and quite frankly, kind of terrifying, so it lasted about 4 minutes. Thomas got about 3 feet away from the flailing caterpillar arms before he turned back too. 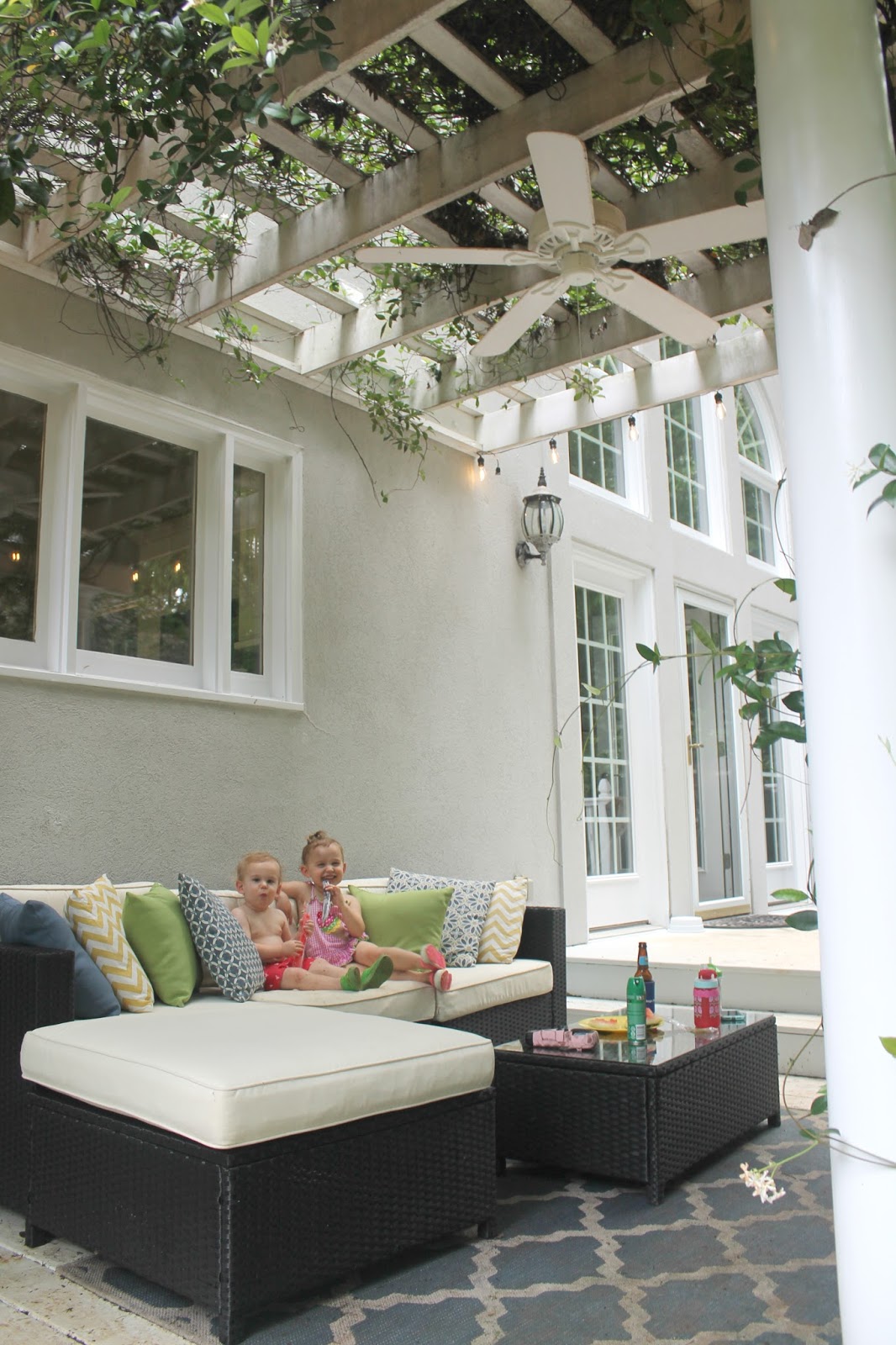 Thank goodness those cushions are washable… 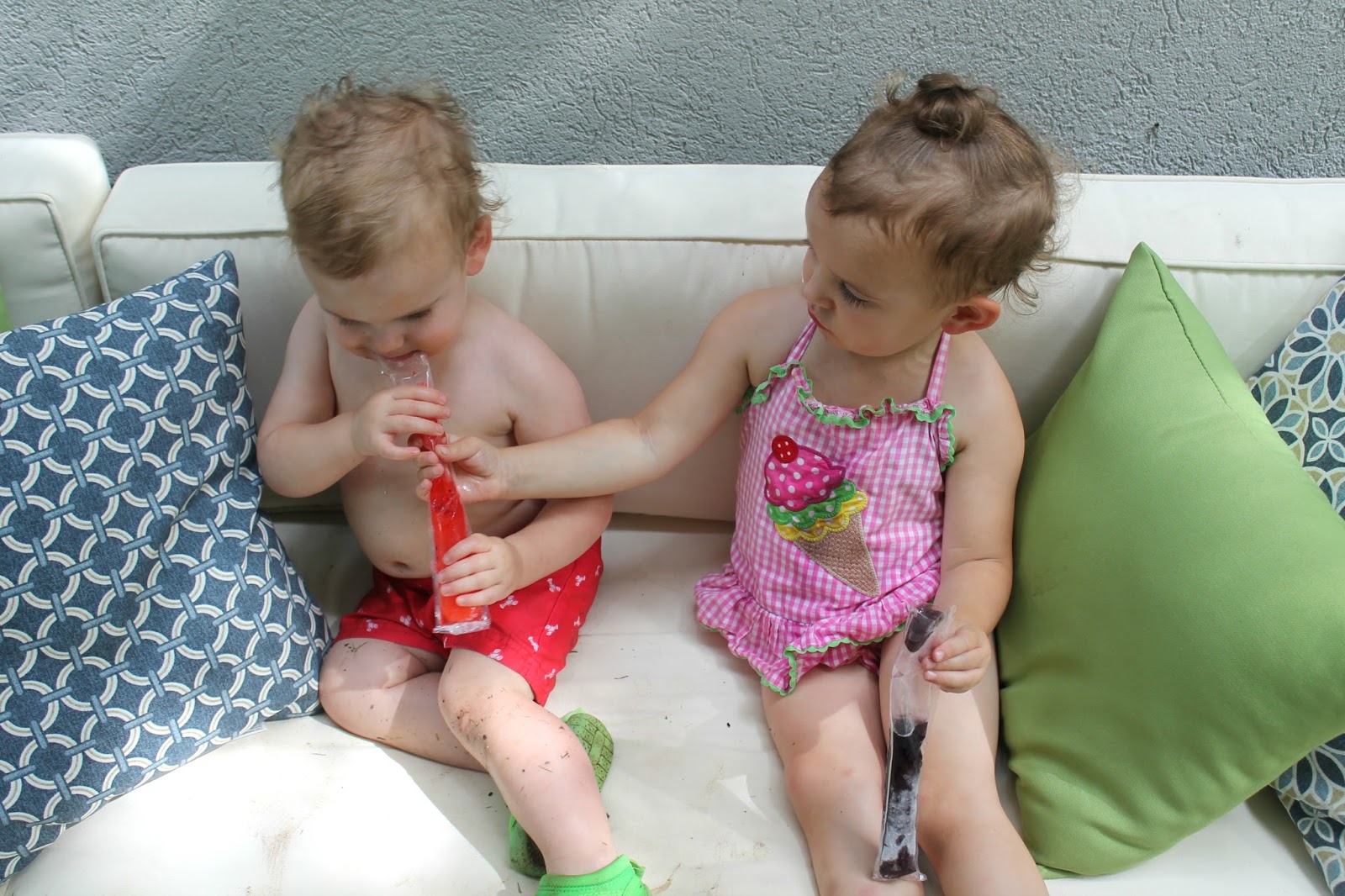 I lost track of how many Popsicles we gave the kids. All I know is there are only yellow ones left in the freezer… 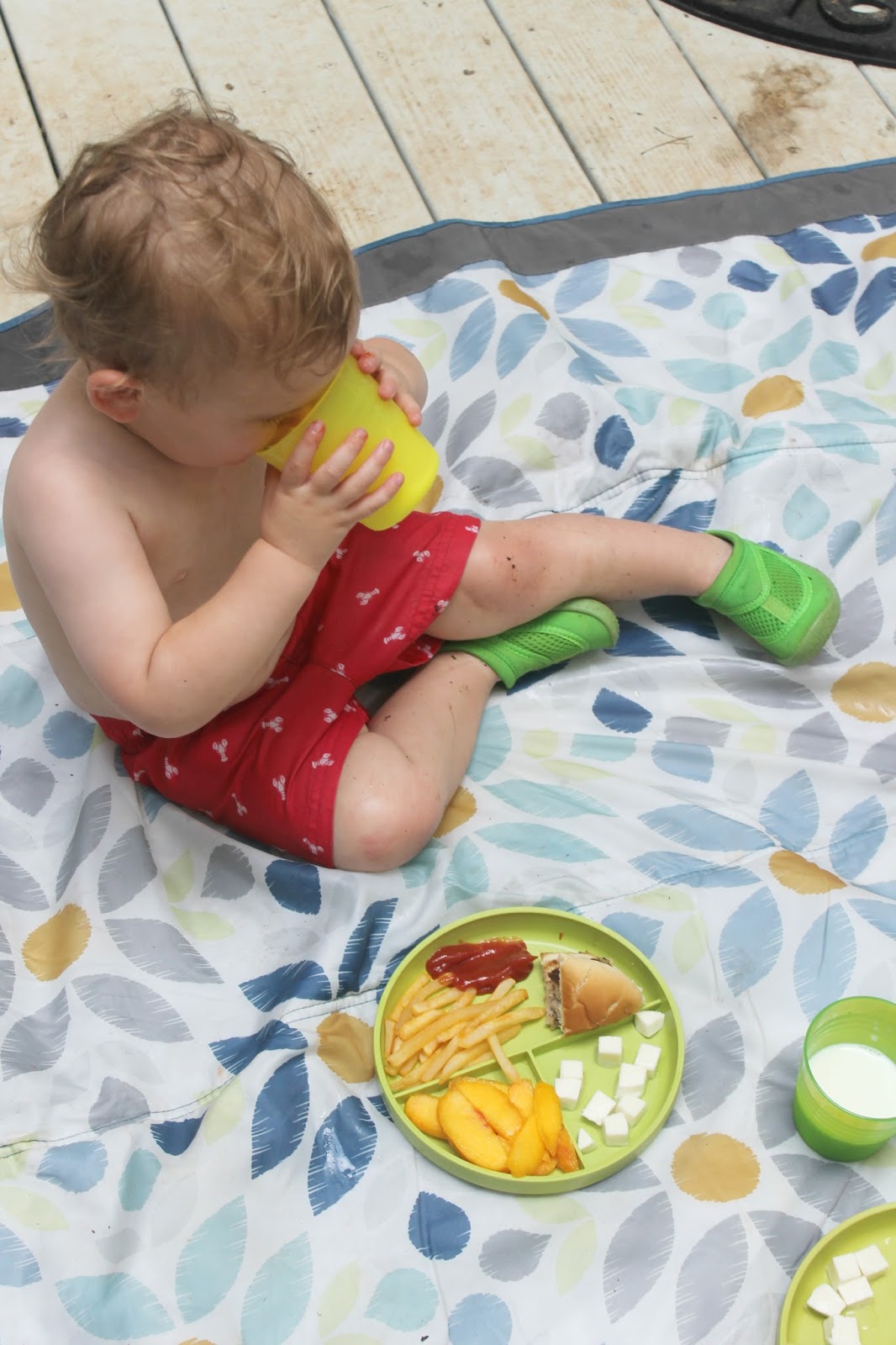 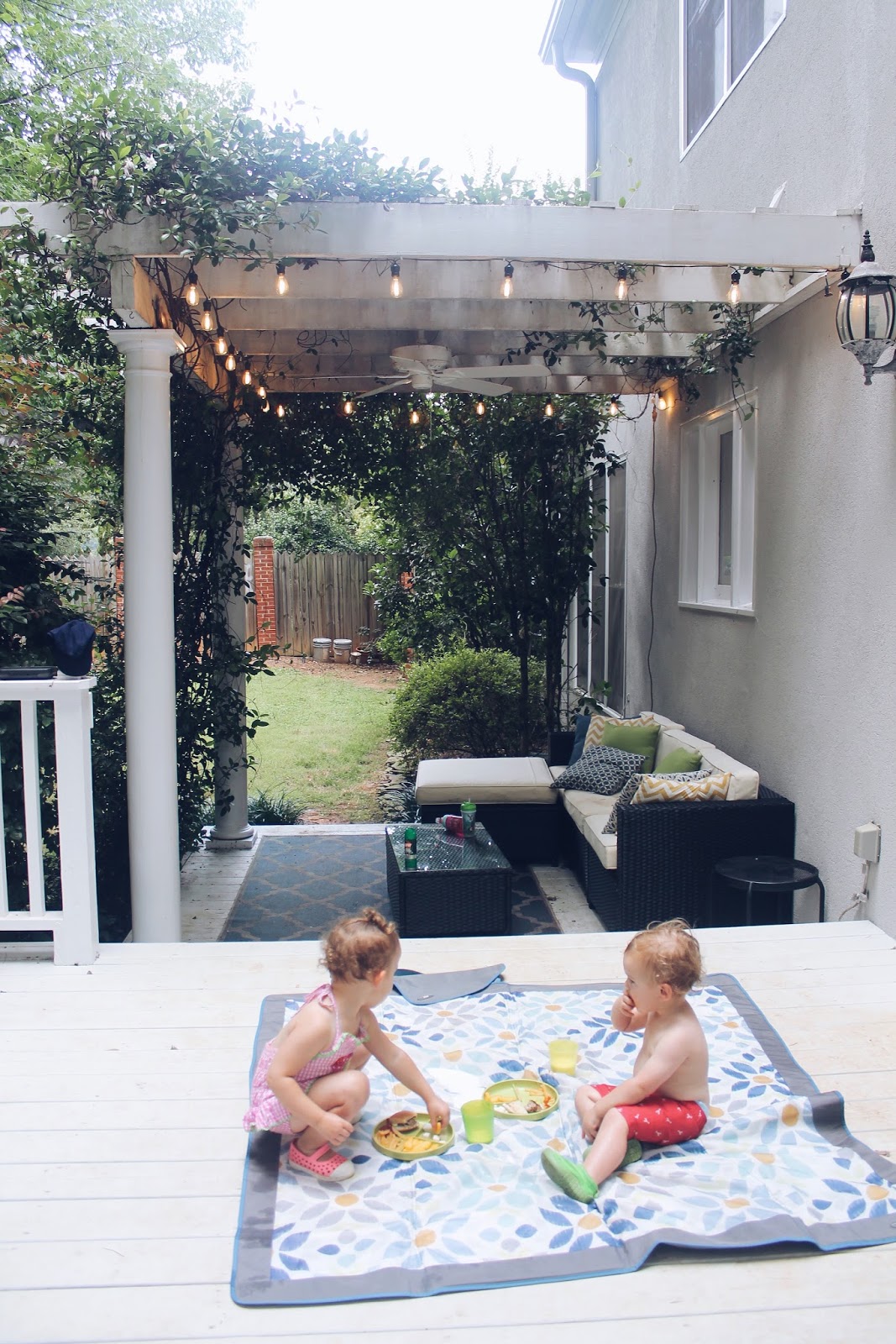 For dinner we grilled hamburgers. However, dinner ended abruptly when Thomas spilled his milk on Caroline and she had an absolute melt down. There was no recovering after the incident so Matt and I ate our dinner as fast as possible before hosing off the kids and getting them in pajamas. 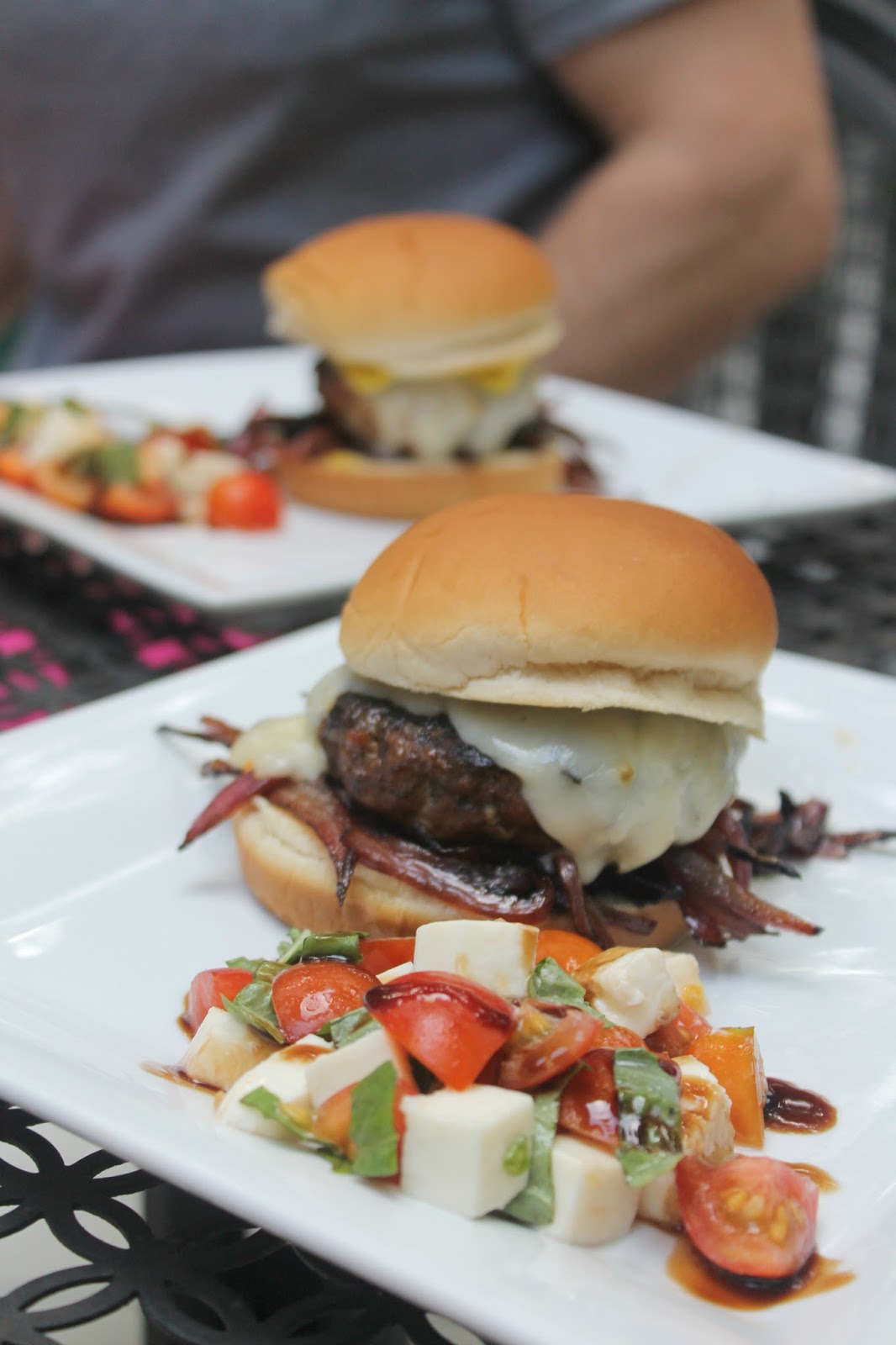 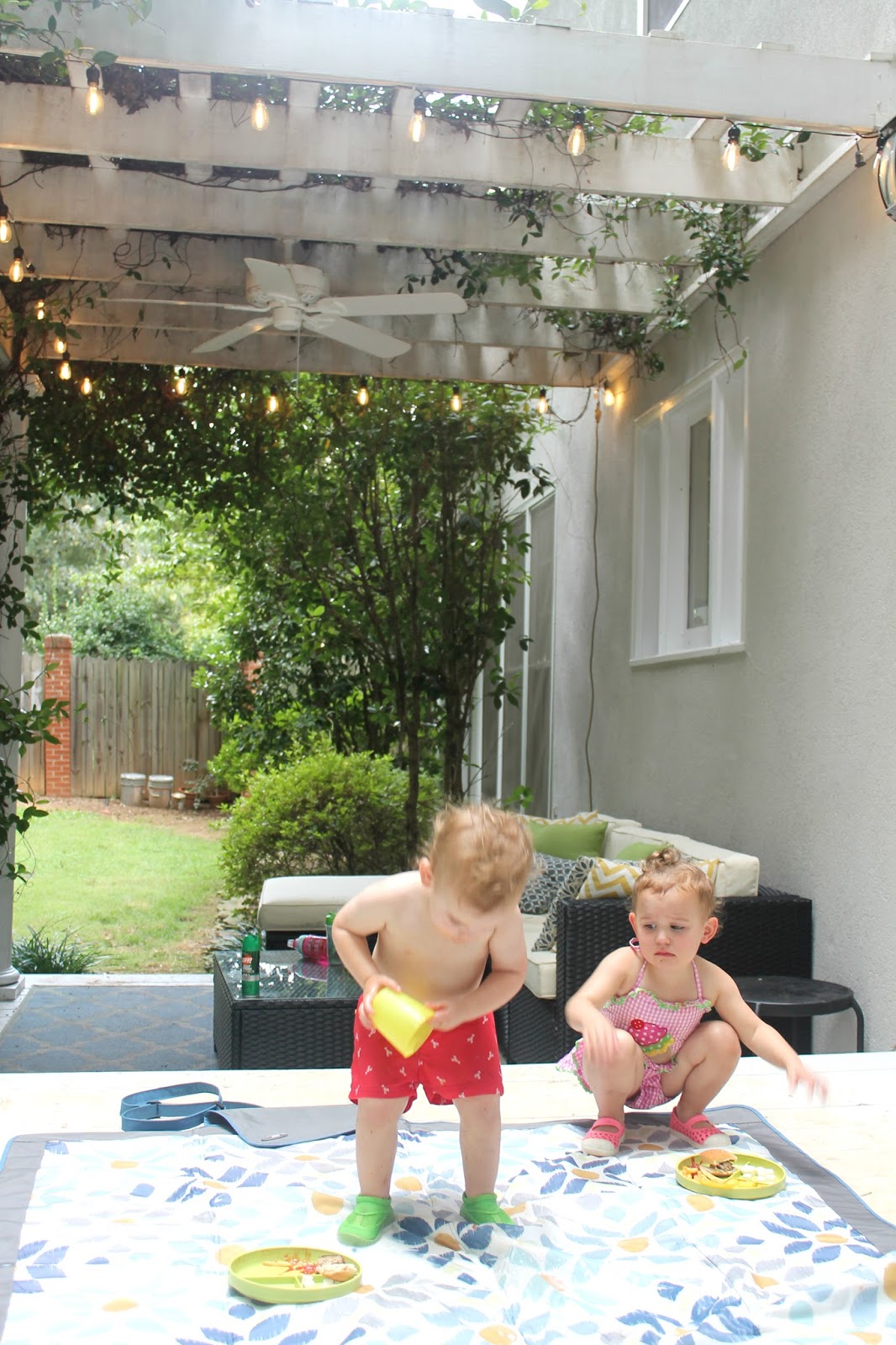 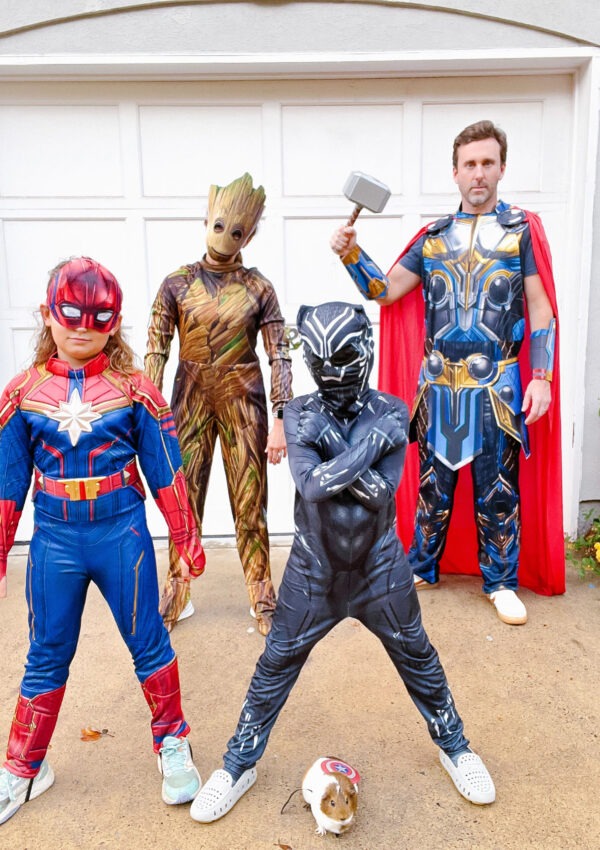