Well we can’t seem to catch a break these days. The trauma and expense of Caroline’s scary incident last month is still lingering and just yesterday we had another big scare – Matt and Caroline were involved in a car accident.

We all leave the house at the same time in the mornings. Matt takes a left out of our driveway for daycare and I take a right. I was halfway to work when I got the call…”I’ve been in a terrible accident. Hurry. The car flipped.” That’s all the information I had. I immediately did an illegal u-turn and floored it all the way back towards our neighborhood. The flood of thoughts rushed through my head. Was Caroline in the car or had she already been dropped off? Whose car flipped? Is my baby okay? Is Matt okay? Is my baby okay? Why aren’t these cars moving fast enough in front of me? IS MY BABY OKAY? 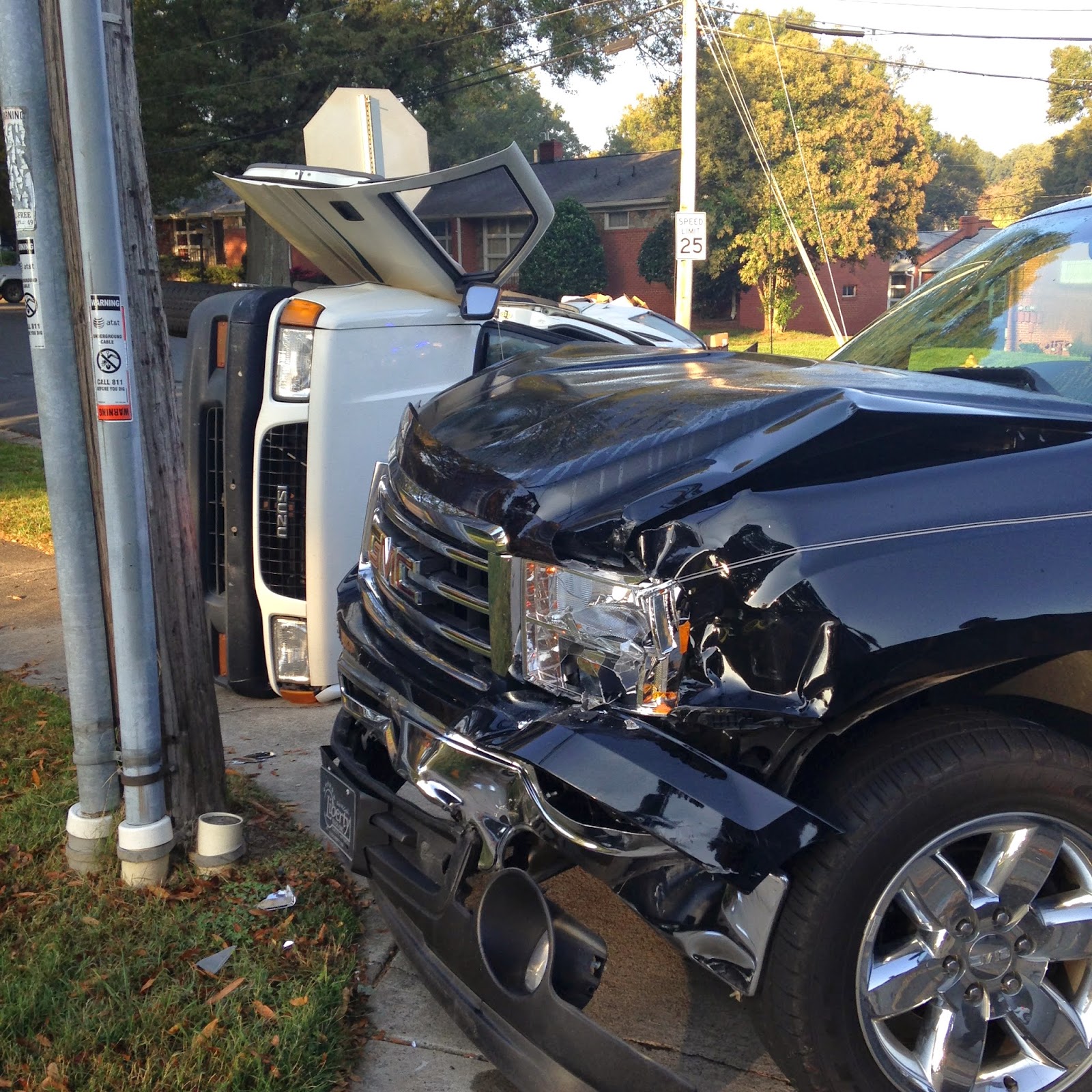 I arrived to the scene, blowing past yelling policemen who had attempted to block the street and the first thing I saw was Caroline’s carrier sitting on the sidewalk. There were parents huddled around her.  I threw my car in park before coming to a complete stop and more policemen were yelling at me to “stay back”. Yeah right. I blew past them and rushed to my daughter. The medics stopped me and said I wouldn’t be able to take her out of the car seat until she had been evaluated. Matt and I hugged while I of course sobbed. He somehow managed to remain calm. That’s when I noticed there was another person involved in the accident. 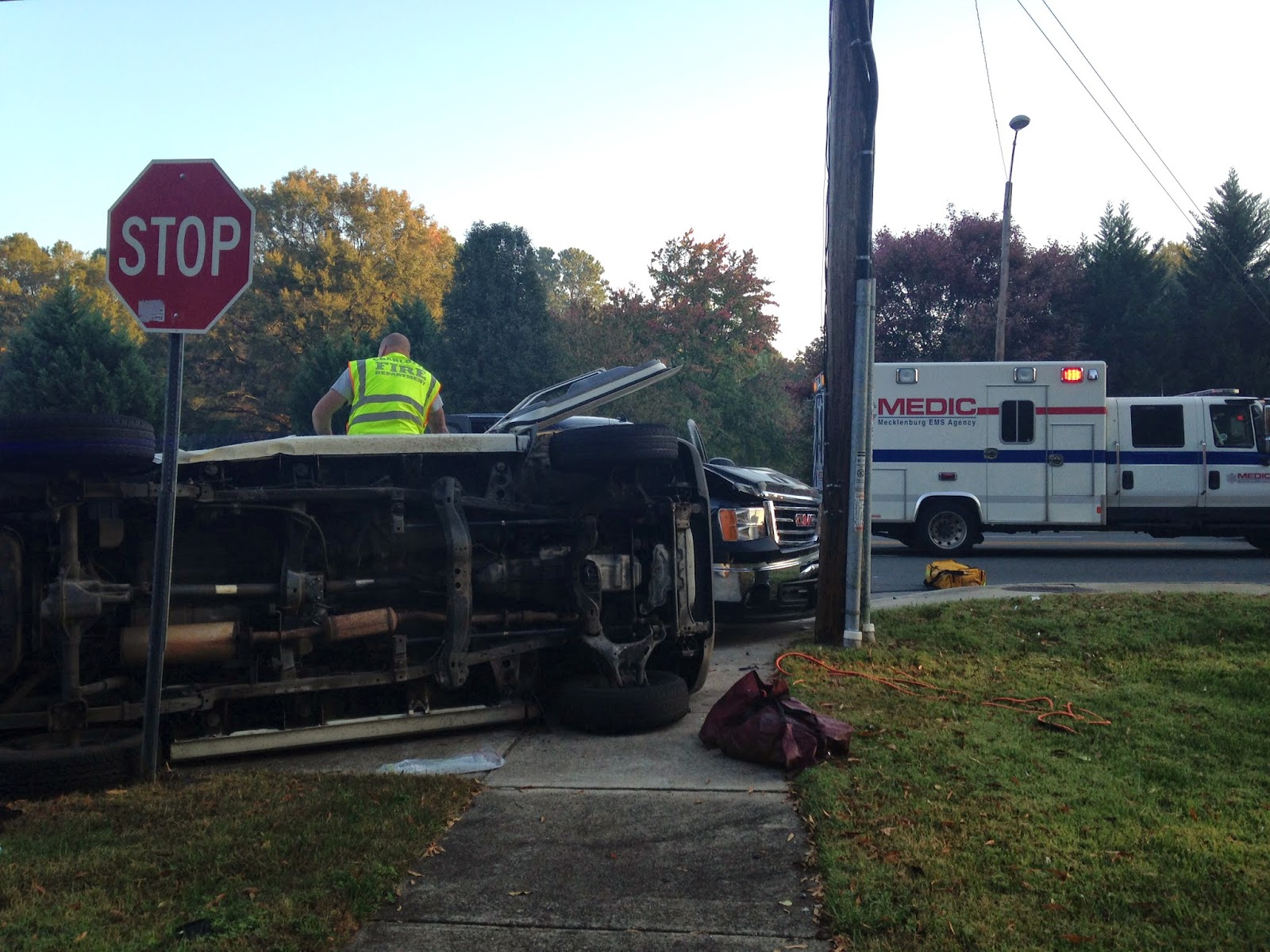 Flipped over on the sidewalk was a white 1996 Isuzu Rodeo. Wedged between the driver side of the car and cement were long locks of beautiful blonde hair. Everyone at the scene expected the worst as the firemen were desperately trying to get to the trapped driver. I lost it and begged Matt to start praying with me right then and there for this girl. That’s exactly what we did. After what felt like hours they were able to get the visibly shaken 19 year old girl out of the car without a scratch. Not one scratch. The police said it was a miracle and I knew there was no doubt about that. Her dad arrived moments later. 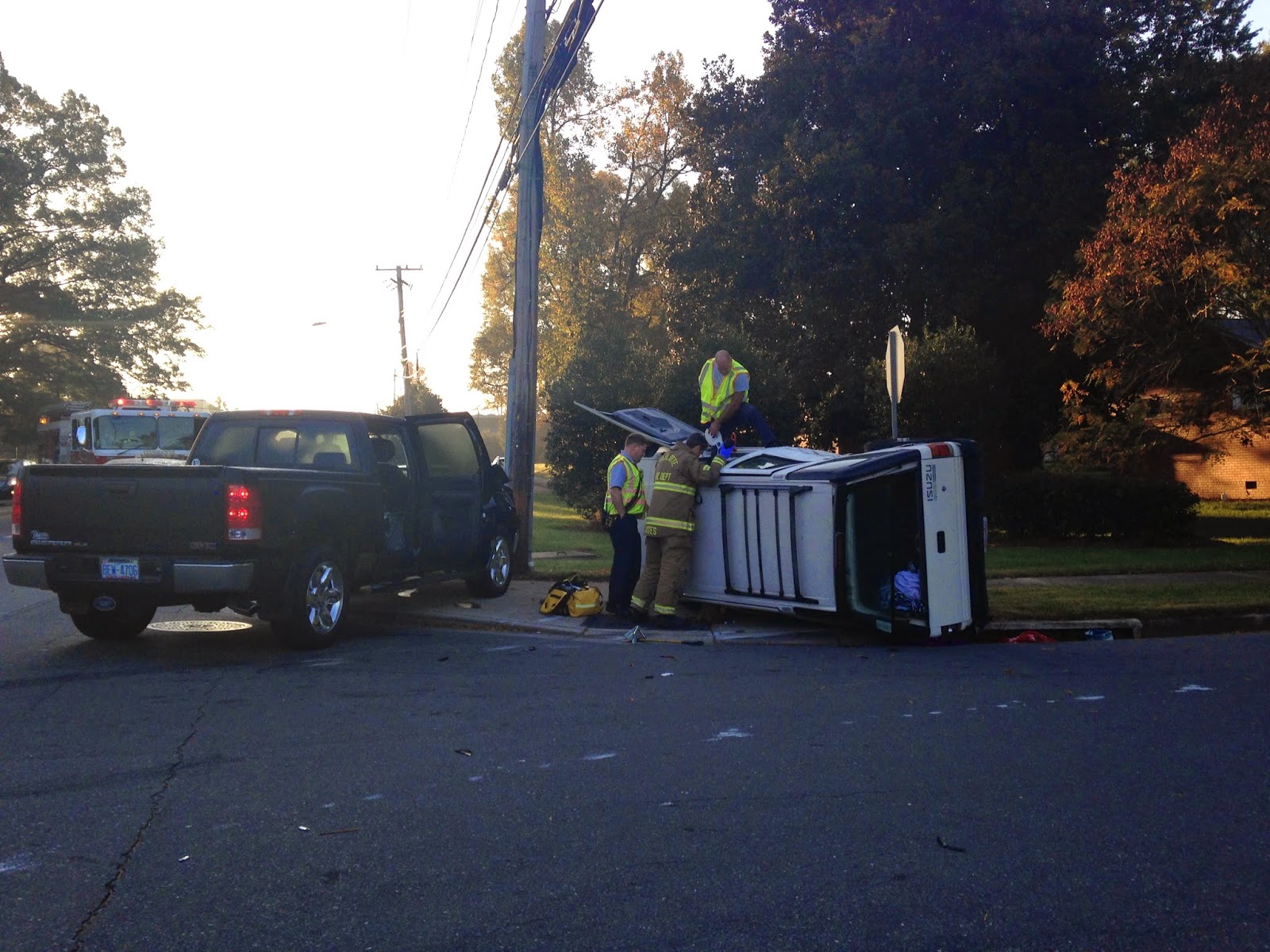 The accident happened right in the middle of morning rush hour traffic. Matt had just turned off our street and was traveling down a very busy road when the girl attempted to quickly cut across 4 lanes of traffic (one of those lanes being Matt’s). Matt t-boned her, her car flipped, his airbag deployed, he hit her again and then smashed into a telephone pole. Caroline didn’t make a peep. Panicking that she may have been knocked unconscious, Matt kicked open his jammed door and ran around the truck to Caroline. When he opened her door she just looked at him puzzled. He said the drivers stuck in traffic surrounding the accident looked absolutely horrified as he pulled the car seat out of his smoking truck and many people stopped to help. Several parents jumped out when they saw the car seat and offered blankets. One of my bible study leaders also happened to pass by and stopped. Even two teachers at Caroline’s school stopped at the scene. There was an outpouring of love and concern. We needed that in those moments.

After the vehicles were loaded onto the tow trucks we immediately took Caroline to the doctor to get checked out. She was totally fine but the doctor instructed us to give her some Tylenol in case she was a little sore from the impact. We also took Matt to the doctor for his minor pains and then spent the rest of the day together at home. 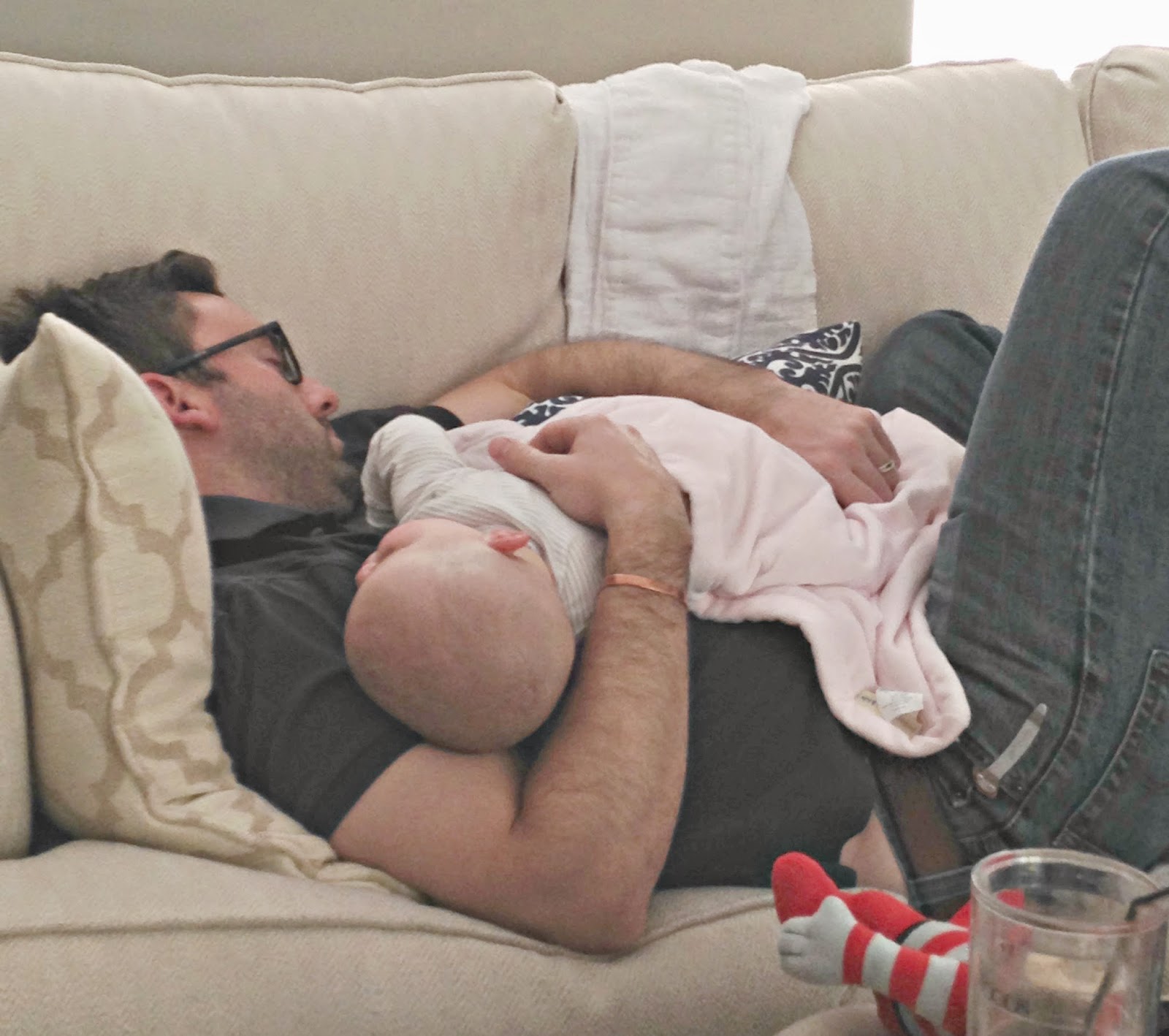 Thank you all for your thoughts and prayers on Instagram. Although we seem to have a lot on our plate these days we are unbelievably grateful for those guardian angels who continue to watch out for our family. Without a shadow of a doubt the Lord wrapped his arms of protection around Matt’s truck yesterday morning. And for that we are eternally grateful.

Now I’m going to be a mom for a second and remind you all:
1. Please don’t text and drive,
2. Always wear your seat belt and
3. Give your family a hug and exchange “I love you’s” before you leave the house each day!

*Note: Matt was wearing his seat belt and was not distracted when the accident happened. 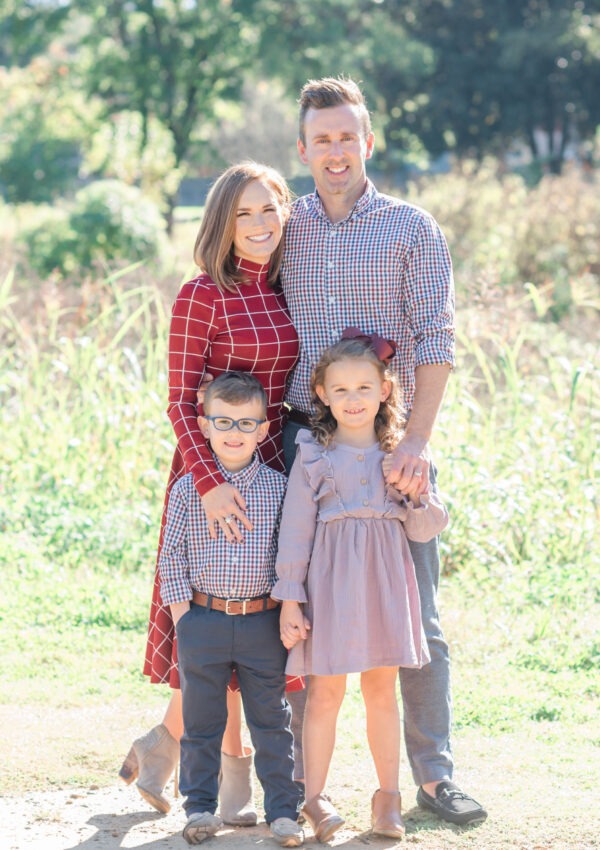