This year Matt’s parents hosted Thanksgiving in their cabin in the mountains which was a fun, new tradition. I was a little worried (wait, no. Matt was a little worried) that it would still be too uncomfortable for me to travel one month post opp, but thankfully we didn’t let that keep us home. Right before we jumped on the road I had an expander fill that was a little more painful than I had anticipated so I arrived to Thanksgiving unexpectedly hopped up on Oxycodone. Thankfully there were three extra sets of hands to help Matt and I out with the minis. 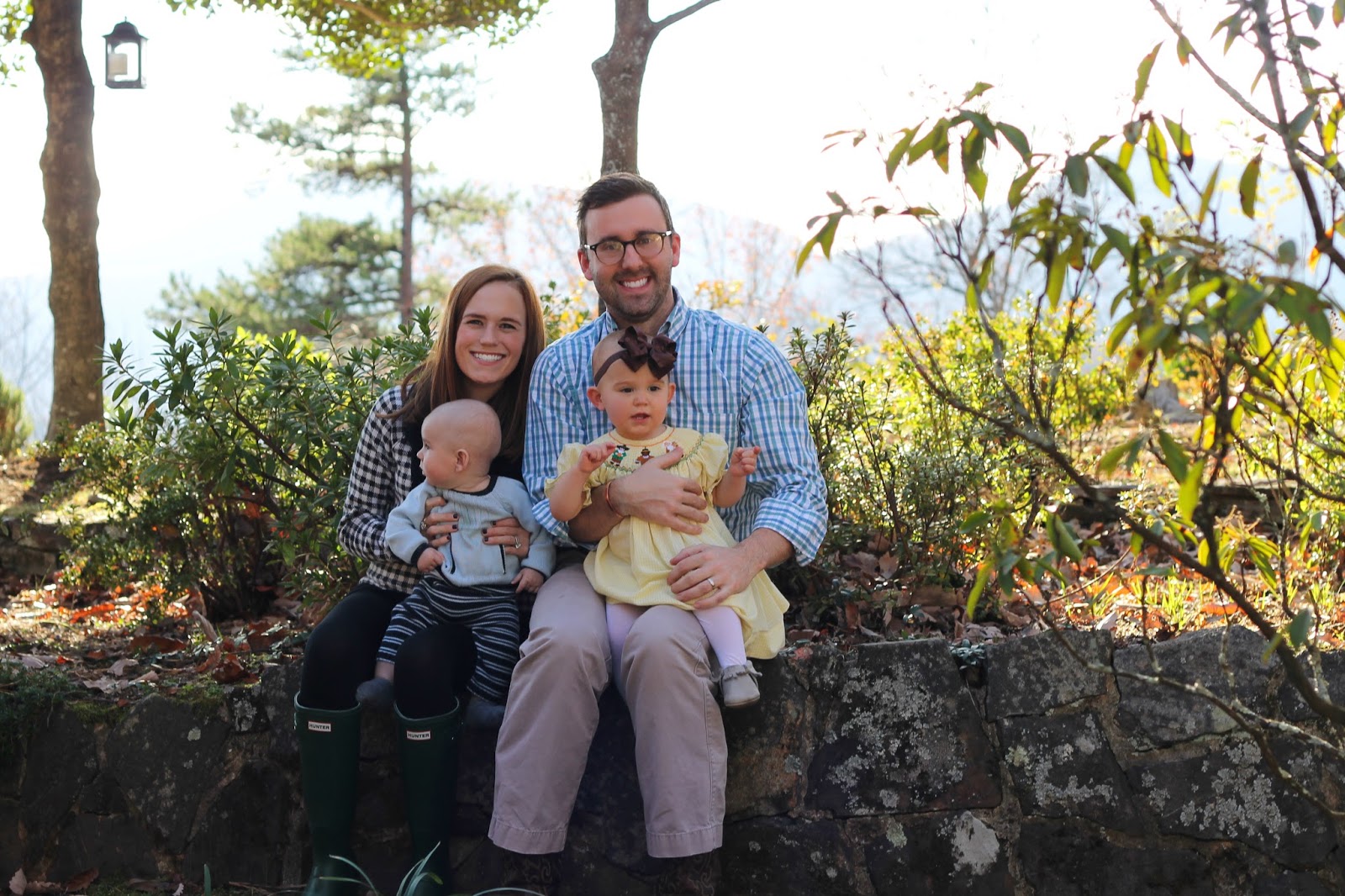 On Thanksgiving morning the kiddos were up bright and early, early, early! We spent most of the day lounging in front of the fireplace, grazing on appetizers, playing outside, watching the parade and getting ready for dinner! 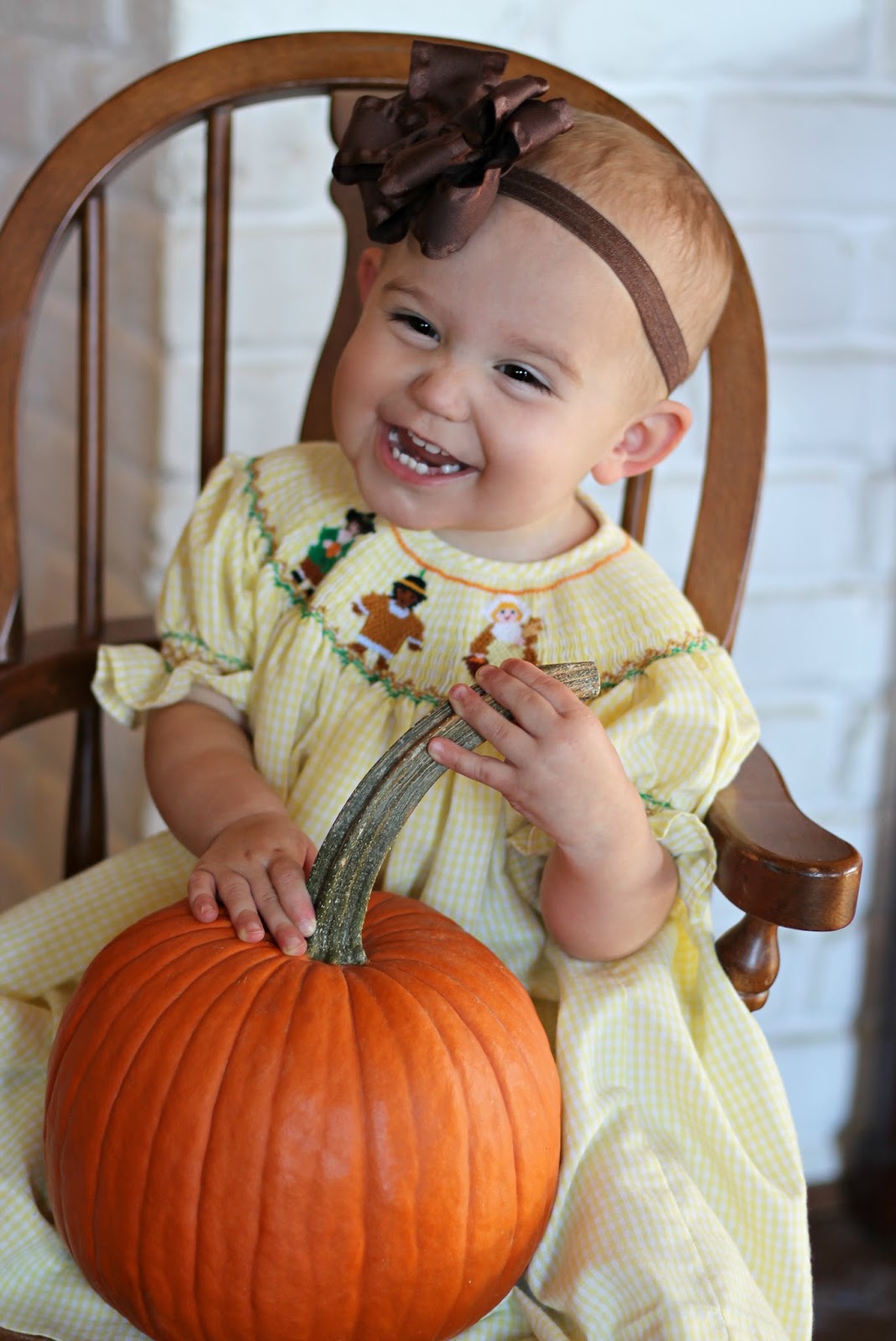 How sibling photos usually go: Do you want to hold your baby brother? Okay, give him a big hug! No, don’t choke him. Wait, you’re choking him. Nope, still choking him. Cheeeeeeeeese! Take 47, got it! 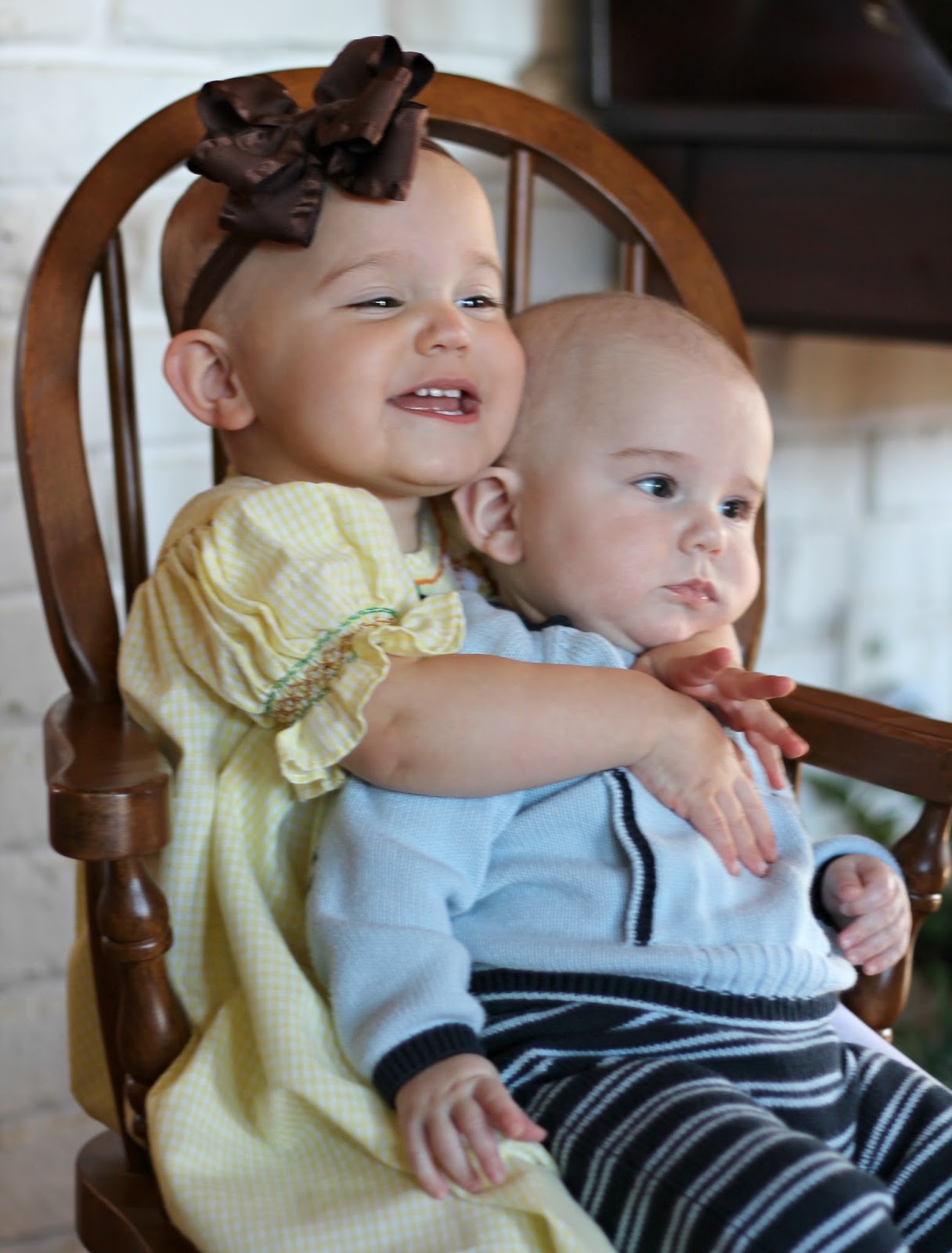 Time to go outside and get some wiggles out! 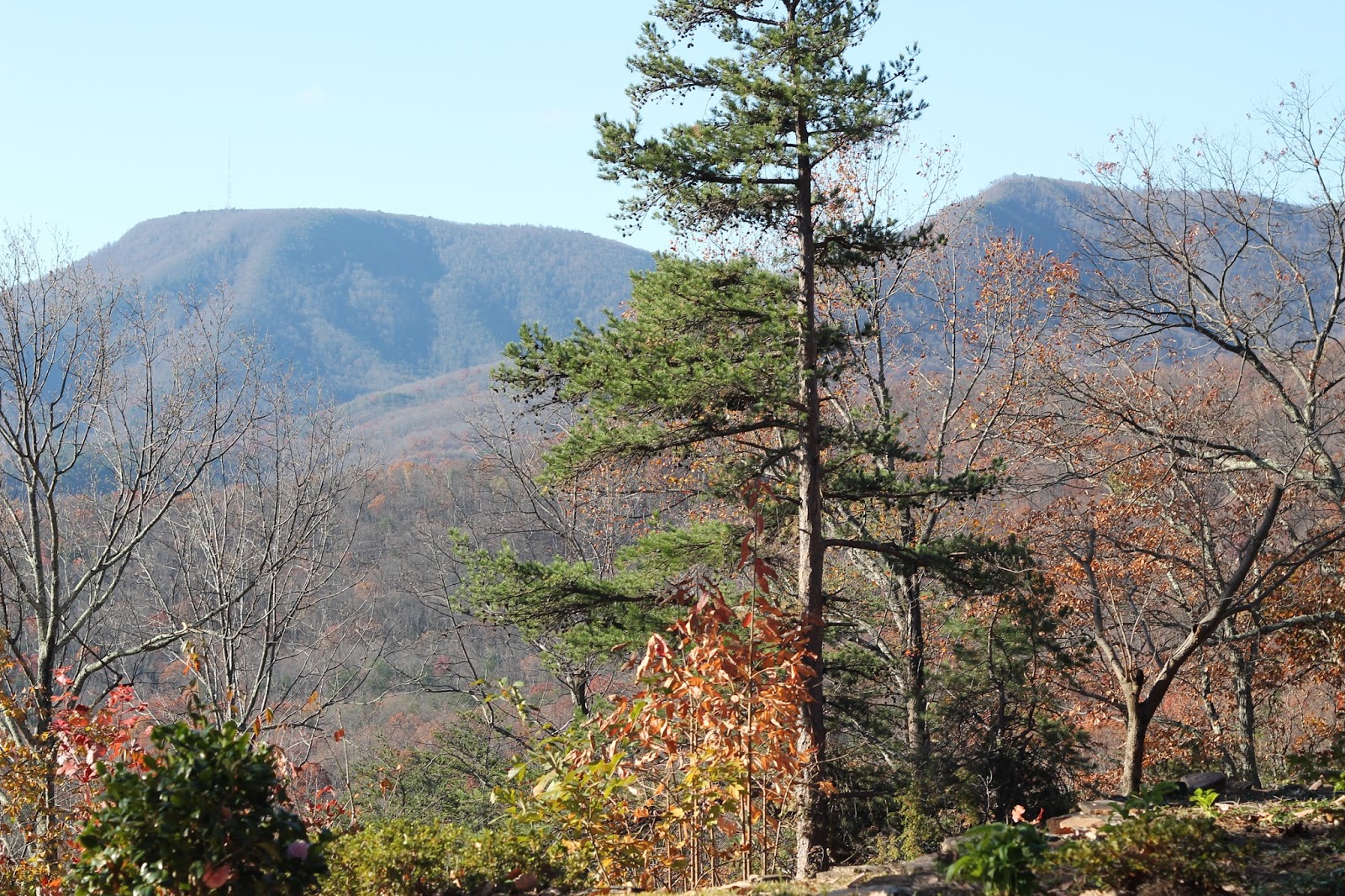 I should also mention that the cabin has such a stunning view too (which makes waking up at 5 am not so bad)! 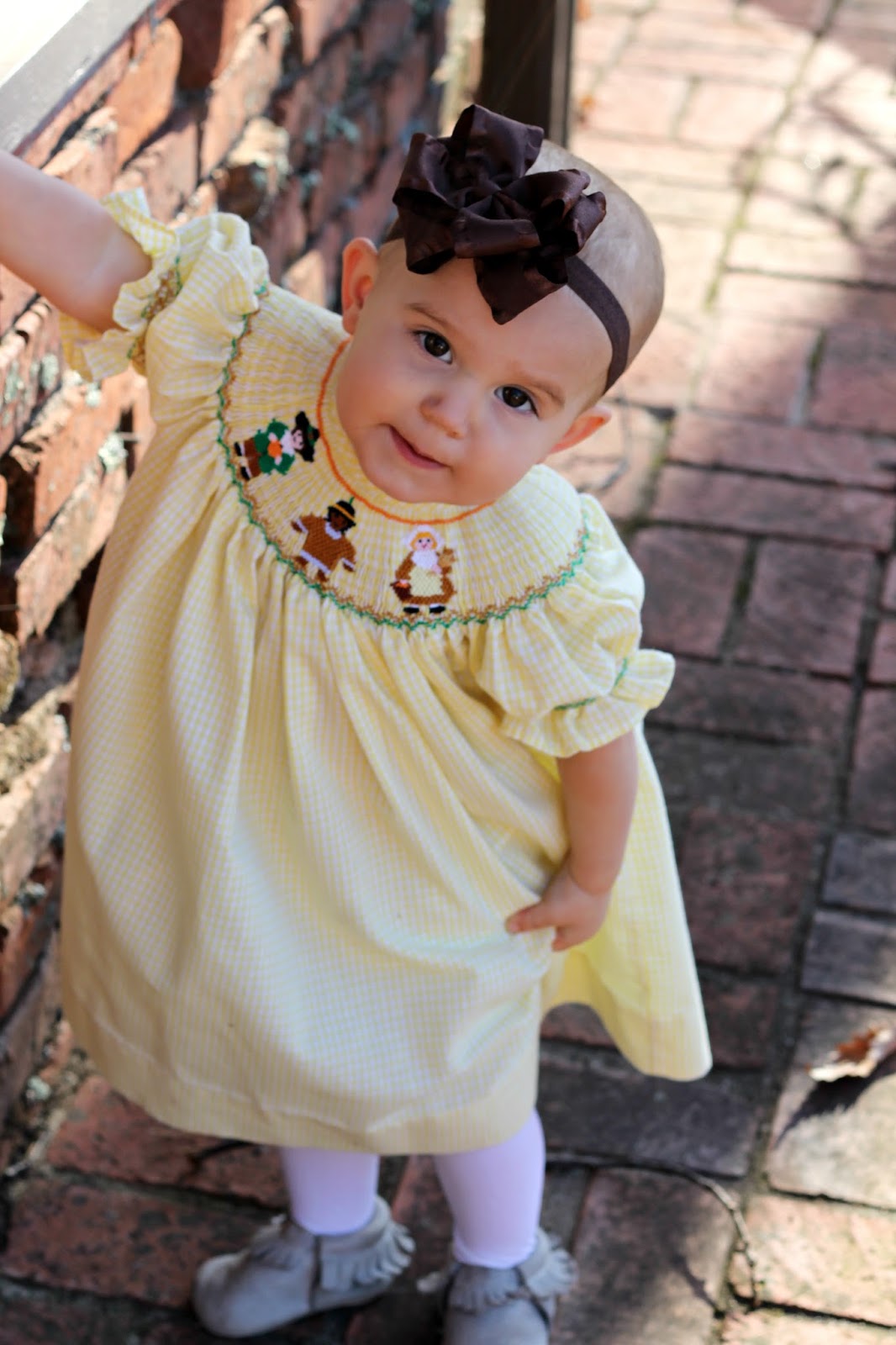 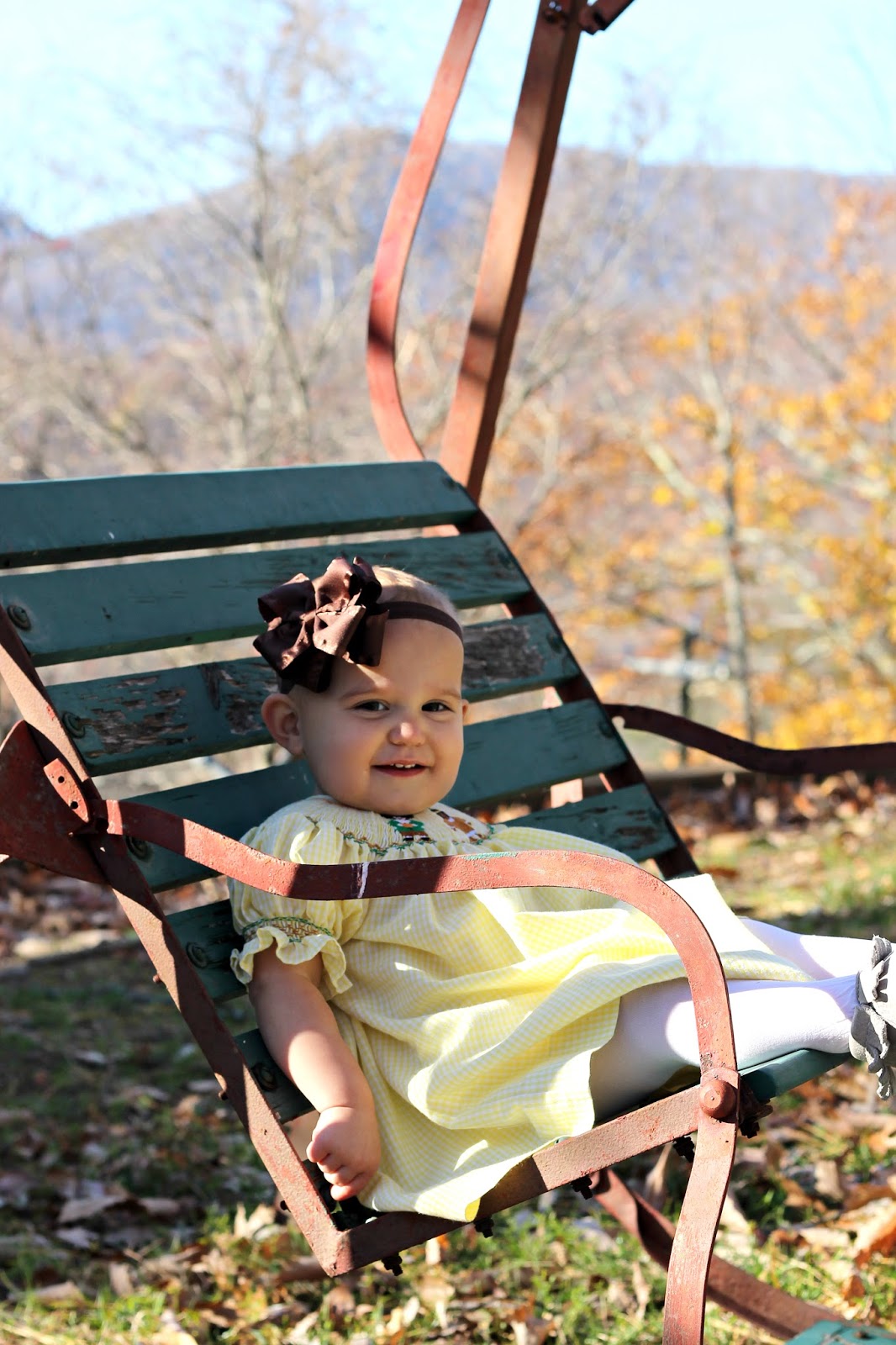 This really old swing has been passed down from generation to generation and now resides at the cabin. We have so many pictures of Caroline sitting on this swing when it was at the great grandparents house and now we will start collecting swing memories here too. 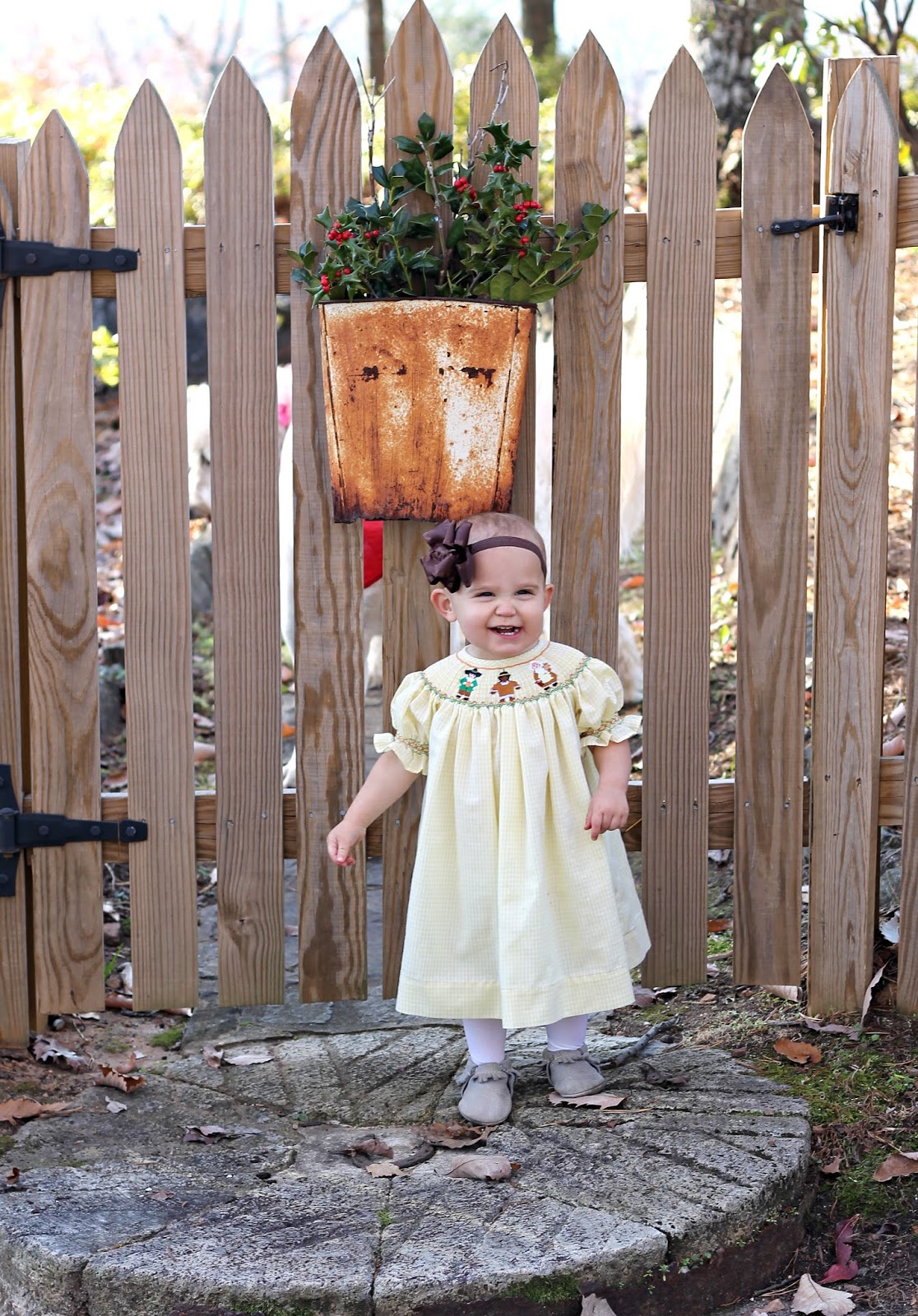 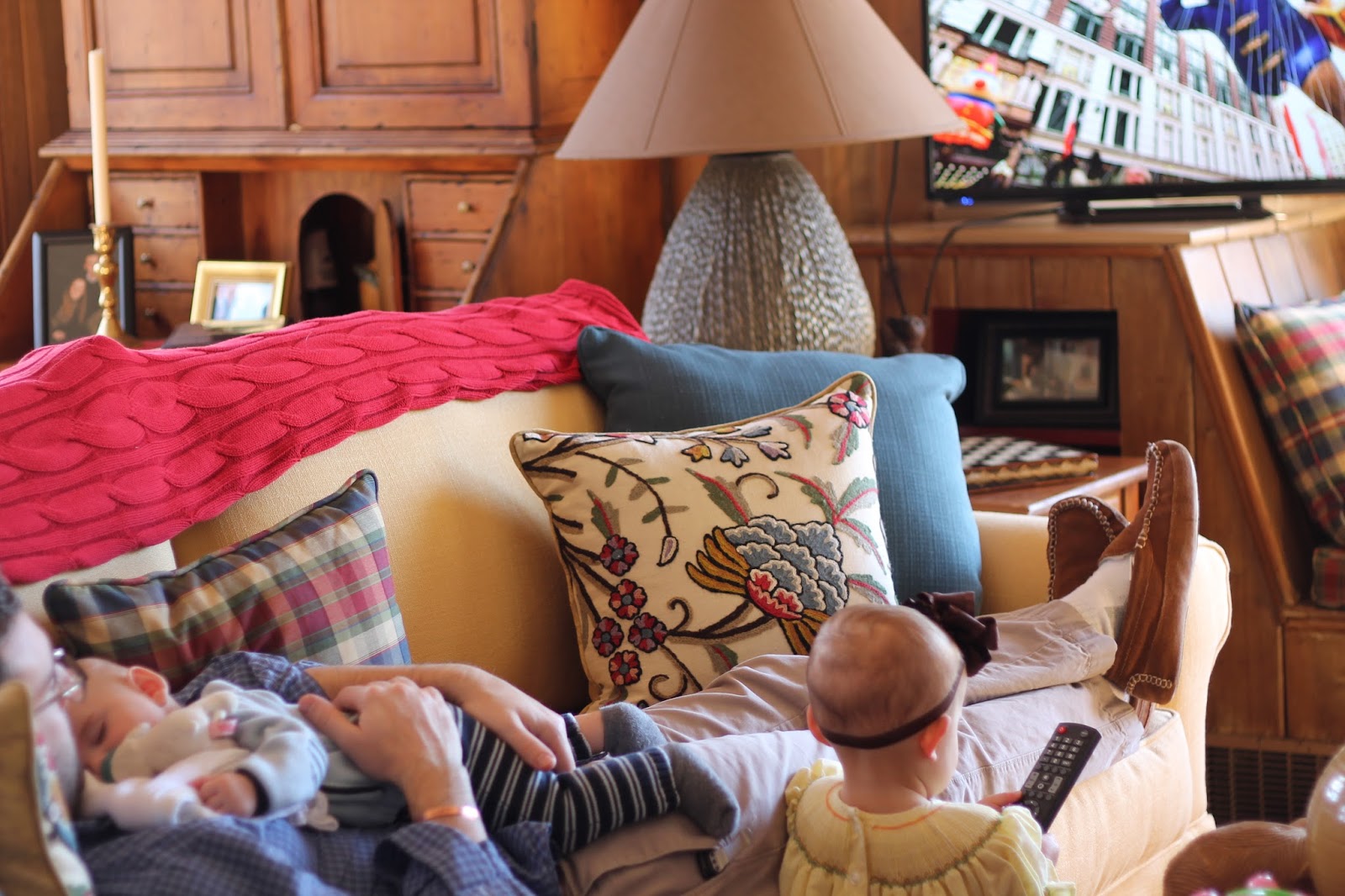 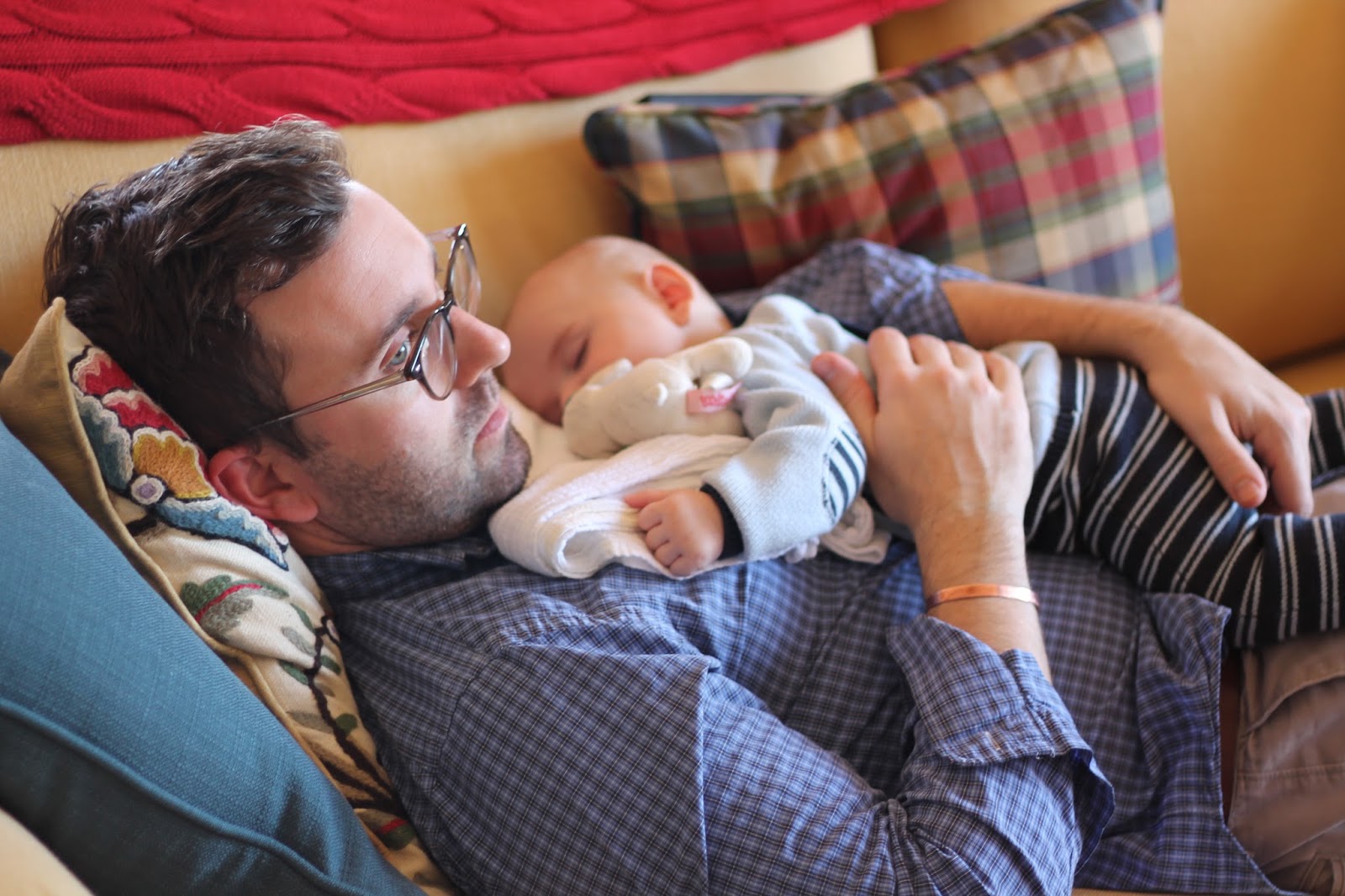 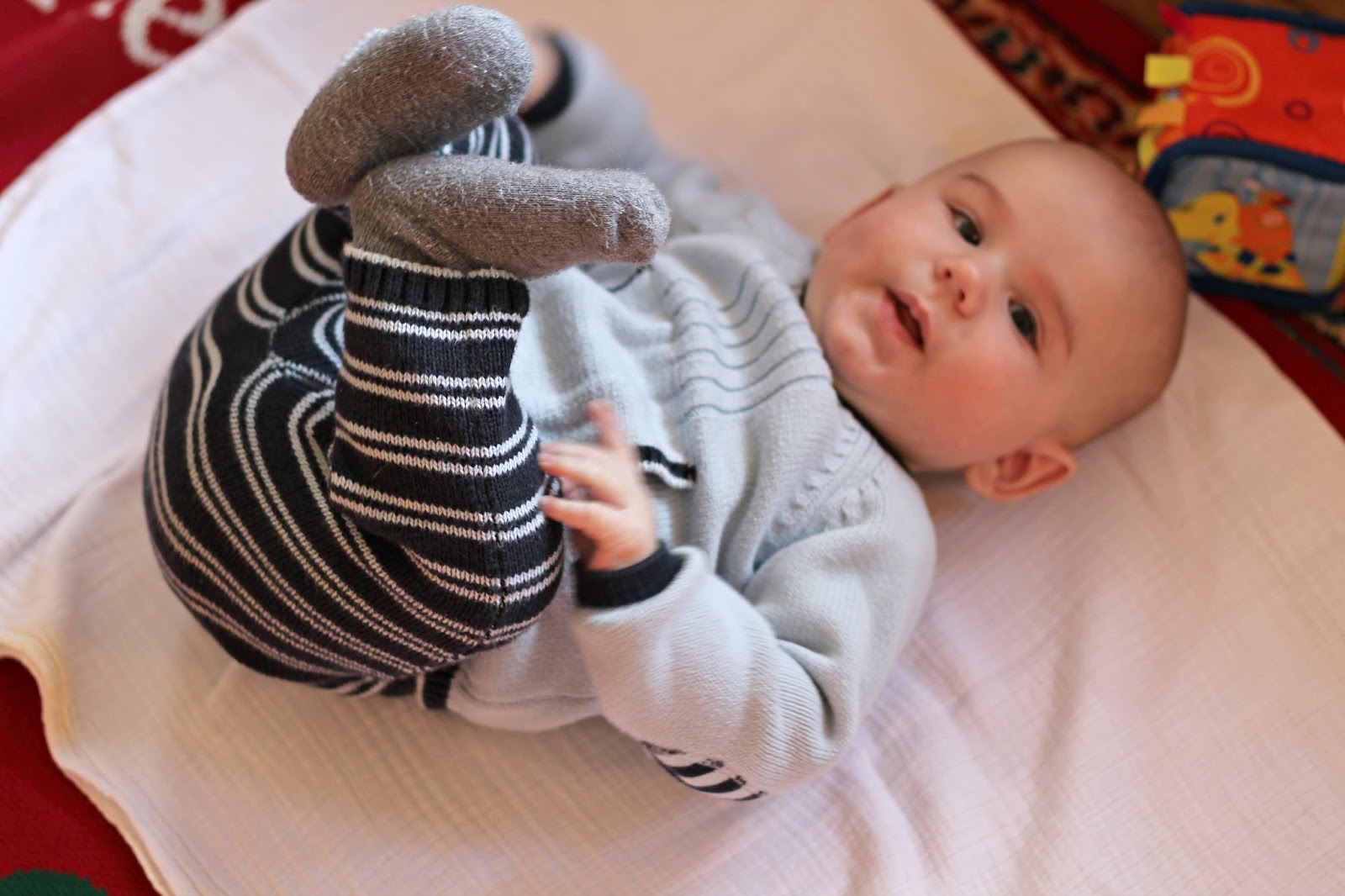 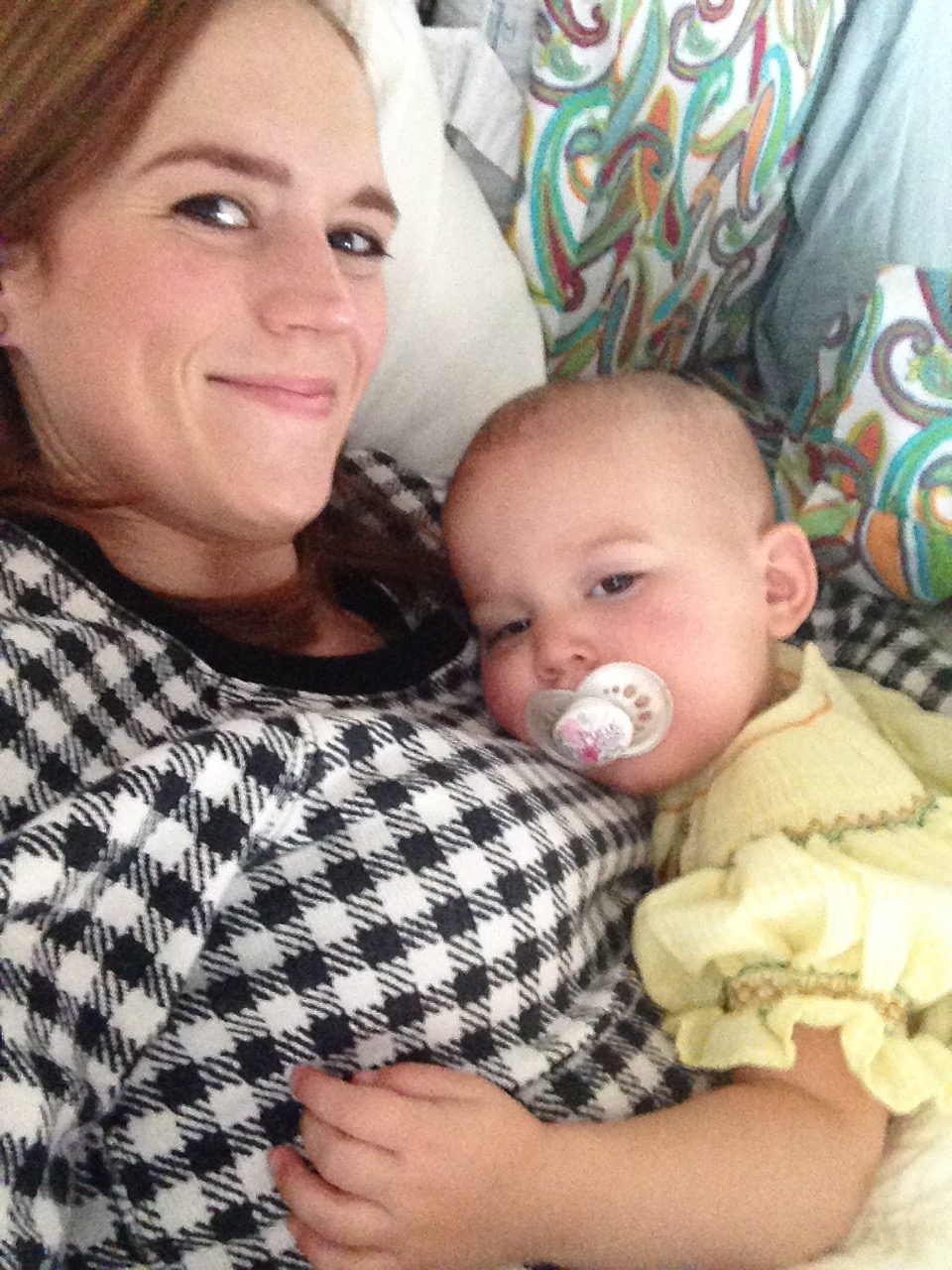 One of the new traditions that Matt’s
mom started this year was marking Thomas and Caroline’s height each year on an outdoor post. 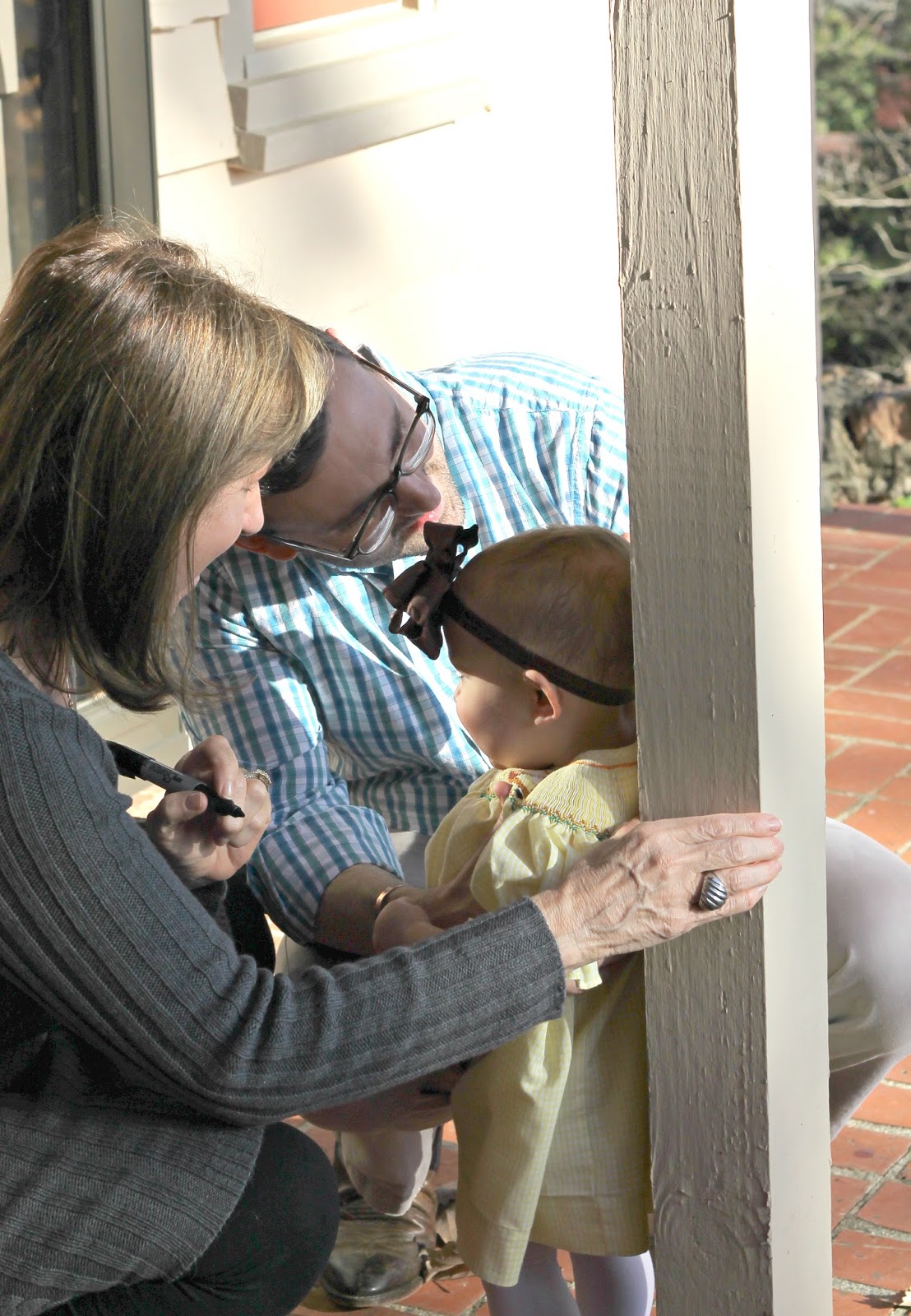 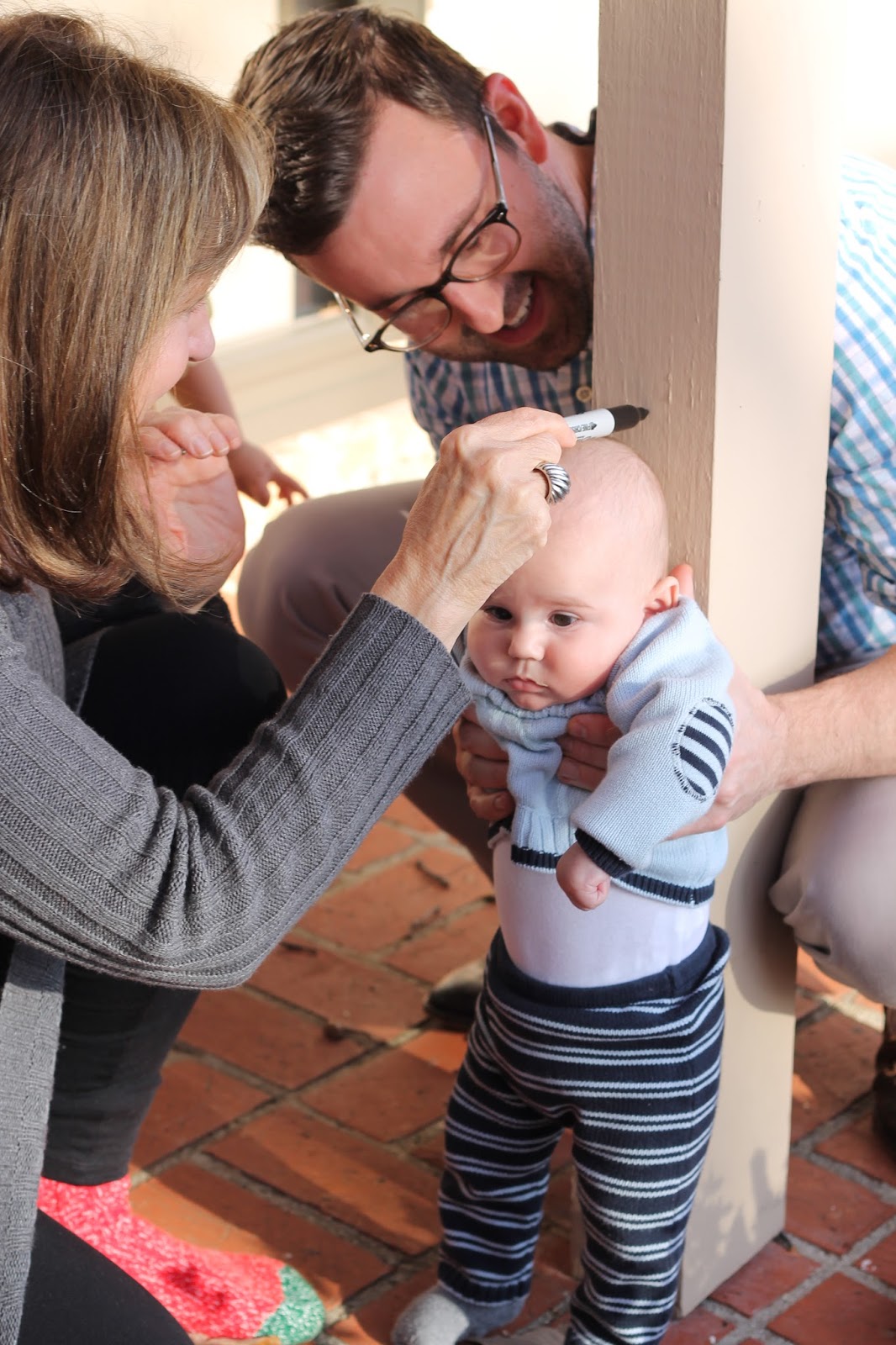 Another really fun tradition she started was covering the table with a large drop cloth. Every year each person adds a little something in permanent marker. It can be artwork, a recipe, a note, whatever! 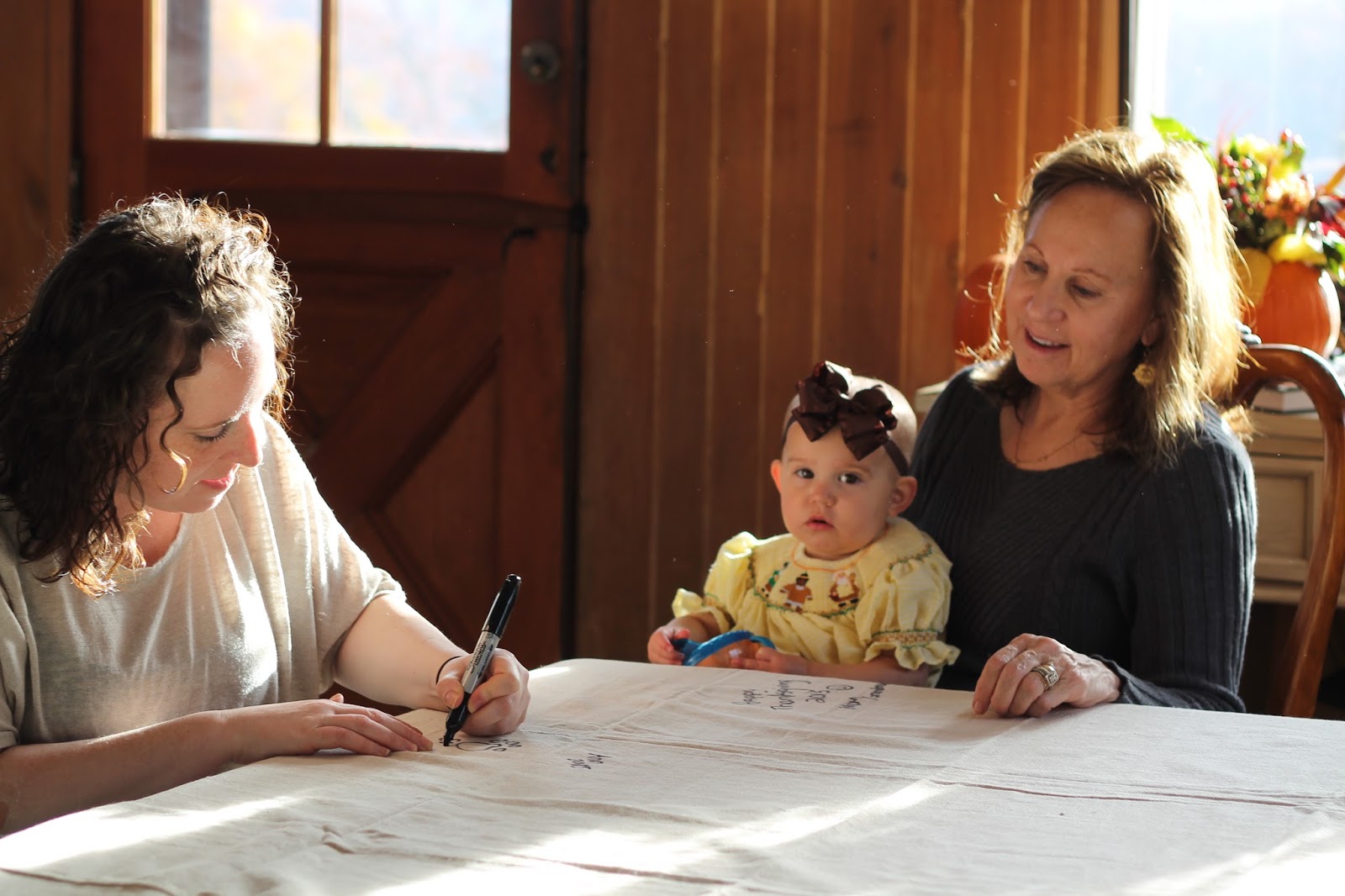 And for the centerpieces Matt’s mom hollowed out a few pumpkins and made some really pretty floral arrangements. She is seriously the most talented (house, flower, plant, holiday, etc.) decorator. Puts my tablescapes to shame! 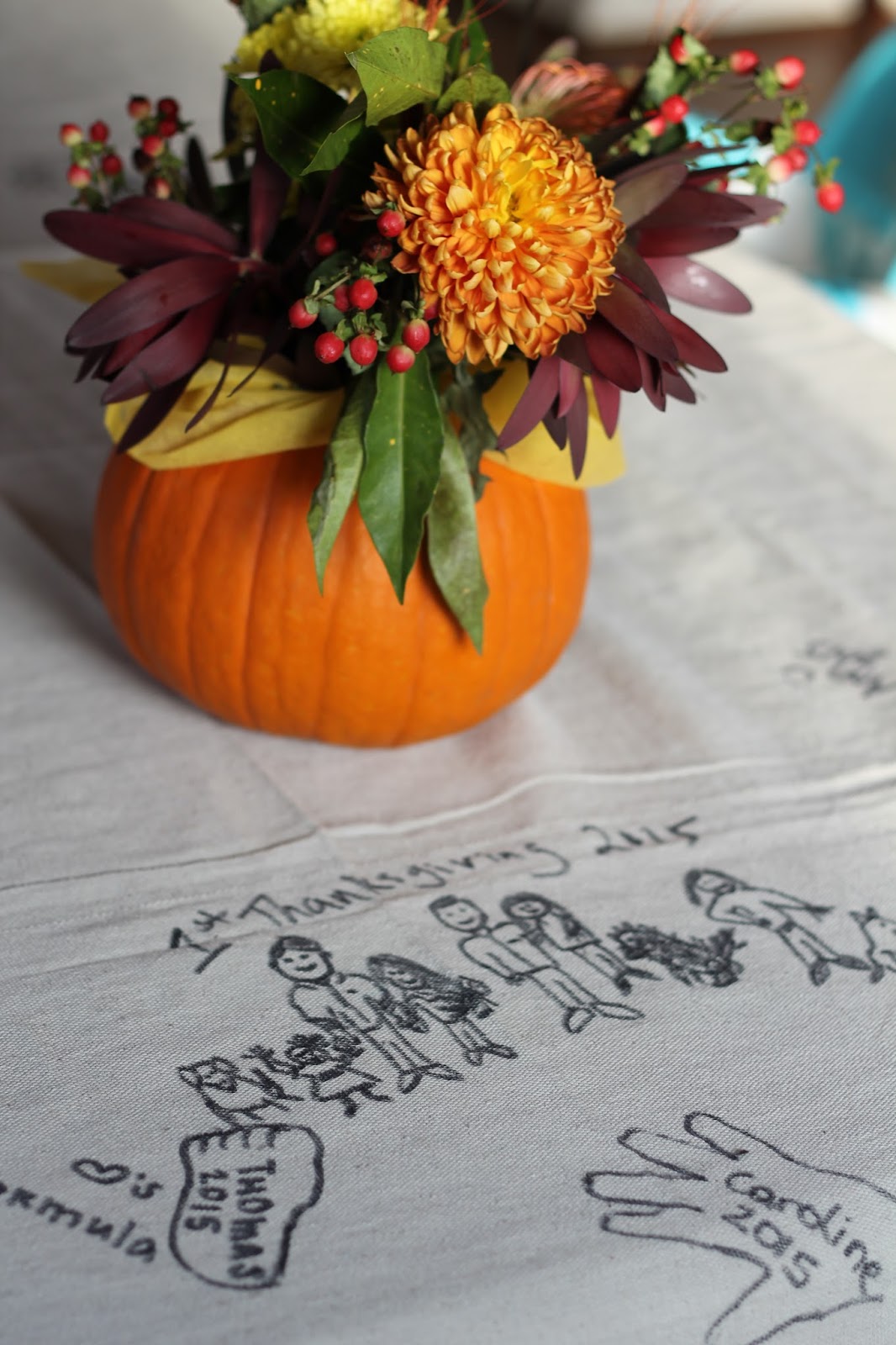 Matt decided to go all out and draw the entire family. Good work, Matt. 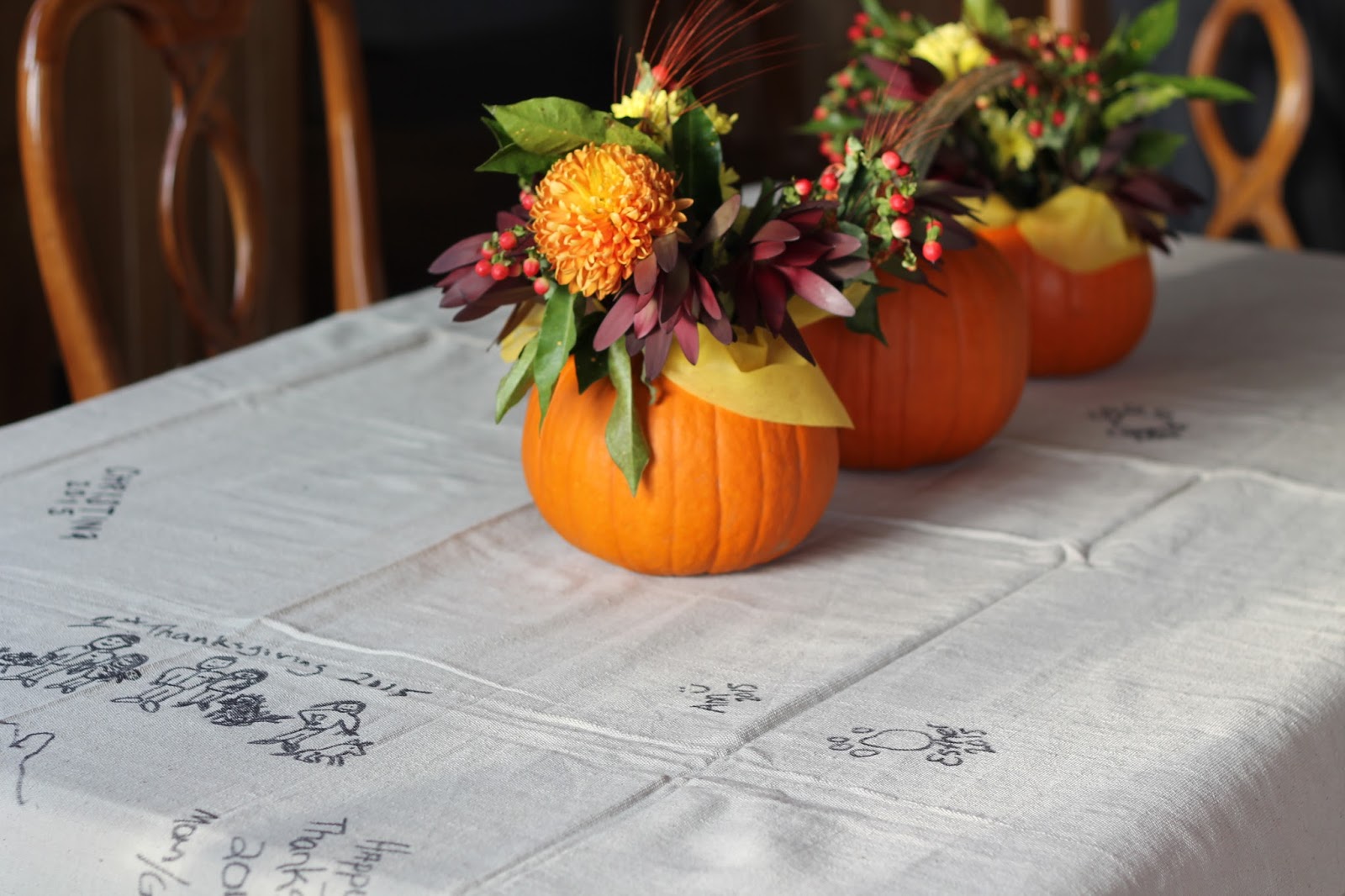 Other dinner preparations included getting Donald Duck seated at the table — Caroline’s request. 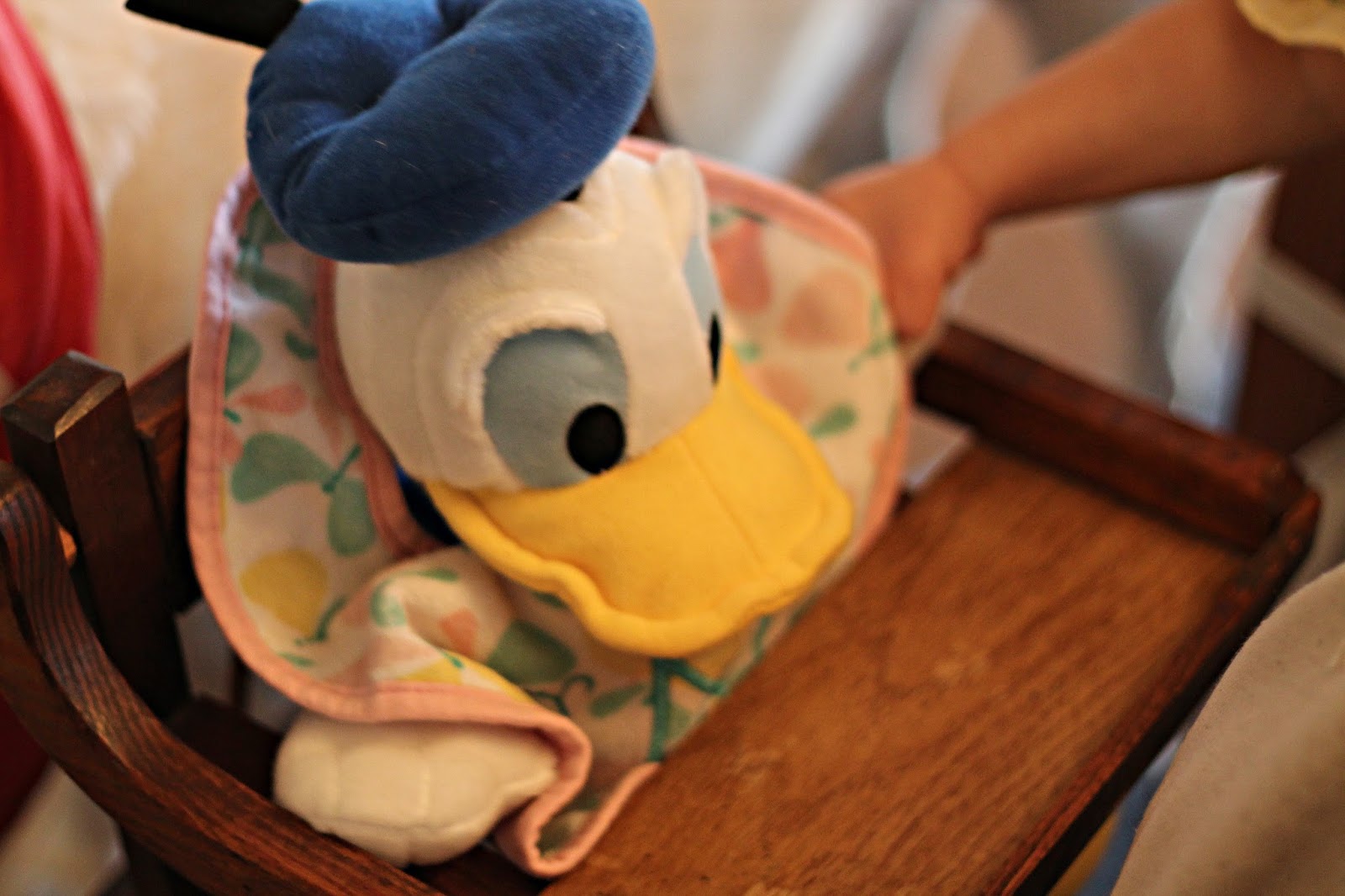 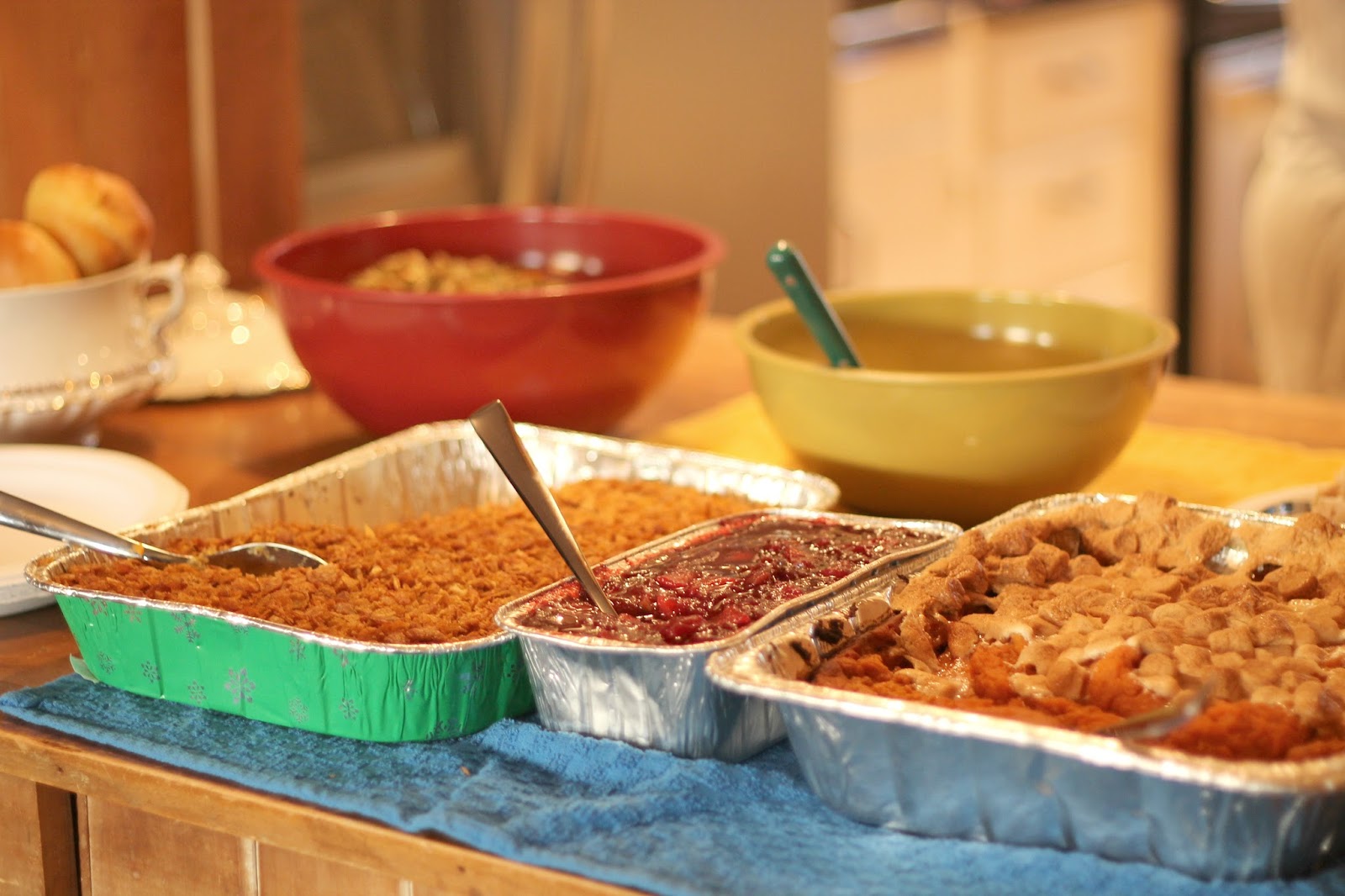 There was tons and tons and tons of food but I wanted to make sure I got a picture to document the cranberry sauce which was hands down my favorite food this year. Matt’s sister, Ann, made it and told us that the secret ingredient was chopped celery!!! Noted forever. Also, against doctors orders I whipped up a potato casserole as my contribution.

I just love this little video of the family giving thanks to God! We sure do have so much to be thankful for this year, not just the delicious food we ate. And Caroline loves it when we all hold hands and pray together. She knows not to eat until we’ve sang our little song and most of the time sings parts (or words) of it with us. And of course, she is an excellent little celebrator at the end of the prayer. 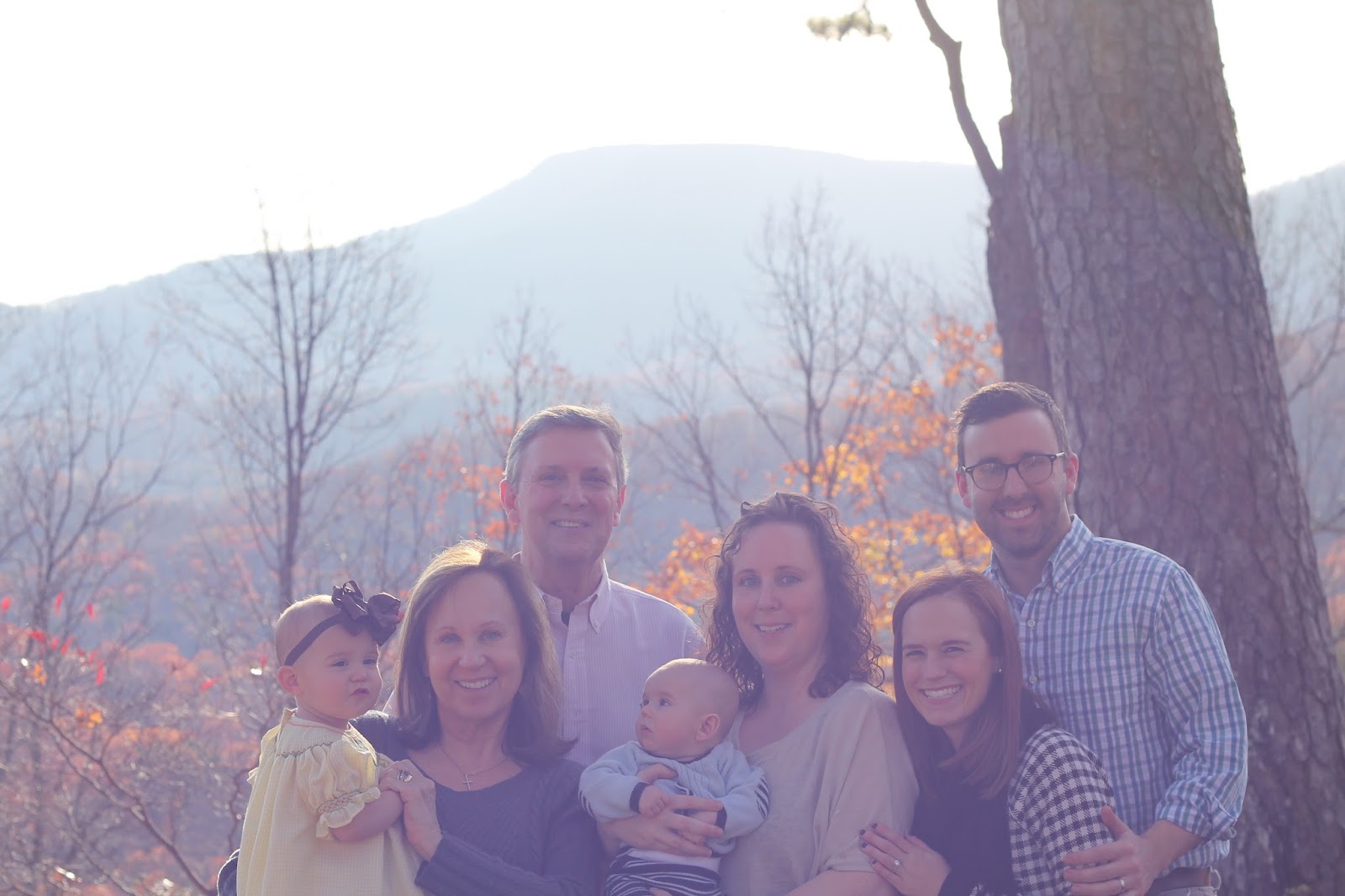 Shout out to Matt for building one heck of a seat cushion tri-pod to document our 2015 family Thanksgiving!