Our latest ginormous home project we have been tackling is our backyard! When we moved in it looked like this… 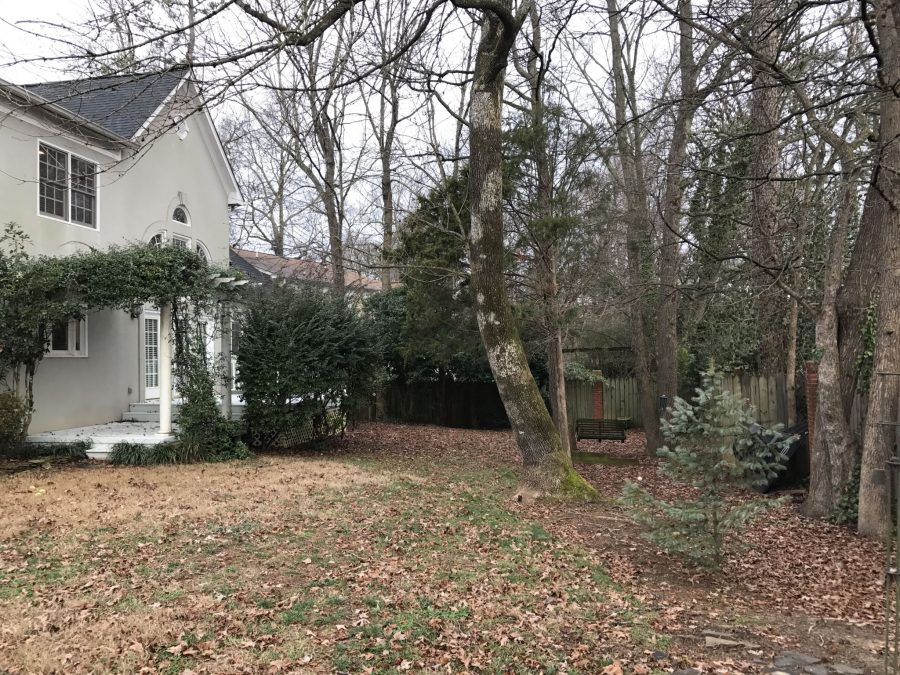 To be honest, I didn’t think it was all that bad. However, Matt’s vision went well beyond anything I could have ever imagined for this space. He saw plush green grass, tons of open space for the kids to run around, no gum balls and my hydrangea & peony dreams coming true. But for this to happen, we had to rip everything out of the backyard and start over from scratch. We received professional opinions from 5 different lawn companies before getting started. It’s going to be a long process but it’s been awesome to see the transformation so far. A few before & afters for ya:

First, we had to remove what felt like a million trees. Most of them were either rotten and leaning in uncomfortable directions or were evil gum ball trees that had to go. Then we ripped out all of the existing “landscaping” throughout the backyard. 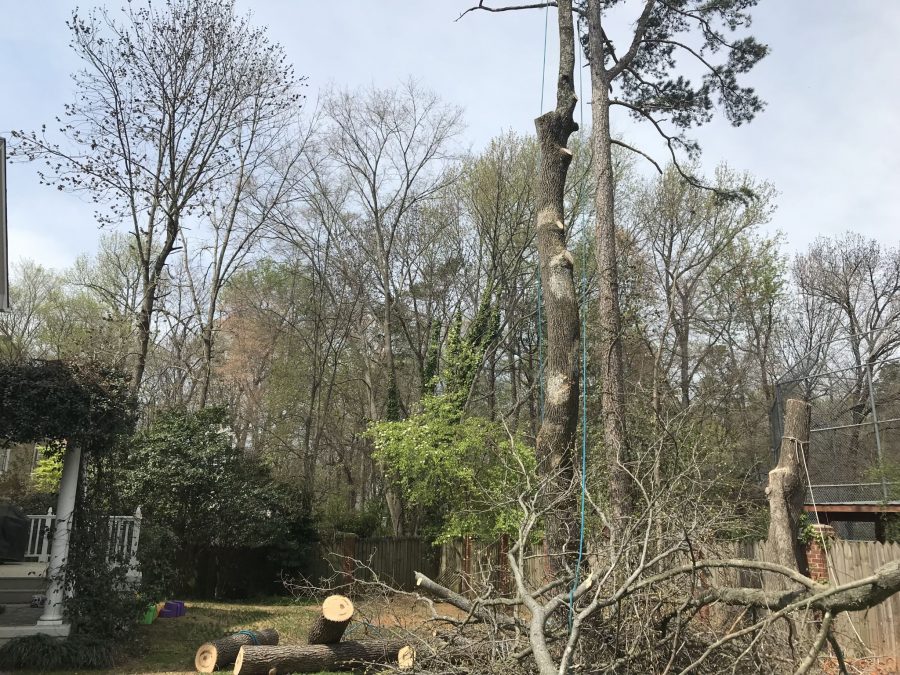 Once the trees and shrubs were gone we pressure washed our fence and stained it black. It was a risky move but turned out awesome, just as Matt had promised. 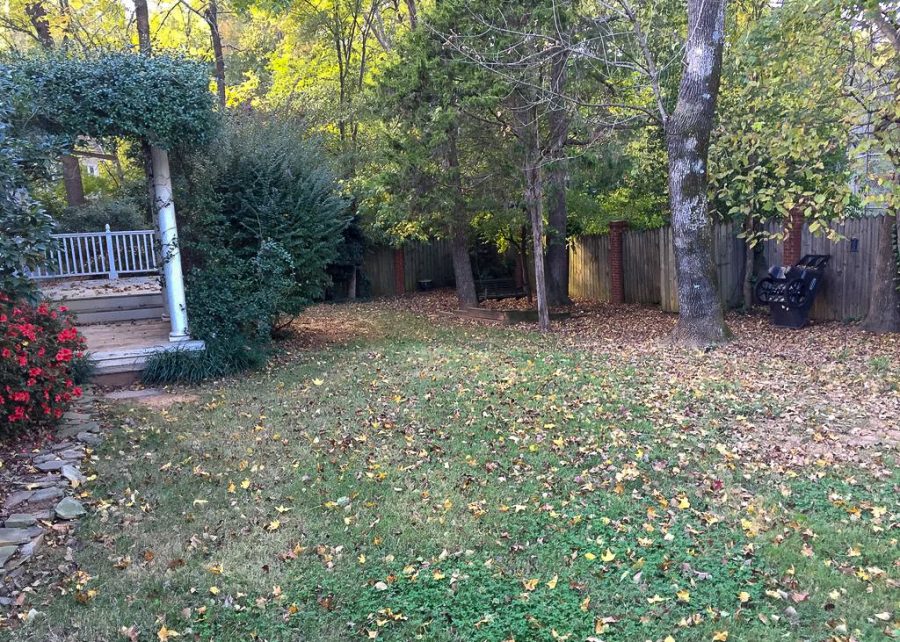 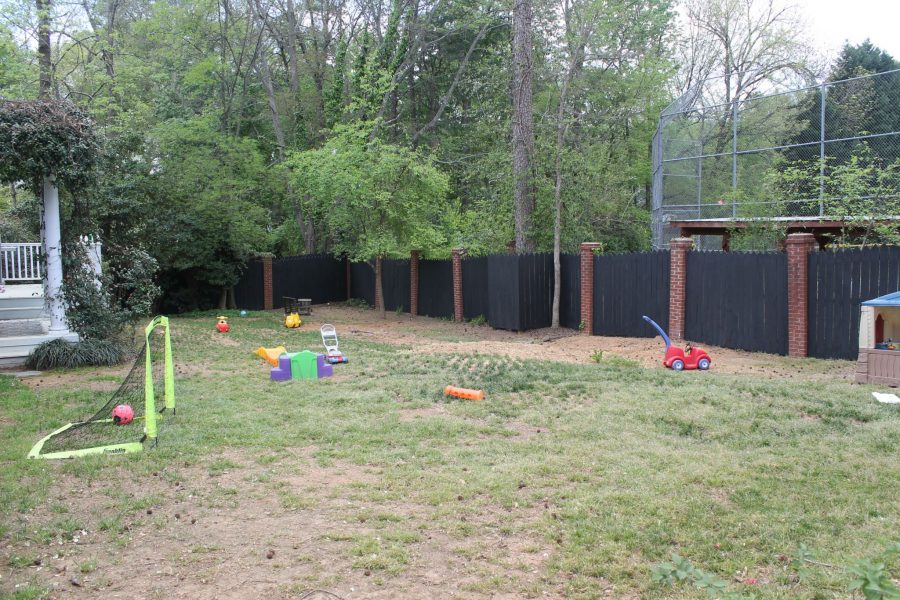 We had a french drain installed to move water away from our house to prevent our flower bed under our gutter from flooding. It was pretty much a mud pool against our house and into the yard every time it rained. This expense sucked but was unfortunately necessary. While installing our french drain we learned we had several breaks in the sprinkler system (which explains our insane water bills) and ended up replacing a lot of the sprinkler system. Fun times. 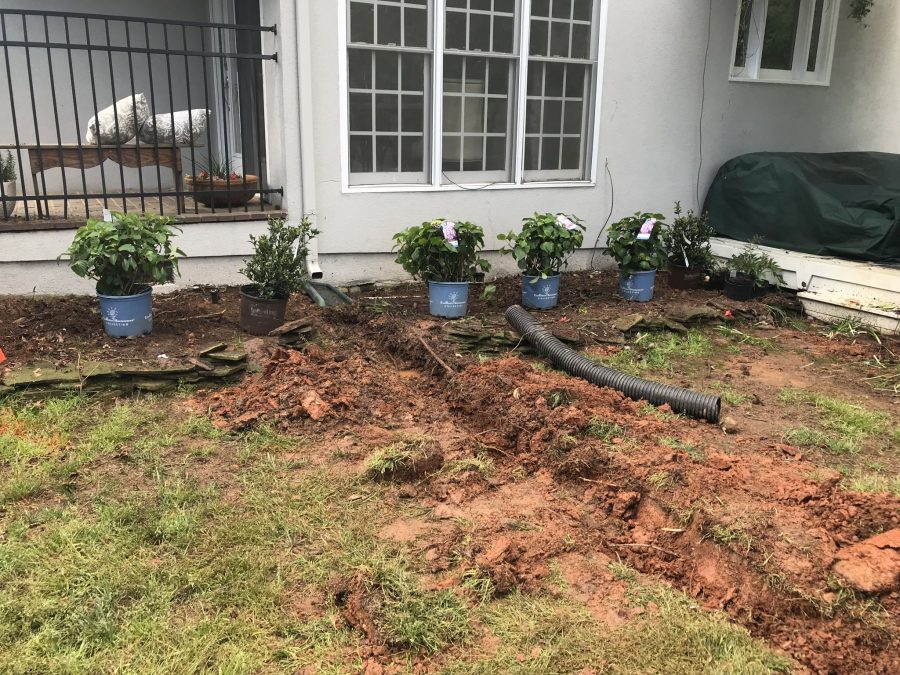 Plant, plant, plant, plant! With expert advice from our landscaping company we selected all of our plants based on where certain things in the backyard were most likely to thrive. The company also guided us to make sure we would have pops of color all year long, which is definitely something I would have overlooked. Once we made up our final selections we had 80+ plants planted and 12 yards of black cypress mulch spread — all in one day! 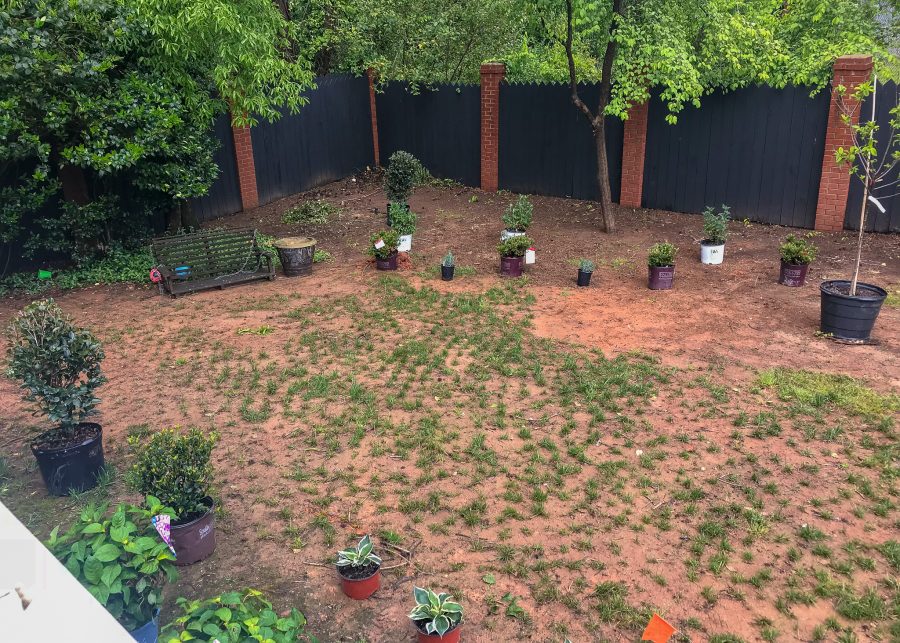 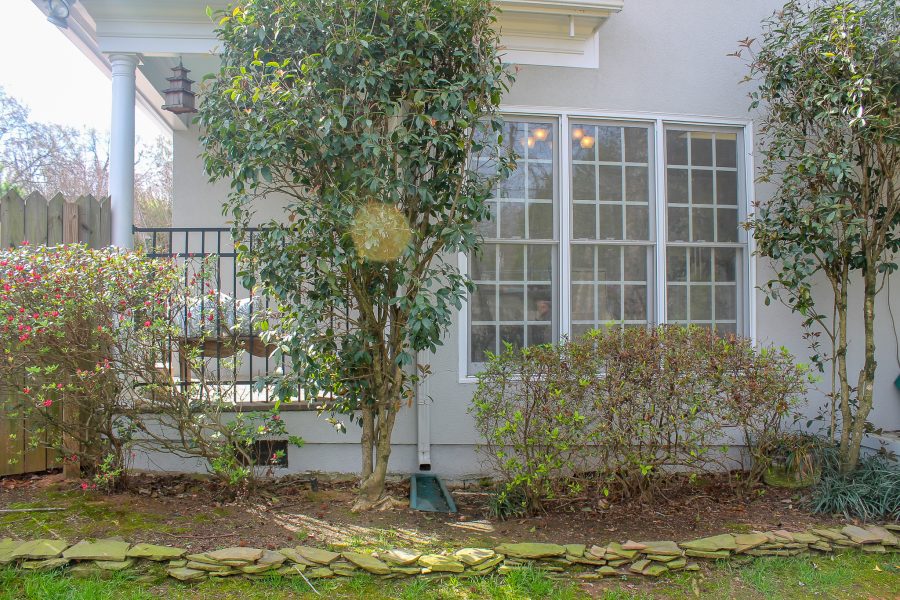 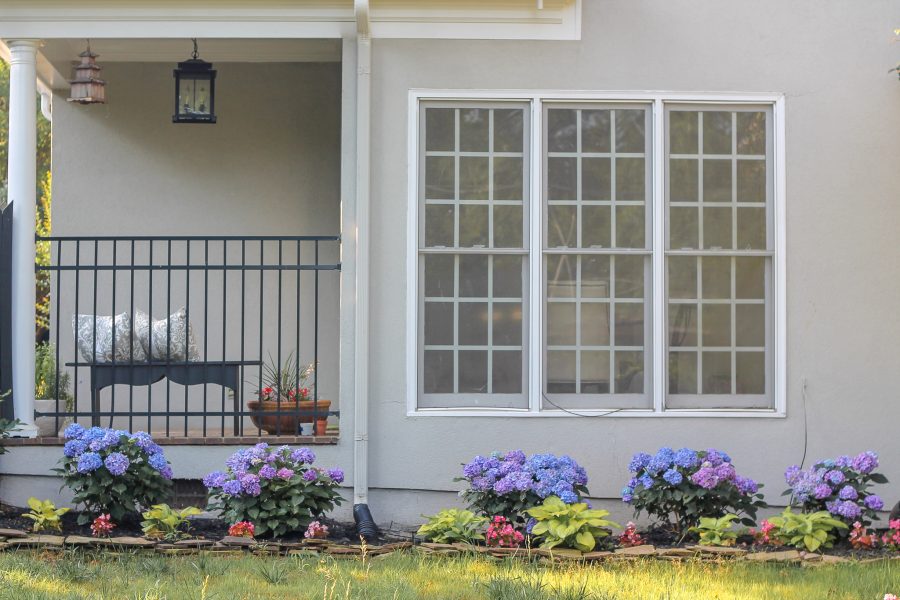 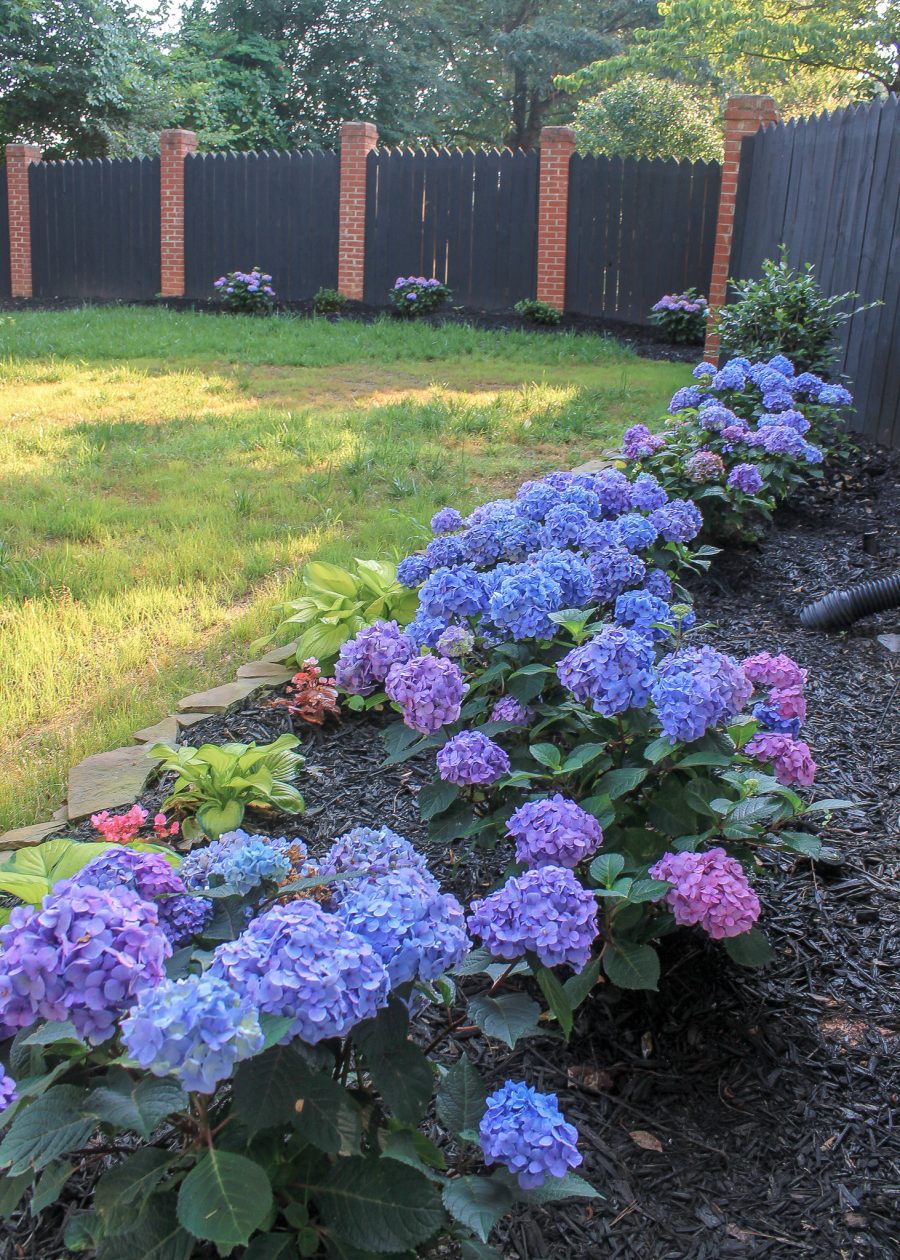 I’ve received a lot of questions from readers asking for advice on our hydrangeas! I wish I had a secret to share but the truth is they are brand new, so maybe ask me at the end of summer if they are still alive. Most of our hydrangeas get full sun all morning and shade in the afternoons. We didn’t use any special soil but Matt has been very diligent fertilizing them regularly. Matt also keeps maximum surveillance at all times on them because he knooooows how badly I want to cut them and bring them inside — but he says NO and that apparently we would jeopardize the awesomeness of next year’s blooms if we cut these early. BAH! Will someone find me a google article that states otherwise?! 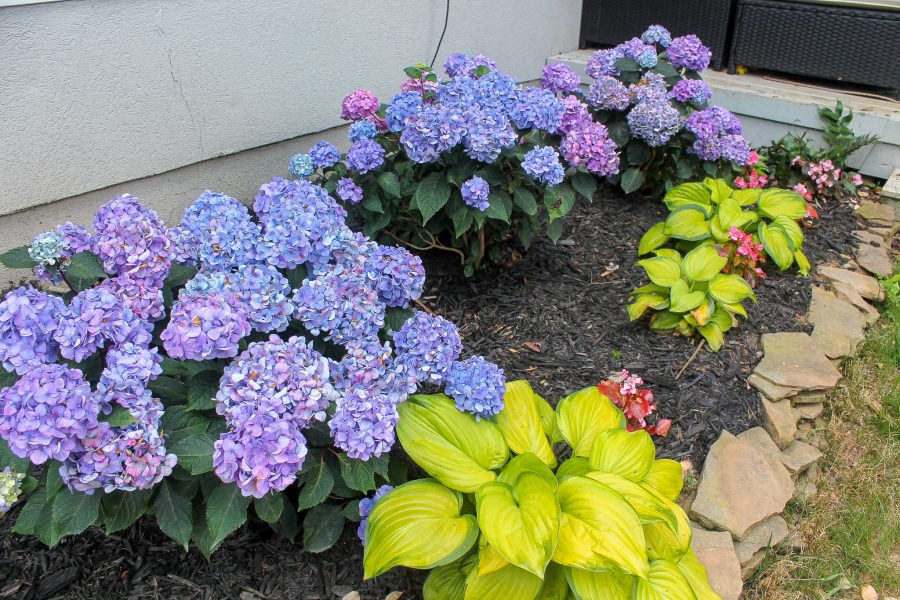 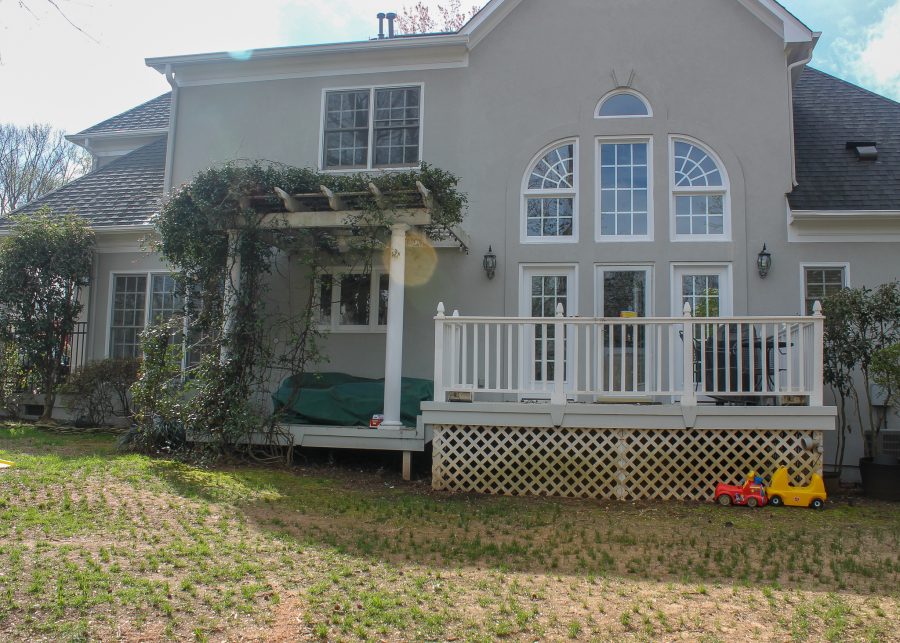 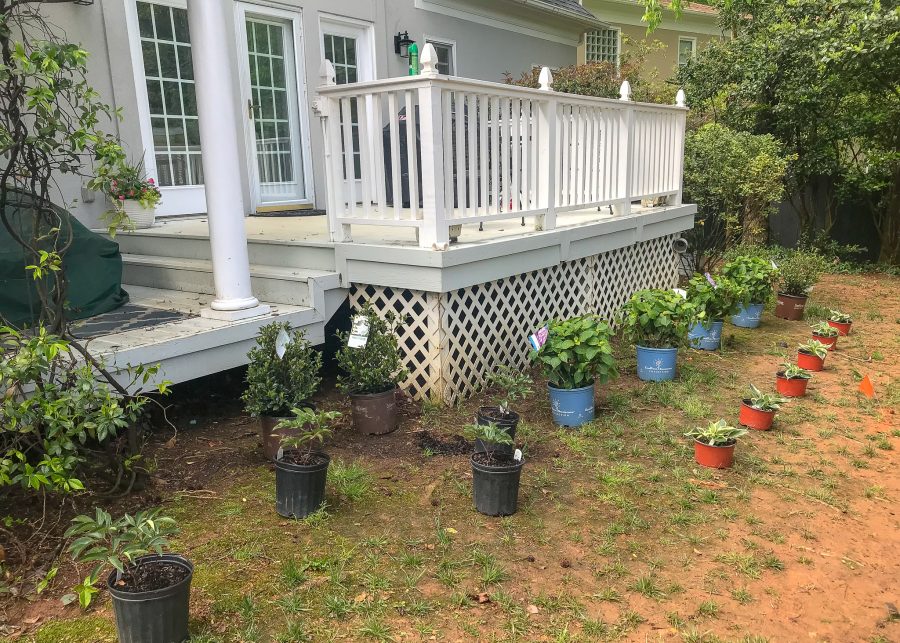 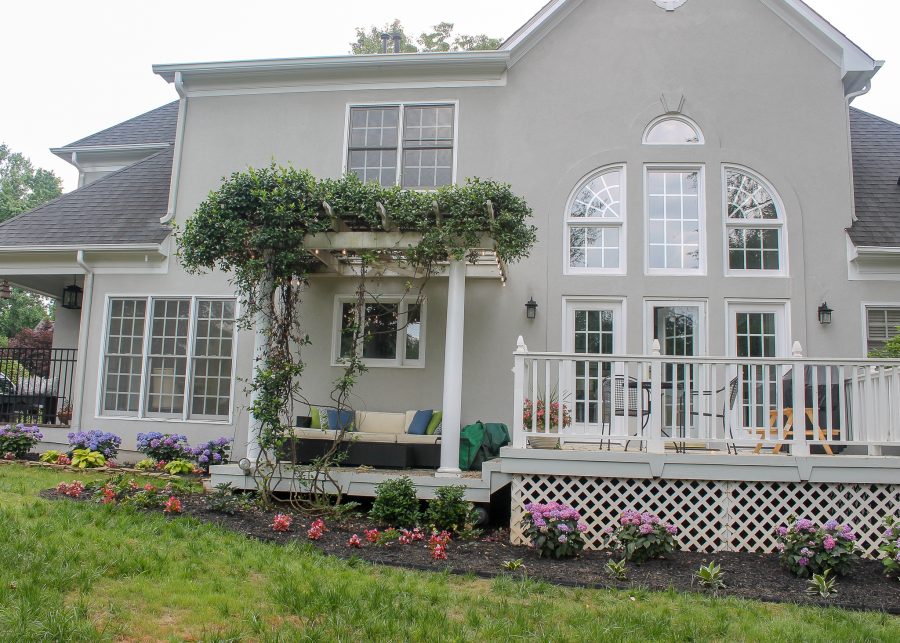 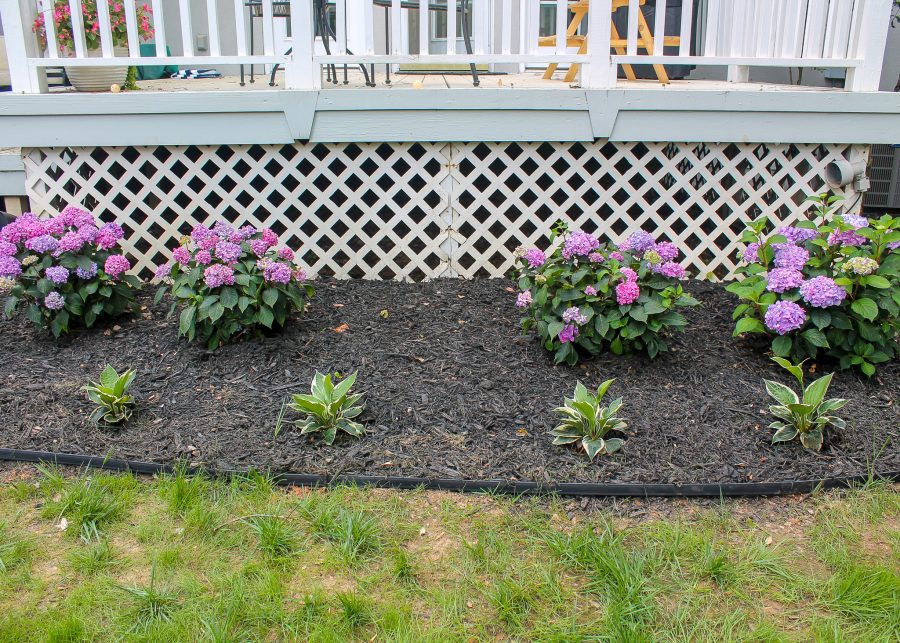 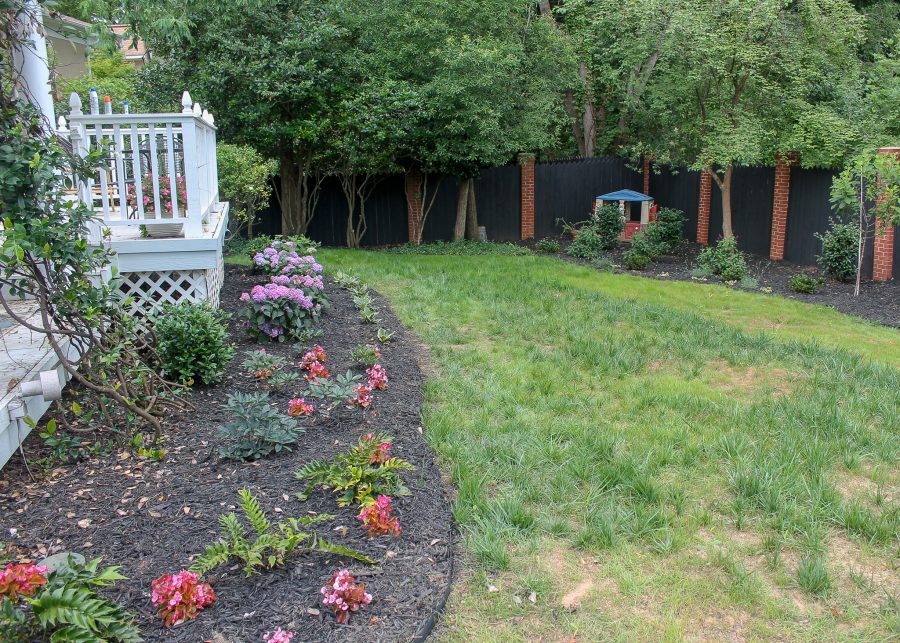 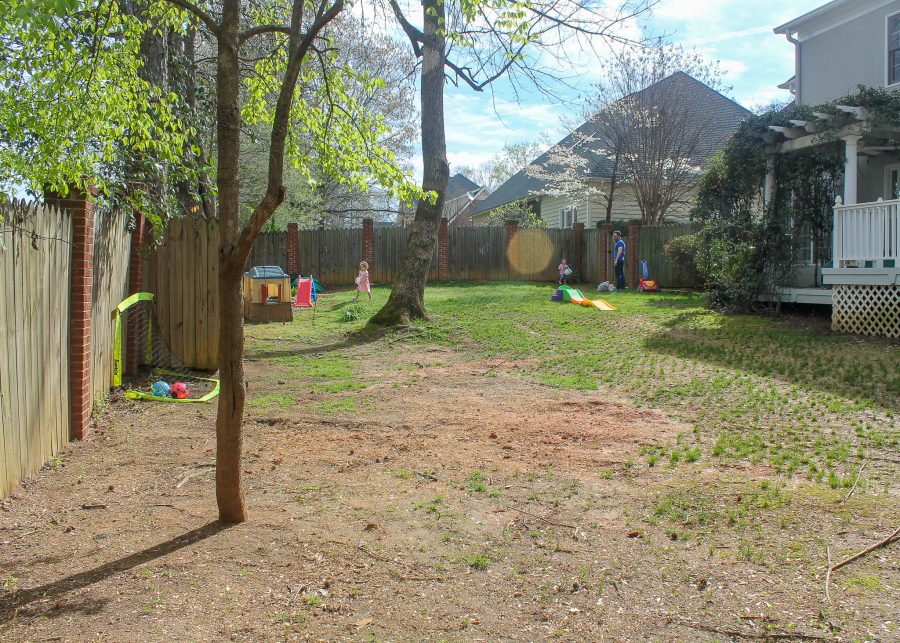 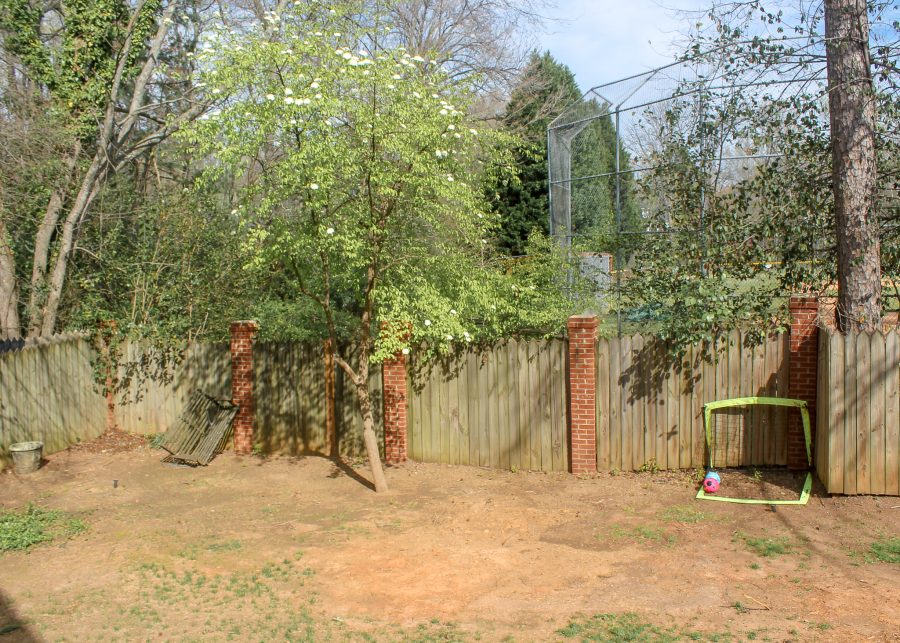 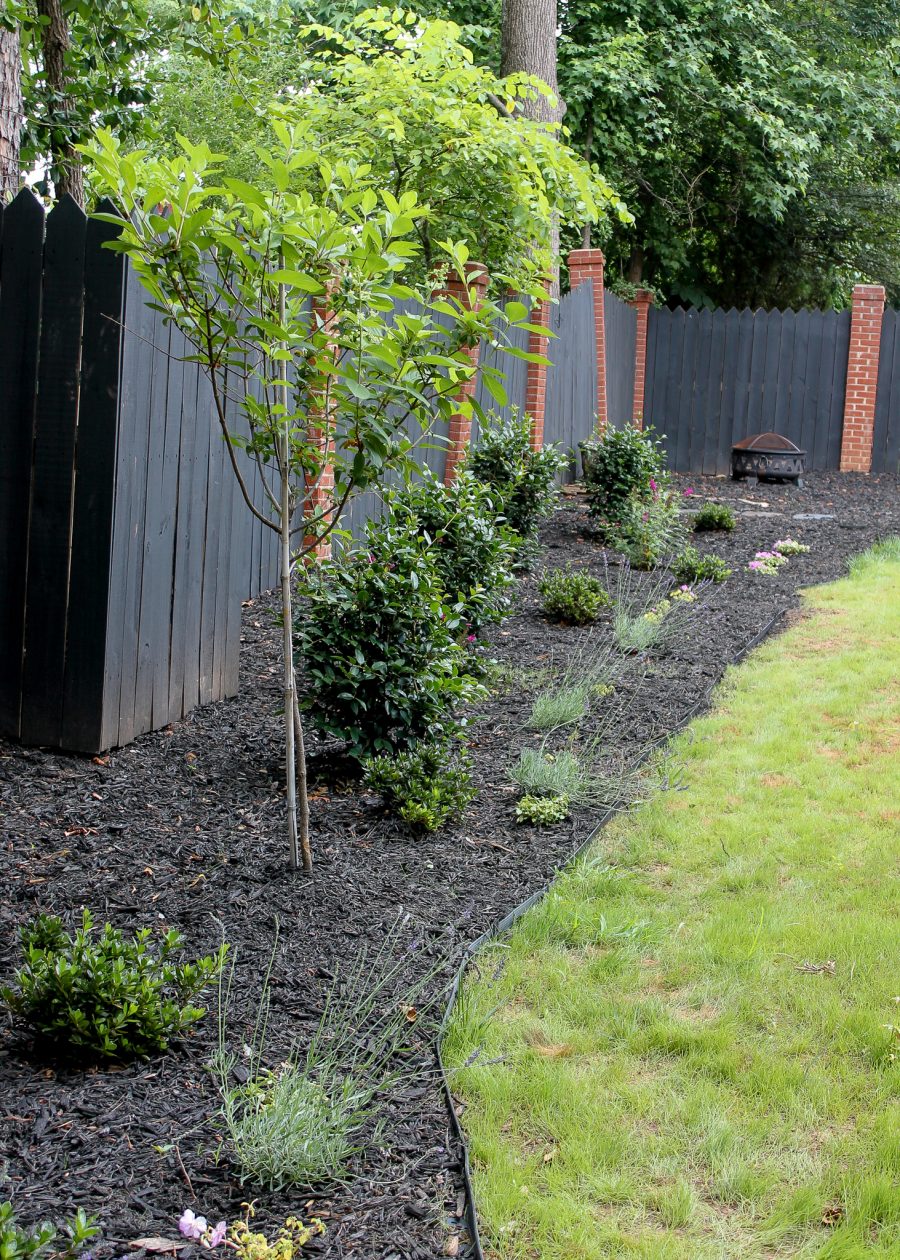 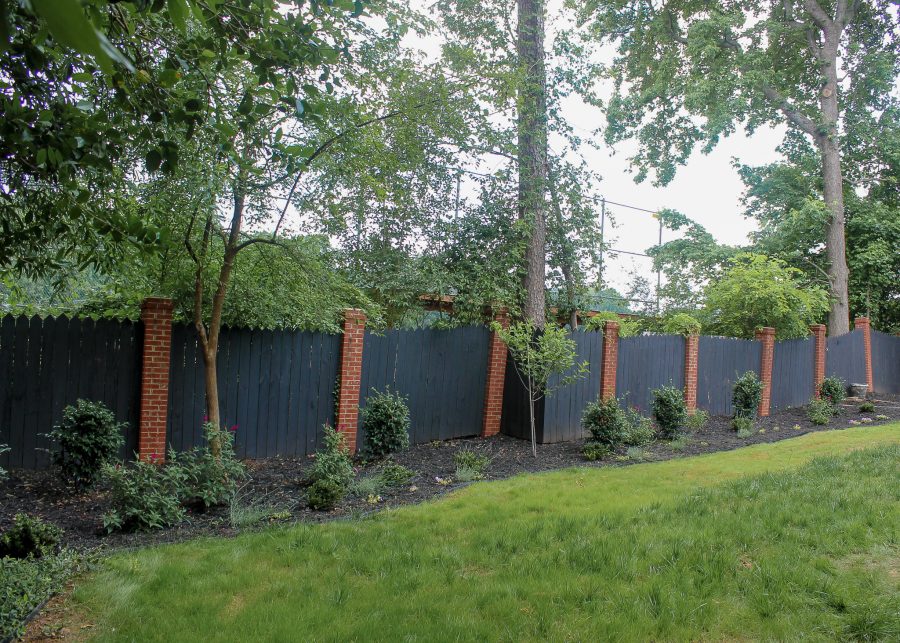 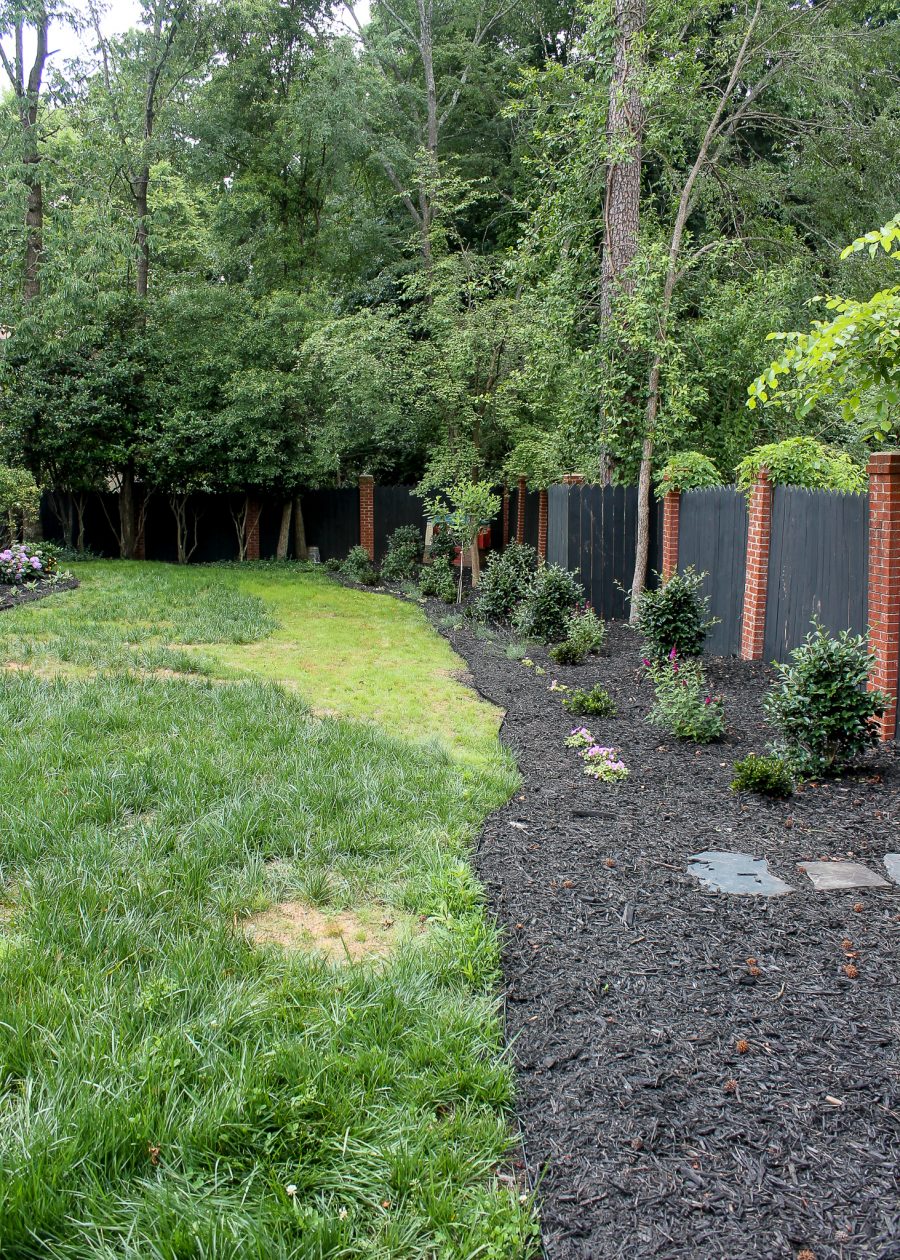 Grass! As you probably noticed our grass is undergoing a serious overhaul right now. Most of the yard was just weeds so we ripped out a lot of the yard, had it graded to level it out a bit, brought in 10 tons of new dirt to replace the clay and then laid seed. It’s going to take several seasons before our grass is fully grown in but Matt is so excited. In fact, I’ve never seen someone so excited about…grass!

I should also note that last weekend Matt installed a trim around the flower beds to keep the mulch from sliding into the yard. And it looks so good!

There are a few other projects ahead for the yard but we are loving the progress so far and have been spending SO much time in the backyard this summer enjoying it. 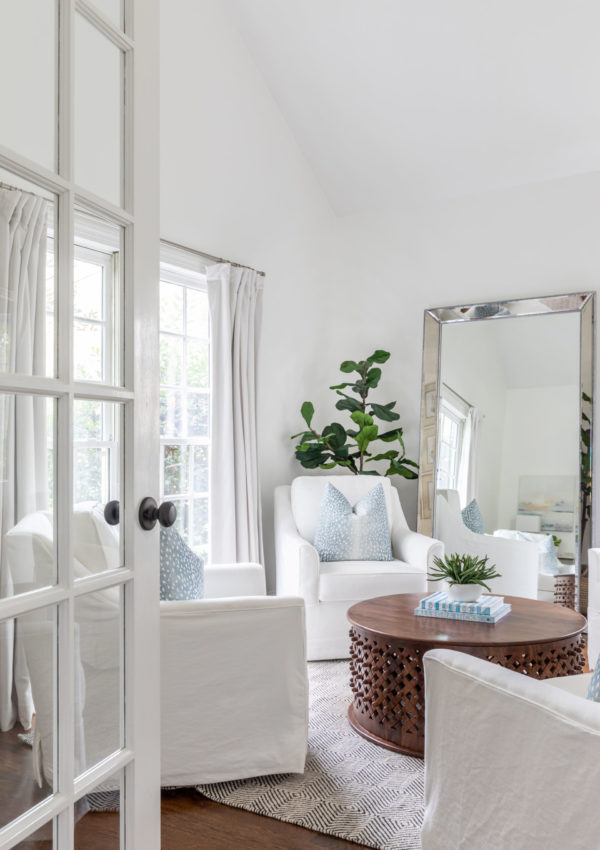 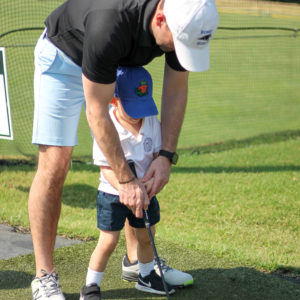