We got home last night from a long weekend in Florida!

While it wasn’t all sunshine and smiles, it was a mostly great weekend spending time with family.

We drove down (all day) on Thursday and arrived right at dinner time. The kids were absolutely terrific on the drive down — like A+ behavior. We’ve made this trip a million times and I’m just so grateful for how much easier it is to travel with them at these ages.

For dinner, mom made her famous spaghetti dinner (which is always a guaranteed meal when we come down). Uncle Nick came for dinner too and we all had so much fun catching up while watching (and scoring) the kids’ cannonballs into the pool.

Friday was unexpectedly a rough day. We had promised the kids we would take them to the beach for the day…and then Thomas woke up with severe eye pain and couldn’t open his eyes. We are almost positive he got chlorine trapped under his contacts from the pool the night before which absolutely sets his eyes on fire.

We spent all morning frantically calling eye doctors around Orlando and no one could squeeze him in for an appointment so we began packing up the car to race back to Charlotte in hopes we could get an emergency appointment with his eye doctor before they closed for the weekend.

We were just about to head back to Charlotte when we finally received a call back from Thomas’s eye doctor. He told us he would not be able to see Thomas that day and suggested we take him to urgent care if there wasn’t any improvement with the at-home treatment options he recommended. Soooo, we unpacked the car and got Thomas comfortable in bed for the day.

After a long nap, medication and lots of eye drops, we were insanely grateful to see some improvement by the afternoon. Over the course of the day he was able to fully open his eyes and we were able to get some of the inflamation under control.

The day absolutely sucked for Thomas, but I’m so proud of him for being such a champ. Without contacts he does not have any vision at all (like looking through a super bright frosted window), so we let him listen to anything he wanted on the ipad, eat ice cream for lunch and Caroline was the sweetest little nurse bringing snacks and anything he wanted all day.

We were anxious to see what Saturday morning would bring in terms of improvement and were incredibly relieved when Thomas woke up feeling 80% better. His eyes looked so much better too so we were able to get his contacts back in which was a victory.

Our original plan was to have a pool party at my sister’s house but we of course pivoted since Thomas absolutely could not be around chlorine. So we took all the kids to Defy, a trampoline park (which is my personal nightmare but the perfect indoor activity for the kids) — and they had an absolute blast. Thomas is obsessed with trampoline parks and is constantly begging to go, so he was over the moon to jump around with his sister and cousins all morning.

Afterward, we grabbed lunch at Gatlin Hall and spent the rest of the afternoon and evening at Lindsey’s house where I whipped up a new margarita recipe (coming soon!!!), the cousins ran around with each other and Lindsey & Ryan made a delicious shrimp boil for dinner!

Sunday morning we packed up and made the very, very, very long drive back to Charlotte! 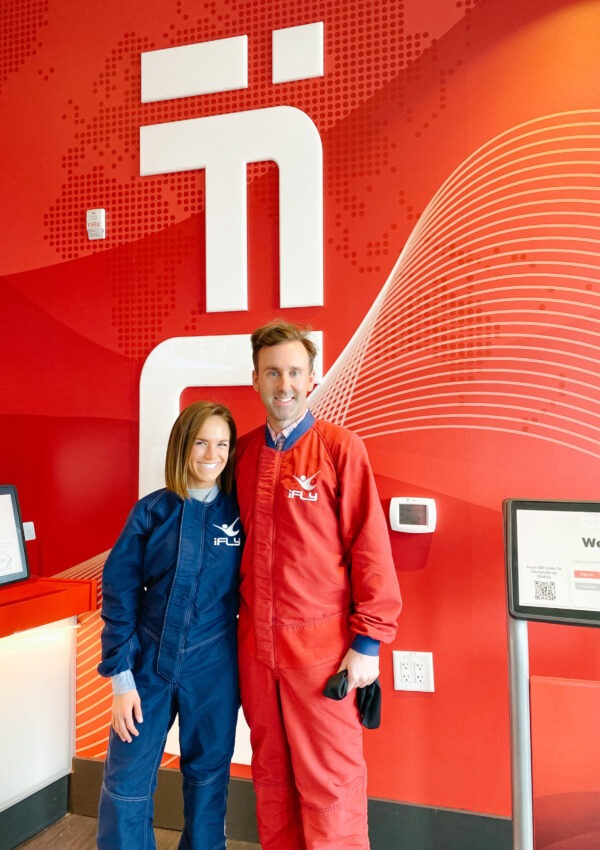 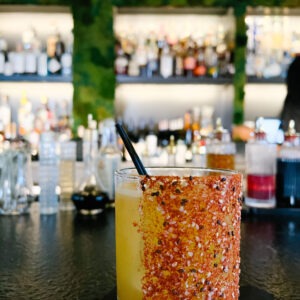