Today Thomas turned THREE! It’s hard to believe our littlest baby is three years old. This past year has been my favorite one yet with our Tom. He is so much fun to be around. First and foremost, this little man loves. to. dance. He will stop whatever he is doing and immediately start dancing anytime he hears music — in a store, restaurant, TV commercial, anywhere! He gets those little shoulders rolling first, starts bobbing his head and then he busts out the breakdance, spinning around the floor on his hands then pulses one little leg up behind him in the air. Oh, and it doesn’t matter if anyone is watching or not. I love to catch him from the kitchen window dancing outside to our speakers all by himself. When he isn’t dancing, you can find him laying on his side on the floor pushing a car or truck back and forth in front of his face. He could play with cars or trucks for hours and must sleep with a few of his favorite cars in his bed each night. He would also live outside if we let him. He loves to sit and play in his ride-in truck, regardless of whether or not it’s charged, his favorite sport right now is golf and he will jump on his bike or rollercoaster any chance he gets, which usually adds 5 minutes in the garage on the way to the car. He loves to swim. He asks to go to church every morning. He is fearless and tough and rarely cries over skinned knees (which he gets often). He can’t be apart from “sissy” — ever. He relies on her to do everything for him from fixing him a snack to putting on his shoes each morning. In all their pretend play together he is always the baby, the cat, the student, the patient or the shopper. His favorite color is orange. He is an adventurous eater and loves hotdogs, lettuce (what?!), smoothies, popsicles and any kind of fruit. When Caroline isn’t talking over him he can be very chatty and it so fun to hear him excitedly tell us a story.  He is still our best little sleeper. He will pull his contact right out of his eye if it is bothering him and hand it to his teacher at school or me/Matt at home. He also tolerates his contact cleanings so well now. He has the absolute best belly laugh. Oh gosh, I hope I never forget it. He is just so awesome. 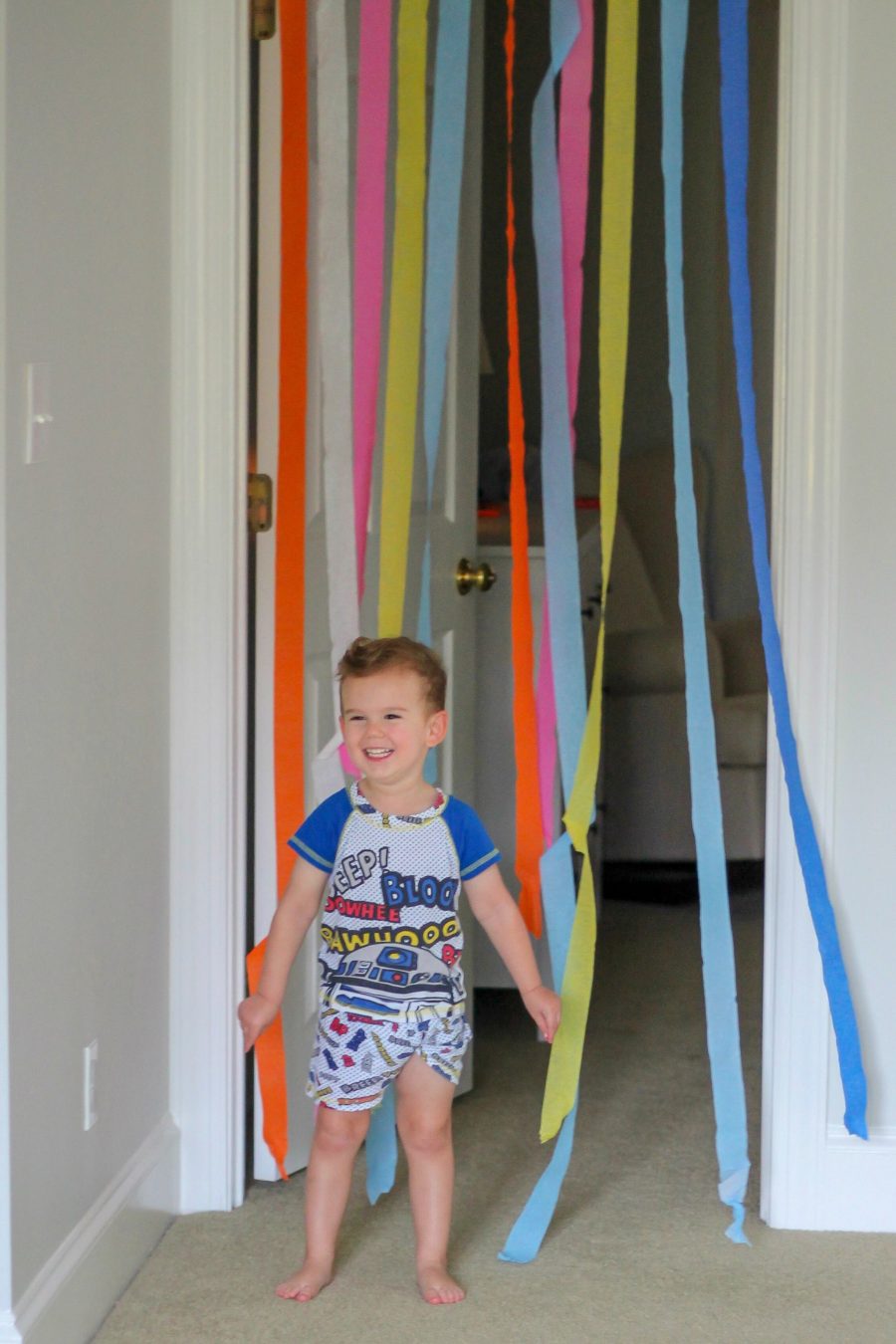 To celebrate his birthday, we took Tom Tom out for pancakes — our annual tradition. 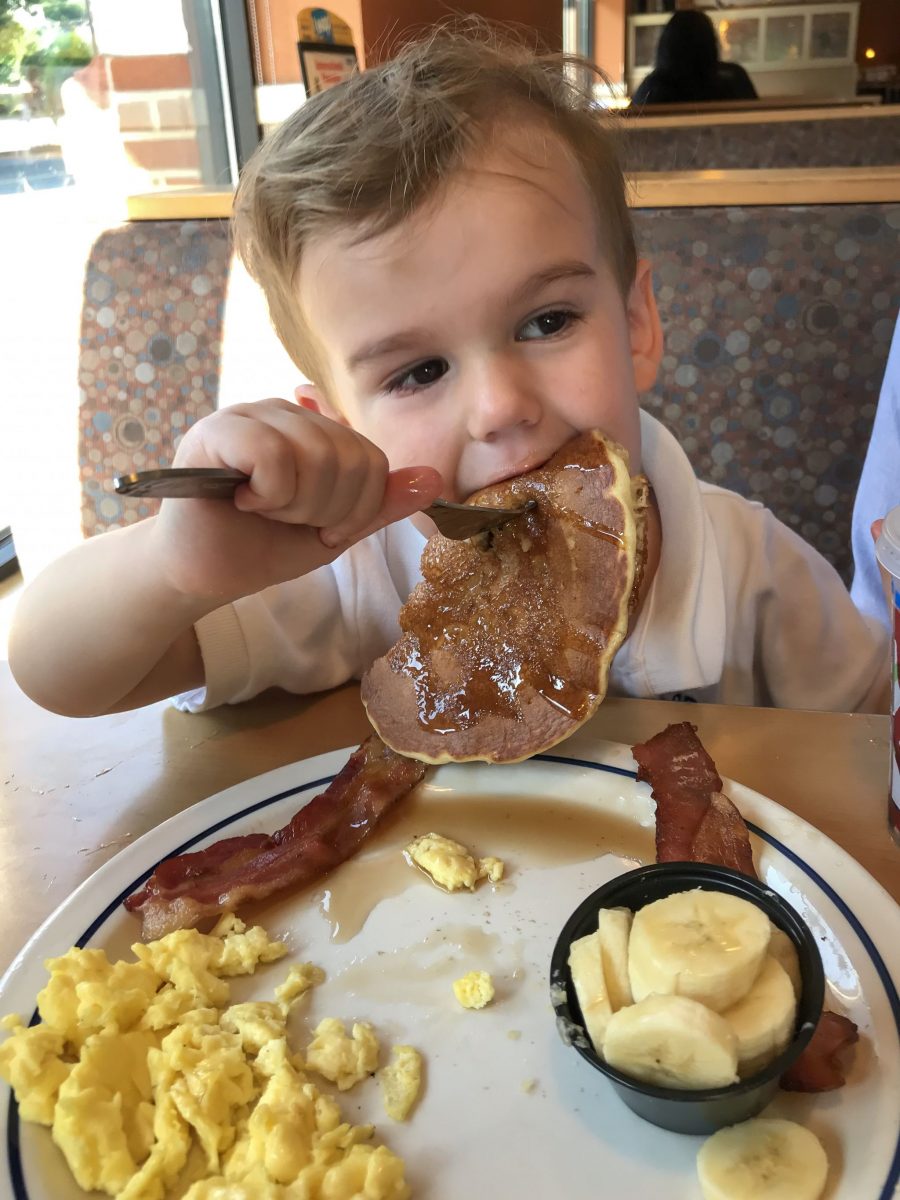 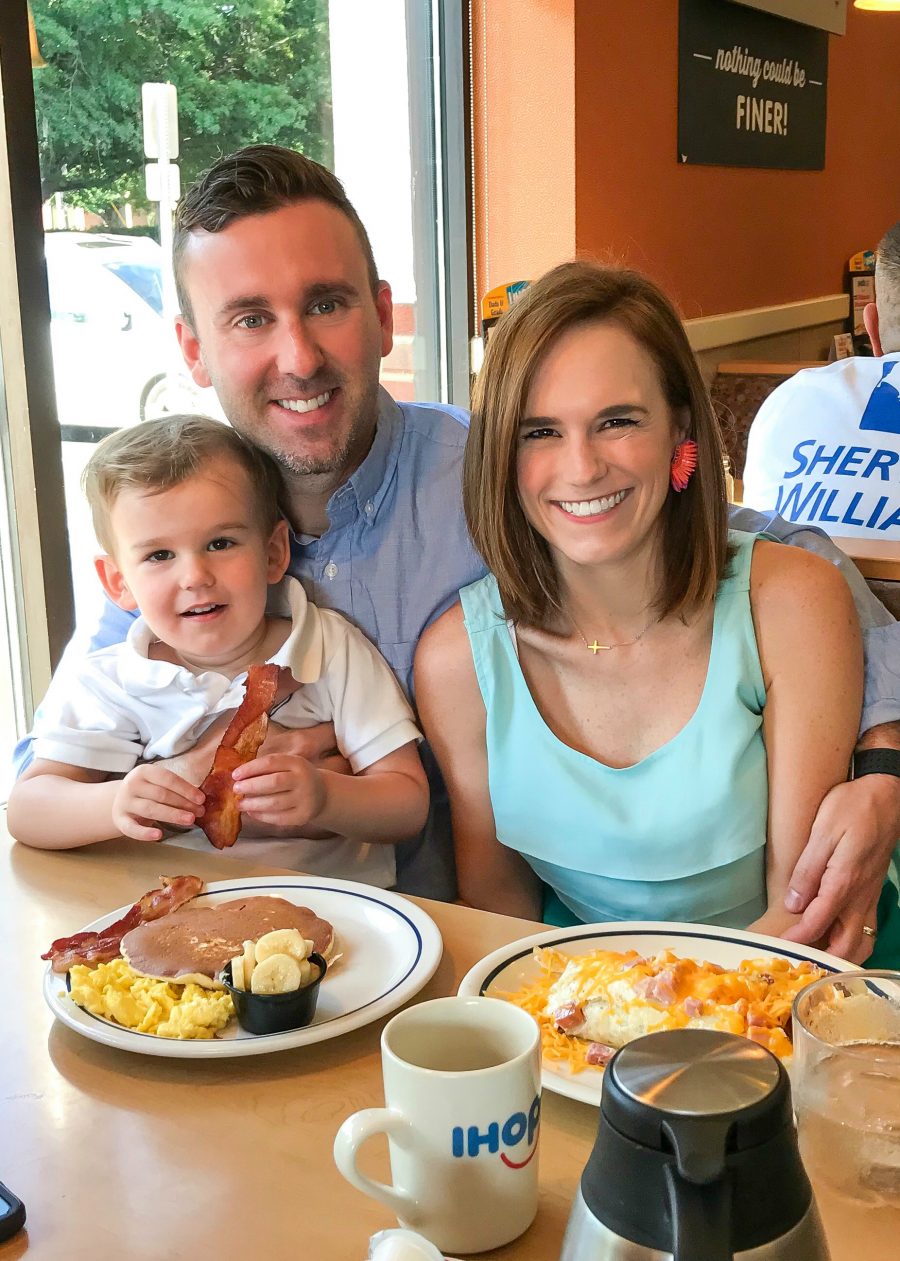 At school Thomas and his friend & birthday twin, Ellerbie, continued the celebration with cupcakes!

Even though three can be a tough year, it was one of my favorites with Caroline and I am beyond excited to watch our little man continue to grow and thrive this year. 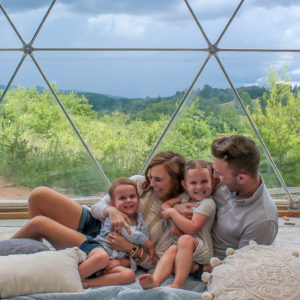